Phelan Connally, 27, pleaded not guilty on Monday to killing a man in the wooded area near Bushmaster Park on the east side of Flagstaff in late March.

Connally waited for officers to appear at the scene of the crime and was interviewed and booked by police on second-degree homicide charges. Hart is from Oklahoma and died at the scene.

Connally is currently being held on $100,000 bail in the Coconino County Detention Facility.

Charles Hernandez, spokesman for the department, said detectives are still working on the investigation.

While Connally alleged to police that he stabbed the victim three times, Hernandez did not confirm how many times Hart was stabbed. He said the department is waiting for the results of the Coconino County Medical Examiner's report.

Authorities have interviewed all witnesses and are hoping to review video surveillance from a nearby business and finish their report soon.

"We hope to help verify and solidify the statements that were provided regarding the initiation of the altercation and escalation to the stabbing," Hernandez said.

The first officer on the scene said he saw Hart bleeding on the ground in the area behind Sacred Peaks and between Bushmaster Park at around 2:56 p.m on March 29. Sacred Peaks medical staff were giving Hart CPR when he arrived.

The officer went to the wooded area behind the Park Santa Fe Shopping Center to find the suspect, who reportedly still had a knife in his possession, according to court documents.

Connally was found at the scene and spoke to officers about what happened. He alleged he was trying to leave the area when he saw a woman fall over. Hernandez said the woman likely fell because she was intoxicated.

Connally said he went to help the woman when two men chased him away. Connally alleged he began to leave and said he was going to call an ambulance for the woman when Hart told him to stop.

Hart then tried to start a fight with him and spoke to him aggressively, Connally said. Connally allegedly told Hart that he was leaving and Hart reportedly slapped him once in the face.

Connally said that he “instantly” stabbed Hart after being slapped, according to court records. The suspect then called police as Hart walked away from him.

Public Defender Roberta McVickers is representing Connally in the case, and declined to comment at this time. Connally has no prior arrests in Coconino County.

One person dead after stabbing, Flagstaff man in custody

The public defender for Phelan Connally, a 27-year-old man charged with manslaughter, has argued Connally’s way out of jail despite prosecutor…

There’s Still $130 Billion Left for Small Businesses. Here’s How to Get Your Piece

Flagstaff Police Department tape blocks off the scene of the March 29 fatal stabbing near the Park Santa Fe Shopping Center on the east side of Flagstaff in this file photo. 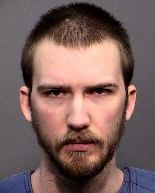