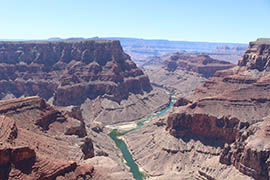 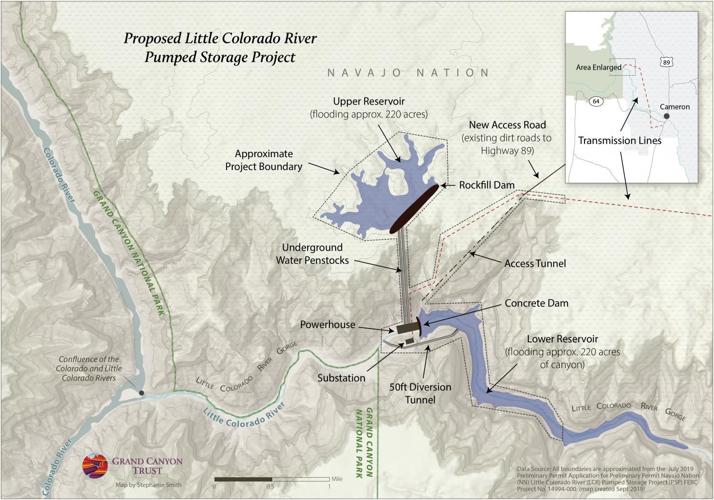 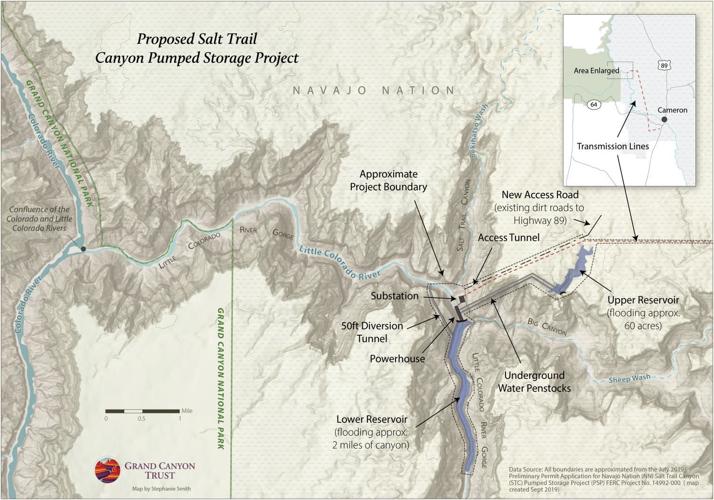 Many of the comments filed before the comment window closed criticized Pumped Hydro Storage LLC’s applications for four dams in the Little Colorado River.

The Federal Energy Regulatory Commission permits, if granted, would allow Pumped Hydro Storage to study the impacts of constructing the four possible dams. The Navajo Nation owns the land where the dams are proposed, and would need to approve any project for development. The first proposal is a half mile from the boundary of the Grand Canyon National Park and is called the Little Colorado River Pumped Storage Project. The other is five miles upstream and called the Salt Trail Canyon Pumped Storage Project.

The comments filed stem from many groups, including conservation and recreation groups as well as Native American tribes.

Earthjustice, a legal environmental organization, filed a motion to intervene in the process on behalf of seven conservation groups: Save the Colorado, Grand Canyon Trust, Living Rivers, Colorado Riverkeeper, Sierra Club, Waterkeeper Alliance Inc., and Wildearth Guardians. Some of these conservation groups also filed comments on behalf of other members of the public.

The filing argues that allowing the corporations to conduct the studies would be a waste of FERC’s time, Earthjustice’s attorney Michael Hiatt said.

“These pumped hydro projects are proposed at the exact wrong location to have pumped storage,” Hiatt said. “It’s unreasonable and inappropriate to build new dams and reservoirs right outside of the Grand Canyon National Park.”

The chub originally evolved within the rushing waters of the Colorado River before Glen Canyon Dam was constructed, and thrives in warmer waters. The Little Colorado River has become a critical resource for the restoration effort, as its warmer and undammed waters offer a place for it to spawn.

Steve Irwin, the applicant from Pumped Hydro Storage LLC, now understands the impact the dam could have on the chub, saying he had heard many people’s complaints. Despite the complaints, Irwin suggested the location is great for a dam due to the steady source of water and steep walls.

He defended his proposal, saying the electricity and jobs are needed in the region, and that he would be willing to modify the project going forward to a certain extent.

“I’m sure it will change. No battle plan survives the first day of battle,” Irwin said. “We have flexibility to make changes. In some of them, we might not be able to. We might have to walk away. Others we might change them a bit.”

These proposals are two of five that Pumped Hydro Storage has filed around Arizona, including one on the San Francisco River, one on the Gila River and one on the Salt River, according to FERC documents.

Both the Little Colorado and Salt Trail Canyon proposals would have water travel from the higher reservoir into the lower reservoir and pass the water through turbines to create their energy.

In order to transmit power from the dam to the Moenkopi switchyard near Cameron, Pumped Hydro Storage proposes building a 22-mile long, 500 kilovolt transmission line.

The transmission line from the dam to the Moenkopi switchyard would only be 20 miles long.

Opposition from many groups

The Hopi Tribe's chairman and vice-chairman opposed the proposal due to the "living relationship" their people have with the land of the Grand Canyon, Chairman Timothy Nuvangyaoma wrote in the filing. The people of the Hopi Tribe make pilgrimages and deliver offerings to their ancestral Hopi lands to reinforce that connection.

"Any development within the area of the confluence will forever compromise the spiritual integrity of this sacred place," Nuvangyaoma wrote.

Hualapai Chairman Damon Clarke questioned why the Navajo Nation is the only tribe considered as “interested in, or affected by” the proposal in the tribe’s filing, citing the original proposal. Clarke used the Glen Canyon Dam Adaptive Management Program as an example of their tribe’s inclusion in dam management, including the Hopi, Navajo, Zuni Pueblo Tribes and Southern Paiute Consortium also as active participants.

“As the Little Colorado River is an integral part of this greater ecosystem, the adverse effects likely to result from the construction and operation of a dam upstream from the confluence will upend the fragile and delicate balance that has taken so much work to achieve,” Clarke said in the Hualapai filing.

The National Parks Conservation Association also filed a motion to intervene in the project, citing impacts on the banks of the Colorado River.

When the Glen Canyon Dam was first completed, the sediment that flows down the Colorado River that forms beaches and banks decreased. The banks acted as critical habitat for the plants, animals and insects of the river, Kevin Dahl, Arizona Senior Program Manager for the association wrote.

Dahl said that the Little Colorado River has become one of two important sources of sediment for the Colorado River. Additionally, those beaches are also critical for another factor in the river’s economic ecosystem: river trips.

The Western Colorado River Runners association filed to intervene and requested consultation with many state agencies, including Arizona Game and Fish Department, Arizona Geological Survey and Arizona Department of Water Quality. While brief, they demanded the proposal consider the impacts to the Grand Canyon Protection Act of 1992, climate impacts and mineral content.

Despite all the opposition, Irwin isn’t sure how FERC, or the Navajo Nation, will act.

Rafting the Colorado through the Grand Canyon