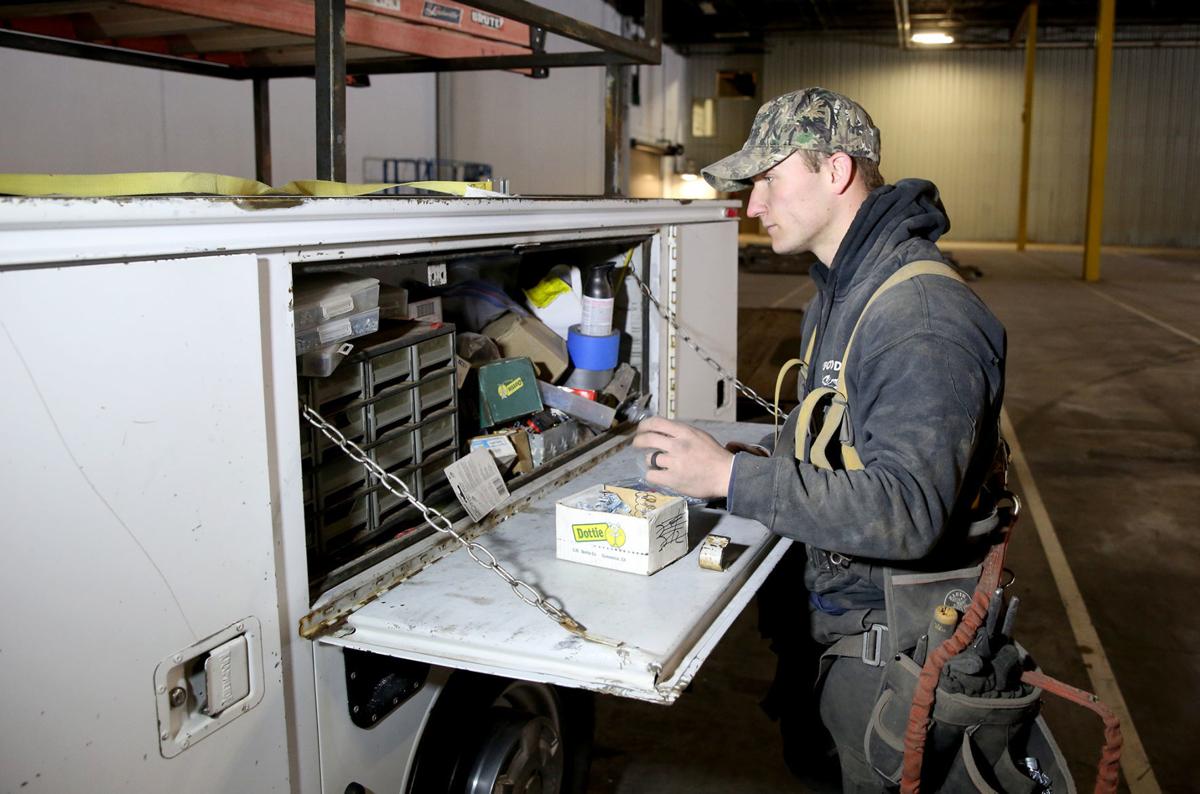 Corbin Felsted organizes supplies in the back of his Goodman Electric truck Thursday morning inside the old Walgreens Distribution Center warehouse. Felsted is an electrical apprentice in the Northern Arizona Electrical Contractors Association apprenticeship program. 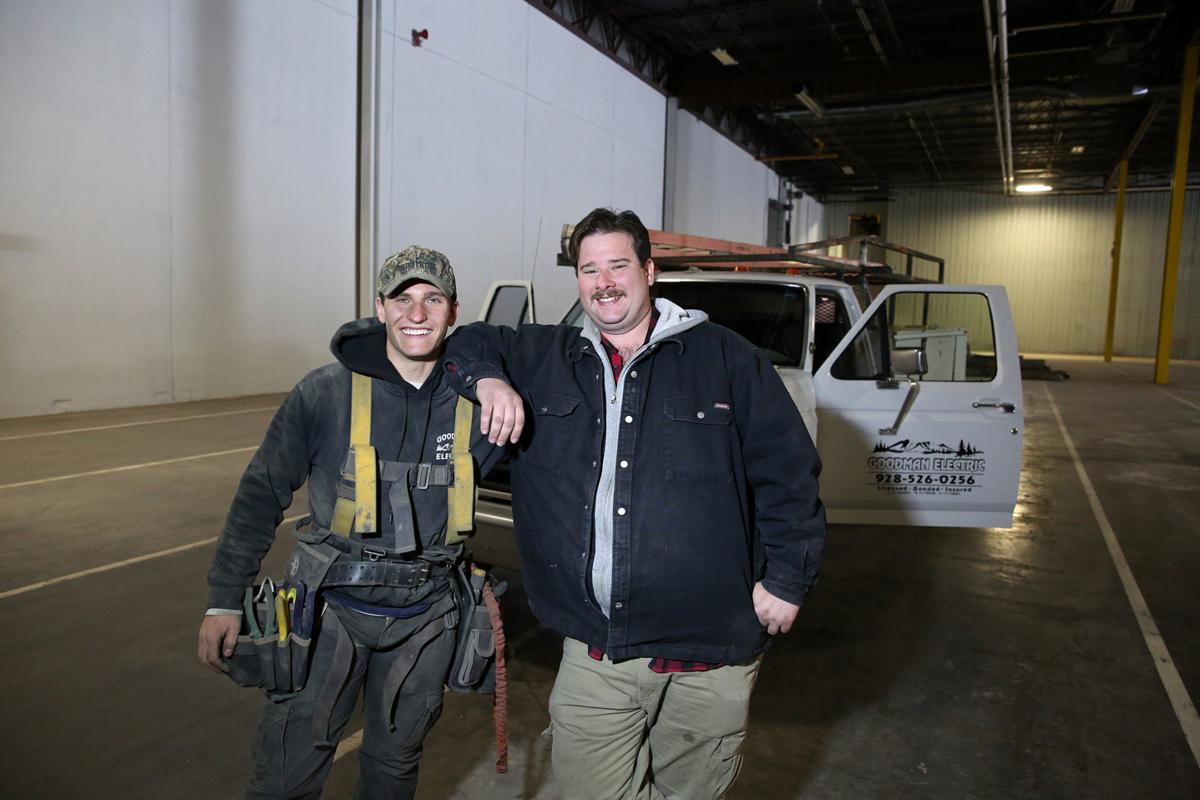 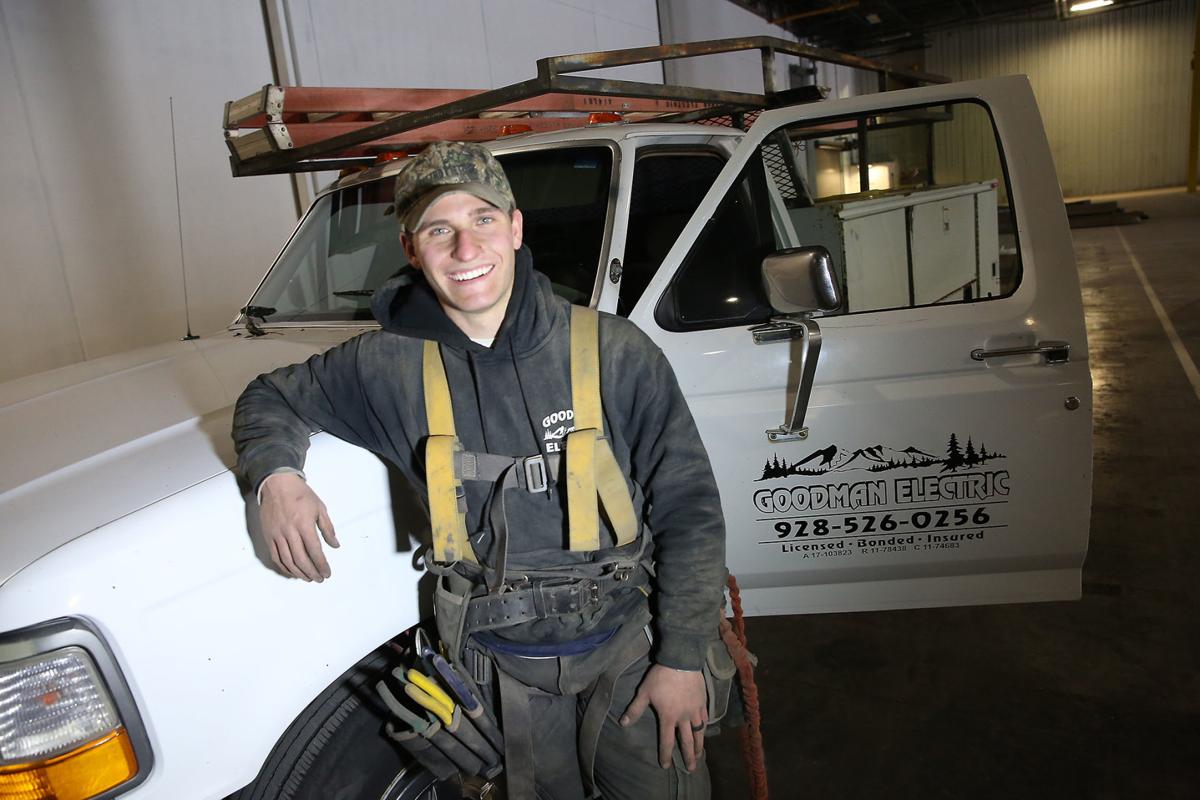 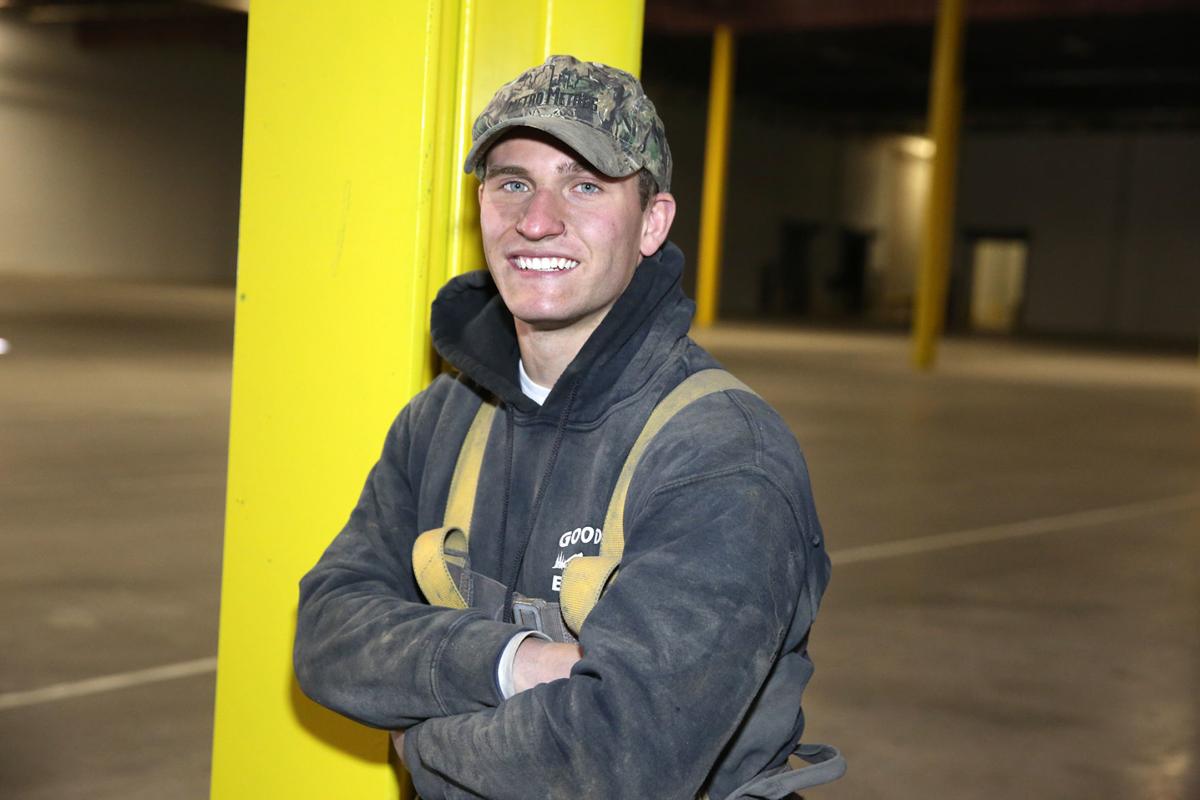 Corbin Felsted organizes supplies in the back of his Goodman Electric truck Thursday morning inside the old Walgreens Distribution Center warehouse. Felsted is an electrical apprentice in the Northern Arizona Electrical Contractors Association apprenticeship program.

Ten years after it was established, the Northern Arizona Electrical Contractors Association (NAECA) has been awarded the Exemplary Program Award by the Arizona Department of Economic Security’s Apprenticeship Advisory Committee in the construction category. A recent graduate of the program, Ricardo Baca Jr., was also named one of Arizona’s 2018 Outstanding Apprentices.

NAECA is the only apprenticeship program in Flagstaff registered with the Department of Economic Security; however, it is just one of 154 programs – encompassing nearly 4,000 students – in the state.

Catherine Miller, NAECA administrator, said to be recognized in this way is an honor for NAECA, a four-year program accredited through the National Center for Construction, Education and Research (NCCER).

Unlike other forms of post-secondary education, apprenticeships supplement full-time work. Classes are held once an evening from 4 p.m. to 9 p.m. in order to accommodate work schedules. Students progress through a series of eight levels, one per semester, that provide valuable technical knowledge for the field of electrical contracting – so valuable that many employers not only recommend the training, but also often help cover some of the cost, which totals about $900 per semester, after an initial $100 committee interview.

NAECA works closely with local electrical companies, including the six that founded it in 2008: AEC Electric, Shaum Electric, Northland Electric, 5J Electric, Goodman Electric and Lakin Electric. Students are required to have a high school diploma and be working for an electrical contractor; however, the association’s local connections make it a valuable source for job-seekers. There are 12 contractors currently involved with the association; Miller says she will contact them about students seeking employment, as necessary.

These relationships are equally important for those who already have jobs in the field.

“If it is a slow season, if somebody doesn’t happen to have much work, their apprenticeship students are loaned out to other contractors,” Miller said.

NAECA provides an opportunity for electrical contractors to meet and work with each other, even if they have different employers or backgrounds.

“It’s a good thing for our community that we have this. When I started in the 1980s we didn’t have this,” Roger Brace, an electrician of 33 years in his third semester of teaching at NAECA, said.

Brace said he learned all the skills he needed on the job; he has worked at Northern Arizona University, W.L. Gore & Associates and, later, his own electrical business. Like several of his students, Brace now works at Goodman Electric,  a member of NAECA that promotes the association to its contractors.

Brace teaches levels one through three at NAECA part-time using NCCER textbooks, which include readings as well as built-in labs and computer-based trainings. These three components, paired with required on-the-job training hours that must be approved by employers, provide apprentices with the foundation necessary for a career in the electrical industry, Brace said.

These skills are relevant to all electrical contractors, no matter how experienced they are.

“We get some people in their very first year of training that have been in electrical contracting for years and we have people who jumped on just a few months into their career,” Brace said.

Brian Yazzie, a level six apprentice at NAECA, has been working as an electrician for years. He heard about the association from a coworker at Bronson Electric and said he appreciates the additional knowledge and skills it has provided.

“I think all the guys will benefit from it, one way or another. I sure have,” he said. “There are so many facets, so many categories of being an electrician. In my lifetime, I don’t think I’ll ever learn it all.”

He says the association will not only give apprentices the knowledge to become well-rounded electricians, it will provide them with two certifications, both state and federal, which they can put on their resumes. Graduates also earn the title of journeymen electricians.

Kyle Marquez and Corbin Felsted are both level six apprentices who work with Goodman Electric. Marquez has been working as an electrician for six years and said his favorite part of the apprenticeship is its hands-on labs, which provide apprentices an opportunity to work in areas they may not have experienced in their daily work. Originally, Marquez was studying electrical engineering until he realized he preferred this kind of hands-on work and switched to contracting.

“Electrical is something that is not exactly easy, but it’s definitely rewarding,” he said. “The opportunity to make money is there.”

On the other hand, Felsted has been involved in electrical contracting for the past year and a half, and hopes to apply the credits he earns with NAECA to a community college or university as he works his way to become an electrical engineer. He is currently taking two levels at once and said though the apprenticeship is hard work, it is also a lot of fun.

He advised future apprentices, “It’s definitely a commitment. If you’re going to do it, don’t just half-heartedly do it. Try to value it as real learning. If you do that, you’ll get a ton out of it.”