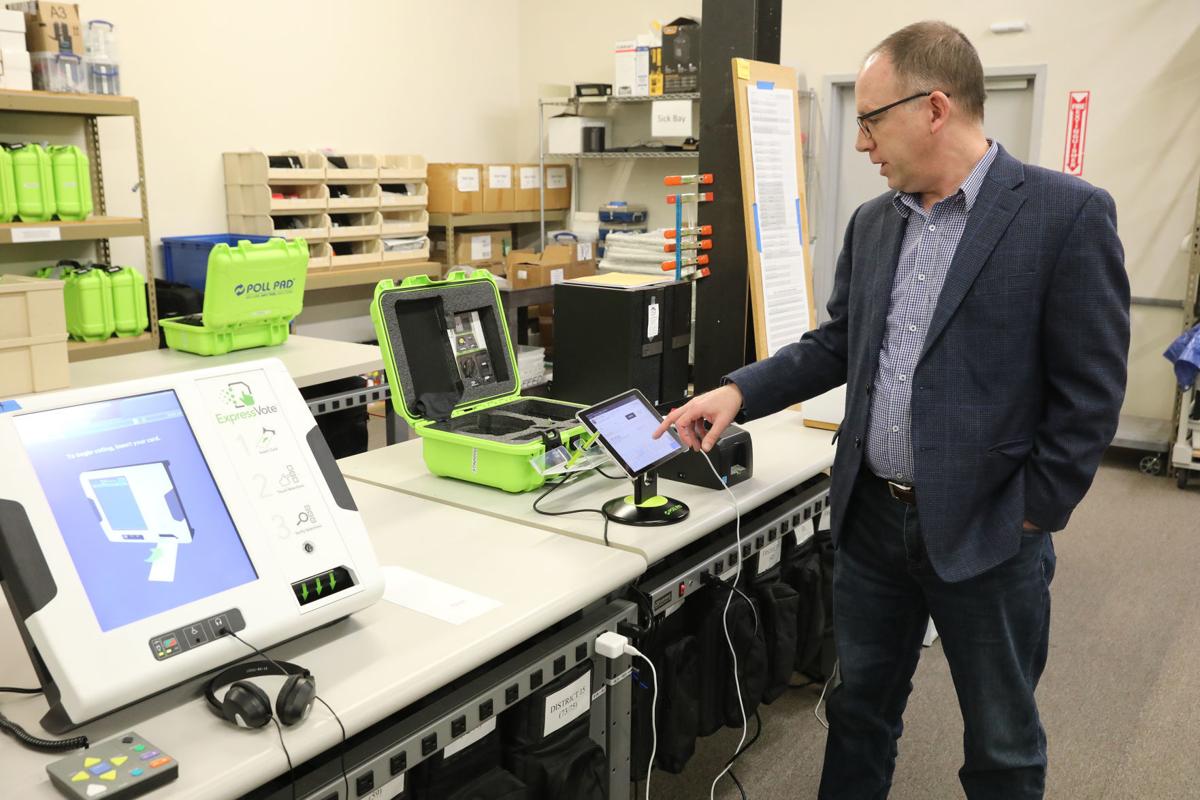 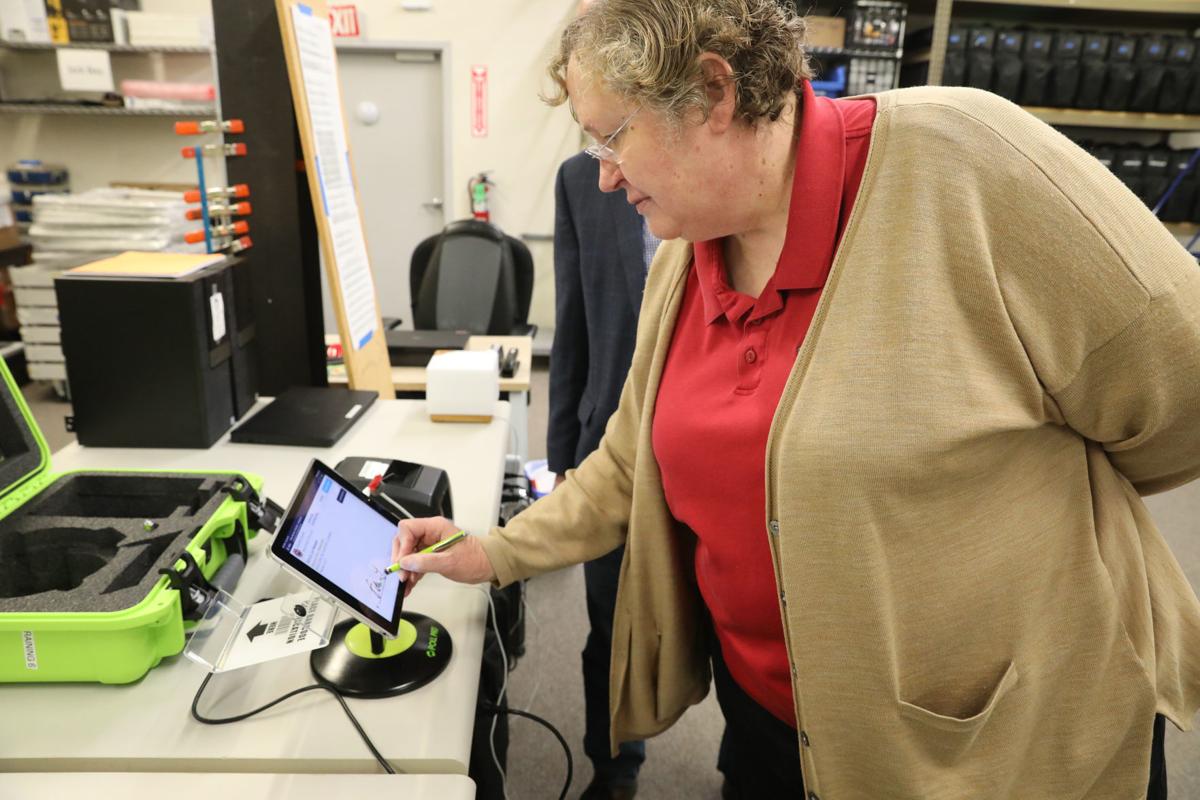 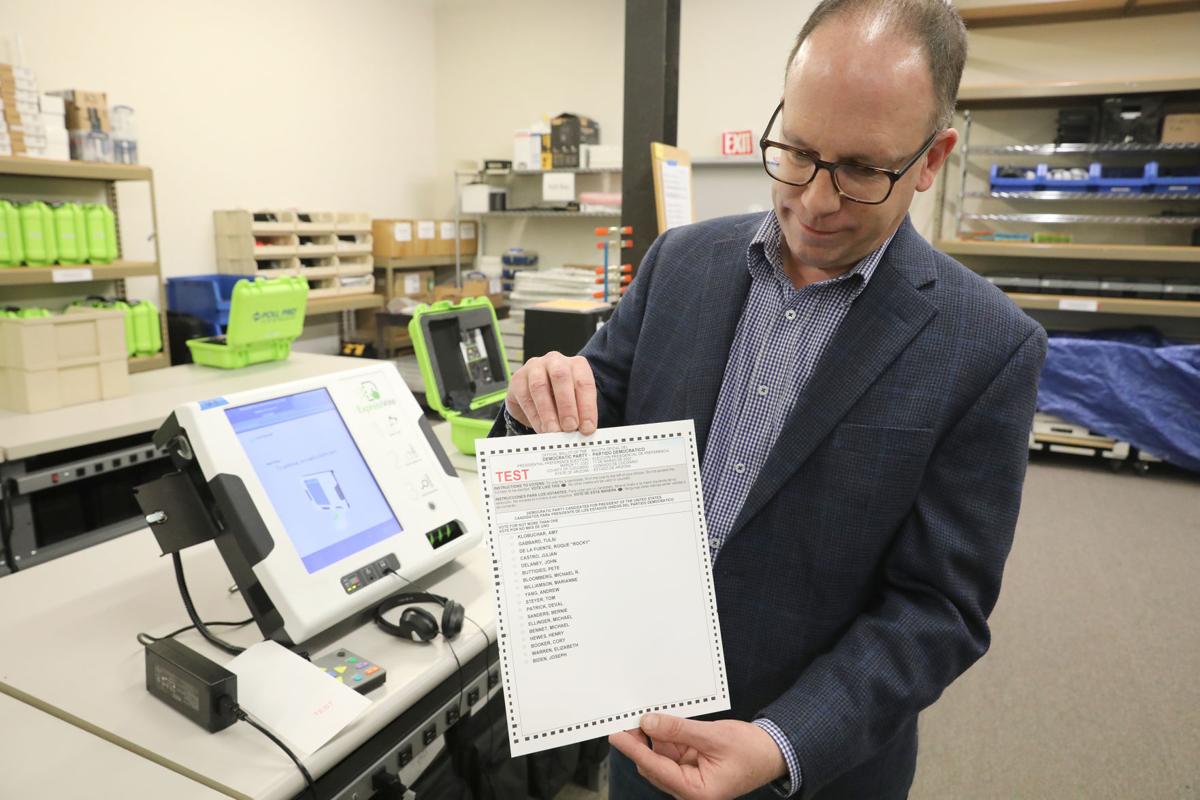 As the Coconino County Recorder’s office prepares for a year full of elections, security from both physical and cyber threats have been top of mind.

Coconino County Recorder Patty Hansen said moving into 2020, her office has stronger relationships with the state and federal security and law enforcement agencies and has replaced old equipment with newer machines that still use paper ballots.

And that new designation opened new doors between local elections officials and federal security agencies such as the FBI and Department of Homeland Security, said county elections director Thad Hall.

Likewise, Secretary of State Katie Hobbs made a push to better secure elections in Arizona in 2018, Hansen said.

“So it’s been a lot more intergovernmental coordination than there has been in the past,” Hansen said.

That coordination nearly daily communication between the county and the state on potential cyber threats that could put the election system at risk, and monthly meetings between the state and all the county recorders, Hall said.

Those relationships mean if a cyberattack against the election infrastructure of one county does occur, every other county can quickly be notified and take the appropriate measures, Hall said.

Additionally, the recorder’s office was awarded a $151,000 federal grant for improving both cyber and physical security.

Hansen said her office has also spent about $607,000 replacing the county’s voting machines.

The previous set of machines had been used since 2004 and were nearing the end of their lives, Hansen said. But the final call was made by a committee organized by the recorder’s office in 2018 that outlined the future of elections in the county.

Despite the purchase of new machines, Hansen said the vast majority of voters will be voting in the same way as last election: using a pen to fill in little bubbles on a paper ballot.

The direct voting machines they do have are mainly used by voters who may be blind or are losing their vision and include a braille remote control wired to the machine. Headphones can also read options aloud to the voter in English, Spanish and Navajo.

But even that voting machine immediately prints out a paper ballot that is then counted, Hansen said. Those paper ballots are a security measure all on their own. While computers can be hacked from across the world, it’s much more difficult to affect thousands of paper ballots.

“That was one thing that the committee really wanted was to make sure that we didn’t have direct recording devices. They wanted to have a paper ballot for every voter,” Hansen said.

That will allow them to go back and take a look at the physical ballots if they need to conduct a recount and believe a cyberattack has occurred, Hansen said.

To further prevent any potential attacks on the county’s election infrastructure, machines are not connected to the internet and don’t store any results, Hall said. They simply mark the ballot before printing a physical copy.

To program the machines with the questions that should appear on the ballot, Hall said they use another computer that is also not connected to the internet. Then they use a specific flash drive, which is only used on the voting machines, to upload the questions.

“So were just cycling through machines that are not internet connected,” Hall said.

An art project comprised of 252 square feet of murals designed to address social change and reduce recidivism will be unveiled Friday.

Elections office mails out 23,000 ballots as voting begins in the Democratic primary

How the Salvation Army is providing relief after Sally

How the Salvation Army is providing relief after Sally