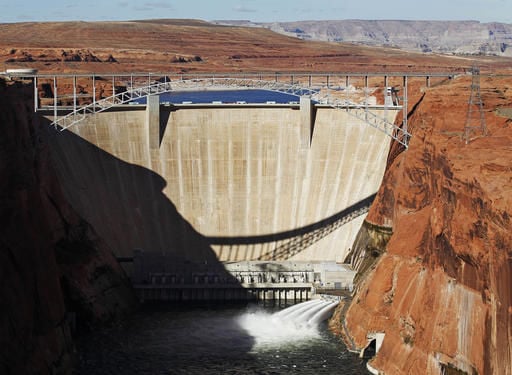 This November 2012 file photo shows the high-flow release of water into the Colorado River from bypass tubes at Glen Canyon Dam. 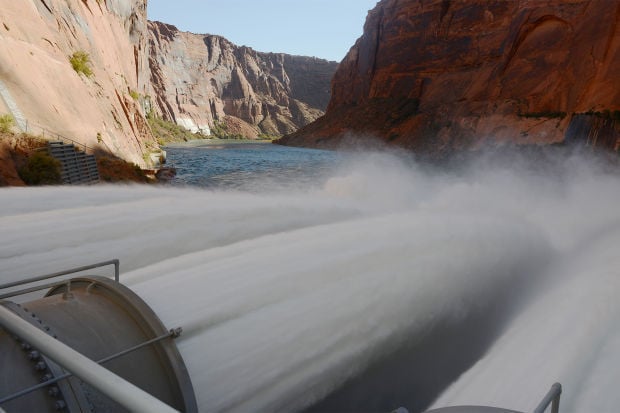 Water rushes out of bypass tubes in Glen Canyon Dam during the Bureau of Reclamation's 2013 high flow experiment.

Important research about the Colorado River ecosystem downstream of the Glen Canyon Dam and the jobs of the scientists who produce that work are at risk due to a federal budget decision set to go into effect in October.

According to a decision made by the Office of Management and Budget, $23 million, or a significant portion of the Upper Colorado River Basin Fund, will be diverted back to the United State Treasury.

The money went to fund programs including those that focus on endangered fish recovery in the Colorado River and the Glen Canyon Dam Adaptive Management Program.

From there, it is not known where the funds would be directed. The change is set to go into effect the next fiscal year, which begins Oct. 1.

The Office of Management and Budget did not respond to repeated attempts for comment and have released no reason for the budget change. Groups at the United States Geological Survey and their Grand Canyon Monitoring and Research Center have been told to reroute all comments through the Bureau of Reclamation.

Marlon Duke, Bureau of Reclamation spokesperson, has said the department is examining its options for supporting the projects until a permanent solution is found.

“Reclamation is not going to walk away from these programs,” Duke said. “We’re working with our stakeholders and our partners to find ways to continue to do the work to find a more permanent solution.”

However, $23 million is a lot of money. The sheer magnitude of the budget has caused many to wonder if the change will even happen. Some say the decision could cause the shutdown or reduction of the GCMRC's operations.

Many who may be in danger of losing their jobs or research funding are asking for answers.

“When you’re involved in a project that’s trying to do a better job managing, preserving and protecting future generations and learning from it, and then to have the rug pulled out from under you with no explanation as to why? It’s pretty maddening,” said Matt Kaplinski, a researcher and professor at Northern Arizona University whose sandbar research may be affected by the change.

The sandy beaches are important for river runners and wildlife alike. The sandbars’ sizes fluctuate with the sand and dirt that flows into the river, but these sandbars have generally suffered because 90 percent of the sediment that historically flowed down the Colorado is trapped behind Glen Canyon Dam.

High water flow experiments that began in 1996 have shown promise as a way to reverse decades of sandbar erosion.

Ryan Lima, an NAU doctoral student who works with Kaplinski to study sandbar erosion, said the budget changes could put projects at risk.

“I’ve spent that last two years designing my experiment … I finally figured out what I need to do, and my future plans are totally up in the air now,” Lima said.

Another beneficiary of the budget is the Arizona Department of Game and Fish. The department helped to monitor waters downstream from the dam.

“The monitoring we do down there is extremely important,” said Ryan Mann, aquatic research program manager at the Arizona Department of Game and Fish. “It’s one of the most extensively researched waterbodies that we have in this country, just because of the funding that’s going in.”

Kaplinski was also worried for other people like those at the GCMRC, who haven’t been able to speak publicly on the topic.

Jack Schmidt, a former chief of the GCMRC, felt that the decision wouldn’t have been made to maliciously harm the Colorado River Basin states.

“To me the only probable explanation is severe incompetence,” Schmidt said. “Do you think the government is capable of doing things incompetently? I would have say yes. I don’t think it’s going on because of evil intent.”

Originally the money made from electricity generated by the Glen Canyon Dam’s turbines was given to the U.S. Treasury. However, the Grand Canyon Protection Act of 1992 directed the Secretary of Interior and Secretary of Energy to fund the monitoring of the waters downstream from the dam using a portion of those funds.

This led to the creation of several different plans and statements like the Environmental Impact Statement, which was created to comply with the Endangered Species Act. The act also led to the Long-Term Experimental and Management Plan, which planned for a strategy of adaptive management and experimental high flows to help ecosystems downstream.

It is unclear how the proposed budget changes will interact with standing federal law that requires this research and monitoring to continue.

Arizona Congressman Tom O’Halleran, whose district encompasses the dam, sent a letter asking to stop the funding change to Marcy Kaptur, the ranking member on the House Appropriations Subcommittee on Energy and Water. In his letter, he urged the administration from making any action without congressional approval.

“I write to express my grave concern about the decision of the Administration to defund critical programs that help protect the health and sustainability of the Colorado River and the Grand Canyon,” O’Halleran said. “This misguided decision could negatively impact the future of all seven states in the Colorado River Basin.”

“When you’re involved in a project that’s trying to do a better job managing, preserving and protecting future generations and learning from it, and then to have the rug pulled out from under you with no explanation as to why? It’s pretty maddening."

-- Matt Kaplinski, a researcher and professor at Northern Arizona University

The Bureau of Reclamation's $23 million budget will be transferred to the United States Treasury next fiscal year, impacting the continued hea…

A bill passed the House of Representatives and Senate to restore the $23 million of the Glen Canyon Dam downstream water monitoring funding, S…

This November 2012 file photo shows the high-flow release of water into the Colorado River from bypass tubes at Glen Canyon Dam. 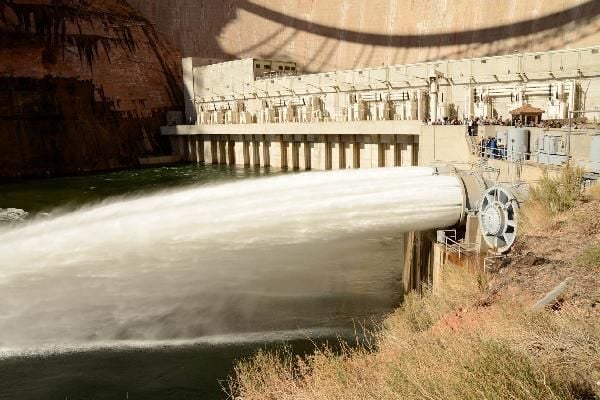 Water gushes out of Glen Canyon Dam during a high flow release in 2012. 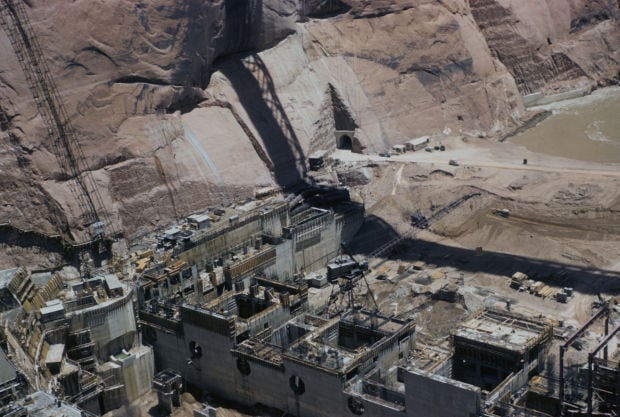 Glen Canyon Dam, under construction in the early 1960s. 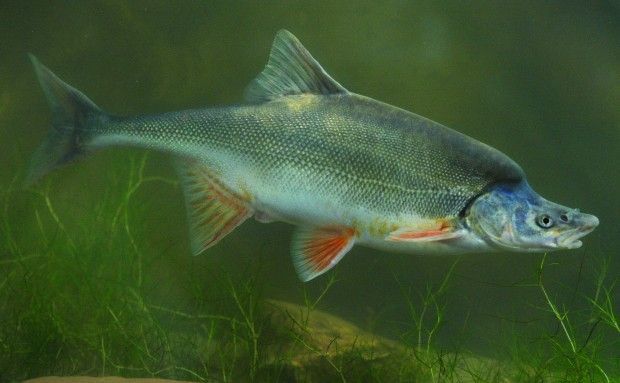 Glen Canyon Dam managers continue to tinker with water releases to benefit the endangered humpback chub in the Colorado River.

Water rushes out of bypass tubes in Glen Canyon Dam during the Bureau of Reclamation's 2013 high flow experiment.