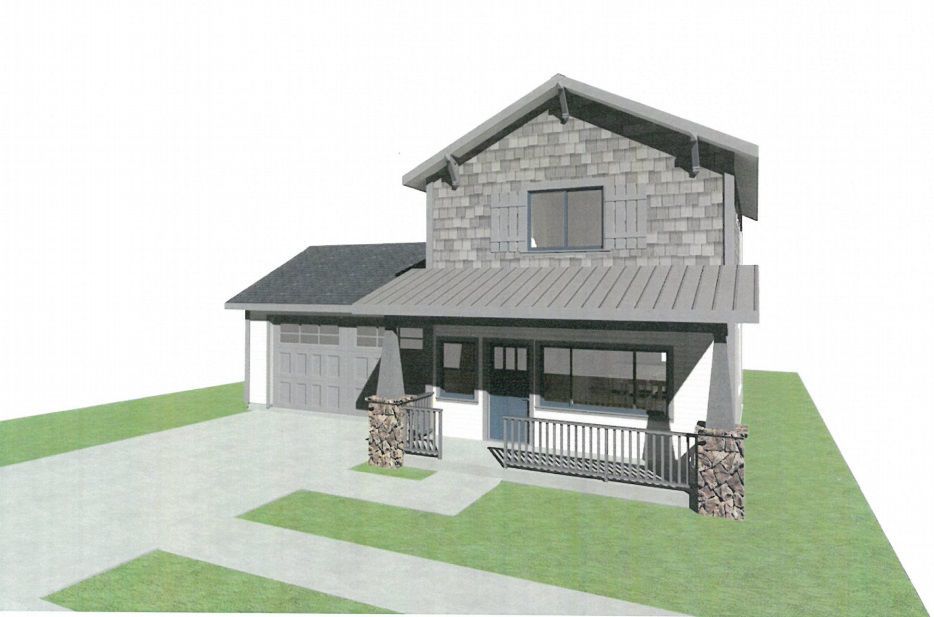 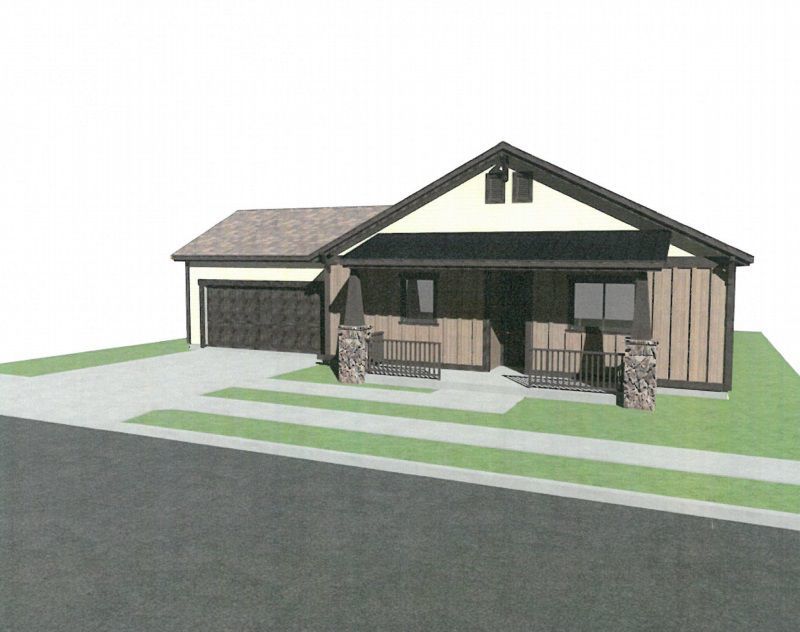 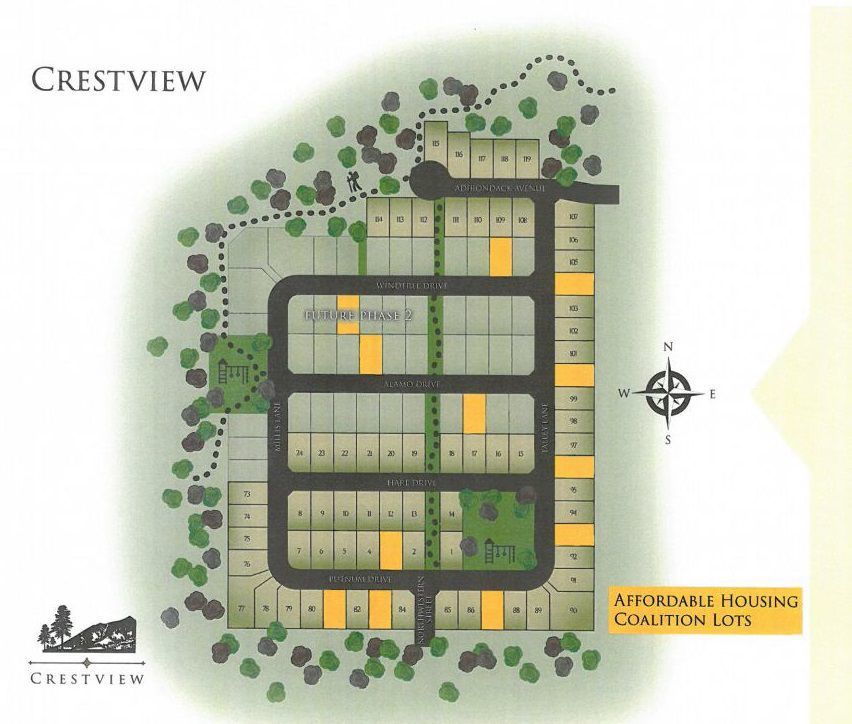 An artist's map shows the layout of the Crestview development, including where the affordable units will be located.

Flagstaff developer Capstone Homes is in the planning process for the construction of a subdivision on South Woody Mountain Road called The Wedge.

Although the project is still very early in the process, Capstone plans to build 47 single-family homes on the 47-acre site, which is currently undeveloped.

The property borders the Flagstaff Ranch Golf Club and sits just south of the W.L. Gore and Associates campus. For this reason, and because of the small triangular shape of the property, the houses are likely to be on the higher end when it comes to pricing.

Capstone president Clinton Whiting said any affordable housing on the property is unlikely and prices will probably be just under that of neighboring properties in the Ranch Golf Club or in the Equestrian estates. Whiting said they were not far enough along to have an exact price range.

Council had approved the preliminary design plans but those had to be changed after a deed restriction was discovered, which mandated a 40-foot-wide strip of protected forest along the western edge of the property.

The restriction forced Capstone to adjust the plans slightly and prompted the removal of two previously planned cul-de-sacs.

Earlier this month, council approved the changed preliminary design plans, but Whiting said they are still in the project's early days. Because of this, Whiting said, Capstone could break ground on the project next spring but that easily could be pushed back.

Capstone bought the site last year for $1.5 million and the area is zoned for rural residential. That allows for about one house per acre.

Capstone also is moving forward on another development on the other side of town. The Crestview development will be constructed using site-built rather than manufactured homes.

The development agreement previously mandated manufactured homes should be used but Capstone said they could construct site-built homes for the same price.

Unlike The Wedge, the Crestview development will include 12 “affordable” units as part of the city’s Land Trust Program.

According to a study by the Economic Collaborative of Northern Arizona, the median family income in Flagstaff is $66,796.

Unlike the planned manufactured homes, Whiting said the site-built houses will meet Department of Energy standards when it comes to energy efficiency. Because of this, should a homeowner decide to install solar panels, the houses would be completely energy efficient and could give back to the grid at times.

In all, Capstone Homes expects to close around 150 homes in and around Flagstaff by the end of the year, Norton said in an email.

After nearly 16 years of planning, development plans for a 270-acre swath of land at the intersection of Butler Avenue and Fourth Street are n…

Construction to start soon on 30 units off Highway 89

Within the next month, the development company Brookfield Communities plans to start construction on 30 site-built homes within the city of Fl…

An artist's map shows the layout of the Crestview development, including where the affordable units will be located.