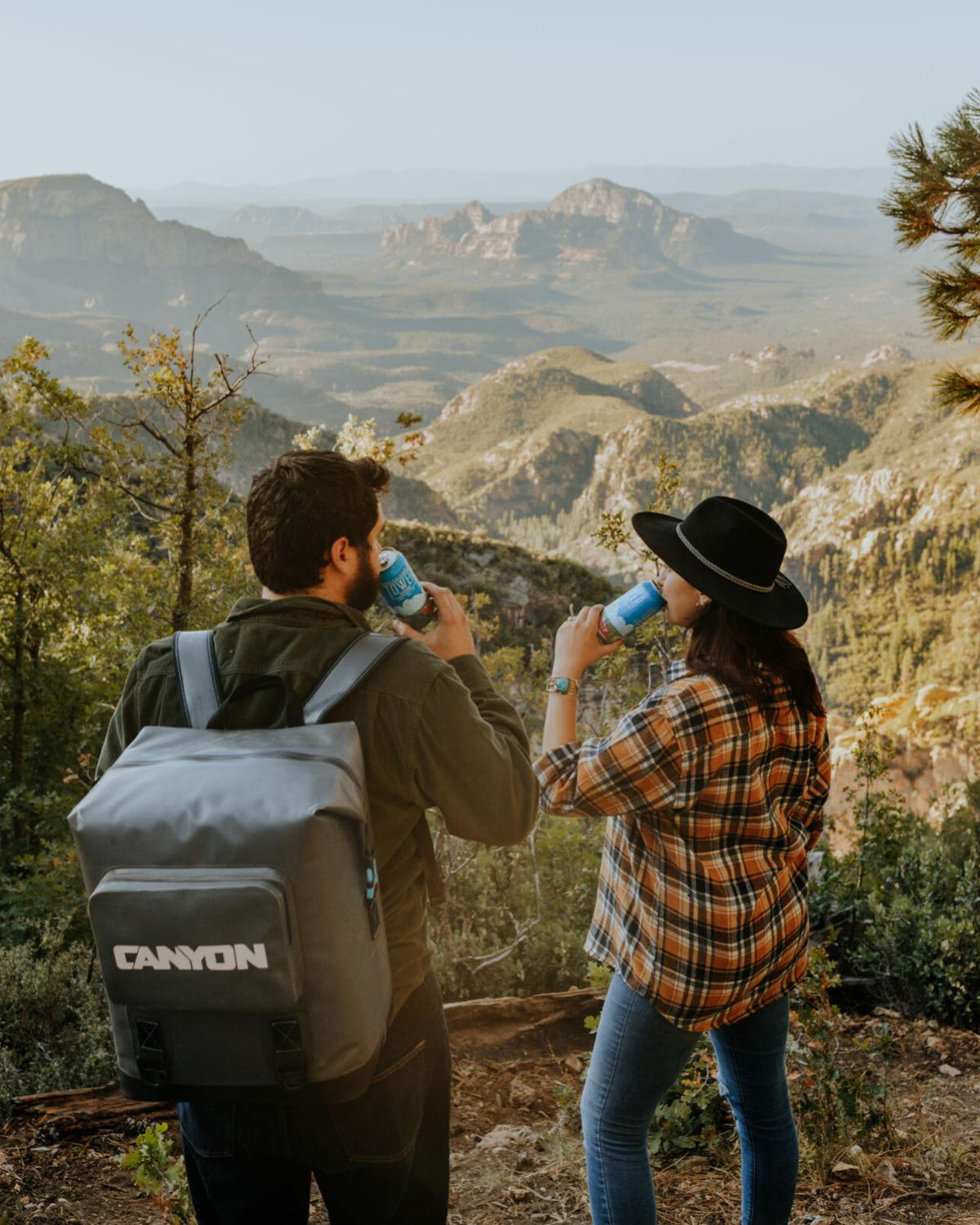 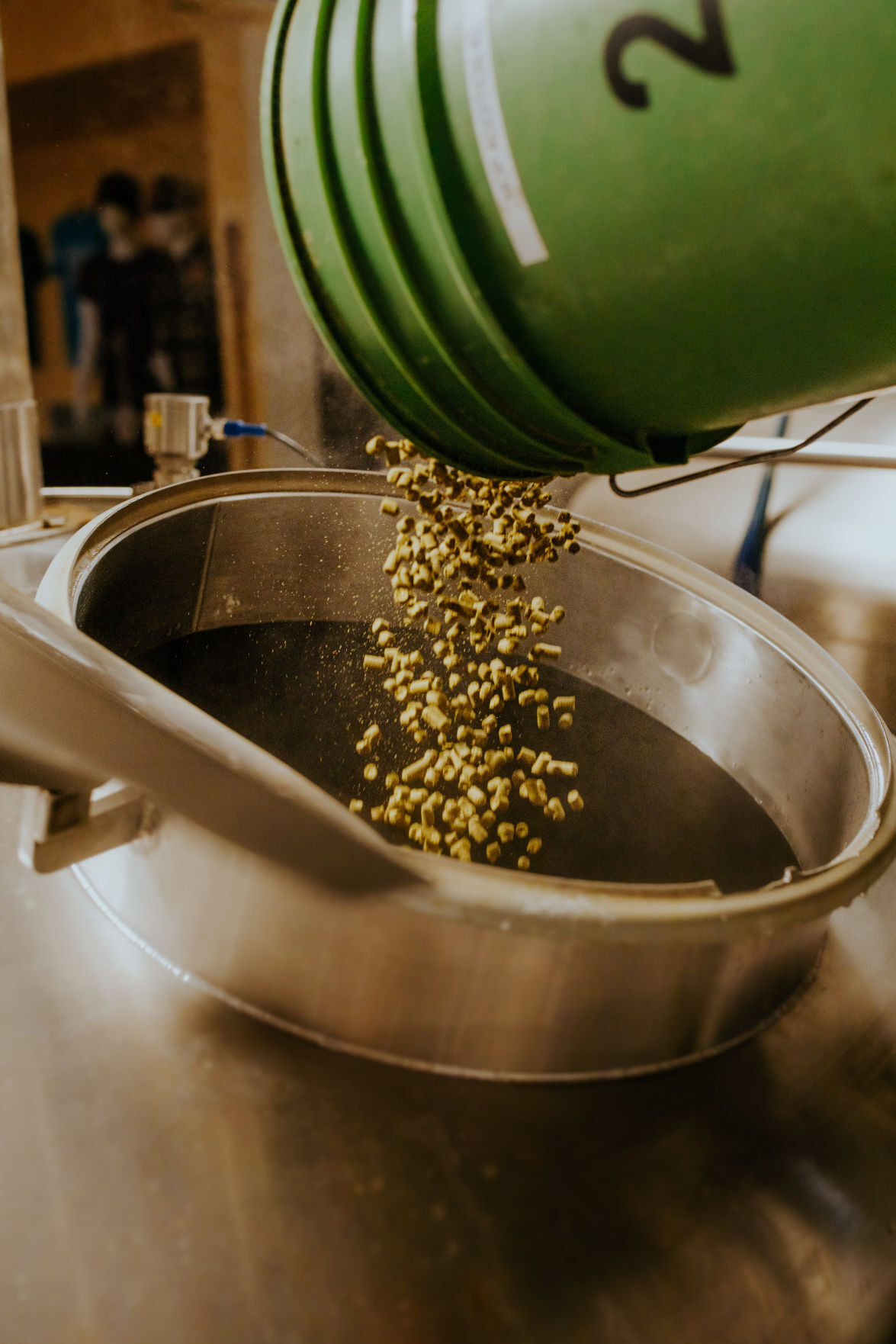 Hop pellets are added to a batch of beer to impart complex flavors and balance malts. 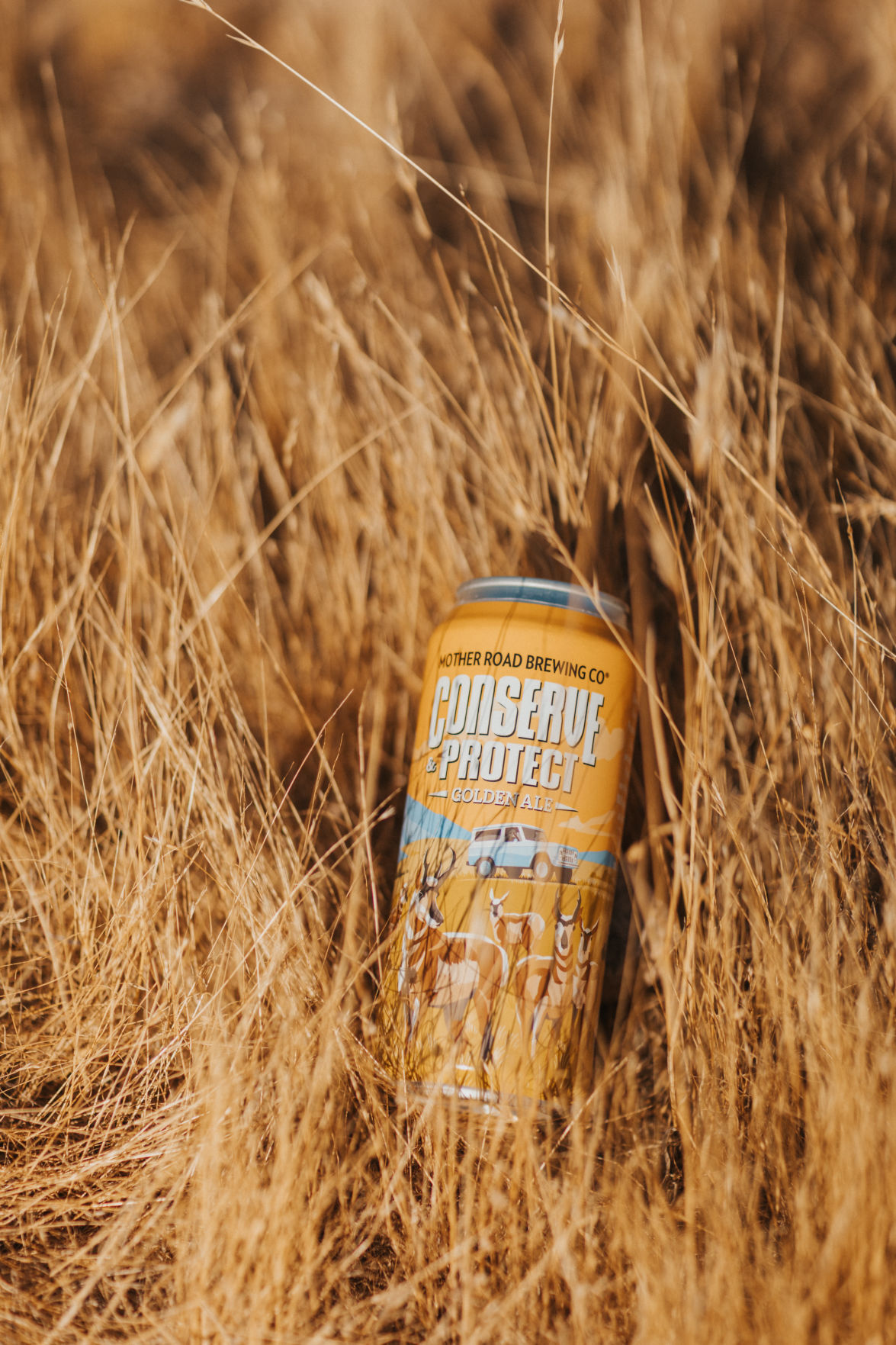 The Conserve and Protect Golden Ale, formerly a Kölsch style, is the product of a partnership between the brewery and Arizona Game and Fish Department.

“Finding joy in the adventure” is the creed and winning strategy for Mother Road Brewing Company as they clinch Flagstaff’s Best Brewery award.

“We take a lot of care to hire talented and passionate people with values in line with our mission,” said Oliver Adams, director of people and culture. “This allows us to do what we do.”

What they do at Mother Road is brew distinguished beers and build community one pint at a time. The main component for both is beer. The goal, of course, is to make beer people want to drink, especially Arizonans.

Resisting the urge to produce niche recipes, Adams said, “The main rule is to brew what Arizonans enjoy drinking most and tailor that, modifying and improving those beers over time.”

Standouts include Tower Station IPA. Tower Station opened in 1936 to impart hospitality to parched motorists on Route 66. The fluffy head on this copper-tinged, unfiltered India Pale Ale imparts aromas of tangerine and pineapple with paired pilsner and pale malts to balance hops-generated grapefruit peel and pine on the finish. Nielsen rated Tower Station IPA #1 in Arizona.

Conserve and Protect Golden Ale highlights the brewery’s partnership with Arizona Game and Fish Department, donating a portion of the proceeds to help with on-the-ground conservation of more than 800 wildlife species. Beyond raising money, they are raising awareness that this critical work is done without any general fund tax dollars. Beer drinkers do not need to hunt or fish to help preserve and sustain our wild spaces—just tip back a can of clean, crisp, refreshing golden ale.

The golden ale was a change to Mother Road’s line. It was formerly a hybrid Kölsch style—part of their constant tweaking to provide the right process and product.

“We felt golden ale was a better recognized ale and improved the recipe,” Adams said. “When the beer does better, Game and Fish can see more success as well.”

First and foremost, Mother Road is a manufacturer and distributor of beer across the state through Hensley Beverage Company. The outfit has two locations: one brews and distributes product and the other functions as a taproom and patio. That requires two main teams of more than 25 employees to operate in a united effort.

“The original tap room had space limitations,” Adams said, “so we utilized the spaces for their respective strengths.”

The brewery and tap room always functioned as a free-flowing space, merging tables as people met and struck up conversations. That has been curtailed somewhat, but the hospitality of the crew and customers has not lagged at all.

“The times have forced us to silo parties unless specifically requested, but community finds a way, and it’s still lively,” Adams said.

The good news is the revamping and modernizing of the downtown site to increase its seating capacity. Renovations are scheduled to finish in early 2021.

During the pandemic, predicting who would be open and when or for how long presented ongoing challenges to the manufacturing and distribution end of the business. As Adams pointed out, 30 percent of the industry’s restaurants and bars are not expected to survive.

Mother Road Brewing, however, is thriving. People, who identify with their mission, bring it to life each day. Every brewer follows a set of processes, designed to brew consistent beer. The brewers weigh in and factor in improving it. A robust quality program with various lab equipment and trained sensory panels analyze different control points on the beer through the two-week process. Consistency is key.

As the story goes, on a dark stretch of highway, the Marquess family pondered their creed. The result? Mother Road resides along a lost portion of Steinbeck’s storied Route 66, symbolizing the journey they have made in their passion for beer, motoring and history.

Adams added, despite a tough year, “We’re still here brewing beer and will continue to do what we love to do.”

Mother Road is always looking for talented people to join their team. If interested, email: info@motherroadbeer.com. Or partner with Arizona Game and Fish to contribute directly at: www.azwildlifehero.com/join

Hop pellets are added to a batch of beer to impart complex flavors and balance malts.

The Conserve and Protect Golden Ale, formerly a Kölsch style, is the product of a partnership between the brewery and Arizona Game and Fish Department.