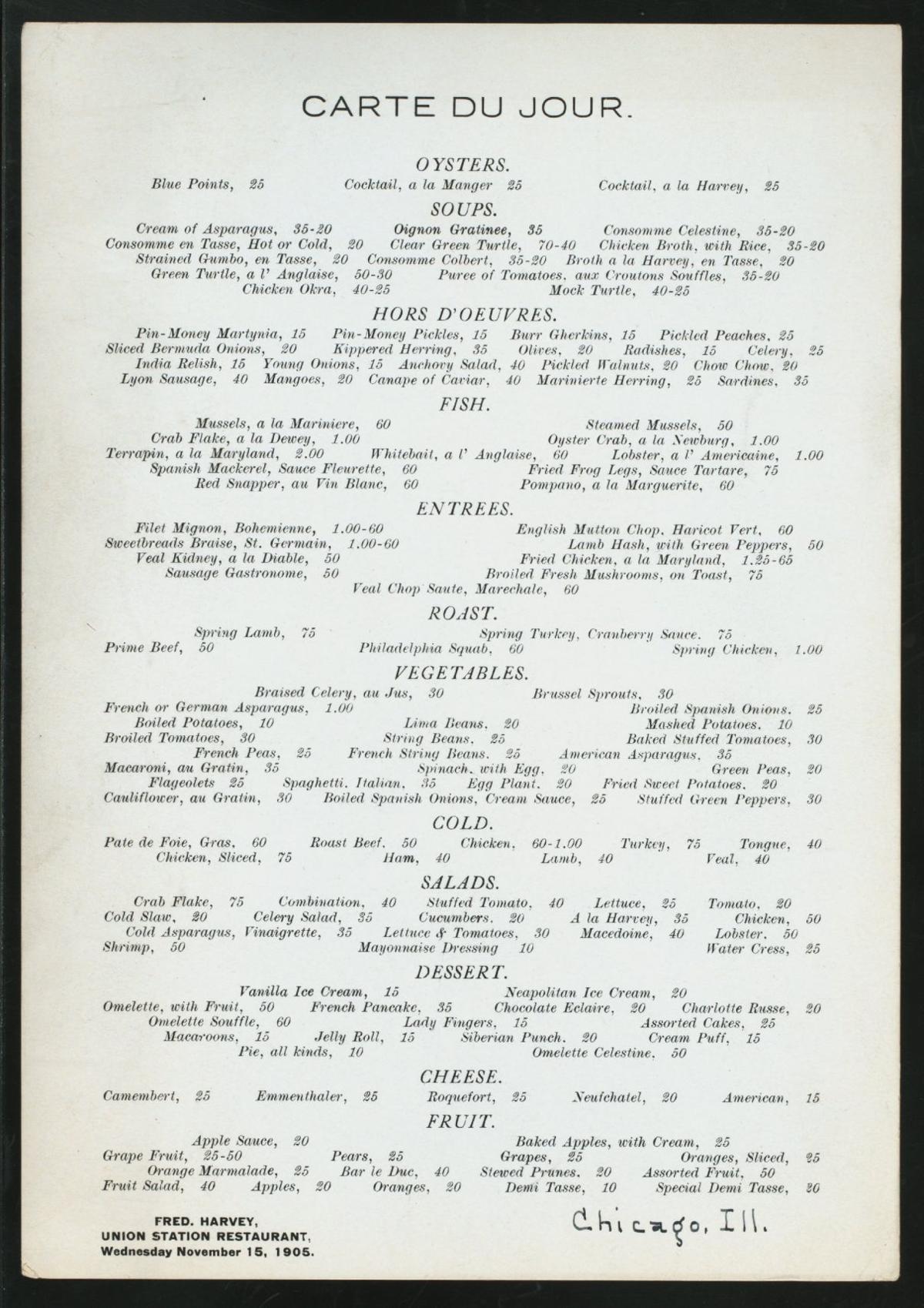 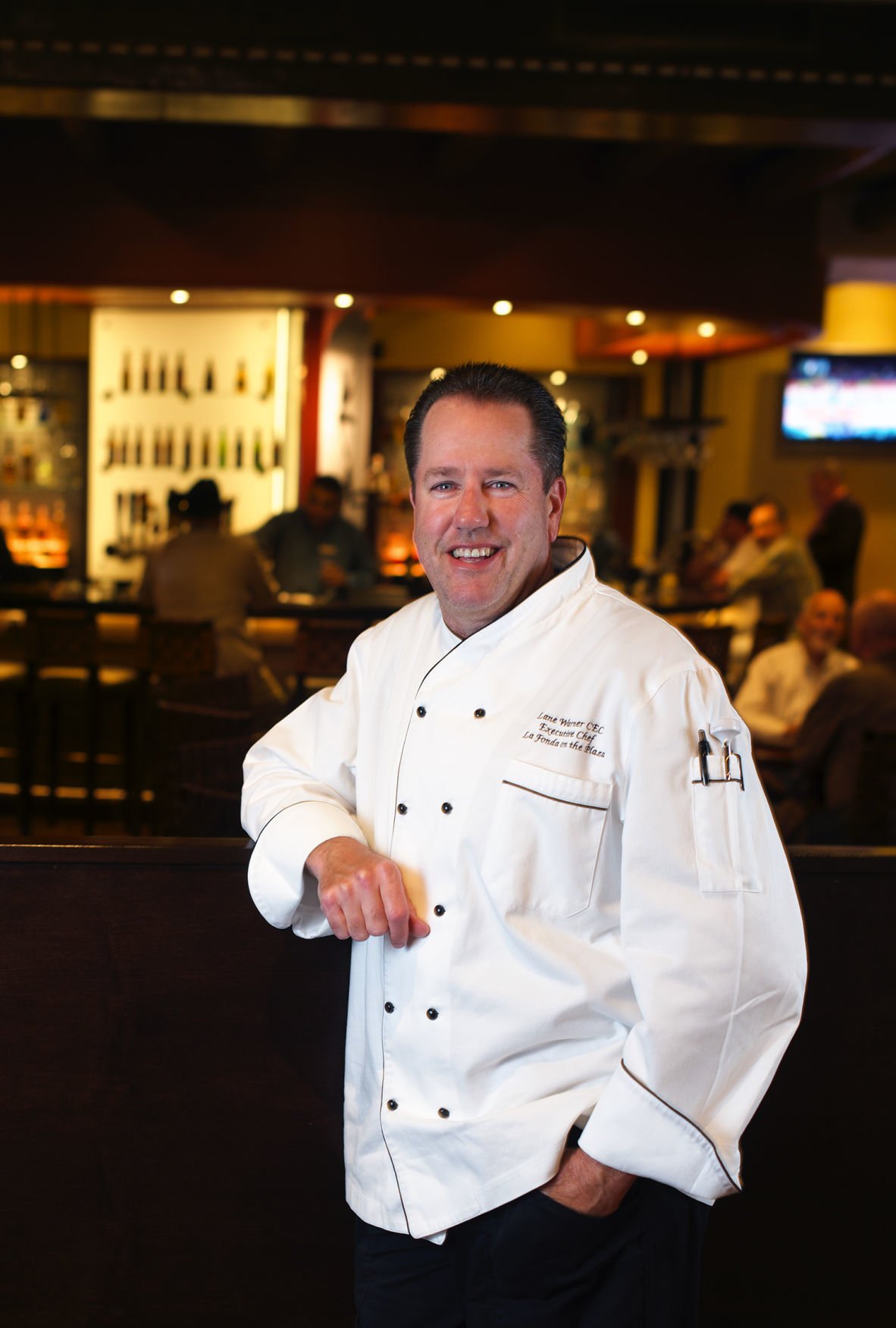 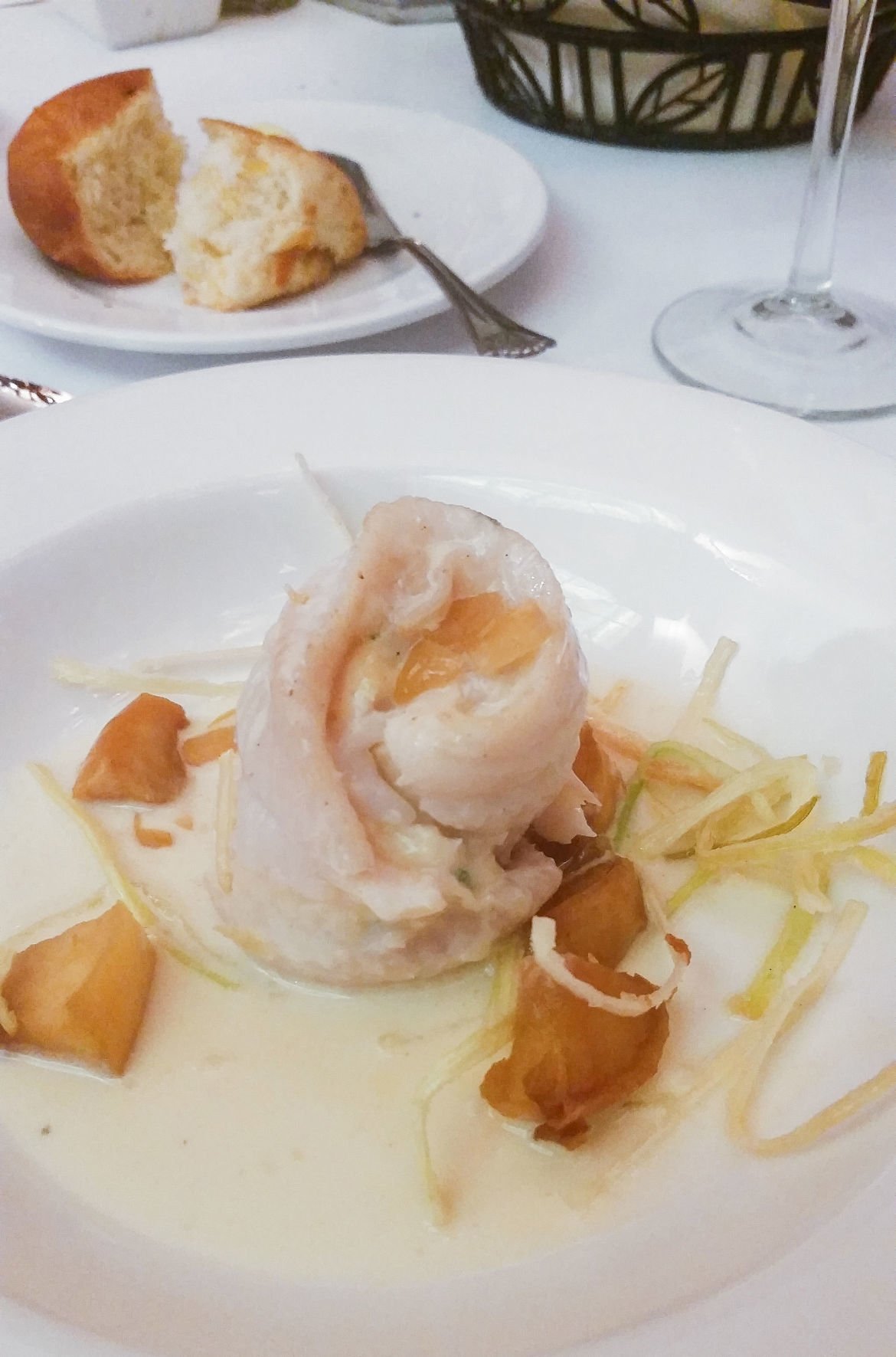 Stacey Wittig SPECIAL TO THE SUN

Culinary tourism gets a lot of buzz these days. In fact, according to Booking.com research, more than one-third of travelers surveyed go afar to satisfy cravings for regional delicacies.

Tasting exotic foods is an essential component of experiencing a place, but the concept is far from new. Fred Harvey didn’t need a survey to know that travelers would respond to good eats, especially if they were representative of the place visited.

During the 1870s, Harvey took to the rails to fill the increasing demand from railroad passengers for food and accommodation. New technology, refrigerated railcars, supplied very fresh beef butchered in Chicago or Kansas City, seafood from the coasts and crisp California produce to a growing network of restaurants strung out across the Atchison, Topeka and Santa Fe Railway. The English-born entrepreneur hired European chefs to bring the world’s cuisines to the Southwest while at the same time acquainted American diners with unfamiliar foods from remote regions in the U.S.

“For generations, the Harvey company was responsible for introducing Americans (who were still unaccustomed to eating out) to all different kinds of international and American regional cuisines — everything from pressed duck at the grand restaurant in the Kansas City Union Station to the earliest introduction of Mexican and New Mexican cuisine,” said Stephen Fried, Harvey expert and organizer of the Fred Harvey History Weekend. Macaroni and cheese with oysters, Hungarian goulash, green turtle and sea celery, pozole and guacamole were other items considered “exotic” by American travelers at the time. Menus filled with unusual choices were determined by which foods were available and in season. Standardized recipes combined the know-how of European chefs with fresh local American ingredients.

First, she explained, Harvey created a place where tourists were introduced to the cuisine. So many of us who live in the Southwest are familiar with Harvey Houses, such as La Posada hotel in Winslow, The Painted Desert Inn at Petrified Forest National Park and La Fonda on the Plaza, that exemplify the mission style which came to define Santa Fe’s Pueblo Revival movement. Restaurant spaces were filled with décor that reflected the place of the source of exotic foods, in this case, Mexico or New Mexico. They were also meticulously designed with a mix of European trimmings so that tourists would be comfortable with the setting. Rustic foods like frijoles refritos (refried beans) and albondigas (meatball) soup were served on white table clothes with Irish linen napkins and fine china.

“The Mexican dishes were part of the dinner menu but were separated [from the other menu items] as if telling the diner, ‘If you’re really feeling adventurous, you could try this,’” Stanford said.

Fred Harvey chefs adapted ingredients and preparation methods to conform to what they perceived to be the tourists’ tastes. As an example, Stanford pointed to European chef Konrad Allgaier of La Fonda in Santa Fe, who eliminated lard from traditional New Mexican recipes. Chef Konrad was a celebrity chef of his time – his Americanized versions of traditional recipes were broadcast to newspapers and magazines nationwide by the Associated Press. He led the creative kitchen at La Fonda for almost 25 years starting in the 1930s.

Today, Lane Warner is at the helm of the kitchen at La Fonda on the Plaza (for almost as long as the legendary Allgaier.) The executive chef made his appearance at one of the three food events of the weekend, the Fred Harvey Foodie Dinner, with his crowd-pleasing Dover Sole Paupiette – long, thin slices of rolled fish stuffed with shrimp mousse and served with caramelized apples and onions in pools of lemon brown butter sauce. The Saturday gala featured six courses of Fred Harvey-inspired dishes prepared by top Santa Fe chefs including Chef Sean Sinclair of the Inn and Spa at Loretto. He recreated Harvey Hungarian Beef Goulash (a 10-hour reduction, we’re told) with pasta pillows. Pastry Chef Michael Fram of the Range Café baked Parker House rolls, graham bread and cheddar biscuits. Matt DiGregory of the Range Café will head up the restaurant at La Castañeda, a Harvey House scheduled to open next year in Las Vegas, New Mexico.

The chef team followed in the steps of Fred Harvey chefs by adapting ingredients and preparation methods that conformed to their perception of their guests preferred tastes. Harvey’s celebrated Little Thin Orange Pancakes were paired with smoked salmon by chef Johnny Vee of Las Cosas Cooking School as a new take on a starter. For added drama to the soup course, Dolina Café and Bakery chef Annamaria O’Brien had servers pour rich chicken broth over pre-bowled chicken confit and fresh veggies from long-spouted coffee pots. Diners who paid $150 a head for the New Mexico History Museum fundraiser polished dinner off with coffee and pie – a sweet potato and pecan version with marshmallow topping torched by chefs Peyton Young and Andrea Thede of Harry’s Roadhouse – just like American travelers would have done in Harvey Houses at the turn of the 19th century.

Brunch earlier that morning was served at The Legal Tender, a historic restaurant adjacent to the Lamy Train Station 18 miles south of Santa Fe. The interior of the station house, still used by Amtrak, was created by Mary Colter, Fred Harvey’s interior designer and in-house architect. The Winslow Arts Trust established by Allan Affeldt and Tina Mion of La Posada recently took over the renovation of the 1881 building while local restauranteur Murphy O’Brien and his nephew, chef Rory O’Brien, take on the restaurant. Harvey favorites included small plates of corned beef hash with poached eggs, a Monte Cristo sandwich with strawberry preserves, crab cakes with aioli and shaved fennel salad and individual pavlovas.

The Fred Harvey History Weekend finale took place in Las Vegas, New Mexico, where Harvey introduced American travelers to the exotic at his first trackside hotel, La Castañeda. The hotel, which has been closed for 70 years, is under complete renovation by new owners Affeldt and Mion. Symposium participants toured the active construction site and witnessed the unveiling of a historic replica of the original Fred Harvey signage from 1898. Since the hotel and restaurant are not set to open until 2019, the Harvey-inspired lunch was served at another Affeldt-Mion property in Las Vegas, the Plaza Hotel built in 1882.

“At La Castañeda, we’ll be sticking to Fred Harvey recipes as best we can,” said chef Matt DiGregory. He revealed that recipes were difficult to find since no one place archives them all. The main course included a plating of three small portions of Fred Harvey delicacies: Chicken Castañeda with fresh peas, Salmon Croquets and soft-boiled eggs and Bright Angel Salisbury Steak smothered in red chile sauce.

After the conference, further research found that Grand Canyon’s historic Harvey House Café at Bright Angel Lodge still serves the Salisbury steak. “El Tovar has a dish called El Tovar Chicken that is based on a recipe from the 1940s,” added Matthew McTigue, executive chef at El Tovar and Grand Canyon National Park Lodges. “Harvey House Café has a guacamole dish from the '80s, a cobb salad from the '40s and a trout dish featured on the Santa Fe dining car from the '40s as well.”

Three food venues allowed participants to experience Harvey foods firsthand. “It’s better to taste it than simply talk about it,” smiled Fried over an ample slice of Harvey apple pie with nutmeg sauce. The author of “Appetite for America: Fred Harvey and the Business of Civilizing the Wild West – One Meal at a Time” recently released a new book entitled “Rush: Revolution, Madness, and Benjamin Rush, The Visionary Doctor Who Became a Founding Father.”

Watch for announcements of next year’s Fred Harvey symposium at La Fonda on the Plaza in Santa Fe, www.lafondasantafe.com.

Stacey Wittig is a travel journalist based in Flagstaff. Follow her stories at www.unstoppablestacey.com.

What Americans like to eat on a first date

What Americans like to eat on a first date

Ways to save money on pet care

Ways to save money on pet care

These are the most popular condiments around the world

These are the most popular condiments around the world

When most think of traffic congestion in Flagstaff, Milton Road often comes to mind but business for Dutch Bros. Coffee in Aspen Place at the …