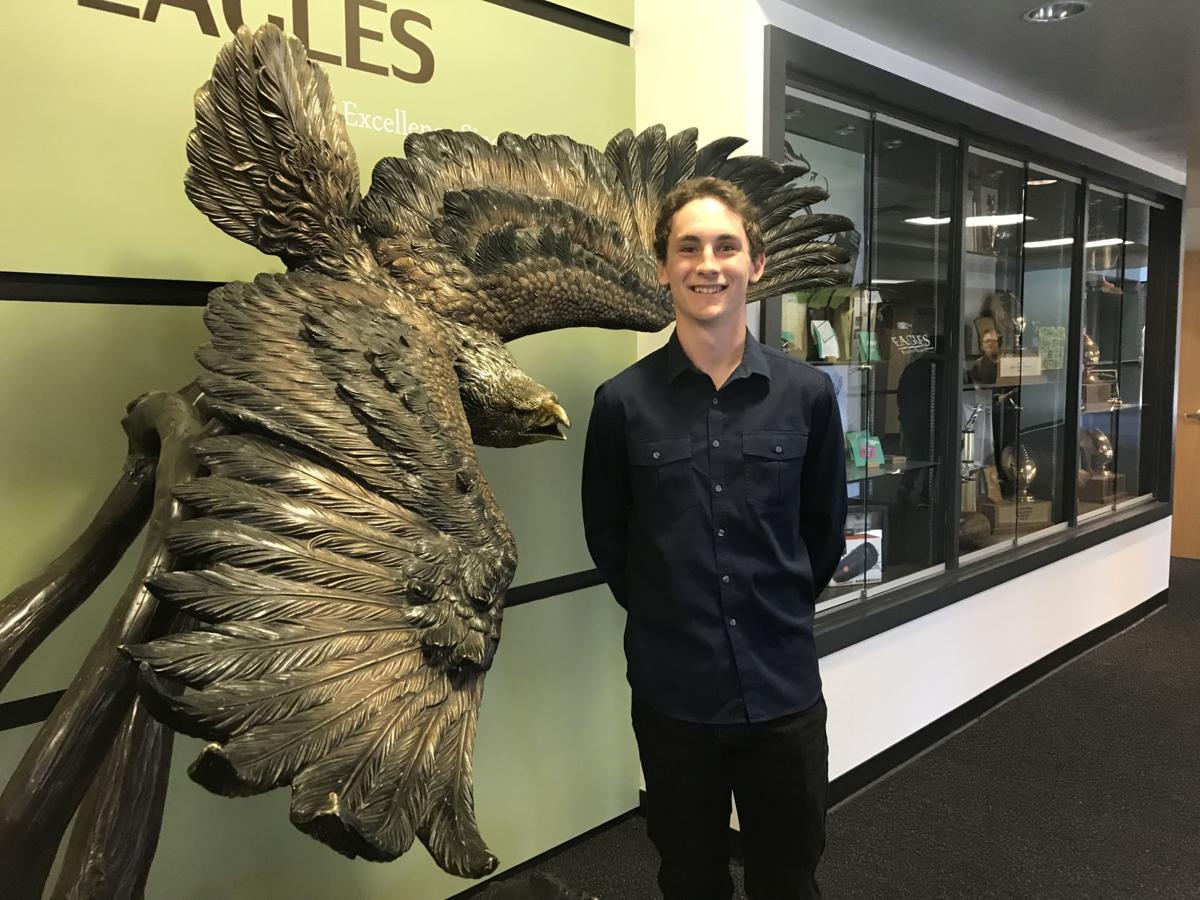 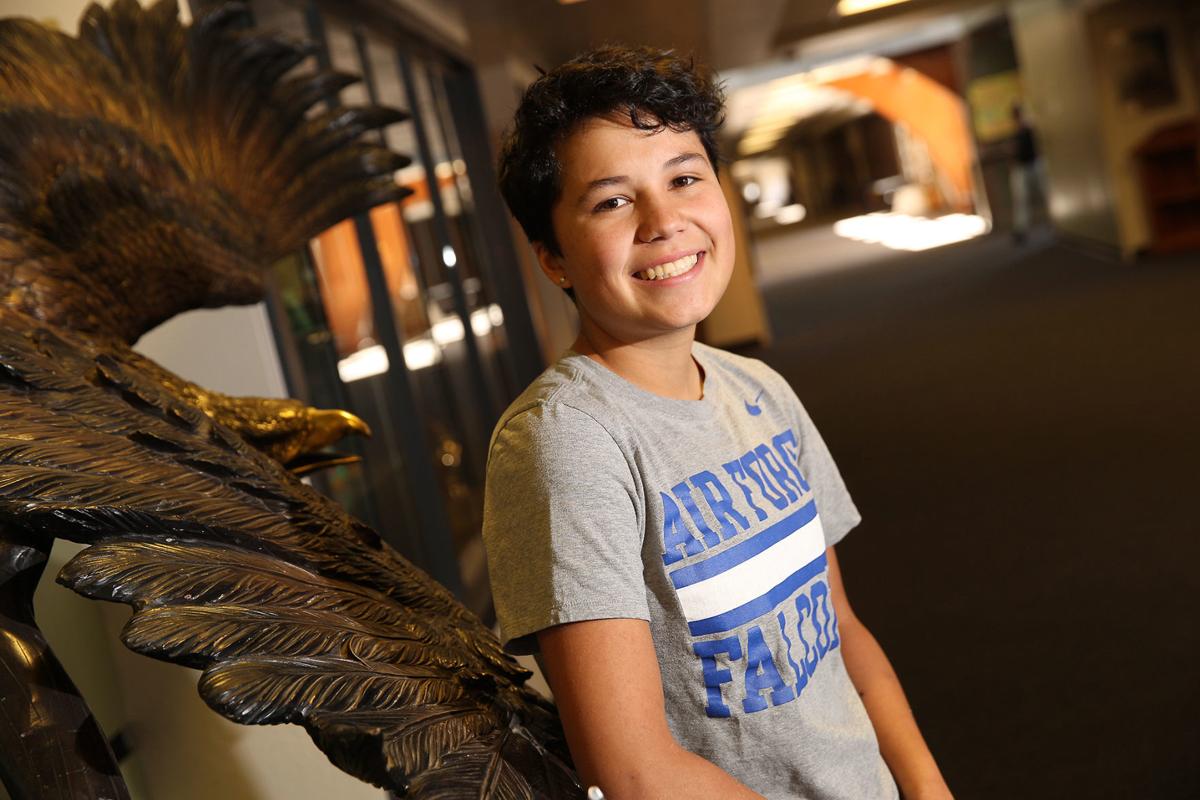 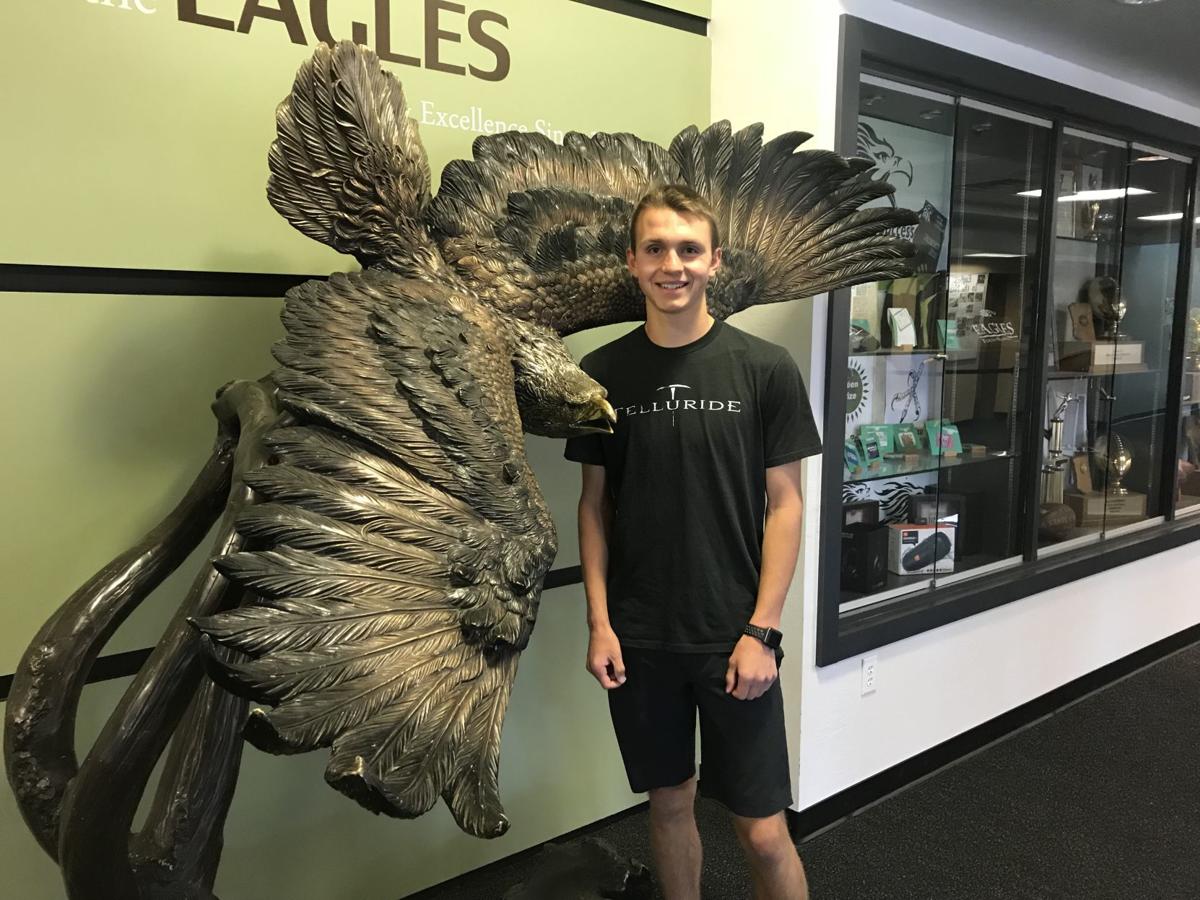 Third in a series

For three Flagstaff High School grads college will be continuation of the adventures they started as teenagers.

Jackson Gilmore won’t be taking the summer off between his senior year of high school and freshman year of college. He will spend nearly four months in the wilds of Alaska running the kitchen at a hunting lodge.

In order to get to the lodge, Gilmore will have to take a commercial flight from Arizona to Anchorage, Alaska, a smaller plane from Anchorage to a smaller airport in the interior, then a float plane loaded with supplies from that airport to the lodge.

Gilmore is a member of the FHS Culinary Competitive Team. He’s taken culinary classes at FHS since his freshman year, when he signed up because there were no other electives available. He quickly fell in love with cooking and this year won a $20,000 scholarship to any school at the Careers Through Culinary Arts Program competition.

He plans to attend Southern Oregon State University and its Hospitality program, where he also has a $40,000 merit scholarship.

Gilmore hopes to continue to work at the lodge each summer throughout his college years.

“It’s different. Everyone who is up there wants to be up there,” he said.

The day there starts around 4:30 a.m. with Gilmore preparing lunch and breakfast for the campers/hunters. It ends around 11 p.m. after Gilmore and the other employees at the lodge guide some of the guests back from the night fishing spots.

All of the employees at the lodge pitch in with any work that has to be done, he said. If something breaks on your watch, you have to fix it, he said. That’s how he learned how to repair a generator last summer.

The lodge is so remote that all of the food, supplies and necessities have to be flown in and resupply flights are infrequent. Last summer, Gilmore took about 110 pounds worth of clothing and equipment with him, including several recipes.

There’s no wifi, internet or cellphone signal out there, so you have to take everything with you, he said. There’s no looking up a recipe on the fly. The lodge does have a satellite phone for emergencies.

Gilmore learned about the lodge through the Northern Arizona Fly Casters, a group he belongs to. They had a speaker come and talk about the lodge. Gilmore approached the man after the meeting and they were able to work something out.

Gilmore’s dream job would to be open a similar lodge somewhere in Colorado with fishing during the summer and hunting during the fall.

His advice is “Get involved. Life’s short. The best decision I ever made was talking to that guy after the meeting. Get involved with clubs in and outside of school, build connections.”

He said his activity in FHS’ Culinary Competitive Team allowed him to collect a wallet full of business cards to chefs all over the state. Those are people that he knows he can call to ask questions and get tips from.

Jessi Harmon hopes to fly helicopters for the U.S. Marine Corps when she graduates from the Virginia Military Institute. Service in the U.S. military runs in Harmon’s family. Her father serves in the U.S. Navy, one brother is in the U.S. Air Force and she’ll join another brother at VMI.

The first women attended VMI in 1997, after the U.S. Supreme Court ruled that it was unconstitutional for the publicly funded college to exclude women.

Harmon plans to study French and International Studies at VMI. She’s already taken three years of Spanish at Flag High and learned German as a child. She has an interest in foreign languages and cultures and wants to learn as many different languages as she can. She reports to the college on July 31.

Harmon has a full-ride soccer scholarship to VMI. She played varsity soccer at FHS for two years and varsity football for one year. She was also involved in music, theater, archery and the mountain bike team at FHS. She was the president of the Glee Club at her previous high school, the International Boarding School in Sedona. She transferred from IBS to FHS in order to be closer to home and for more educational opportunities.

Her advice to others is to “Wake up. You can do more than you think.”

He said he got excited about aviation as a kid when he learned how to fly remote-control planes. He got interested in aerospace engineering after taking a course at FHS. He used his knowledge to design and build an RC plane for his capstone project at FHS. He also earned his private pilot’s license in January.

One of his favorite activities at FHS has been his time on the cross country running team. He hopes to work jet engines or design commercial airplanes.

His advice to his classmates is to “Try new things now while you’re in high school.”

According to the college’s website, Virginia Military Institute is one of the oldest military colleges in the U.S. It was founded in 1839. The college is known for its strict military discipline, academics and physical requirements. The college has a strict honor code. Students who violate the code are expelled. The punishment is announced to the rest of the students by a drum corps. It’s sometimes called the “West Point of the South.”

The college typically has about 1,700 cadets, with the majority, 61 percent, coming from Virginia. The SAT scores for students at the college range from 1110-1270. According to its website, VMI had 1,861 students apply for the class of 2021 and accepted only 977 students.

Prospective students have to meet a number of requirements and fill out an application before they will be considered for a post at VMI. They must provide proof through medical records that they are physically and mentally able to attend the academy.

Prospective students also have to meet certain academic standards to be considered. They must have at least three years of a foreign language. Candidates with a lot of AP classes are preferred. According to its website, VMI usually accepts those students who rank in the top half of their class with grades substantially above passing and test scores above average or better. A student’s involvement in extracurricular activities such as sports, clubs and leadership programs is also taken into consideration. Students also have to submit at least two letters of recommendation.

Many paths to high school accomplishment   OPINION A10

How good habits can be bad for you

Mother’s Day is a special occasion to celebrate, and the following wines will enhance everybody’s enjoyment. These wines are exceptional and e…

DEAR ABBY: My wife and I have been married five years and are raising four children. One is from my previous relationship, one is from her pre…

The bright moonlight shone on my bed last week, a white beam dispatched from the heavens through my small bedroom window. Small, but perfectly…

DEAR ABBY: I am a 48-year-old woman, divorced for 10 years. During that time, I have been in two serious relationships. I'm no prude, but it s…

DEAR ABBY: I just got engaged, and I couldn't be happier. But my fiance is referred to by the entire town as the "bad guy" because of his past…

Family is perplexed by troublemaking sister

DEAR ABBY: My sister is a pathological liar who causes rifts between family members. She tries to turn us against each other. We must constant…

DEAR ABBY: We get our children and grandchildren together twice a year. Our oldest daughter is divorced and, unfortunately, has a significant …

DEAR ABBY: I work as a receptionist in a small medical office. I love my job, but I cannot tolerate when my co-workers make fun of our patient…

DEAR ABBY: My daughter received her tax refund recently. It amounted to $8,700. Approximately $5,000 is for overpaying on taxes. Approximately…