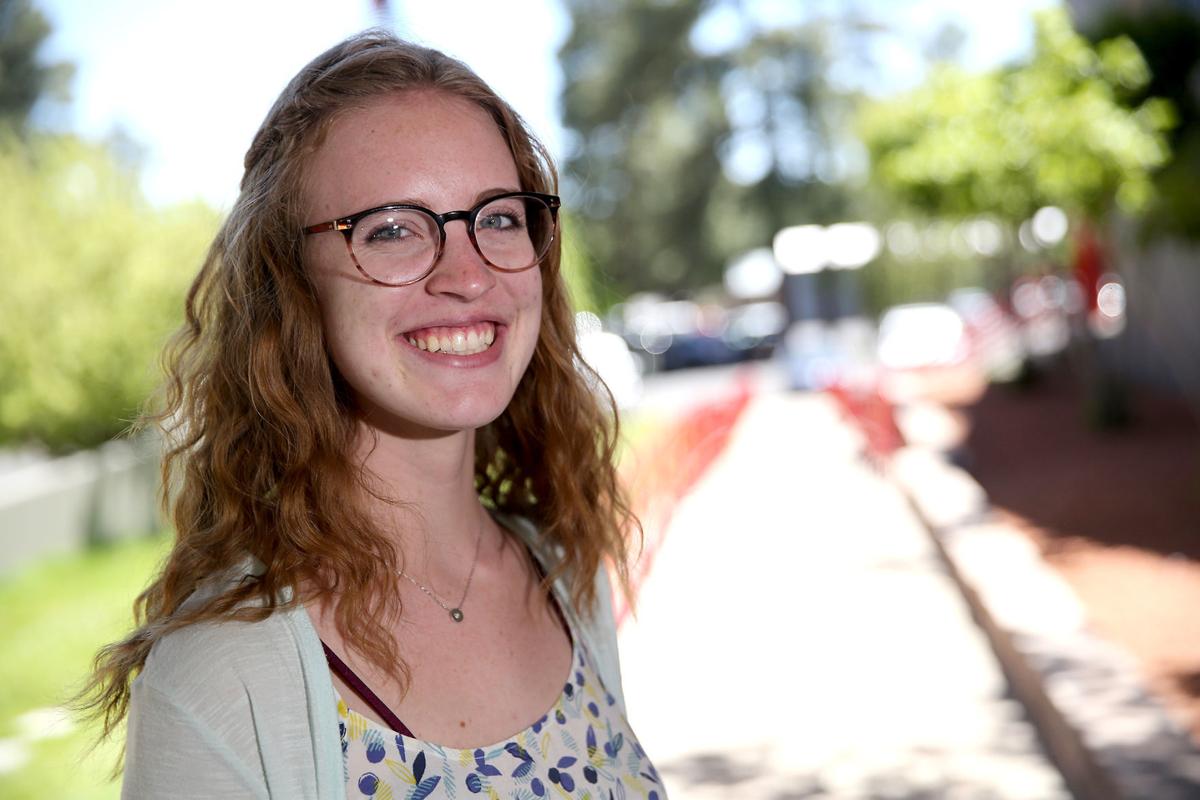 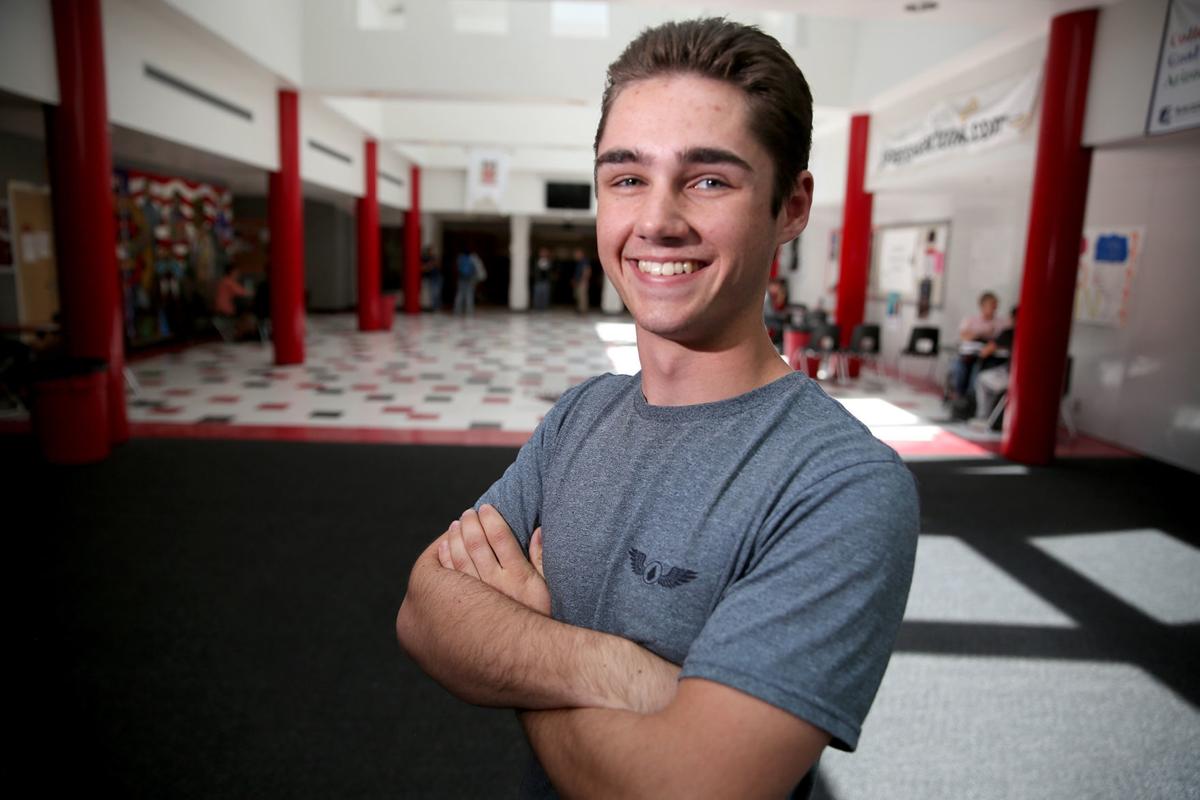 Jacob Seff will graduate from Coconino High School and attend NAU in the fall. 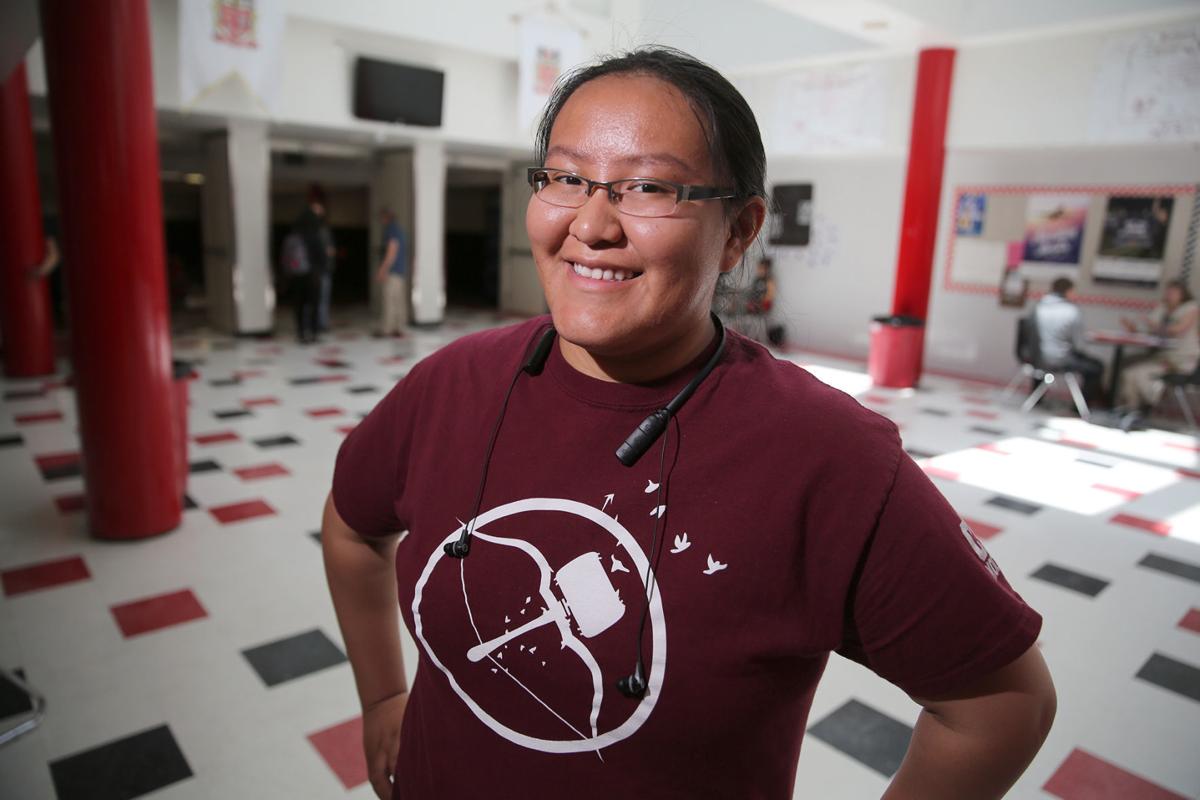 Tonesha Yazzie will graduate from Coconino High School and attend NAU in the fall.

Fourth in a series

Areya Kugler wants to expand a program she started at Theatrikos that helps youth with disabilities get involved in theater.

Kugler started Stage Buddies in her sophomore year at CHS. Her parents are special education teachers and her family has always been involved in Special Olympics.

“I think theater helps us to understand people,” she said. Kugler was also the Drama Club president at CHS, a member of the Spanish Honor Society and an AP Ambassador.

She started getting involved in theater at the age of 7, after her parents encouraged her to join Theatrikos. Kugler describes herself as very shy at the time and theater helped her come out of that shell, she said.

She plans to study Theater and Political Science at Western Washington University in the fall. She also hopes to take a turn at the Peace Corps at some point.

Her advice is “Don’t fret about the little things and don’t forget to have fun.”

Jacob Seff is graduating from high school a year early and starting classes at Northern Arizona University in the fall.

He was able to graduate early by taking all of the high school credits he could while at Sinagua Middle School, including some online English classes.

“I had the opportunity and I thought I should do it,” he said. It was rough, he added, but he did it.

At CHS, Seff got interested in the Automotive Technology program. He said he’s always had an interest in cars and being able to work on off- or on-road vehicles. He helped his brother remodel a 1972 GMC when he was younger.

Remodeling cars and creating hot rods is kind of a lost art, he said.

Seff won the state Automotive Technology Competition at Skills USA this year and will be competing at the national level in June.

“It was a total surprise to hear that I had won,” he said. The requirements and challenges for the contest were new this year and no one was really quite familiar with them. Seff said he didn’t think he did badly but he didn’t think he would take first place.

Seff has a Lumberjack Scholarship to attend NAU in the fall, where he wants to study business management. He wants to open and run his own fabrication shop in British Columbia, where he has dual citizenship.

He recommends “Keeping your head down and you can get through it.”

Tonesha Yazzie also plans to attend NAU in the fall with the Dorrance Scholarship. She’s hoping to major in creative media studies and use her skills to tell the story of her people on the reservation.

She was originally interested in graphic design, but after taking the digital media courses at CHS she found herself drawn to photography and videography. She was also an officer in CHS’ Native American Club. Her capstone project was a film on the creation myths and the culture of Native Americans living in the Flagstaff area.

Her recommendation to classmates is “Work out your schedule before you run out of time. You have to get on top of things like FASFA.”

DEAR ABBY: My husband of 43 years, an alcoholic, has started going to the local grill/bar in our small town. He spends three to four hours the…

DEAR ABBY: I have a wonderful husband of almost 20 years and two teenage children. My husband is incredibly hardworking in his stressful caree…

DEAR ABBY: I have a daughter-in-law I love to pieces and would NEVER intentionally hurt in any way. I recently had contact with my son's ex-gi…

New feelings for longtime friend are not reciprocated

DEAR ABBY: My longtime friend "Bonnie" and I have been reconnecting during COVID, mostly via text and video chatting. She's recently moved bac…

Ex-wife balks at inviting other woman to son's graduation

DEAR ABBY: My husband of nearly 22 years and I divorced last year after he told me he didn't want to be married anymore and didn't know if he …

Heartbreak awaits sons when dad is released from prison

DEAR ABBY: Three years ago, I found out my husband had sexually abused one of his nieces. He took a lie detector test, failed it and confessed…

DEAR ABBY: I'm in high school. My boyfriend lives across the country in a different state. He is a teenager, too. I have asked people for advi…

DEAR ABBY: I'm a 60-year-old woman. My house is on a corner lot. Just about every time I walk outside, a male neighbor of mine stares at me. H…

DEAR ABBY: I'm in my early 30s. I live and work in a beach town and visit the ocean often on my time off. I have a large tattoo on my side, an…

Jacob Seff will graduate from Coconino High School and attend NAU in the fall.

Tonesha Yazzie will graduate from Coconino High School and attend NAU in the fall.