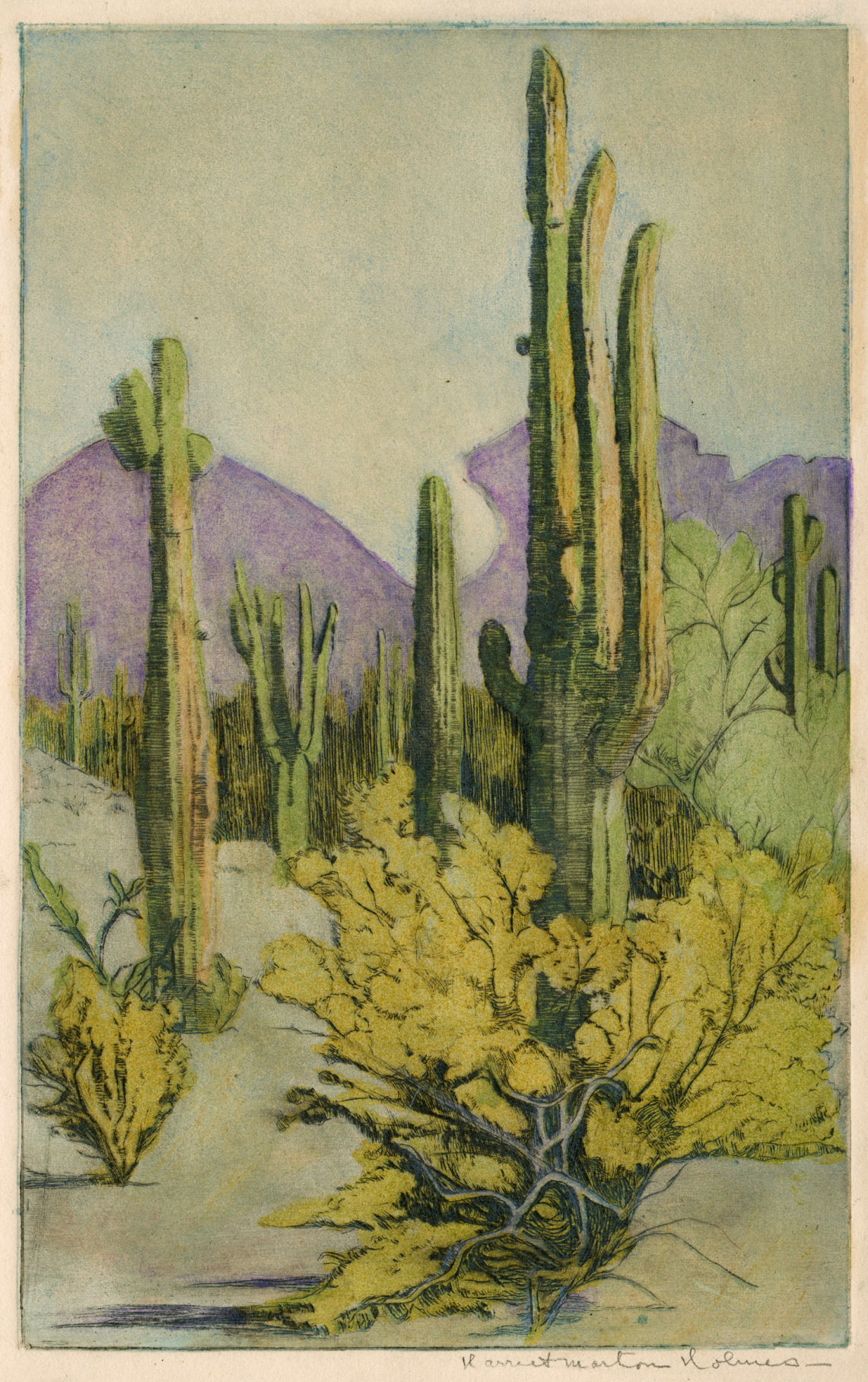 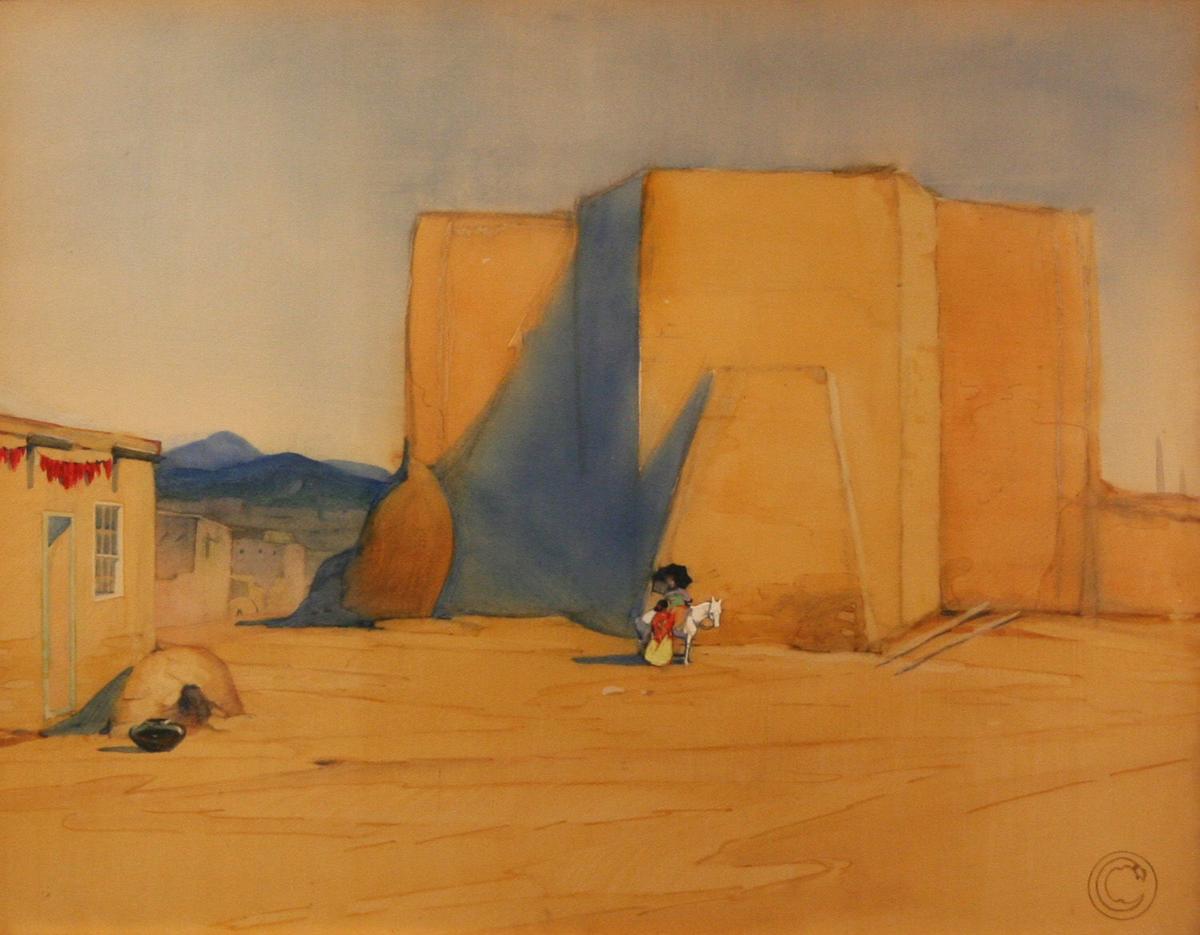 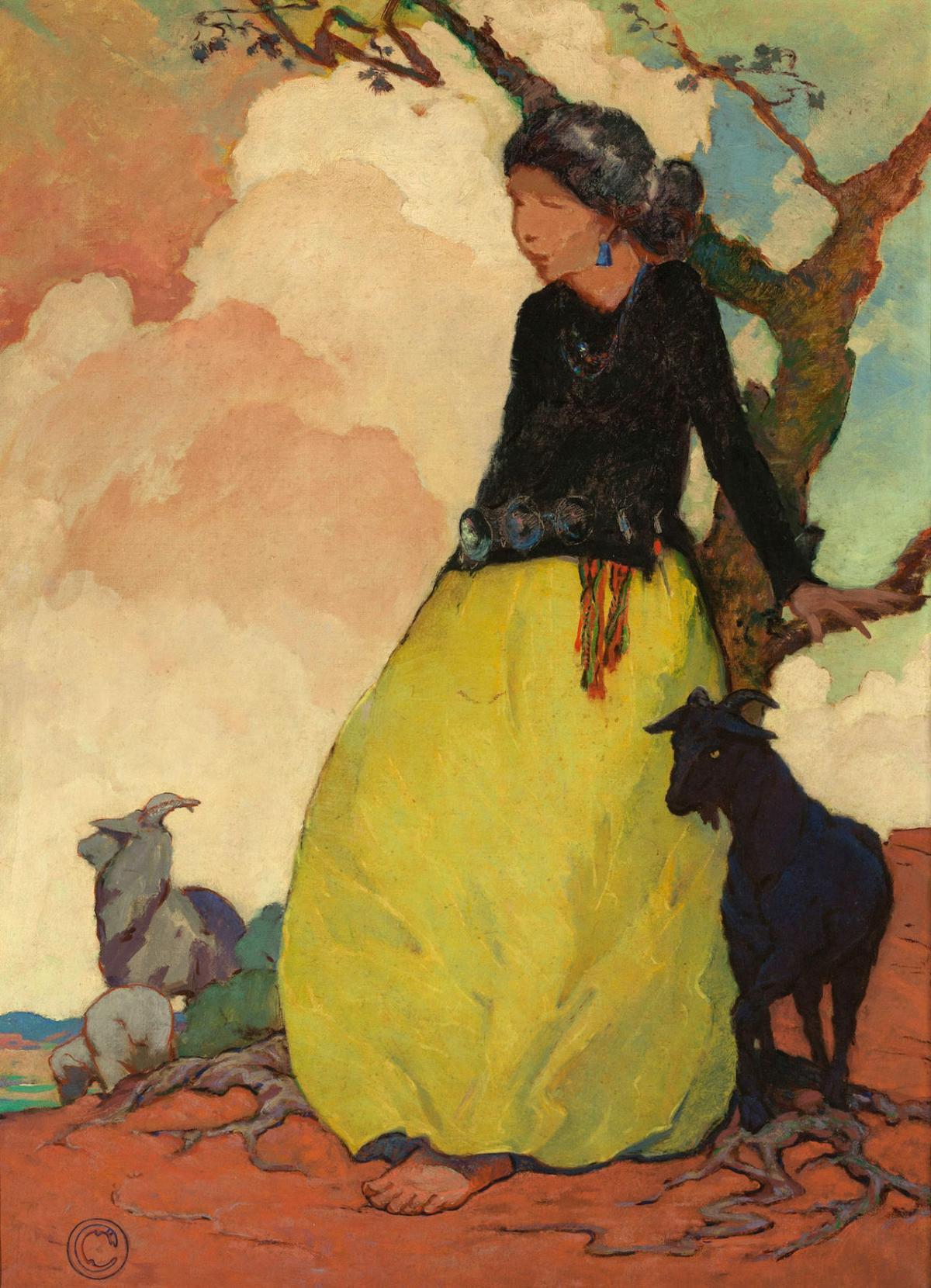 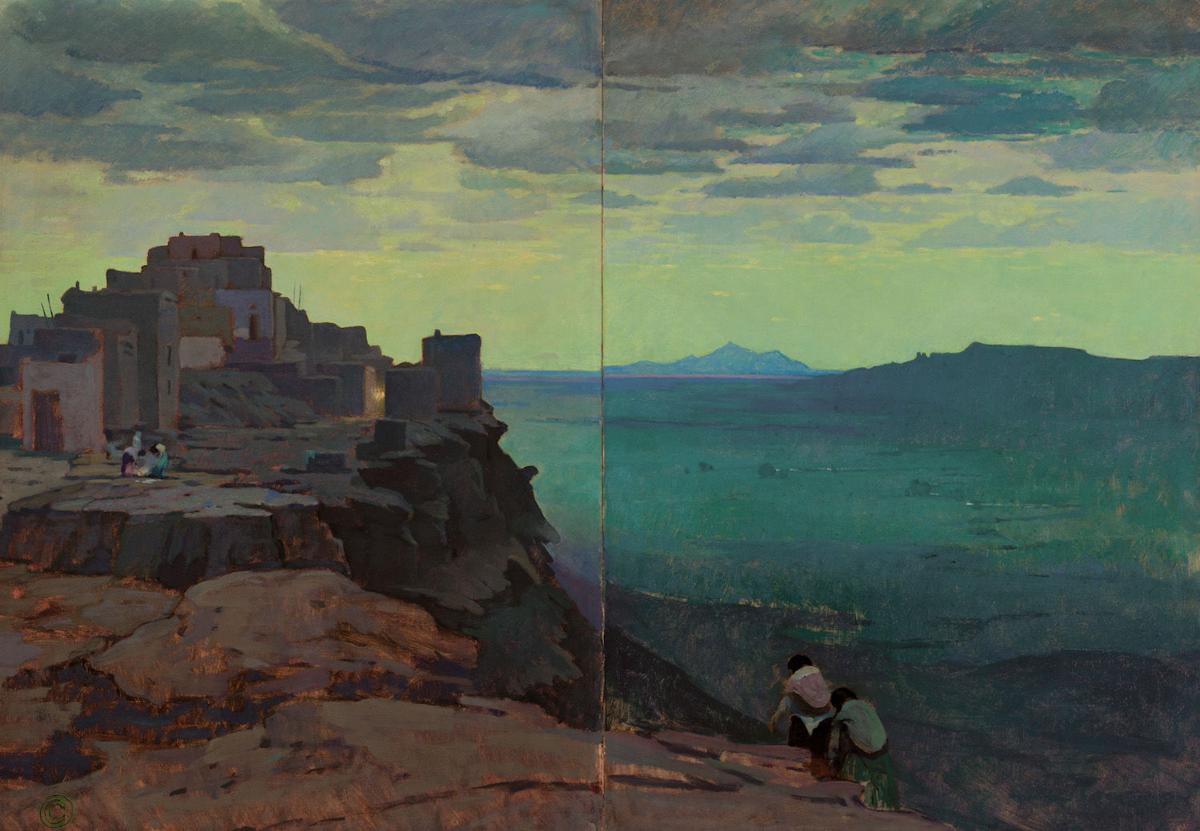 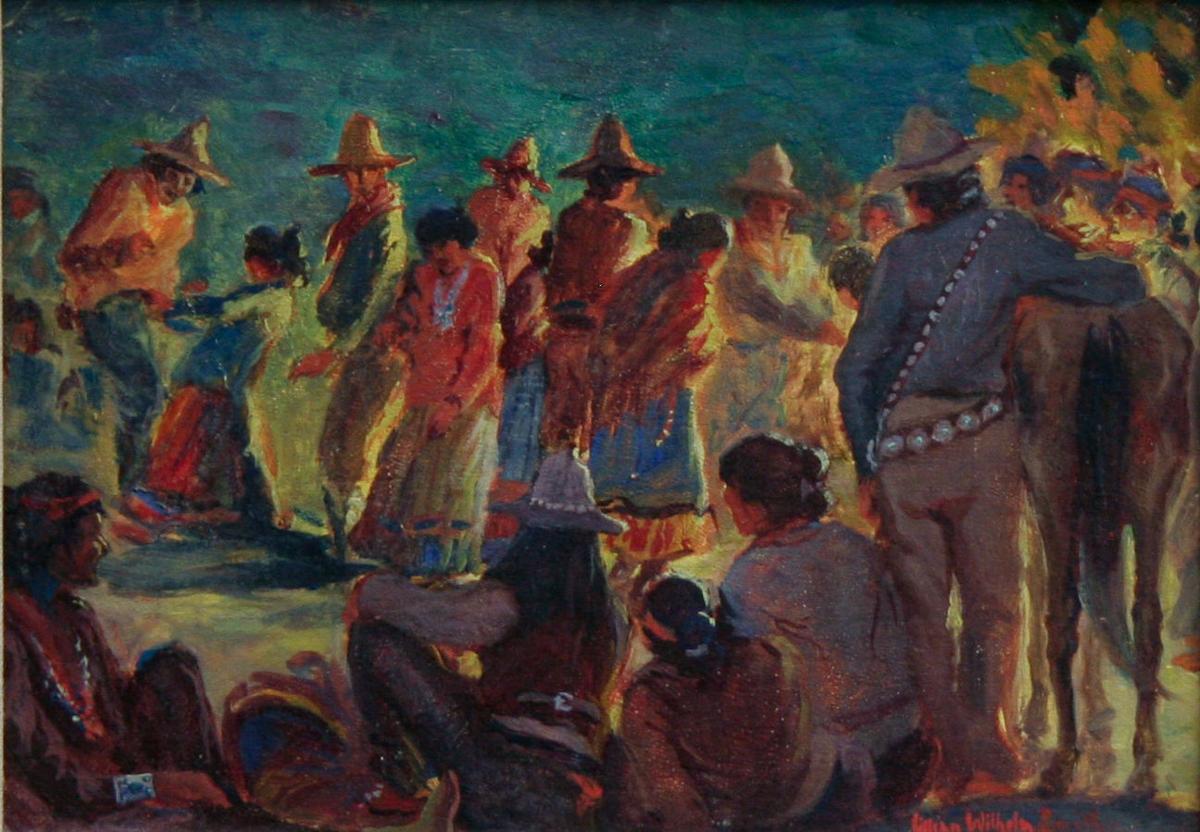 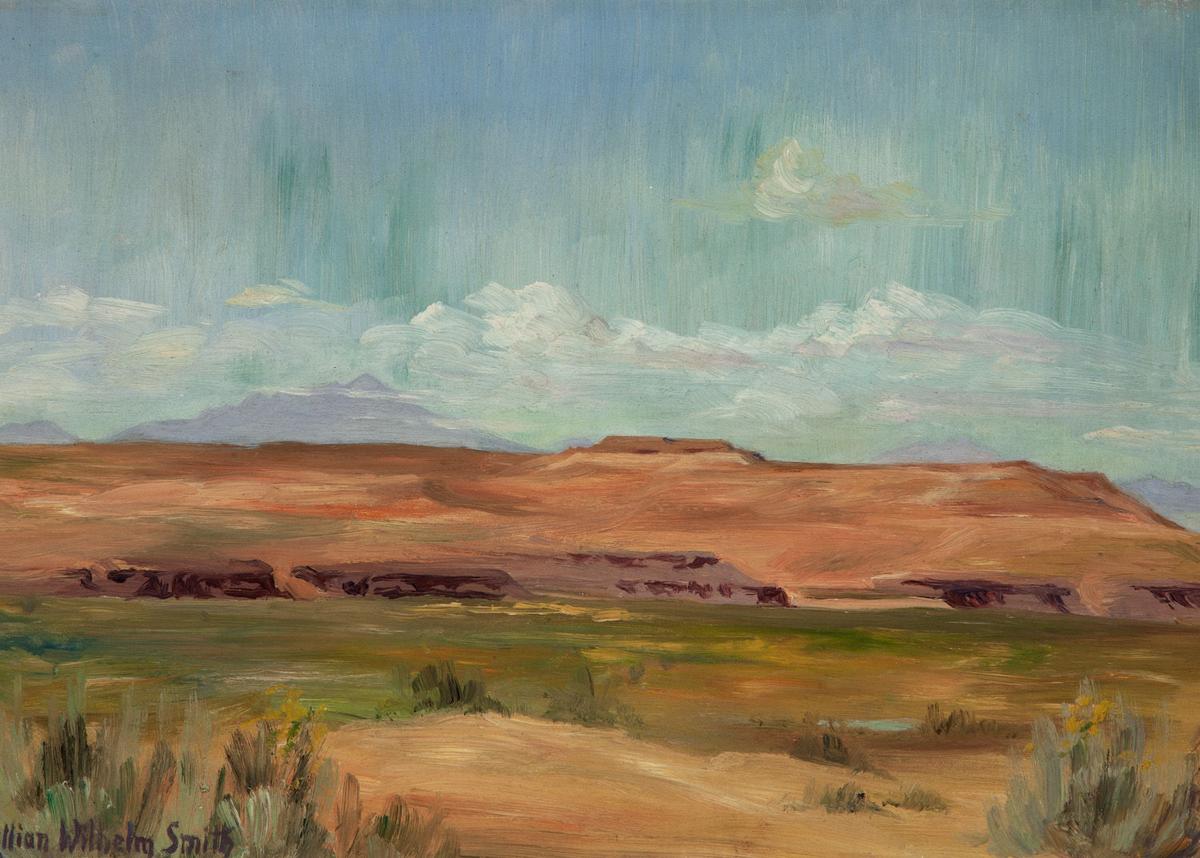 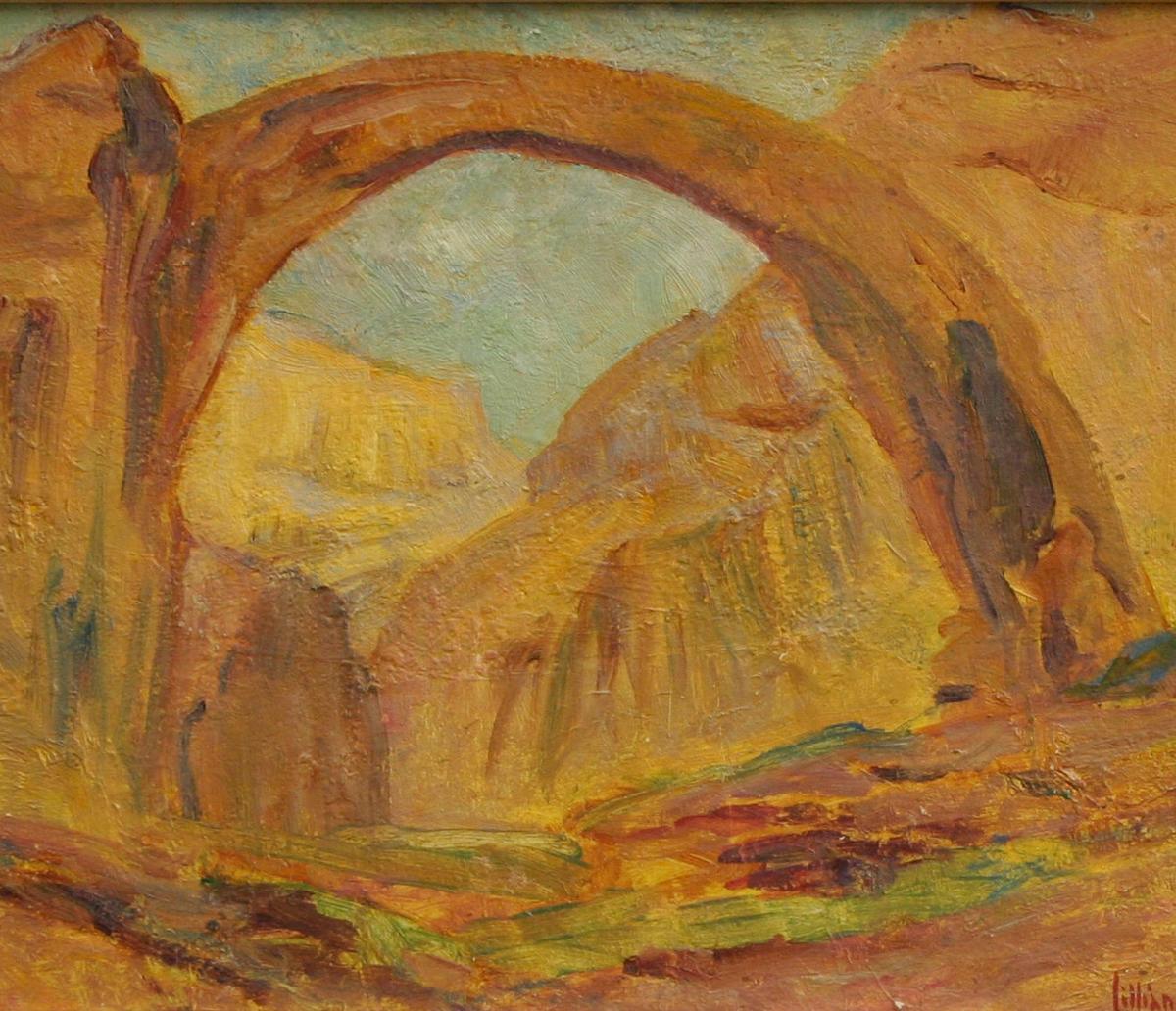 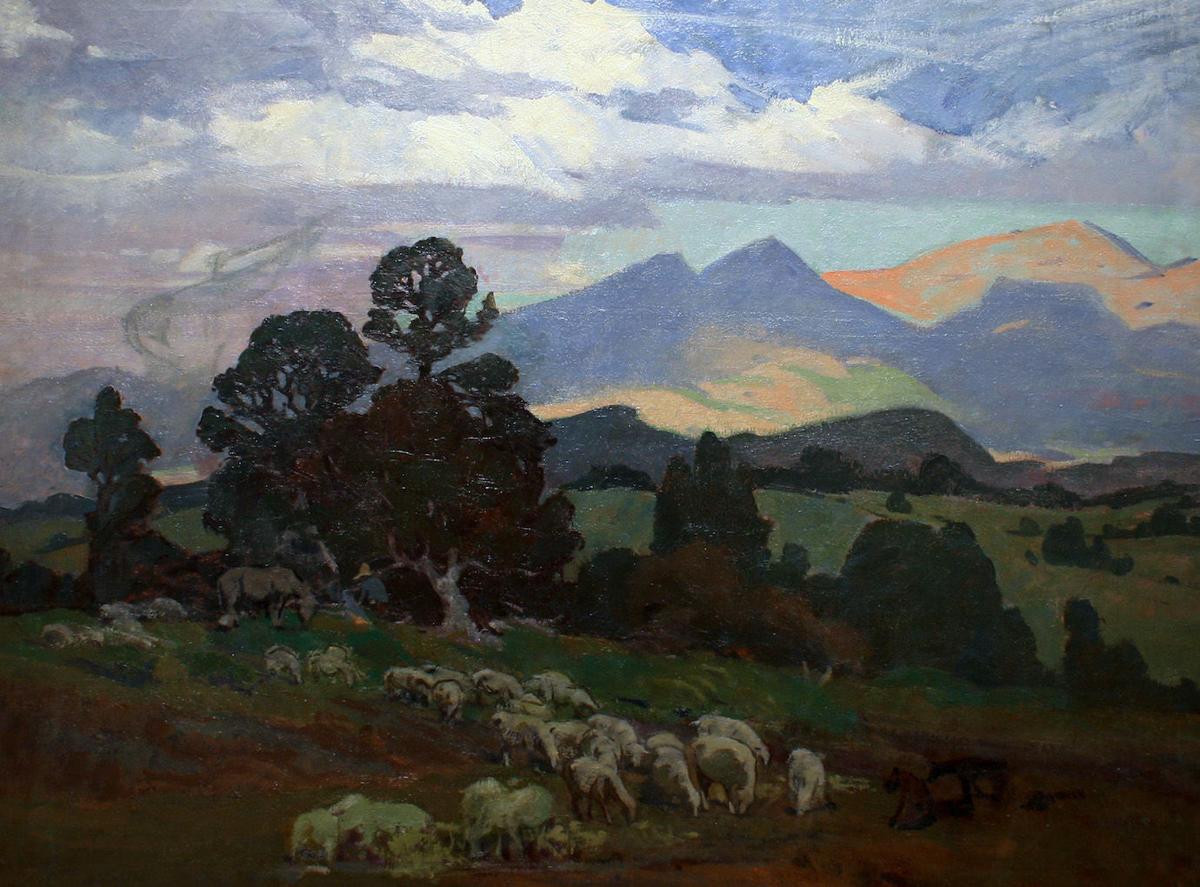 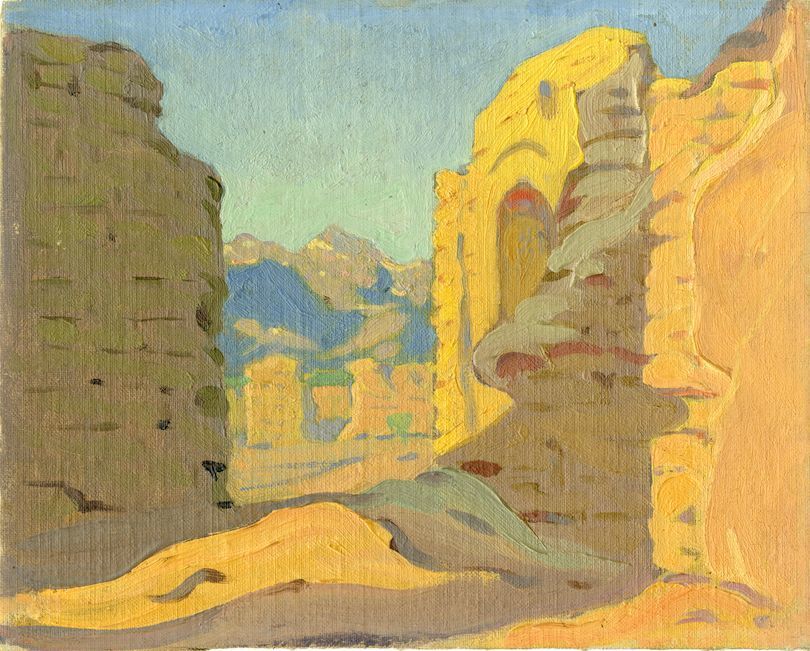 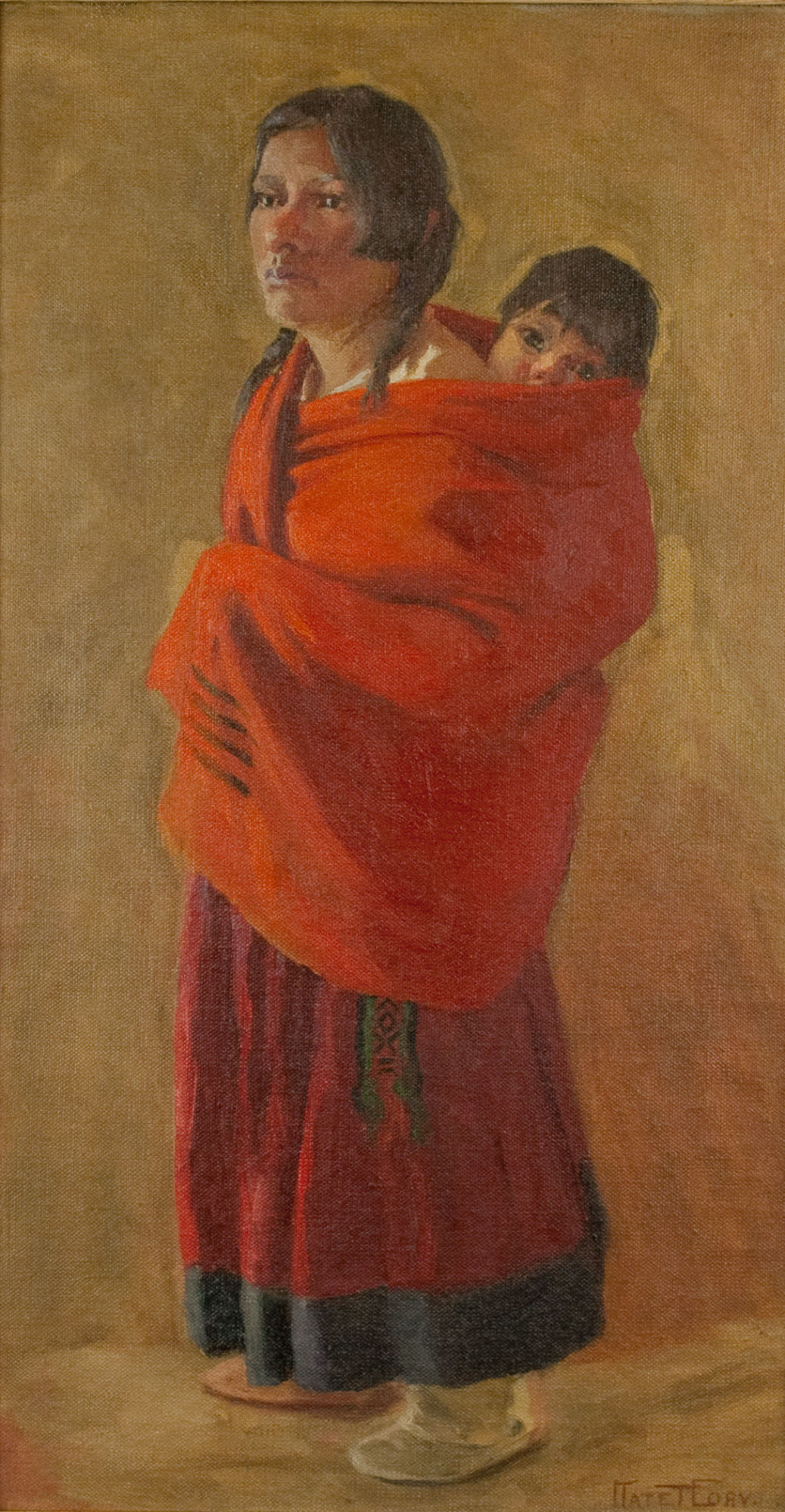 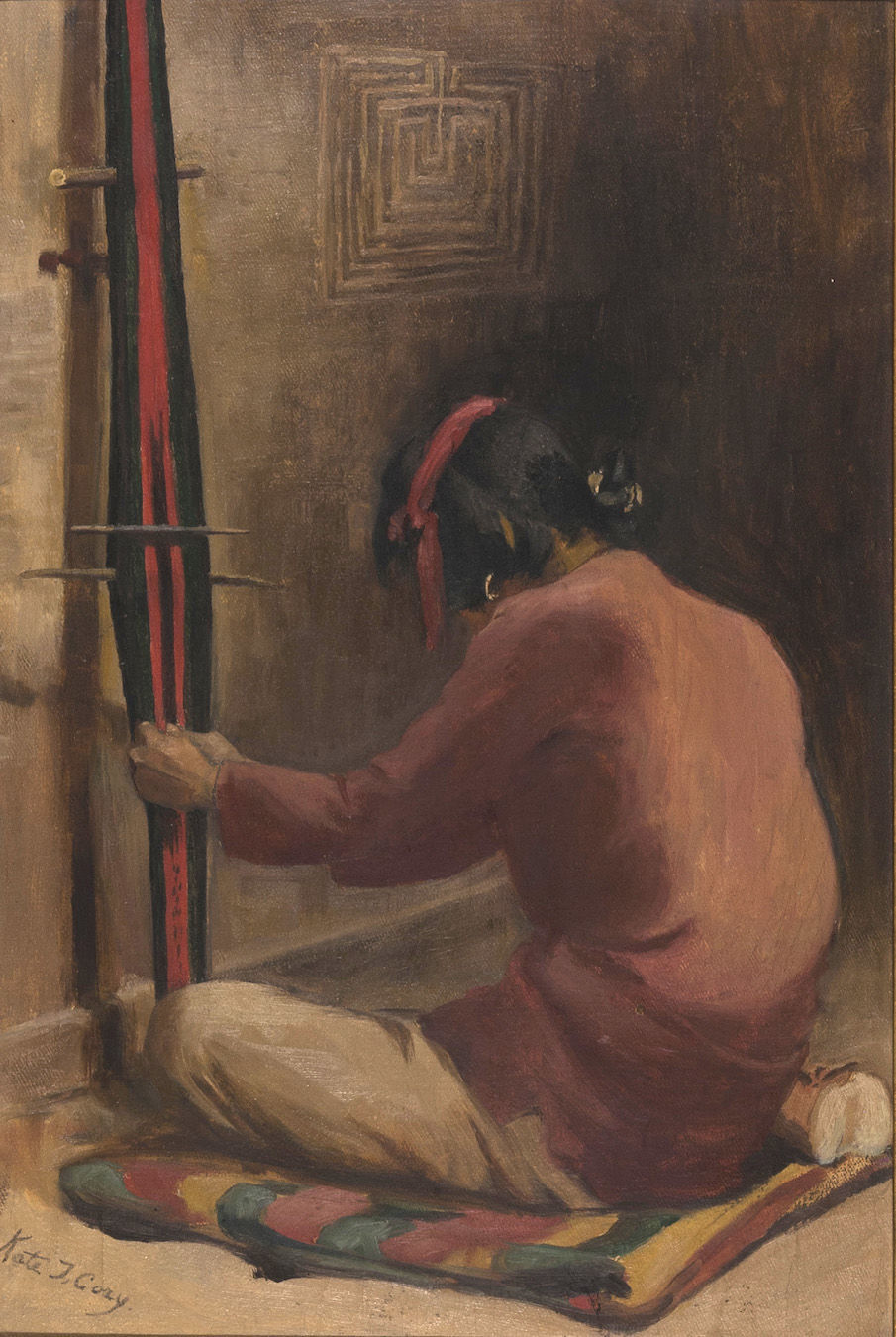 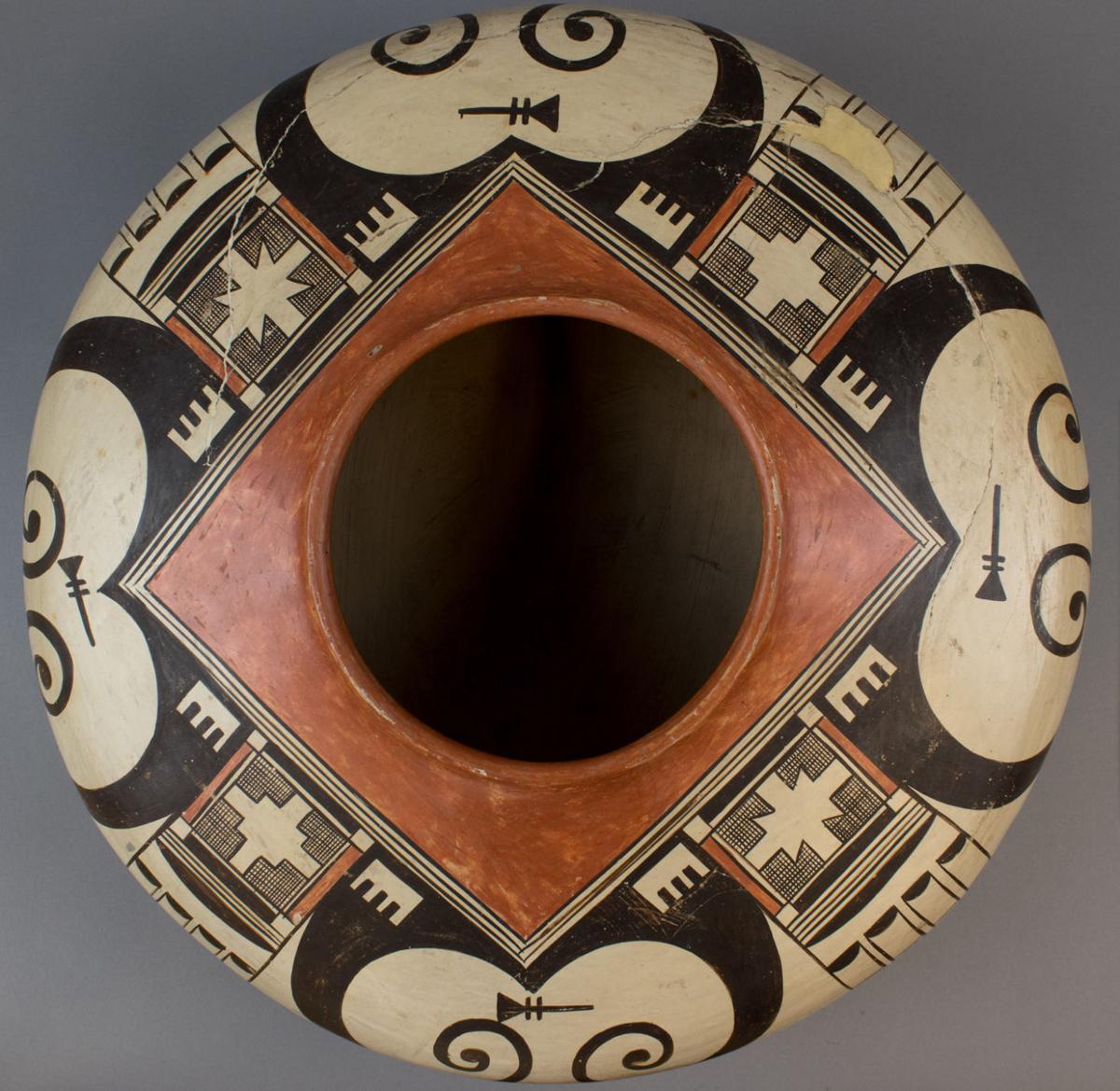 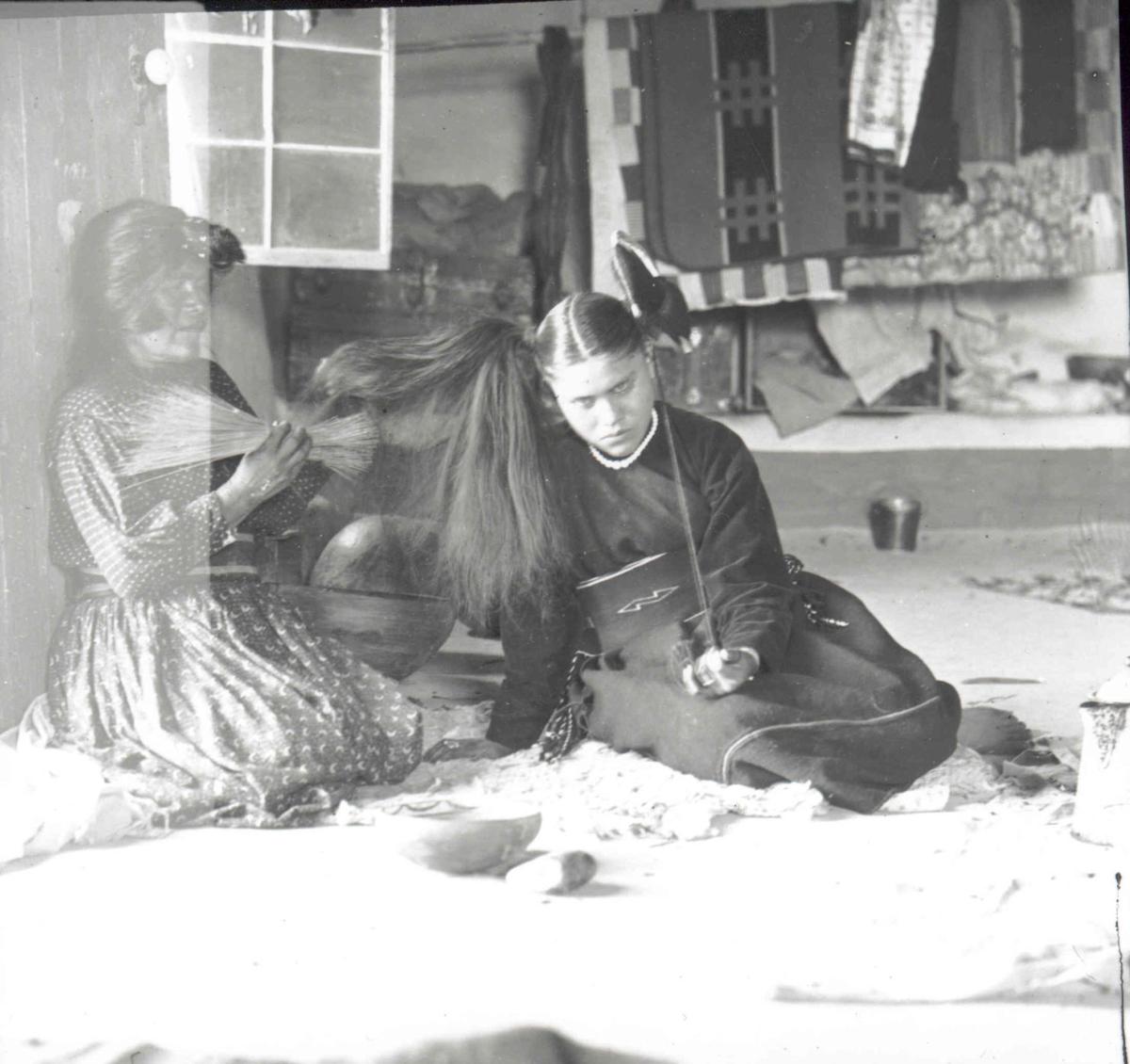 Western mythos perpetuate the notion of the Rugged Individualist—yes, even in the artistic realm—those brave souls who forge paths in the forbidding frontier and build lives and work that reimagines what is possible and exposes the West’s rough-hewn aesthetic to the cultured Eastern establishment.

Too often, though, the default for such an archetype has been male. All that Teddy Roosevelt rough riding and Wyatt Earp swagger, all those Horace Greeley exhortations that spurred such noteworthy artists as Frederic Remington and George Catlin to “go West, young man” and depict the wild frontiers from their exalted perch for a curious, cultivated audience. And the women folk? Well, for decades under patriarchal hegemony, it was presumed they were either left behind back East to keep the home fires burning or, if they headed West, dwelled strictly in domestic matters.

Reality, however, tells a far different, if less shared, story. It’s a tale of tough women who took chances and built their own careers in a time of the women’s suffrage struggle and stifling gender roles. Such fearless, and peerless, women artists of the early 20th century are celebrated in “Liberating Landscape,” an exhibit at the Museum of Northern Arizona.

If you may not have heard of several (or all) of the six artists featured, well, that’s the point. Few considered these women, though noteworthy outliers at the time, as candidates for the artistic canon of America—at least until now. A changing society means a reevaluation, and now artists such as the Hopi potter Nampeyo, the photographer Kate Cory and the painter and renaissance woman Mary-Russell Ferrell Colton are seen anew on the gallery walls and displays in Flagstaff. And lesser known illustrators, such as Lillian Wilhelm Smith, Harriet Morton Holmes and Nora Lucy Mowbray Cundell, get exposure perhaps denied them back in the day.

How about Nampeyo, the turn-of-the-century Tewa/Hopi potter who, in her time, became the first breakout artist known to collectors and ethnologists and almost singlehandedly led a revival of the Native American craft, though, in time, her contributions were overshadowed?

Or Cory, who lit out for northern Arizona on her own at age 44 to join what she assumed was a colony of artists but instead lived for seven years among the Hopi? She became so accepted into their cloistered community that they encouraged her to photograph their most private moments and rituals.

Or what about Wilhelm Smith, a thoroughly modern woman way ahead of her time? She came west from New York City in 1913 to work as an illustrator for popular Western author Zane Grey, but soon made a name for herself for her oil and watercolor canvases depicting the West as she, not Grey, saw it. She even enlisted her husband, war hero Jesse Smith, to scout out locations for her landscapes.

And then there’s Ferrell Colton, who co-founded MNA in 1928 with husband, Harold S. Colton. Paintings on display in the exhibit only scratch the surface of her pursuits. She’d roll up her sleeves and perform science experiments in a spare bedroom, trying to suss out the precise mix of mordants and plant extracts to reproduce traditional Native dyes for weaving, sometimes boiling weeds in sheep urine for the desired effect. She, too, would venture to Hopi land to help preserve Indigenous culture while not ignoring her own painting up and down the Colorado Plateau.

What curator Alan Petersen and staff archivist Melissa Lawton sought to express in the MNA exhibit is a sampling of the West as seen through a subtle, yet distinct, early feminist perspective. Most of these women artists came of age before passage of the 19th Amendment, giving women voting rights, but their artistic voices were far from blunted.

“All these women were looking for opportunity, and coming to the Southwest gave them the freedom to grow as artists—and as people, as well,” Lawton said. “There were decades of artists coming out West, painting these amazing landscapes and taking them back to the East Coast. Art was one of the more acceptable forms of careers for women, and northern Arizona gave them the ability to go out and do their own thing.”

Indeed. Take the case of Cundell, an established painter in London who, at the height of the Great Depression, made a trip to the Grand Canyon that changed her life. In 1935, in an audacious act of liberation at the time, she sold her house and all her worldly goods in England, took a steamer ship to New York, bought a used Ford Model-A and set off for Arizona’s Vermillion Cliffs where, she told friends, the landscape “looked more home-like than anywhere I’d seen for a long time.” Upon her death in 1948, her ashes were scattered at the base of the Marble Canyon cliffs.

It’s not that these artists were making overtly feminist statements; they were just individual acts of independence that, seen in retrospect, amount to a clarion call.

“I don’t think coming West was an escape for them,” Lawton said. “Times were starting to change, and they felt nothing was off limits for women anymore, so they embraced that fact.”

Rather than a room of one’s own, these artists—save Nampeyo, born and reared on her Native land—found a landscape of their own in the wide open spaces of the West. And their artistic output, on display at MNA, is a testament to that fact.

“Liberating Landscape” will remain on display through Jan. 10, 2021, at the Museum of Northern Arizona, 3101 N. Fort Valley Road,. MNA is open to visitors on an appointment-only basis Thursday through Sunday, 10 a.m. to 4 p.m. Up to 10 people are being allowed in the museum each half hour. Masks must be worn at all times by visitors and staff. Visit www.musnaz.org for more information and to reserve a visit time.

During Tuesday’s Flagstaff City Council meeting, residents, business owners and councilmembers deliberated over the need for an enforceable no…