Full disclosure: ‘Ol Whitey performed at The Museum Club on several occasions. No lie. When I first moved to Flag in 2016, said saloon held a weekly open mic night. My crowning glory was an uncensored accordion rendition of “The End” by The Doors. As the MC on duty summed things up, “Whitey crushed it!”

Skip ahead to December 2018 and my Postcard From America album release gig one Saturday night at the very same venue. Whitey’s act closed with my legendary squeezebox “The End” cover, but details of that epic finale will just have to wait until . . . well . . . the end. In the meantime, let’s take a gander at the beginning.

The Museum Club was built on Route 66 by Dean Eldridge in 1931 to house his huge collection of taxidermied oddities and other life-size Western kitsch. The Paul Bunyan-scale log cabin has served as a Flagstaff landmark ever since the tail end of Prohibition, and rumors of speakeasies and prostitution still abound.

Brother, I believe. In my book, first hand gossip is ten times more reliable than the corporate Google algorithm. Hell, just the other day a blonde regular daydrinker informed me from her barstool that the brothel used to be upstairs and bootleg booze was distilled behind the north bar. Of course, this would just be a Coconino County riff on the classic frontier architecture of a legit saloon facade concealing an illicit backroom casino: liquor in the front, poker in the rear.

In 1936, Flagstaff saddle maker Doc Williams bought the place and turned it into a night spot, and so it has remained. Fast forward to the mid 1960s, and former Texas Playboys’ steel guitarist Don “Pappy” Scott took over, booking name-brand western swing artists. On May 17 of 1973, Scott’s wife Thorna fell down the stairs, broke her neck and died two days later. A couple years after that, Pappy took a hunting rifle off the wall and blew his brains out in front of the Museum Club fireplace. Their ghosts have haunted the premises ever since.

Over the years, the stage has seen the likes of Willie Nelson, Wanda Jackson and Junior Brown. Booths and tables surround the periphery of the dance floor, and stuffed dead animals threaten to pounce from the rafters in the cavernous interior. License plates from all over the U.S. adorn the ceiling above the main bar. Nighttime shows draw a honkytonk crowd, with all the requisite rowdiness.

Not one for mob scenes, I confine my visits to the early afternoon. Put a dollar in the jukebox and play “The Carrol County Accident” by Porter Wagoner. Then one and done.

In September 2017, The Museum Club suddenly closed for the first time since it was built. A realtor’s sign briefly competed with the blank marquee for the attention of Mother Road passersby.  hankfully, on Dec. 29 that same year, U.S. Army veteran Dru Douthit reopened the joint, leasing the building from the Zanzucchi family, who‘ve owned it since the 1970s. Douthit made hay while the sun was shining, ‘til the gathering clouds of the galloping goop shut the doors in March 2020. A few months later they reopened briefly (a bit of a dicey do if you ask me) but shut down again around the first of 2021.

Now the good news: with the creeping crud rapidly receding in the review mirror, the place has opened up once again, under new management. The current Jefe—a long-time compadre of mine—wishes to remain anonymous, but take my word: this man means business. Putting his money where his mouth is, the dude done dusted the cobwebs clean off the crouching critters, and maxed the patio seating out back. He’s committed to live music every Friday and Saturday, plus a four-day country music festival around Fourth of July. Can’t ask much more than that.

To wrap up, as promised in the second paragraph, here’s a blow-by-blow of Whitey’s 2018 crash-and-burn exit from The Museum Club. Luck would have it, we was triple booked—before a local rock ‘n’ roll band and simultaneous with an office Christmas party. Partway through my set some woman from the workplace holiday bash inquired, “Is this Rock Nine?” The establishment’s head honcho set her straight right away: “Oh no! This is an abomination.”

Then came “The End.” Ol’ Whitey eventually got around to visiting the killer’s parents: “‘Father?’ ‘Yes, son.’ ‘I want to kill you. Mother? I want to . . .’” Then I explicitly channeled Jim Morrison’s incestuous intercourse at the top of my lungs. The Christmas party lady finally lost it, screaming hysterically, “I don’t care if I have to pull the plug myself! Stop this circus immediately!”

The customer is always right at The Museum Club, and the sound man complied post haste. My amplification evaporated right then and there, cutting me off in the middle of “Kill! Kill! Kill!”  Nuthin’ to do but wave goodbye and shout, “I tol' all y’all it was the end. Merry Christmas!”

Whitey Winchester is the nom de plume of Andy Stanford, just one of his multiple personalities. Full Disclosure takes a magnifying class to recognizable Flagstaff locations and characters. 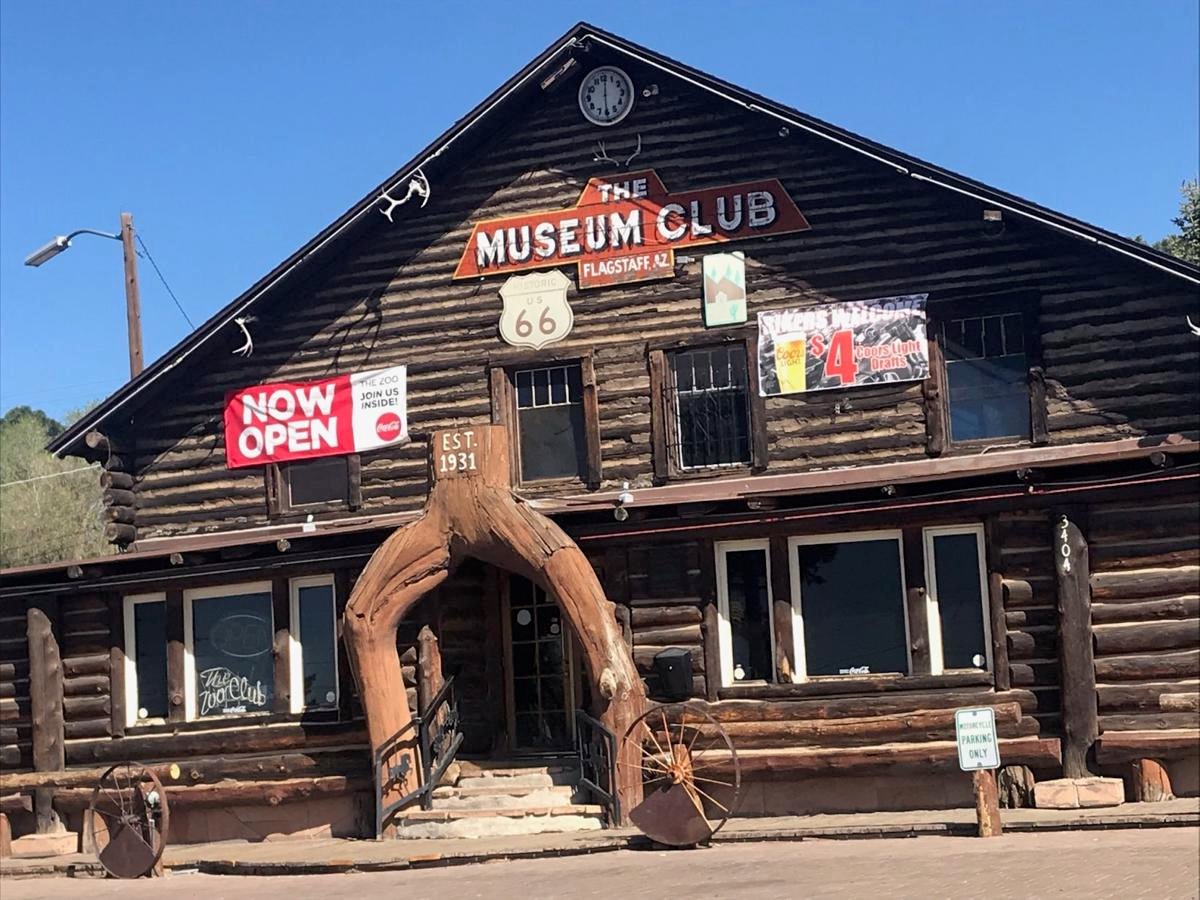 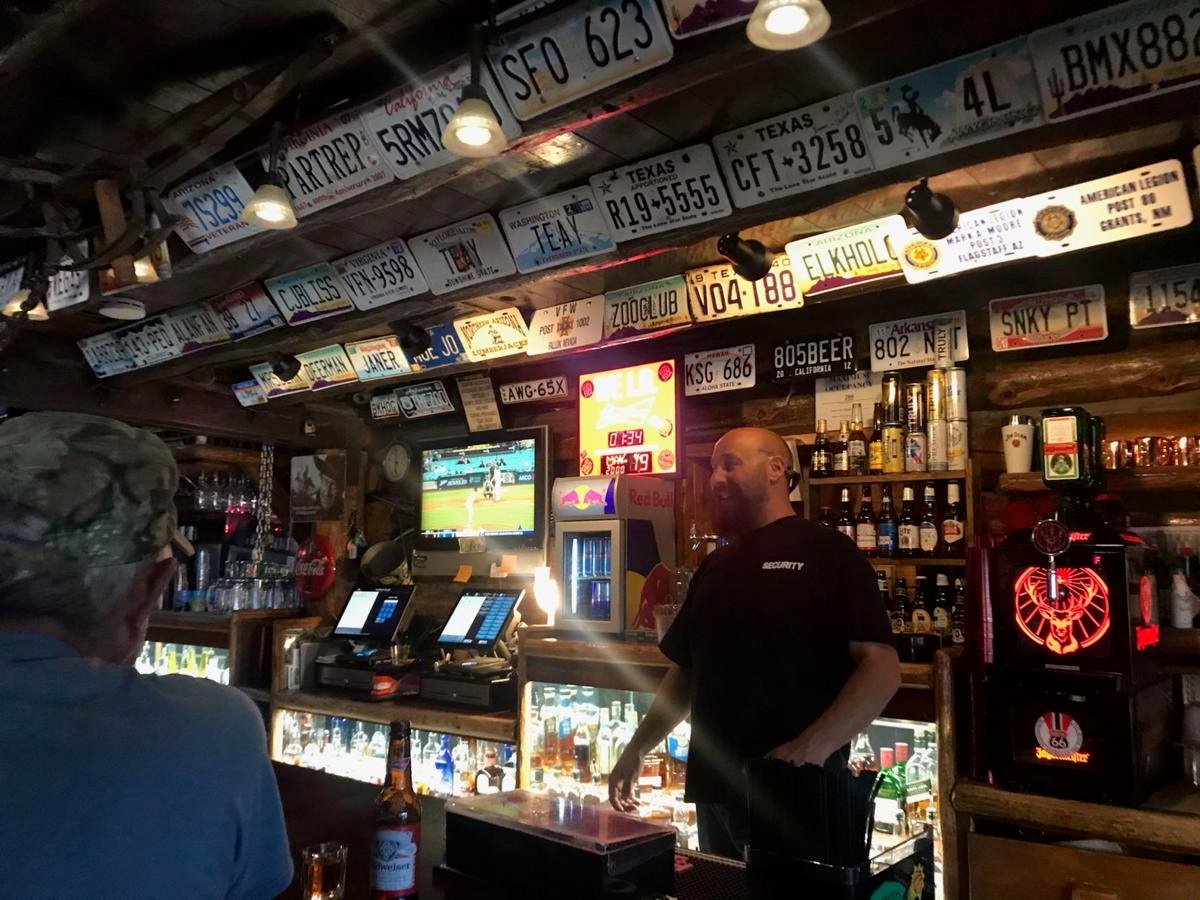 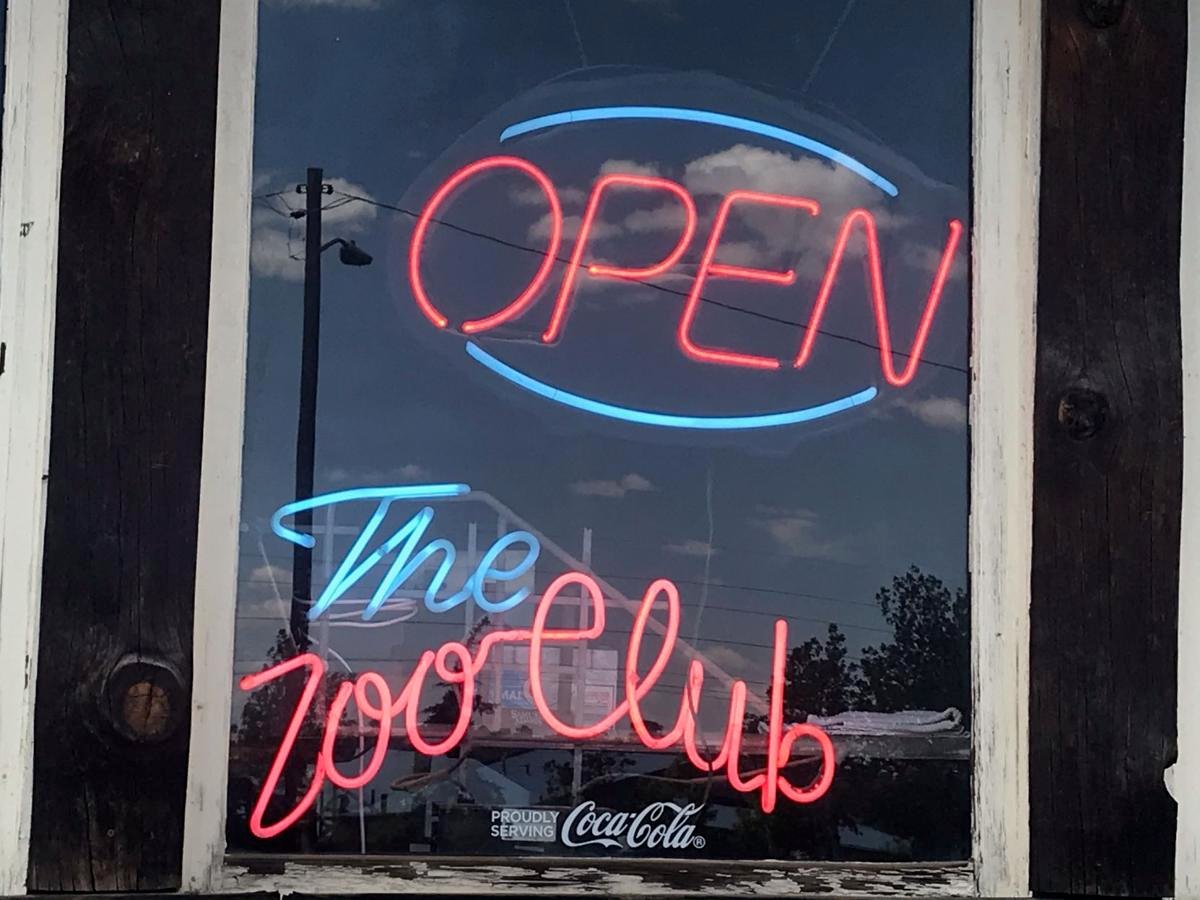 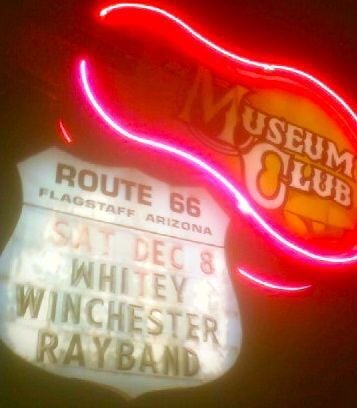