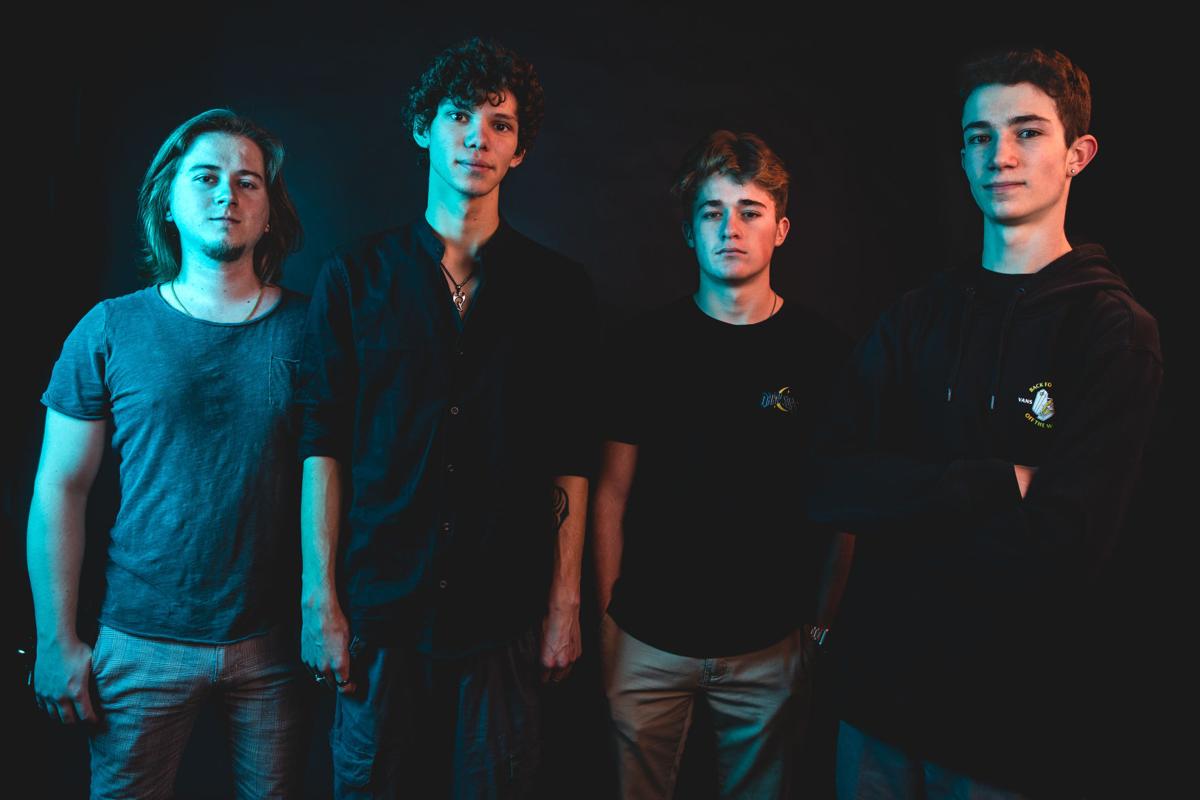 WinterHaven will be playing a live stream show from the Orpheum Theater this Saturday. Courtesy photo 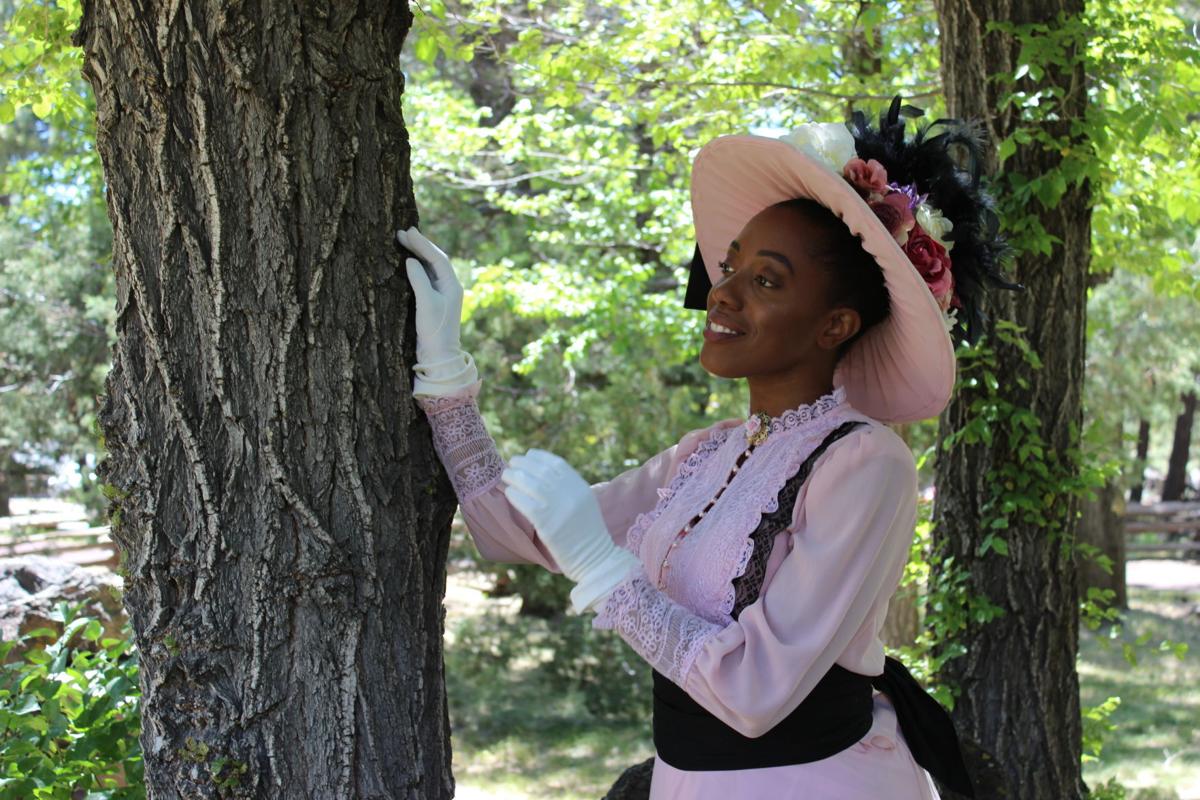 Last year WinterHaven Band, made up of Jack Hernandez, Brendan Goepfrich, Colton Henderson and Nick Schira, won our Editor’s Choice Awards for Best Use of the Tagging Function on Instagram to Get Flag Live!’s Attention, and they’ll likely get it again this year. Congratulations WinterHaven, it worked, we surrender. This four-piece punk/rock (little bit of metal sprinkled in like hot sauce on scrambled eggs) outfit of young whippersnappers is what you’ll see and hear when you tune into the first installment of The Orpheum Presents: A Virtual School of Sound this weekend. The program, much like the At Home with the Orpheum virtual concert series that has been broadcast since lockdown began, will be dedicated to supporting the artists and venue you know and love. Live music spaces were some of the first to shut down and will likely be the last to reopen. But all is not lost! You can help them and their employees along by purchasing tickets to events like these or donating. Read more about it a couple sentences down. First, let’s talk about the Instagram savvy, let’s-tag-Flag-Live!-twice-a-day WinterHaven. Founded in October of 2018, the band has been regularly playing shows in Arizona, winning a local Battle of The Bands showcase as well as playing and scheduling a few shows in southern California. Their first full length album Apparition was released in February, with their first single off the album "Like Monopoly" being played on local and state radio stations. Their music is influenced by Blink-182, Pierce The Veil and The Offspring, as well as artists like Paramore and Infant Sorrow. This is a band that loves the '90s and throws it back in every track. Catch WinterHaven live at 8 p.m. on the Orpheum’s Facebook page. Tickets are $5-25. To learn more about how you can help save independent music venues across the US, visit nivassoc.org. You can also donate to the Orpheum via, gofundme.com/OrpheumFlagstaff, @OrpheumFlagstaff on Venmo or via PayPal at orpheumtheater.flagstaff@gmail.com and paypal.me/orpheumflagstaff

Very fittingly (touché, profe), professors from NAU's College of Arts and Letters will offer a virtual book club featuring Albert Camus' The Plague throughout the fall semester. Camus' novel considers how the inhabitants of Oran, a bustling, commerce-driven, colonial city in the heart of the North African Mediterranean, slowly come to terms with the meaning of life in the midst of a plague. The novel is widely seen as an allegory about human resistance and choice within the context of forces that curtail human freedom. Camus was awarded the Nobel Prize for Literature in 1957, 10 years after The Plague was published. The book club is free and open to the public. Those who purchase the book at Bright Side Bookshop on Aug. 17 will get a discount. The book club launches Sep. 24. For more information, registration or supplemental materials, visit nau.edu/cal/plague

We love the Flagstaff Mountain Film Festival. We do. The bustle as everyone takes their seats, the stunning visuals and important stories that follow. This year, as with many events, FMFF is happening virtually via the Virtual Summer Showcase, a series of films screened in partnership with the Orpheum Theater. FMFF will bring to the screen(s), “Stories of human resilience, stories of overcoming adversity, stories of crushing boundaries, stories of change, and stories of hope.” Films span topics from diversity in the outdoors to the stories of those fighting to save the earth. The festival seeks to amplify voices that far too often go unheard in the medium of film, as well as other arts. Catch the summer showcase and all its treasures from the comfort of your home. Ticket prices range from $10-25 based on your income and can be purchased at www.orpheumflagstaff.com/ For more info, visit FMFF on Facebook.

You know that joke? The one about millennials barely being able to take care of their plants? Or when people call plants their babies? Or the way-too-cute little pins that say “Plant Mom,” or “Aloe you very much?” Well they’re pretty overplayed. But plants? Plants themselves are not. Plants are so cool. They trounce the trends that surround them. Also, millennials are actually single-handedly keeping the plant industry alive according to none other than The Washington Post, The Houseplant Resource Center, The New Yorker and Business Insider (weird grouping, we know.) What are we saying? We’ve definitely lost track. Sorry. Anyway, check in with the Museum of Northern Arizona live stream Plant Talks each Tuesday for some primo knowledge from experts on native plants and gardening in Flagstaff. This week’s topic is Water Conservation in the Garden. Plants need water, but water is a precious resource. In this video tour, see the ways that water is gathered, stored and conserved in the Colton Community Garden at MNA. Some might work for your own garden. The video will be broadcast live at 12 p.m. at the MNA Facebook page,www.facebook.com/musnaz, once posted, videos remain accessible there.

Not long ago, Flagstaff Shakespeare Festival revised its schedule. (Didn’t we all?) And the new, shuffled-about lineup includes many greats, including Spoon River Anthology, adapted from the poems of Edgar Lee Masters. Filmed at Riordan Mansion by the Shakes crew (our new name for the group of dedicated thespians), this beautifully haunting play follows a group of people as they examine life and longing for what might have been. Reflecting on their dreams, secrets and regrets, they paint a gritty and honest portrait of the town as all of their pasts are illuminated. FlagShakes executive director Dawn Tucker herself adapted the Lee Masters poems, painting a colorful picture of a fictional town along the Spoon River at the turn of the 20th century. Told through the eyes of the town’s departed residents, the anthology gives us insight into the characters’ lives, their deaths and how they intertwine. The play features 10 Arizona actors along with original music by Flagstaff musician Sean Golightly. Episodes are being released weekly until Aug. 21. Visit www.flagshakes.org for more information. Upcoming FlagShakes performances include a digital release of As You Like It from Sept. 12 through 27, A Lie of the Mind live at Coconino Center for the Arts Nov. 13 and 14 as well as live productions of Twelfth Night on Dec. 11 through 20 also at the Coconino Center for the Arts.

Hot Picks: Things to do in Flagstaff this week, Feb. 25-March 3

Hot Picks: Things to do in Flagstaff this week, Feb. 4-10

WinterHaven will be playing a live stream show from the Orpheum Theater this Saturday. Courtesy photo