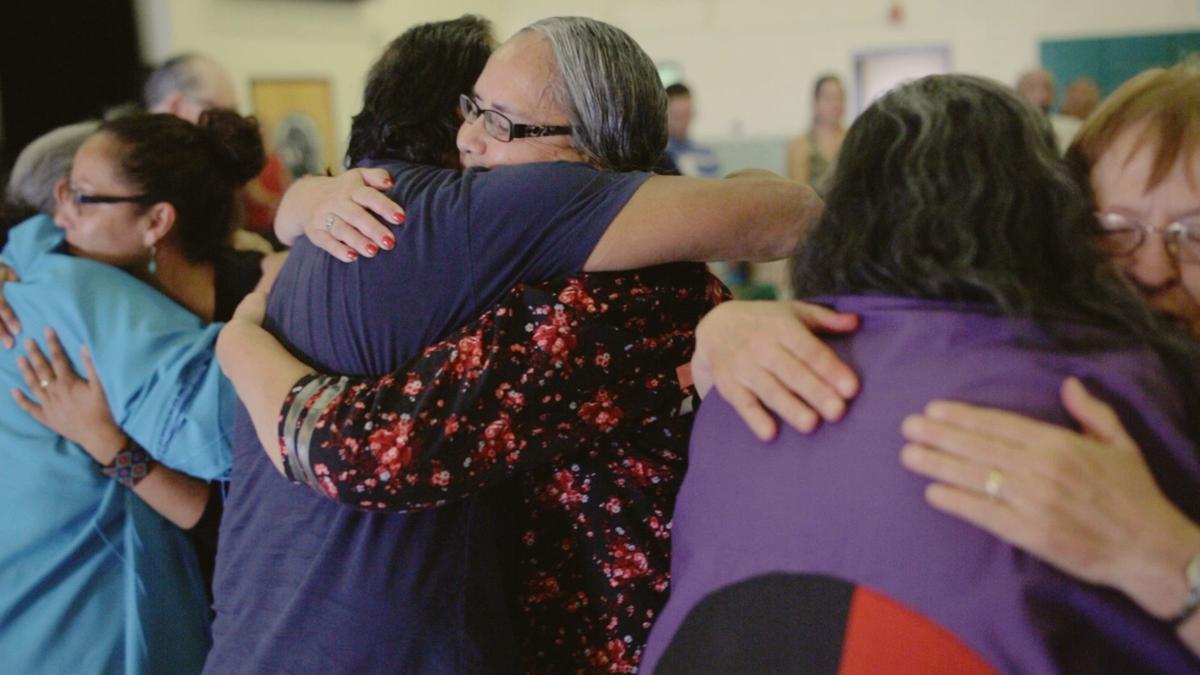 The Flagstaff Red Screen Film Festival will host a series of films by and with indigenous people July 24-28 at Harkins Theaters in Flagstaff. Courtesy photo 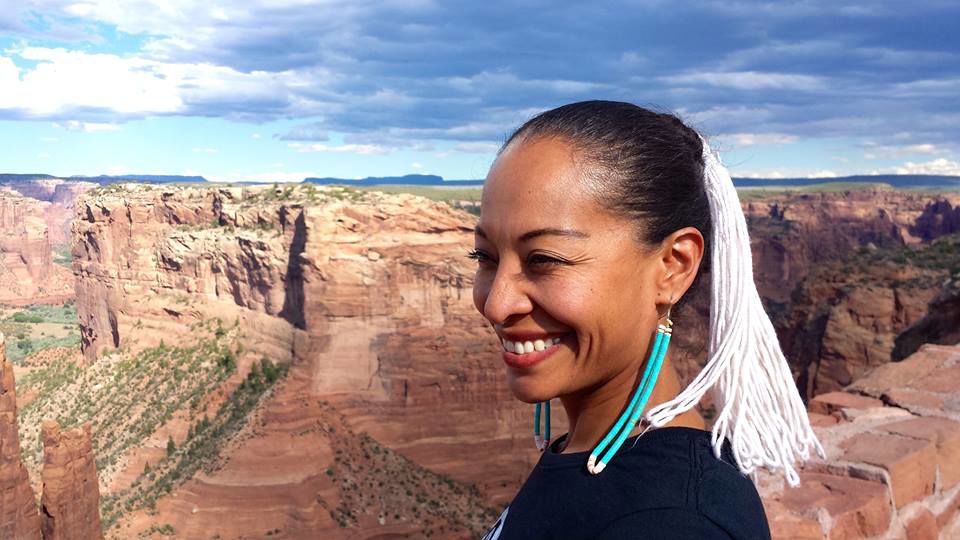 Radmilla Cody is an award-winning singer, model and the first biracial contestant to win the title of Miss Navajo. Cody will be one of many at Rumble on the Rim this year. Courtesy photo

Celebrating its inaugural year, the Flagstaff Red Screen Film Festival showcases the work of local and international indigenous filmmakers. July 24-28, the festival will host numerous film screenings and discussions to help “create a greater understanding of indigenous cultures and their contemporary artistic expressions.” All festival events are free. Reservations are encouraged, as seats will be allocated to ticket holders on a first-come, first served basis. Unless otherwise noted, all films will be shown at Harkins Theatres Flagstaff, 4751 E. Marketplace Dr. List of dates and films: Wednesday, July 24, 7 p.m.: Drunktown’s Finest (drama). Thursday, July 25, 7 p.m.: Warrior Women (documentary). Friday, July 26, 7 p.m.: Sweet Country (drama). Saturday, July 27, 11 a.m.: Discussion: “My Career as a Native Filmmaker: Indigenous Storytelling and Self-Representation.” Dustinn Craig shares his opinions and insights from his career as a Native filmmaker, focusing on the complicated relationship indigenous people have to the visual image. Sameblod/Sami Blood (drama) 4 p.m. Saturday followed by 7 p.m. screening of SGAAWAAY K’UUNA/Edge of the Knife (drama). Sunday, July 28: Discussion: “Tribute to Jake Hoyungowa” at 1 p.m. Filmmaker Deidra Peaches will give words of remembrance for Jake Hoyungowa, whose work focused on indigenous rights and life on Dinétah (Diné Land-Nation) and Hopitutskwa (Hopi Land-Nation). Discussion will be followed by a screening of The Adventures of Jake “Hepwesa” Hoyungowa, produced by Paper Rocket Productions. That will be followed at 1:30 p.m. by a discussion and screening titled “Focus on Navajo Filmmakers.”Screening a collection of diverse short films from select Navajo filmmakers, followed by discussion with the filmmakers and led by Red Screen co-director Shepherd Tsosie. Films: The Rocket Boy, Amásání, Bloodlines, Fight Before the Fight, Wings of America: BE KNOWN, Metal Road, Hooghan, Nihigaal bee lina – Tsoodzil to Doko’o’osliid/Journey for Existence, Seeds of Resilience. The festival will close with a 4 p.m. Sunday screening of the documentary Blood Memory.For full descriptions of the films and events or to reserve your ticket, visit www.redscreenfilmfestival.org

MY MOON, MY MAN

Did you know that every Apollo astronaut who has stepped on the moon trained here in Flagstaff? Yeah, you know. It’s only been the main topic of conversation for an entire year. We’ve said it. The Arizona Daily Sun has said it. KNAU has said it. Random people on the street have said it. It’s great and all, but enough already. But whether you are or are not totally tired of moon talk, have we got the perfect event for you. Astronomy on Tap is hosting a special talk: Flagstaff Goes to the Moon. Featuring Lowell Observatory historian Kevin Schindler, the talk will focus on Flagstaff’s role in bringing humans to the moon, taking a look at various training grounds and testing sites for NASA astronauts. Grab a beer, look up into the skies and learn yourself something new tonight at Flagstaff’s Green Room, 15 N. Agassiz St. This event is free and begins at 6:30 p.m.

The Circus Academy of Tucson could not be coming to town at a more perfect time. What better way to distract from the scariness of the fire than to watch some young kiddos practice their tightrope skills? The academy gives kids of all ages the opportunity to take classes that fit their circus interests. And, this Friday, they’re taking their talent on the road. This will be a great show that includes young people performing aerial, tight wire and other acrobatic and juggling skills at Heritage Square, 111 W. Birch Ave., from 6-8 p.m. in downtown Flagstaff. Come on down for an entertaining evening of this travelling circus group. The event is free and open to the public.

This year marked the Grand Canyon’s 100th year as a designated National Park, but the 6 million year old geologic phenomenon/feature/formation has been home to indigenous people for thousands of years. Long before the Canyon, considered to be one of the Seven Wonders of the World, saw hiking tours, commercial development of the rim and motorized river traffic, it supported native life. Eleven tribes are considered traditionally linked to the Grand Canyon and consider it sacred. In response to the park’s anniversary, the National Park Service will host Rumble on the Rim. The celebration, which was organized by Hopi musician and activist Ed Kabotie, will take place at the Shrine of the Ages on the South Rim and combine presentations and performances that collectively and collaboratively tell the indigenous history of the Grand Canyon. Speakers and performers include Vernon Masayesva, founder and now executive director of Black Mesa Trust and international speaker on water and water rights, Ed Kabotie, musician with Tha 'Yoties, The Antelope Track Dance Group (Hopi), Davona Blackhorse, Havasupai Guardians of Grand Canyon, Havasupai Youth Ram dancers, Grammy nominee Radmilla Cody, Save the Confluence, Ryon Polequaptewa, World Champion Hoop Dancer, Derrick Davis, and live art by Jerrel Singer.  Rumble on the Rim will take place at the Shrine Of The Ages at the South Rim of Grand Canyon National Park July 27 from 10 a.m.-4:30 p.m. For more information, visit https://www.facebook.com/events/321688555413368/

Before Tom Hanks was portraying one of the most beloved children’s TV show hosts of all time—that’s Mr. Rogers, to you—he was saving a private, and that private’s name was Ryan. Yes, Steven Spielberg’s 1998 American war epic Saving Private Ryan, starring Hanks, Matt Damon, Tom Sizemore, Edward Burns and Vin Diesel at one point for some reason, has become renowned for its graphic portrayal of World War II. Concerning its 27-minute opening, which reenacted the storming of Omaha Beach, the film’s depiction of war and violence left many shaken, with several critics, including Gene Siskel, praising the film for its realism. Of the film, Siskel said it, “accomplishes something I had been taught was most difficult—making an action-filled anti-war film or, at least, on that doesn’t in some way glorify or lie about combat.” Even many WWII veterans confirmed the film was accurate in its portrayal. In fact, The Department of Veterans Affairs had gone so far as to set up a nationwide hotline for veterans who had been affected by the film. This, of course, isn’t to say the film is not without criticism. Some critics and filmmakers, such as Oliver Stone, say it “worships” WWII as “the good war.” Regardless of the view on the “good war,” Saving Private Ryan is a good film, and it will be screening at Harkins Theatres’ weekly Tuesday Night Classics series, July 30, at 4751 E. Marketplace Dr. Tickets are $5 and the screening begins at 7 p.m.

The Flagstaff Red Screen Film Festival will host a series of films by and with indigenous people July 24-28 at Harkins Theaters in Flagstaff. Courtesy photo

Radmilla Cody is an award-winning singer, model and the first biracial contestant to win the title of Miss Navajo. Cody will be one of many at Rumble on the Rim this year. Courtesy photo