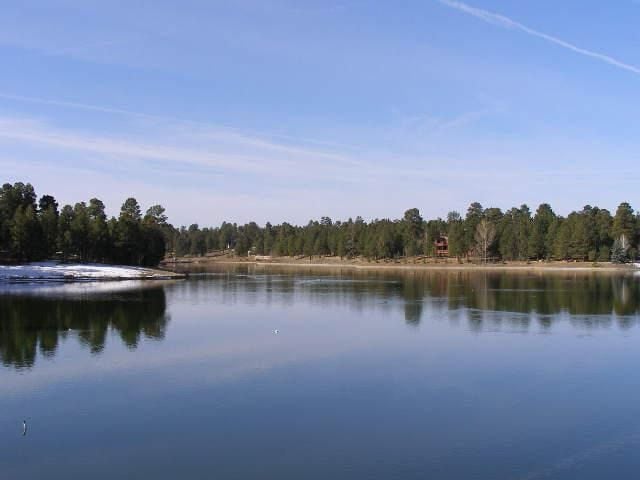 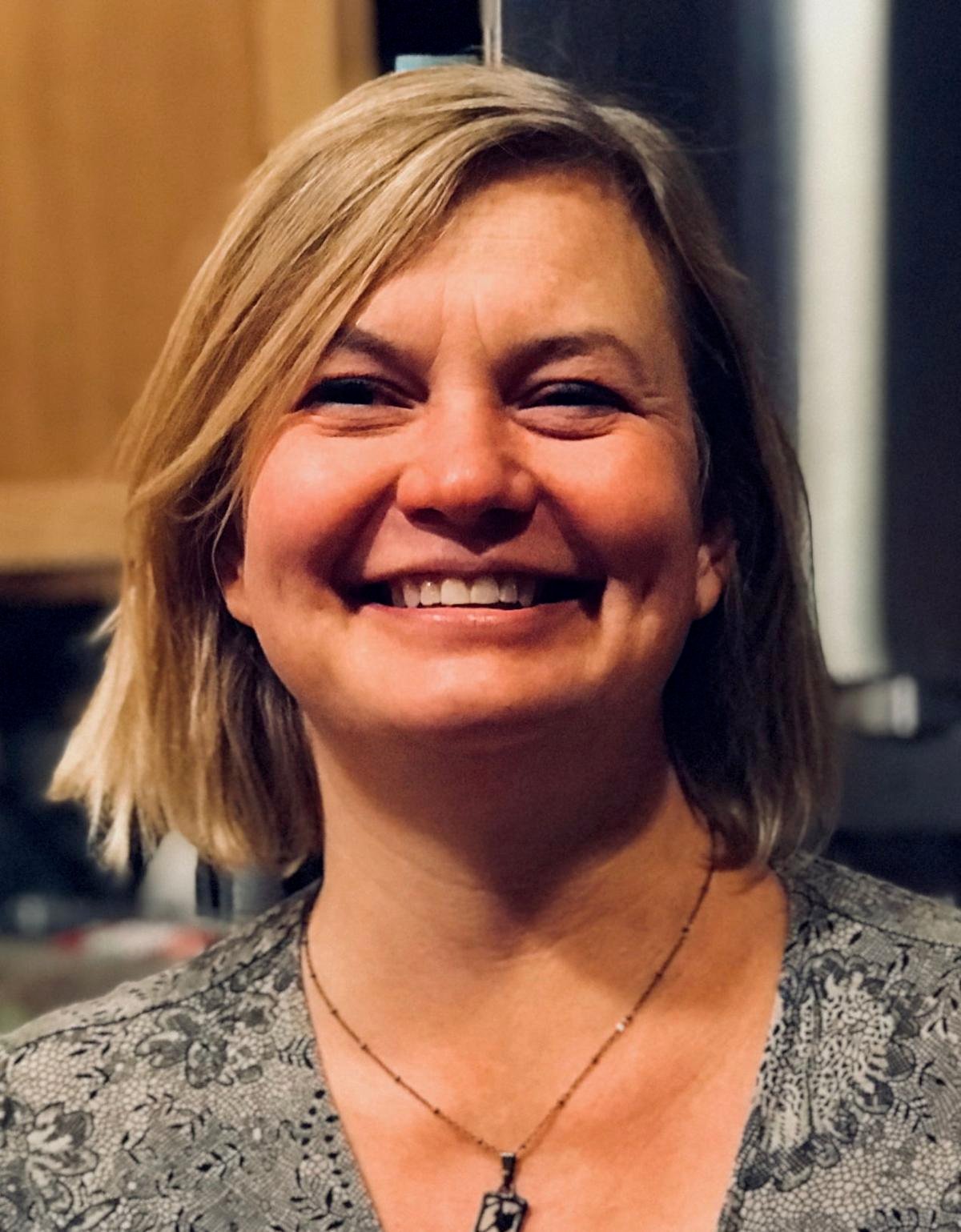 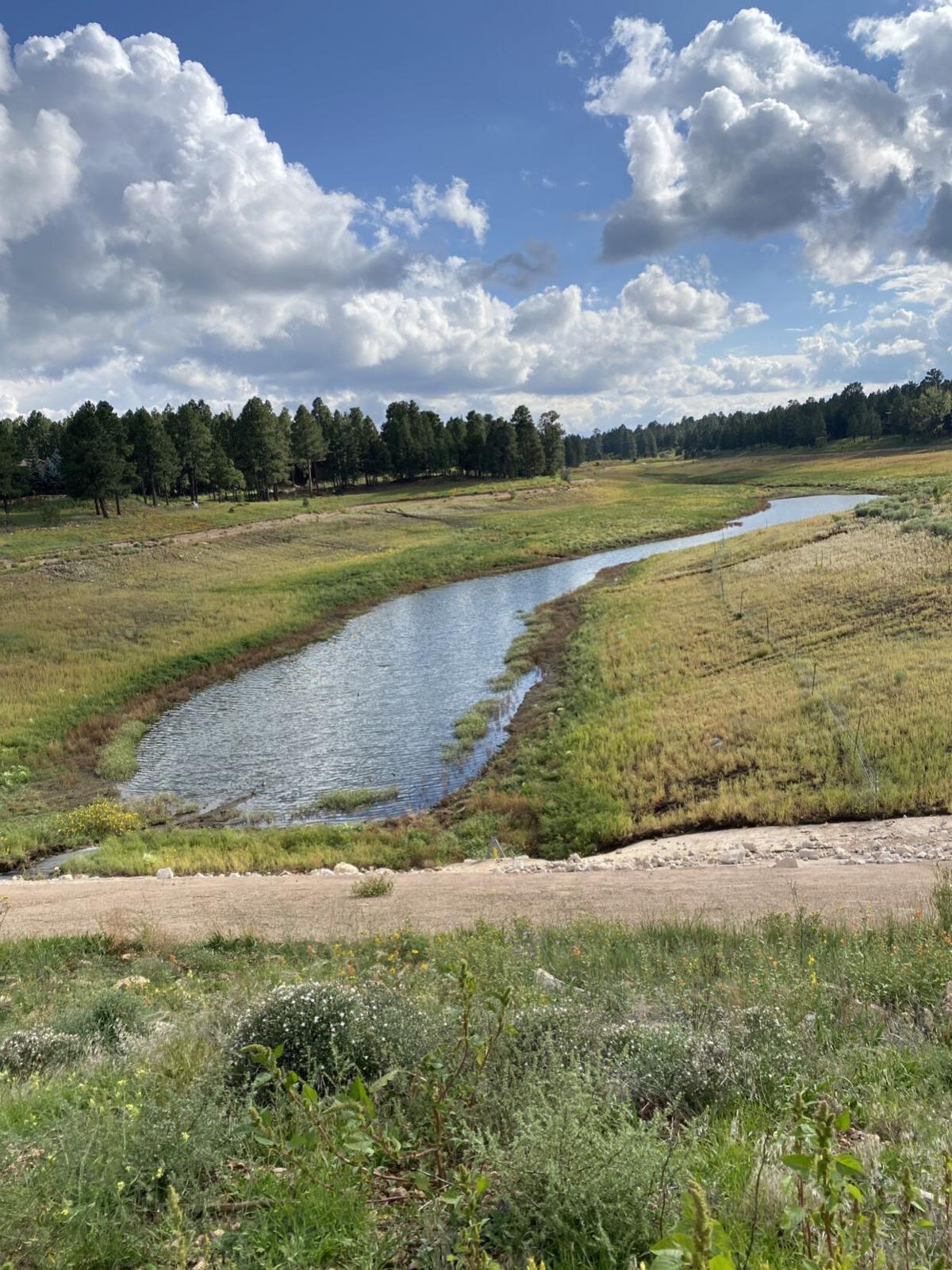 You can’t see it.

Like any ghost, it’s invisible but the spirit is there nonetheless. You can see the way the deer skirt around it. The way an eagle flies across Butler Avenue, ducks down toward the once-physical, abundant, fish-filled blue water. Then the eagle lifts up at the edge of what was. It can smell its once-alive-state of being and it can smell its current state of death. It’s true that the lake perhaps never should have been born, but once you bring a body into this world, it is part of this world and it requires a kind of violence to take it out.

Now, instead of fish-catching, the vultures use the ghost lake for its thermal waves instead of its life-sustaining promise of a drink.

There are ghost lakes everywhere these days. Lake Powell is a ghost of its former self—although there too, its existence was not a given. Lake Elaine, once a semi-necessary lake that fed golf courses by funneling its gallons of treated effluent gallons across Butler. But now the golf courses have their own treated-effluent ponds. The osprey and eagles, geese and even vultures get their work and water from their now. At least the ospreys do. I haven’t seen an eagle since the body of Lake Elaine ran down the drain like the blood from any victim on an autopsy table.

I live in Continental Country Club, which has an HOA that is somehow obligated to keep Lake Elaine alive. I did not want to live in an HOA, but when we were moving to Flagstaff from Grand Rapids, Mich., houses were hard to find so this is where we landed. The HOA not only serves Continental, but also Lake Shore Estates. There, Lake Shore homeowners pay half the HOA but don’t receive all the amenities. But the main amenity is Lake Elaine, which, according to Lake Shore folks, the HOA must keep at capacity, even though it no longer serves the golf course. But in recent years, the lake level has been slipping. The limestone underneath the lake draws the lake in like a serial killer draws a woman to his white-paneled van in an episode of Criminal Minds. The lake burbles into the aquifer, which causes some concern because the water is treated effluent. A good portion of our HOA fees go to trying to keep the lake with its limestone bottom and decimated liner filled — or used to. With drought and financial resources also running low, the lake slipped below the agreed capacity.

In July 2016, the Arizona Daily Sun reported, “For every four gallons of water that the Country Club pumps into the lake each day, three are lost to leakage.”

The lake was succumbing to a slow, painful death — more like the sin Sloth as represented in the haunting film, Seven, than a Criminal Minds serial killer. The article makes the point that perhaps an ornamental lake in a drought-stricken mountain town isn’t very practical or even ethical.

Lake Shore Estates folks have, because they bought homes that surrounded a physical body of water, not the ghost of one, have sued the HOA. The HOA has filed for bankruptcy. I can get behind either team here. Why does the HOA have to pay for a lake? How can the lake people call themselves lake people without a lake? Mainly, I’m for the birds and deer and mountain lions that need a drink of water in the privacy of night.

I have a solution that might be scarier than either lawsuits or neighborhood associations. There is a house that sits on Lake Elaine that has been empty for years. It is as big as a lodge. It’s too big, I think, for one family to own or keep up. What if the city purchased it and then invited paddleboarders, kayakers or even fisher people to use the lake for a fee? That fee could support the cost of engineering a better liner and keeping the lake filled. The city could turn the lodge into a clubhouse. By day, the lake could be filled with quiet canoeists. By night, the eagles could swoop down and catch more than a ghost fish.

An ornamental lake may be unethical. A group of 20 or so home owner’s dreams of living lakeside probably shouldn’t bankrupt another neighborhood. But is it really so scary, the idea of sharing the water? Of inviting nearby residents to slide along the body of a real lake, the dips of oars and paddles promise to make only a ghost of a sound.