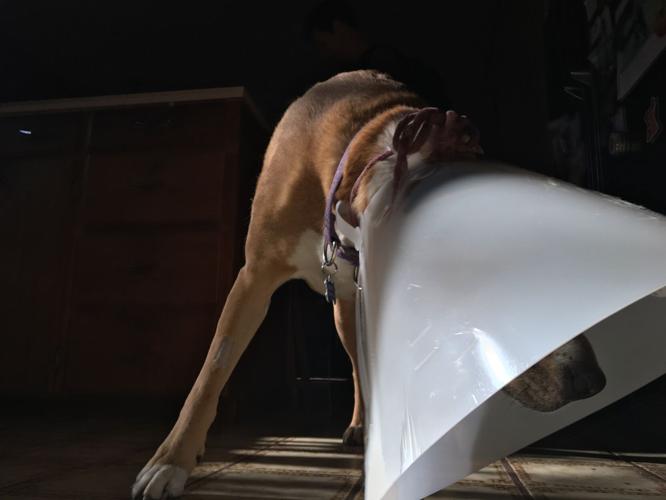 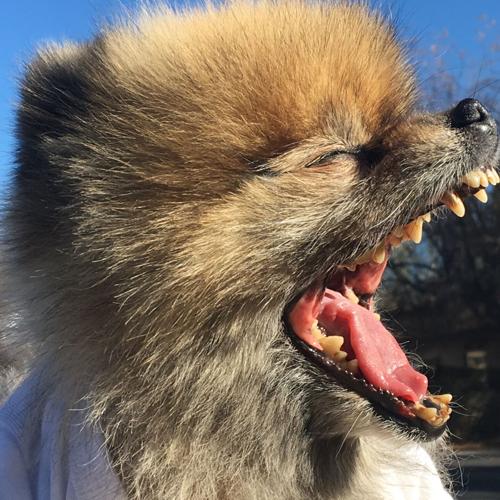 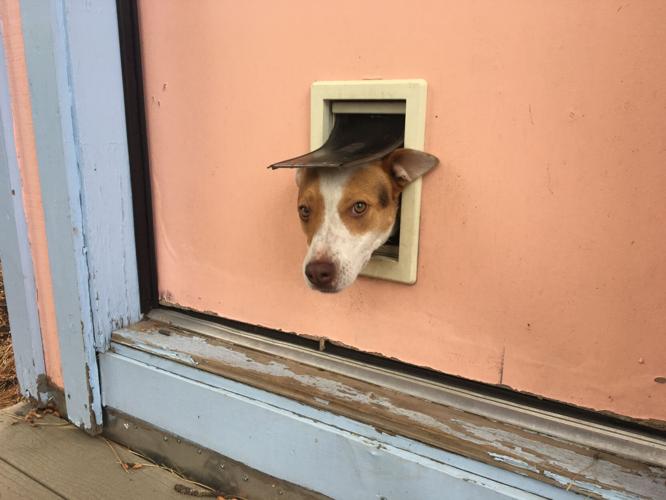 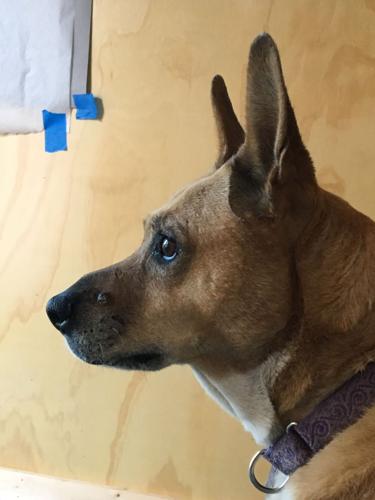 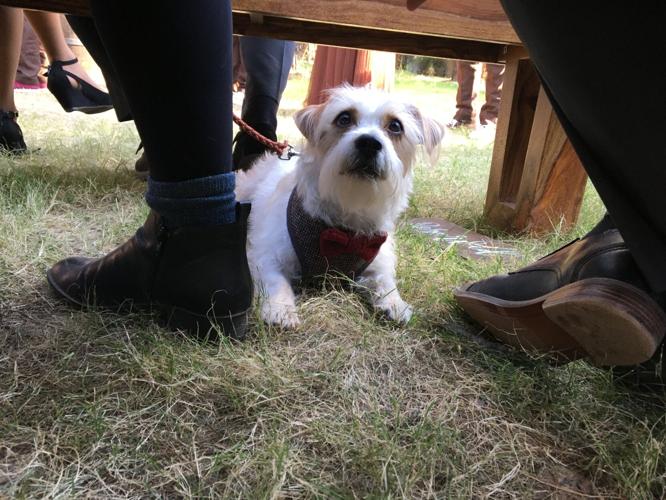 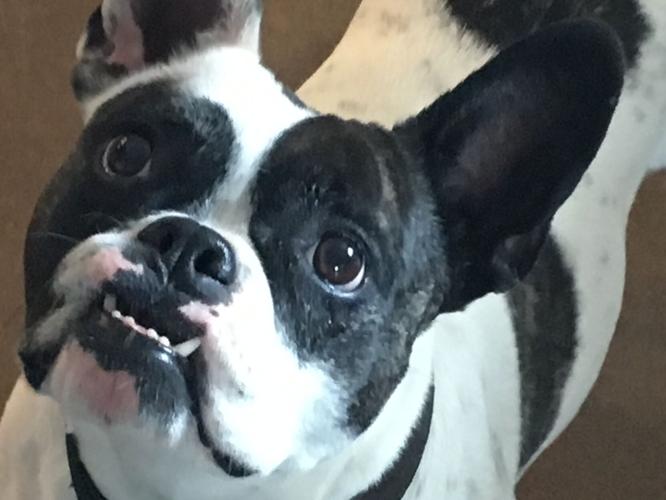 The man was dressed in stiff new Carhartts, a red flannel shirt and sheepskin vest. At his feet lay a mutt of disputable parentage—part pointer dog, part pit bull, a smattering of Labrador retriever. She lay uncomfortably, which I noticed was due to a bloated belly. Her large brown eyes were misty with cataracts, her soft muzzle tested the air. As I came out of the examination room where I’d left my own pup for a teeth cleaning, I caught sight of her lying on the floor at her master’s feet. He held her leash loosely and gazed across the waiting room in the direction of the receptionist’s desk, oblivious to the presence of the animal. Every now and then she looked up at him, then down again at the floor.

“She’s a beauty,” I said. It was unusual for me to comment on other people’s dogs and I wondered why I had, but the words were out. The man returned from his reverie for only long enough to nod his head, then went back to dreaming. “What’s her name?” I asked, again surprising myself. The man was not one for conversation, surely I could sense that.

The dog regarded me; the man did not. I kept myself from saying more. The man didn’t invite it.

I have often wondered what it would be like to be a man. This man was physically present in the room yet at the same time, nowhere in sight. He was neither old nor young, middle-forties, with a good head of curly brown hair (the color of his dog’s eyes). He was handsome enough, not overly so, and aloof. It was a strange combination, that slight physical attractiveness that had no wish to attract. I have often wondered if men intend to attract or if they feel more comfortable being attracted by. I once heard a man speak about the reductive quality of attraction. He groomed his body for a part in a play and suddenly found himself rippling with muscle. This drew women to him, which he at first found exhilarating and empowering, but it quickly lost its charm. The pursuer became the pursued, the predator turned prey. I considered Monique’s master as he sat with that vacant look, examining the ceiling of the waiting room. What gave him those empty eyes? Why could he not reach out and lay a hand on his dog? She did the looking for him, greeted all of us with her tongue lolling out her mouth and her heavy sides heaving, while he turned away and went into a place of his own.

In the car going home, I finally understood. The man was there to put down his dog. What kept him from touching her was his grief. If he had stroked her belly and spoken to her, he would have lost control. I saw it now. When he had spoken her name, Monique, his eyes shone not with love for her but with tears. He was a sad man, trying hard not to cry, and my small attempt at conversation had threatened his composure. I was glad now I hadn’t asked more, asked “What are you two in for?” How would he answer that? “I am here to say goodbye to Monique”?

I felt ashamed to have noticed only the man’s distance; to have overlooked his sorrow. But Monique, at least, had opened herself to me. She had seemed comfortable, welcoming of the words I sent her way. She was about to die from this earth. But she was here on this earth, in this life, for a quarter-hour more, and that was enough time to appreciate even the smallest gesture, the shortest syllables of praise.

Letter from Home: Anatomy of a Goodbye

Often our partings are so frequent and casual we don’t even consider the weight of goodbye. Until the bed is empty, the pills and liquid morph…

Letter from Home: The work of friendship

I do what I always do when I haven’t heard from Hank – whose name has been changed for the sake of privacy – for over six months: I scan the o…

Letter from Home: From Here to There

It was late morning as I sat in an emptyish Munich airport cafe, bleary from a transatlantic flight. Six hours loomed before my connection to …