My friend, Ann, suffers from dementia. This is the way I prefer to say it, rather than she has dementia. Having something implies an ownership of and intimacy with, a kind of never-ending entanglement that can but won’t be relinquished. It implies choice. If she has dementia, can’t she let go her grasp and unhave it? If she suffers from it, that’s her response to what she’s been given.

These are some of the subtleties that form around cognitive impairment: mincing words, deflecting the truth, becoming familiar with split-second grief. There is no good time to suffer from dementia, nor is there a good time to accompany someone who is suffering from dementia. It starts and cannot be stopped. It wears many masks and they appear and disappear. Something is said. It almost makes sense. It makes poetic sense. Maybe she’s being poetic? For the accompanist, as I call myself, there’s a constant call to bend and sway, take the temperature of the moment, be in this very moment because that’s the one we’ve got. It neither predicts the next moment, nor segues from the last. It is a Buddhist lesson—a life lesson—of the highest caliber. It is stunning, exhausting, sobering and sad.

Today is my birthday. I’m 68 years old. If nothing shocking and unforeseen happens between the time of this writing and its publication, we will have a new administration. Inaugurations have taken place the day before my birthday for the past 84 years, since 1937 when President Franklin D. Roosevelt began his second term. I was born the day after Eisenhower was sworn into office. My birth, already on the cusp of Capricorn and Aquarius, is often on the cusp of so much else. The transition of power we’ve recently heard so much about often involves enormous change, however peaceful. This year, of course, a year that has begun in hyperbolic fashion, shows few signs of slowing down or ironing out. It’s change, change, change, a thousand times change. It’s change and forgetting—forgetting history and context and consequences, and what used to be the order of things. We’re crossing a room to find what we’ve forgotten we’re looking for. It’s living dementia, dementia on a national scale.

Ann and her accompanists are possibly better suited than many to ride the waves of insurrection, sedition and a tricky virus. Nothing stands still. Nothing cries permanence. Nothing pretends order where there isn’t. Nothing sings the songs of the deluded ‘50s and tap dances across the floor. Fred Astaire may come soft-shoeing back to us, but he’s not here now. Mobs, violence, outcry, integrity. It’s call and response, a back-and-forth pattern of you-say-we-say, you-do-we-do. But are we listening? Where the call is muffled, where language is a string of slogans repeated and repeated to a meaningless sludge, we discover how fragile the whole damn thing is.

I’ve started keeping a list of what Ann tells me. I call it Report from the Interior. The reason I started it was something she said to me last November on the phone. She said, “When you start losing language, people stop listening to you.”

Other Annisms, as I call them, have followed that one. On Dec. 22, on a day when she was particularly frustrated with her inability to remember words, she said to me, “I can hear my mind say what my language can’t speak.” And on Jan. 10, overcome with the same frustration, she told me she can see words and, in fact, entire sentences in her mind, but cannot speak them. The letters and words are there, fully formed, but they give her no clue as to how to make sound from them. They’re essentially symbols that don’t translate into language.

Not to stretch the comparison, but we are in the midst of a time of enormous national frustration and anger, in part because people have been persuaded that their language, their voices, their votes, don’t count. They feel mute and their recourse is to fight with their hands. When you start losing language, or when you stop using language—well, it’s almost a given, isn’t it, that things devolve into violence, hatred and divisiveness. When language becomes aphorisms, three-word slogans, when there’s nothing being said anymore, people stop listening to you. In the absence of language, you raise your fists and flags and truncheons, symbols and weapons both, and start lashing out, tearing down.

Many of the people who marched on the Capitol on Jan. 6, when speaking to reporters, were able to articulate why they were there. We want change, they said, another three-word slogan. When asked how the present action would bring change, they admitted they didn’t know. And when asked what kind of change they wanted, their complaints were vague and generic, stemming from a reality that doesn’t align with fact. Their ability to express, in words, was uniformly limited. This shouldn’t be the cause of our next series of tragedies, but I think there’s a good possibility it will be.

The I is the first circle

On a recent Saturday night, I found myself sitting on the floor reading notes from a graduate class in philosophy taught by Bud Ruf (pronounce…

Bob, Nebraska: This must be the place

Education has become a political flashpoint. The grownups are arguing; at the center of the argument lies the stinking, rotting carcass of Ame…

When I was growing up, girls didn’t skateboard. Girls did the dishes.

To my eyes, adapted as they’ve been to the artificial light of the kitchen, the night appears complete as I step out the back door. Complete, … 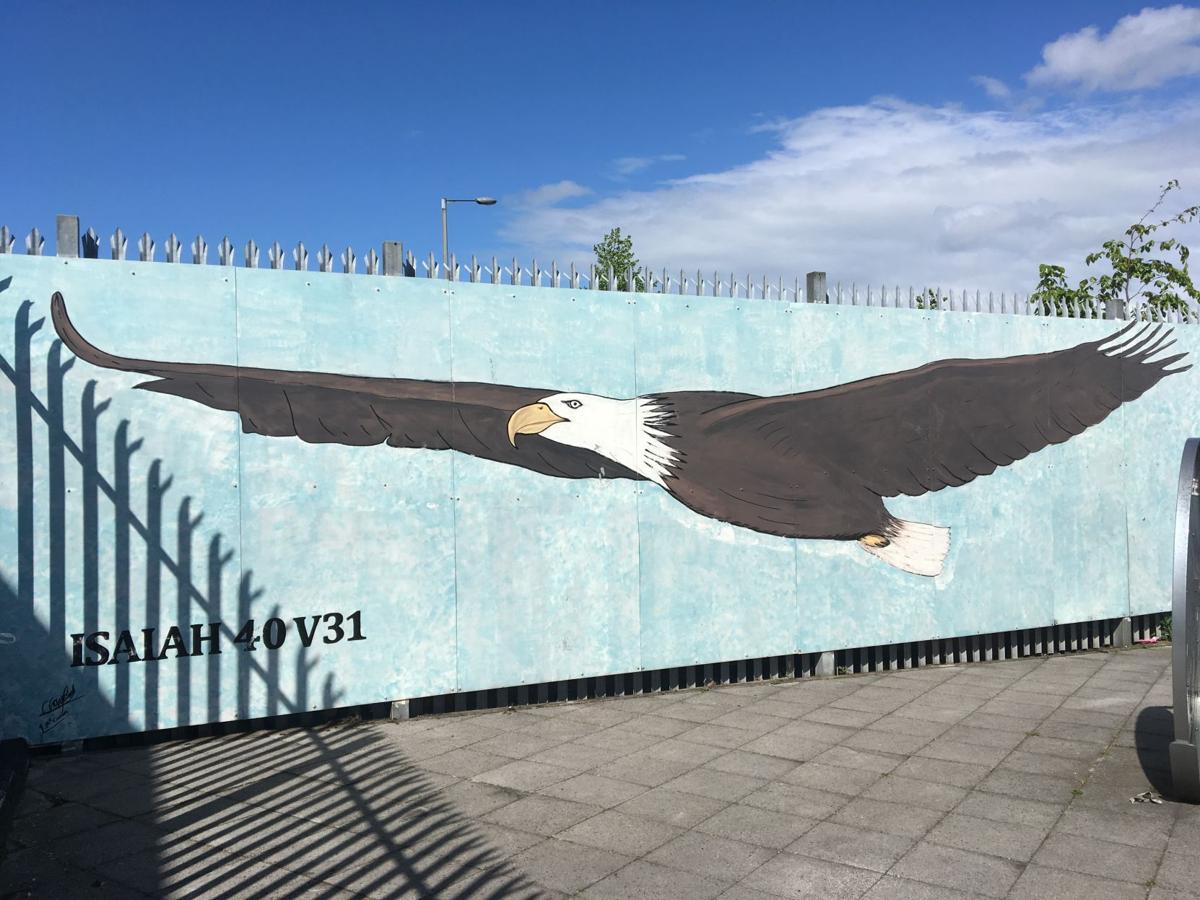 Freedom in Flight. Photos by the author 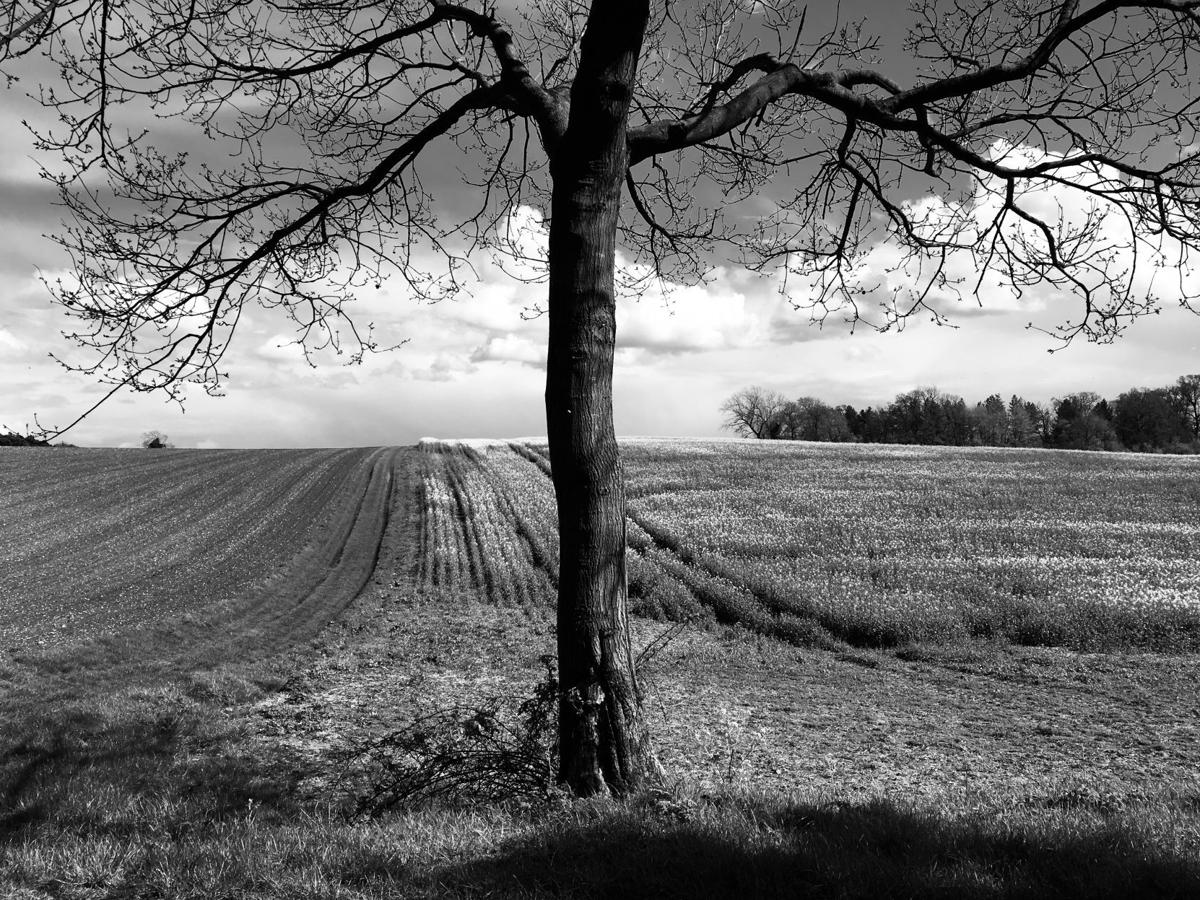