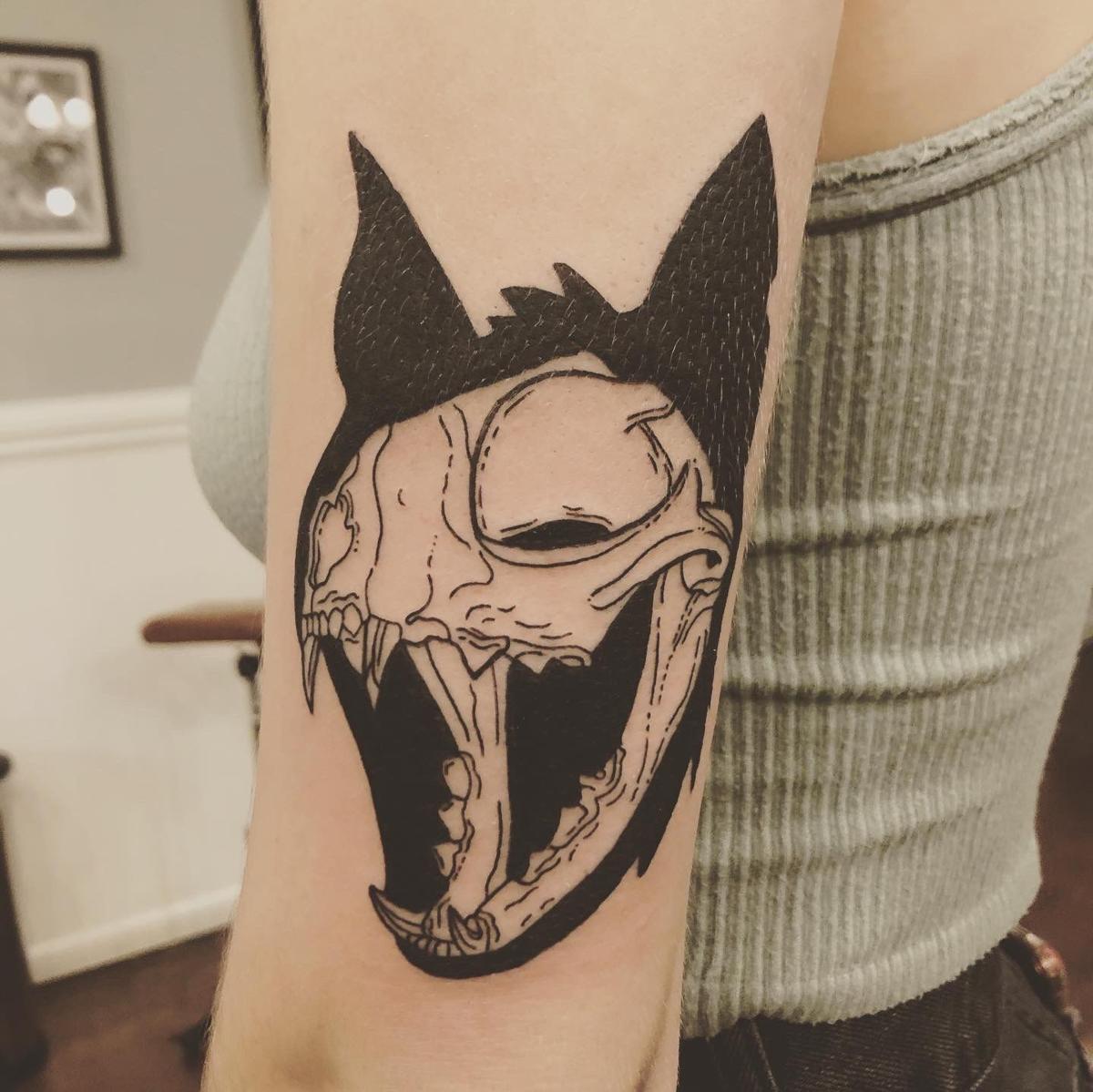 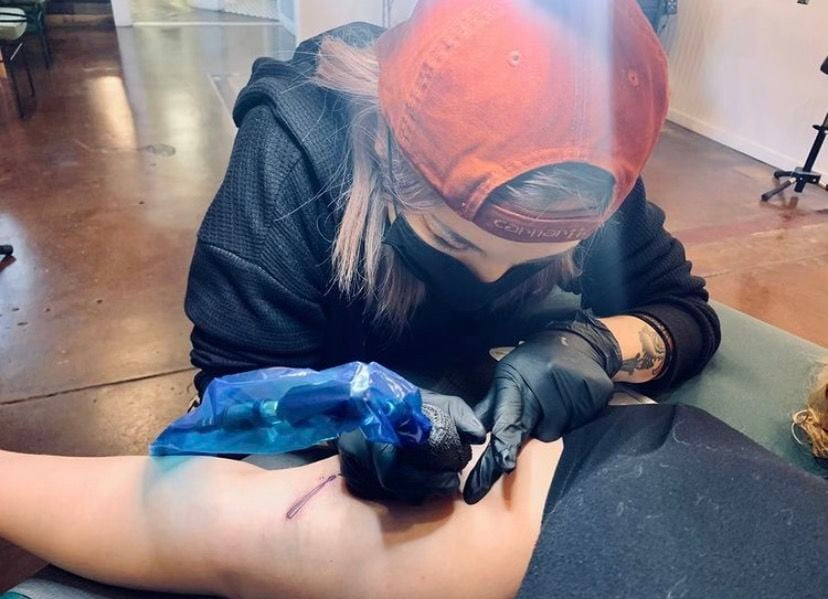 Jara Nez has been learning to tattoo from mentor artists at Mirror Gallery and Flagstaff Tattoo Company for two years. Courtesy photos 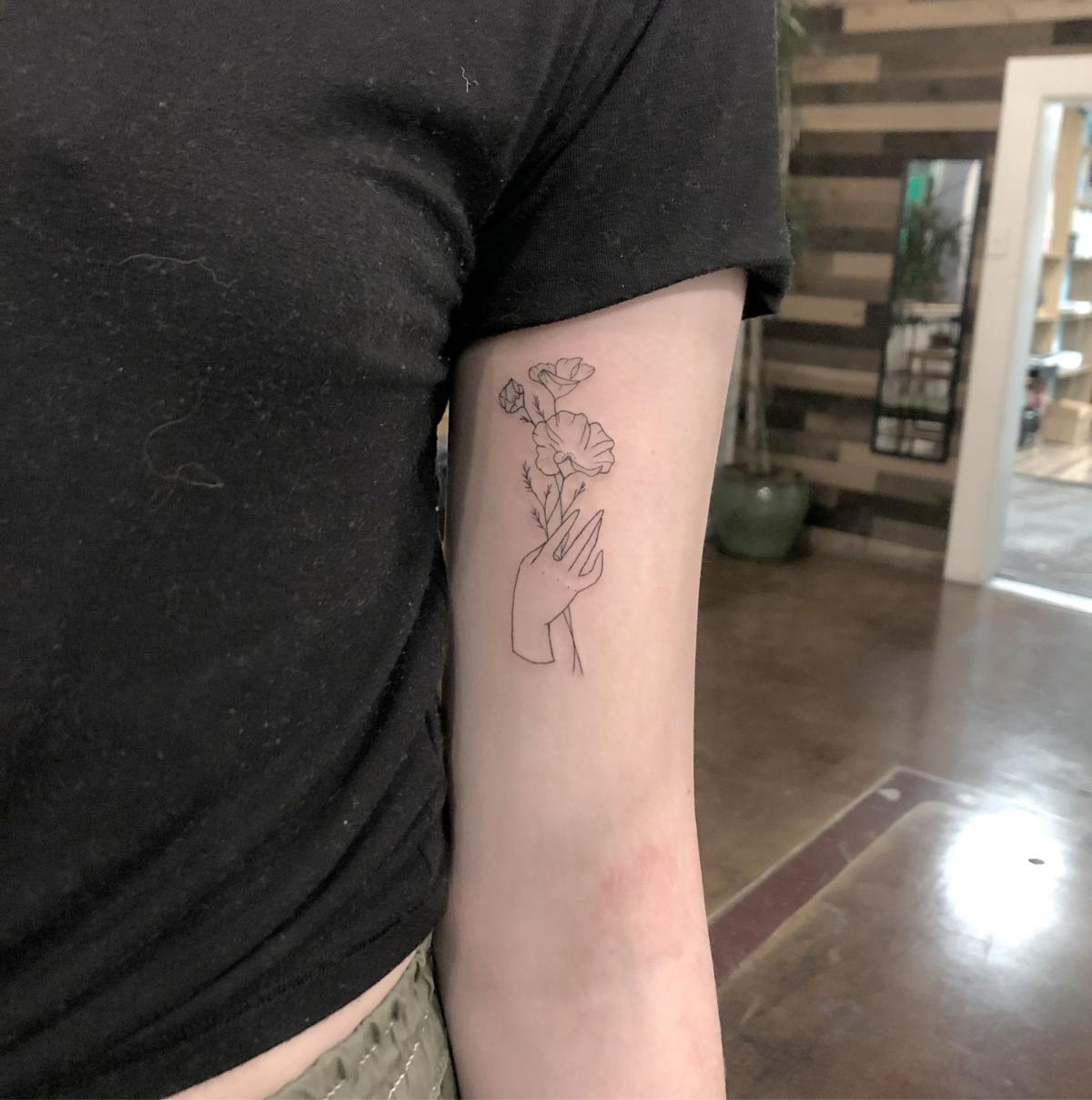 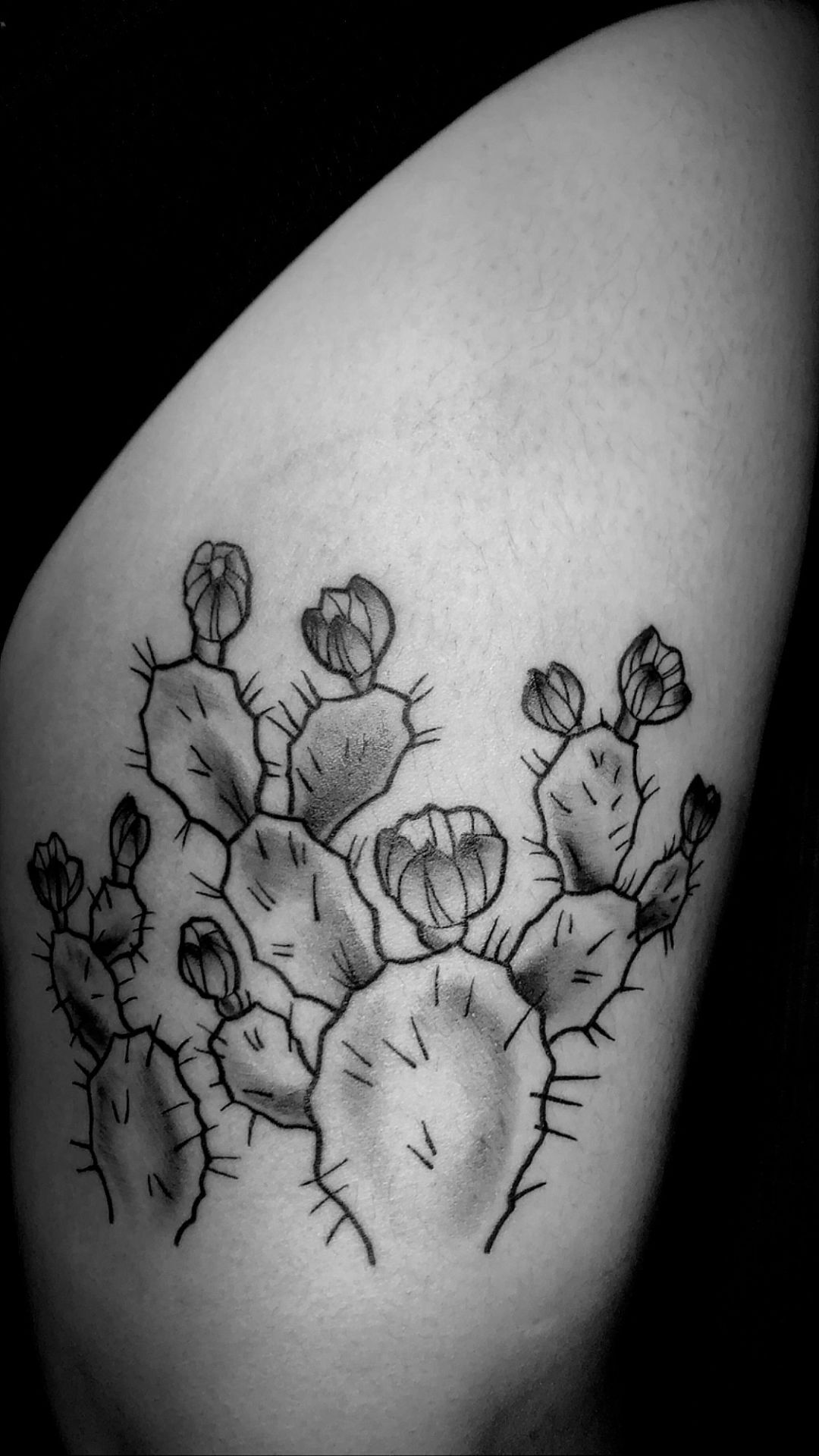 Art is an expression of who we are, what we love, and often what inspires us and others. You can put it on a wall, place it in a park, watch and listen to it in a crowded room, and even wear it on your body. Tattoo art is in no way a new form of art, having dated back to one of the oldest preserved human bodies. It’s seen in ancient art depictions of human beings, and for some cultures, it is tradition and a connection to heritage. It has a long history of being used to identify sailors and Army men, to beautify women in the circus and to celebrate freedoms of identity for many today.

Nez has been working under mentor artists from the sibling studios for two years, first as an assistant and more recently as a tattoo artist in the last year.

Nez’s love for tattoos and art began early. A fan of punk music, she also admired the tattoo culture that followed it. She followed her creative side to college and pursued a degree in graphic design from Northern Arizona University. After graduation, she decided to get inked.

“I got my first tattoo and went ham,” Nez says.

Building off of her graphic design experience and interest in tattoo work, Nez began posting her own work of flash designs and watercolor on Instagram, noting the social media platform as a positive network of inspiration for tattoo artists where many post their portfolio, flash and inspirations. It’s one of the ways Nez gained notice.

“I’ve expressed that I wanted to be a tattooer on social media but never in person. I am a really shy person,” Nez says. “As I was getting tattooed a lot, Cam pulled me aside and mentioned that they needed a counter person. If I worked hard enough I could eventually get an apprenticeship. He saw a lot of my paintings on Instagram and I think he knew I was getting serious about it. He figured that I was never going to ask so he was going to in his own way.”

After the grunt work of being an assistant, tattooing herself was the next step, eventually leading into tattooing others. It’s a slow process at first, but her mentors have been there to help her succeed and Nez is still honing her creative process.

“The first part of it is either consult or talk over what [clients] want. I’ll mull over it for a while and then a couple nights before I will start sketching it out,” she explains. “Over time, it naturally comes to you on how a tattoo should look. You use their references and try to capture something similar but not like the complete copy.”

Each artist has their own style and will consult with clients to determine what they’re looking for and what might fit best on their body—whether ideas are being pieced together from scratch or the artist draws inspiration from a sketch brought in by the client.

“A lot of it has to do with the artist’s creative way of putting these things together. Obviously it’s skin, a living person, instead of a flat canvas,” Nez says. “As an artist your skill work and your idea process changes over time. Just like you were painting for a customer or mural, you want to fulfill your creative aspirations but make sure the client is completely satisfied with your work.”

A quick look at Nez’s flash designs reveals an admiration for Flagstaff and Southwest landscapes. And her work is still growing.

“It’s my first year tattooing so I’m kind of like a sponge at this point,” Nez says. “I’m trying to take a lot of it in and see what works for me and for my own creative spirit. I have a lot of inspiration from my culture in general. I’m Navajo, so I take a lot of that into account. Taking a look at the Native American arts and crafts scene—geometric designs, simple designs like folk art—in a way has really helped me.”

Sometimes, Nez’s clients ask what the process is in becoming a tattooist like herself and she’s always happy to share advice.

“[Those interested] should definitely keep painting and drawing. Create a portfolio of your work. Once you feel like you have a solid portfolio, I recommend going to a tattoo shop and ask if they’re taking apprenticeships. A lot of times, they’ll say they’re not. You never know—they could see something in your artwork that could translate into tattoos,” she suggests. “Once you finally get an apprenticeship, just work hard and it’ll eventually pay off.”

Watch a video featuring Nez as MOCAF's Creative of the Month this past October here.

The art of fiction: Hiding in the page

When I was 10, I knew that I wanted to be a writer. At 11, I had joined an online writing community and wrote my first fantasy novel, which I …

The art of teaching with Kayley Quick

“Kids might not remember what you taught them, but they will remember how you made them feel,” Flagstaff High School Art and Graphic Design te…

Jara Nez has been learning to tattoo from mentor artists at Mirror Gallery and Flagstaff Tattoo Company for two years. Courtesy photos