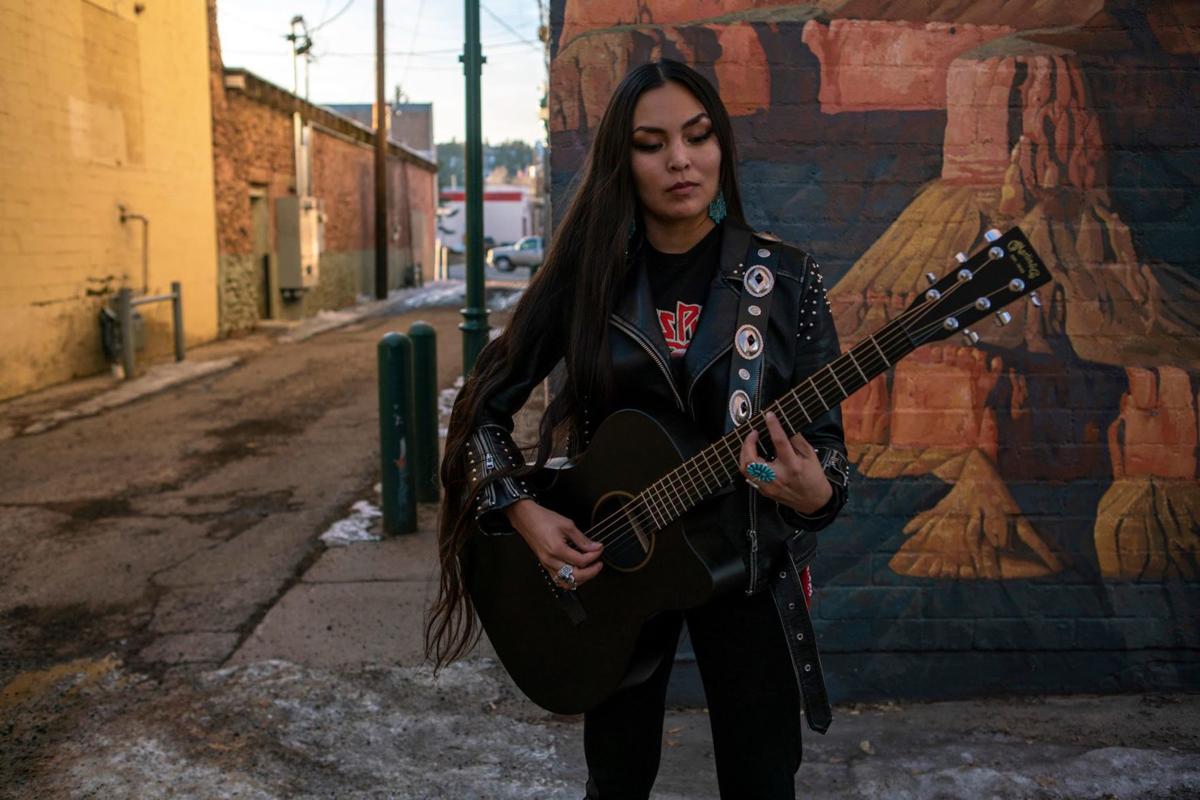 Sage Bond will perform as part of MNA's Loud and Proud: Indigenous Identity and Heavy Metal Music on Sunday. Photo by Deidra Peaches 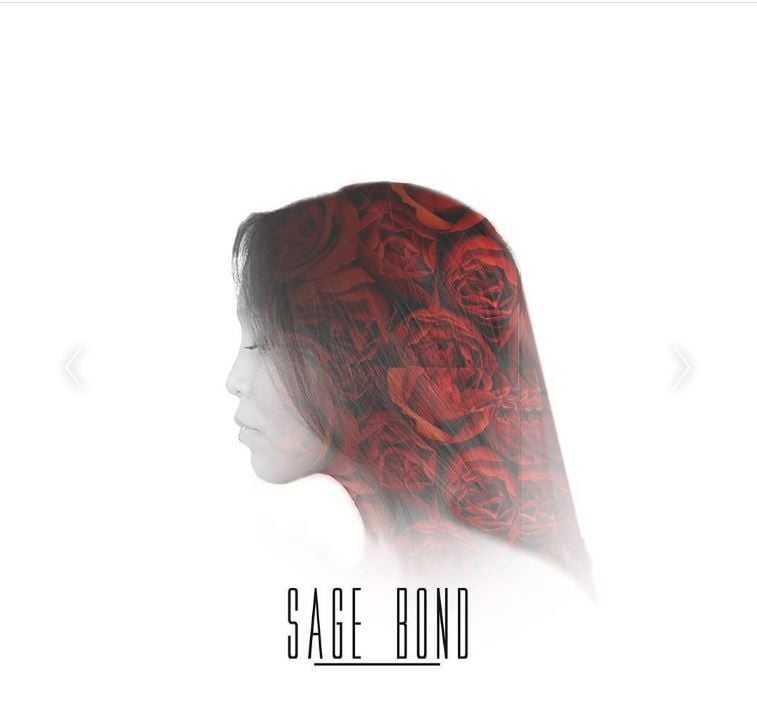 A few months ago, young metal musician Sage Bond was asked to perform for a community that recently experienced a death of one of their own.

“The atmosphere was heavy and sad,” Bond says. “You could feel it in the air. And then after I finished playing, the mood lightened up. I hope I can make that kind of change wherever I go.”

Like many Native American communities, Bond uses the heavy metal genre to relay important messages. The 25-year-old musician grew up on the Navajo Nation, listening to bands like Judas Priest and King Diamond in her hometown of Tuba City, Arizona, and began playing guitar and singing at a young age. The first song she learned how to play on the guitar was Metallica’s “Enter Sandman,” with songs by SLAYER and Megadeth soon to follow. Then, in early December 2019, Bond attended a much-anticipated Death Angel concert with her family in Mesa, Arizona. They were blown away, she says, along with hundreds of other heavy metal devotees, many of whom were Native American.

Heavy metal has a devoted fan base. Your next-door neighbor on Second Mesa may very well be a heavy metal fan. This is also the case for all immediate participants of the Museum of Northern Arizona’s Loud and Proud: Indigenous Identity and Heavy Metal Music, from event organizer Amelia George, for whom bands like Killswitch Engage and Amon Amarth play an important role, to curator Anthony Thibodeau, who wrote his graduate thesis on the topic. The MNA event will feature a lecture from Thibodeau as well as a performance by Bond.

Thibodeau has been a metal fan ever since he first heard Black Sabbath. Throughout junior high school, the anthropology collections manager at MNA jammed to Sabbath and saw many metal bands live in concert. Many mosh pits later, Thibodeau was in New Mexico working as an anthropologist and routinely attending heavy metal shows—primarily in Albuquerque. There he noticed the majority of the audience was Native American. Now a fan of black metal, grindcore and sludge metal, Thibodeau says what hooked him was heavy metal’s spirit of punk music through its powerful stance on political and social issues. What interests him, he says, is how music becomes a platform for public dialogue.

Bond’s music and Thibodeau’s research will come together to share the stage at Loud and Proud. The event is dedicated to educating the public and discussing the bridge between the Native American community and contemporary musical culture. It will be divided into two sections: For the first portion, Thibodeau, who received his master of arts degree from Bowling Green University, will give a presentation from his thesis entitled Anti-colonial Resistance and Indigenous Identity in North American Heavy Metal. Bond will follow with a solo performance.

Loud and Proud is not Bond’s first time on the MNA stage, and the young musician is no stranger to a live audience: From the Green Room in Flagstaff to the Native American Music Awards (Nammys) in Ohio, Bond has an impressive resume of venue appearances. She also performed at the 2019 Miss Indian World, and, to date, has played at the Gathering of Nations Pow-Wow, which sees tribes from around the world coming together each year, four times. If there is a large Native American audience, chances are Bond will rock the place.

“They keep me going,” Bond says of her audience and fans. “I’m still surprised how they keep coming and show me all their energy.”

Bond is coming to the fore at an interesting moment in Native American history and she has something to say. Her original song, “Under the Sky,” talks about Changing Woman and the emergence of Navajo clans while honoring the Missing and Murdered Indigenous Women. Bond’s music reflects her personal experiences and influences within modern music culture.

Bond’s family members are her biggest supporters as well as her greatest source of inspiration, she says. Her mother likes old school R&B, Pat Benatar and Death Angel. All of the songs on Bond’s EP and an LP were recorded by her step-father in his mobile studio. Her little brother designed her album cover and T-shirts. Before he passed away, her grandfather made her guitar, in the design of a Navajo concho belt. What you hear and see from Bond was molded by her family.

Now enrolled in the music program at Northern Arizona University, Bond hopes to teach voice lessons on the Navajo reservation. This goal hits close to her heart because vocal lessons were not available for her at a young age. Bond takes it one step further to point out that music therapy can help a community deal with internal struggles such as alcoholism and depression. Music unifies its listeners.

When asked about her future, Bond says, “I’m never going to stop.”

Catch Loud and Proud: Indigenous Identity and Heavy Metal Music at the Museum of Northern Arizona, 3101 N. Fort Valley Road, from 2-4 p.m. Sunday, Jan. 26. This event will be the final installment in the Indigenous Insights series, which includes the current The Force is with Our People exhibit. These events demonstrate the Native American community’s interaction and role within pop culture. For more information or to purchase tickets visit www.musnaz.org. To listen to Bond’s music and learn more about her, go to www.reverbnation.com/sagebond

After a two-year hiatus, the members of Flagstaff band Le Trebuchet are back together, milling around guitarist and singer Jeff Nickell’s smal…

Sage Bond will perform as part of MNA's Loud and Proud: Indigenous Identity and Heavy Metal Music on Sunday. Photo by Deidra Peaches