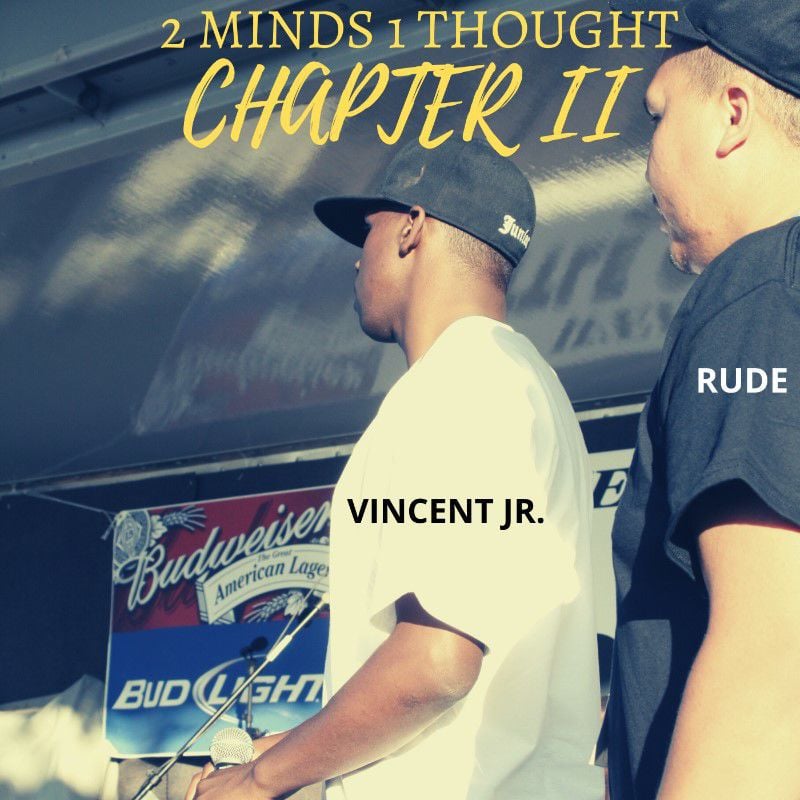 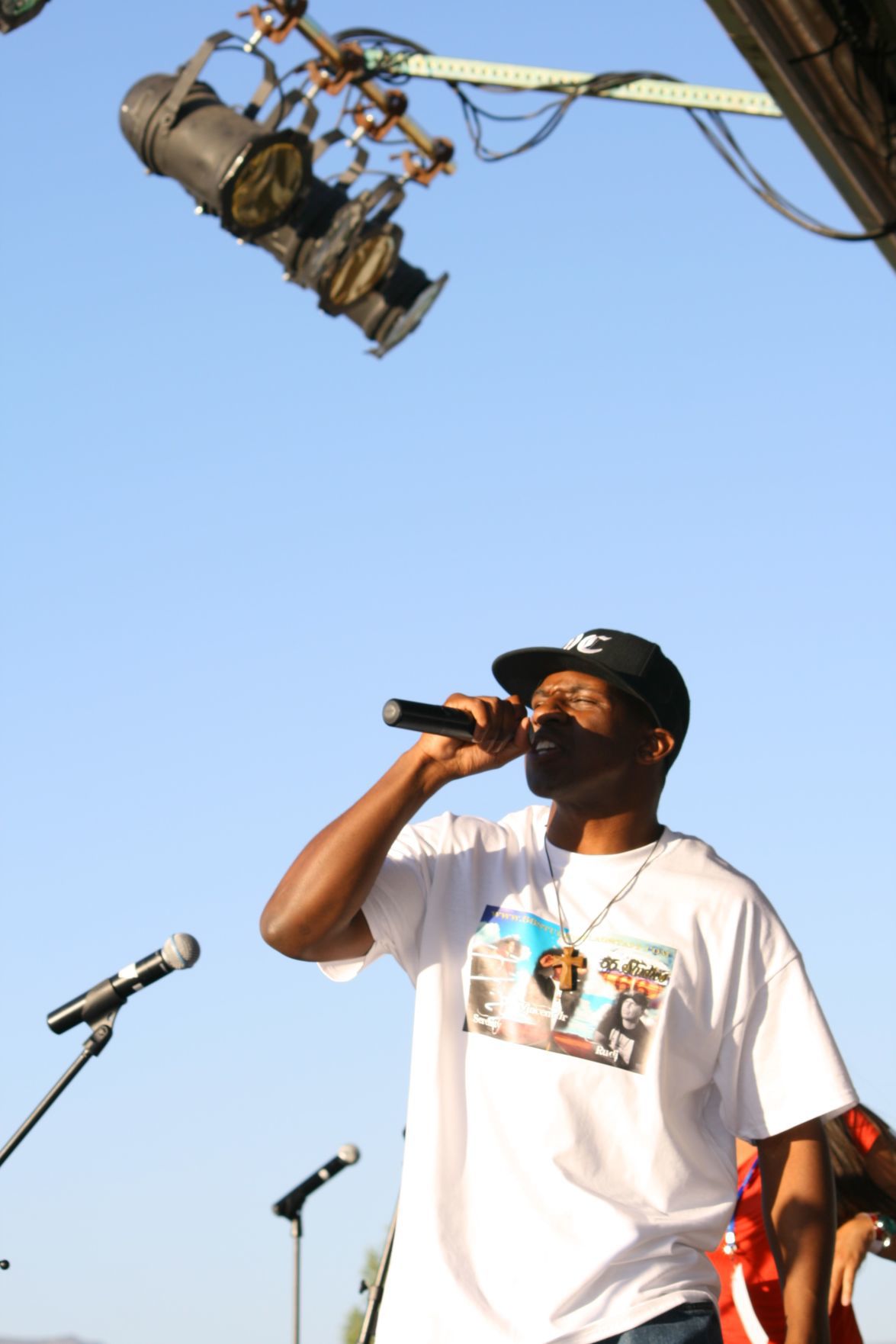 Vincent Jr. reached out to local radio station The Q 102.9 to get 66 Studios' music on the airwaves for the first time in 2010. 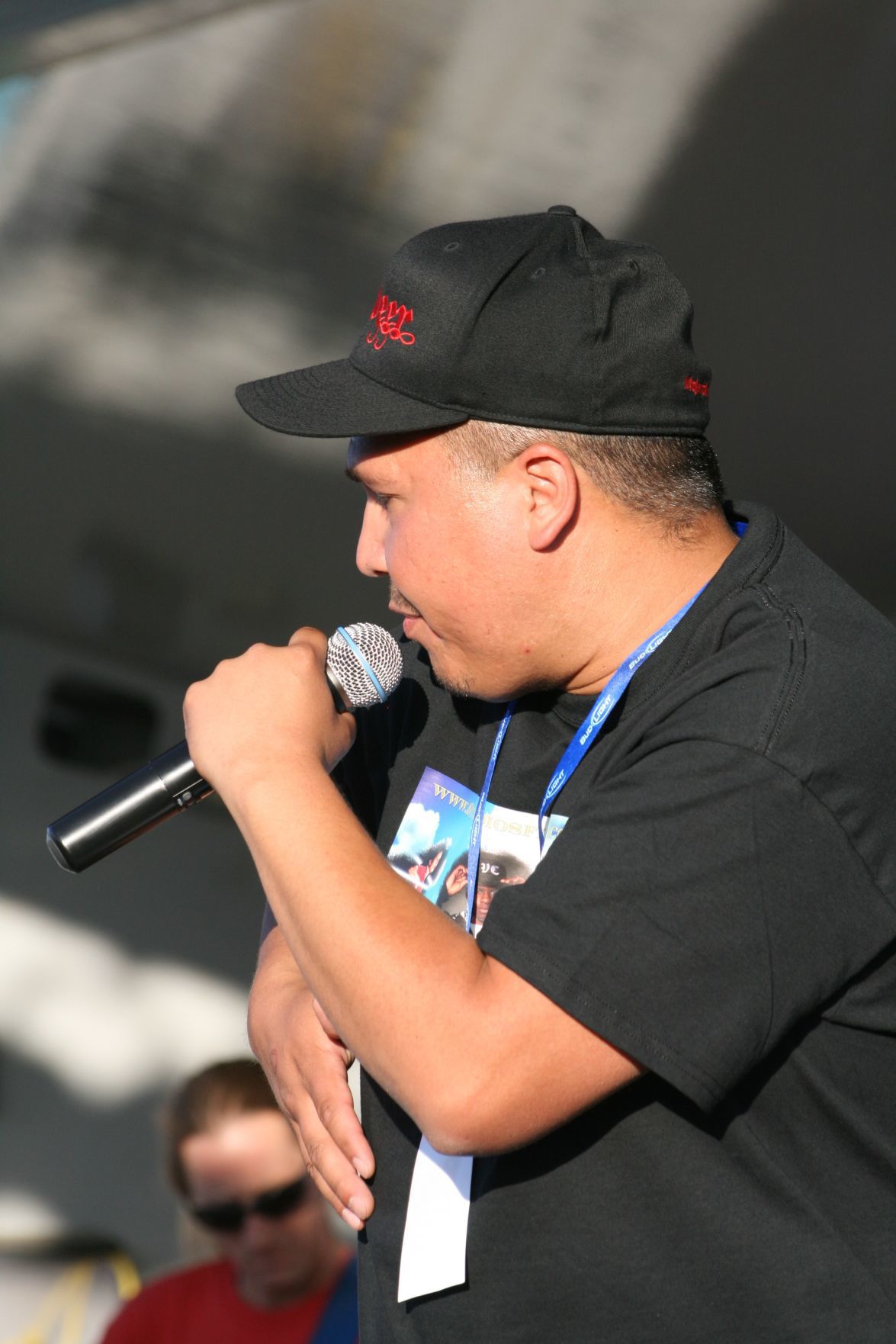 “I was happy creating something that made me feel good, and a lot of that first album was music for myself, leaving bread crumbs like Hansel and Gretel for how to find my way back to feeling that great so if I ever got lost in the music I can turn around and go, ‘Ahhh, I see,’” Rude says.

Currie tells a story of driving Ulibarri to work one day and seeing The Q 102.9 radio station’s truck parked nearby.

“Of course I make a bold move and I go running to the guy and say, ‘Hey, I’m a member of the NAU Army ROTC program, we have a military ball coming up, just wanted to know if I could please use the airwaves to help promote this fundraiser that we have, oh, and by the way, I’m part of this hip-hop local group, here’s the CD,’” Currie says.

The station later followed up to ask which song Currie wanted them to play. His first choice, “66 Music,” describes how he and Ulibarri got started but it was turned down due to a brief use of profanity; his second favorite track, “Have to Keep Moving,” made the cut, though. The lyrics relay a hopeful message encouraging listeners to keep their head up if they encounter hard times.

“I didn’t know this at the time, but Serenity [Kuan], who was the background vocalist of that song, her two daughters, when they heard that through the airwaves, they called the Q nonstop,” Currie says. “They called in so much that I think the radio station thought they were being overwhelmed with calls from Prescott all the way up to Page, when it was really Serenity’s daughters.

“But it worked,” he continues with a laugh, “because that song ended up becoming the Q’s number one song requested.”

And hearing his music on the radio far exceeded Ulibarri’s expectations.

“I didn’t really think outside the box at that time,” Ulibarri says. “I was excited to do music, I never even thought about, ‘Let’s try to get it on the radio station, let’s get people to listen to it.’ I was happy creating something that made me feel good, and a lot of that first album was music for myself, leaving bread crumbs like Hansel and Gretel for how to find my way back to feeling that great so if I ever got lost in the music I can turn around and go, ‘Ahhh, I see.’”

While the two have been making music together for 10 years now—recently celebrating the release of their sixth album 2 Minds 1 Thought: Chapter II on July 2—the path wasn’t always direct. Currie was a student at Northern Arizona University when he met Ulibarri who was a producer at a now-defunct recording studio on Fourth Street. The latter seemed hesitant to form a group with the young artist, but eventually gave him a chance after listening to some tracks Currie had posted on Myspace.

“I sent him a beat that was not super crazy, not super amazing, [said], ‘Let’s see what you can do with this,’ and he came off on it. [I was like], ‘Amazing, cool, alright!’” Ulibarri recalls. “I had already gotten another song together so I hit him with another track and it kind of just took off.”

66 Studios was formed on the basis of shared respect for each artist’s creative vision, and the two found camaraderie in their faith in God, the importance of spreading positivity through their music and pride in northern Arizona. While in Flagstaff, they often performed shows for food donations which they passed on to local nonprofits or individuals in need.

“The money that we did raise, which wasn’t a lot—it was more of a donation-based platform—we never kept that for ourselves,” Currie says. “We either went to the food bank to pretty much give it away, or we blessed someone right then and there on the spot, but the mission of 66 Studios was always to give back. To get our music out there and gain a lot of followers and listeners, but we always recommended people to bring canned goods or old clothes we would donate right after the show.”

When Currie graduated from NAU in May of 2011, he was commissioned to the Army and stationed at Fort Myer in Arlington, Virginia, 30 minutes from where he grew up, but the music kept pulling him back to Flagstaff.

Currie is currently based in Fort Bragg, North Carolina, with Ulibarri in Flagstaff, and the two have since perfected the long-distance recording process. For 2 Minds 1 Thought: Chapter II, Currie and Ulibarri sent beats back and forth, each coming up with a hook or chorus before sending the track to the next for more lyrics.

The album’s first single, “Beg Your Pardon,” continues the upbeat theme of northern Arizona pride with a never-back-down attitude.

“Listening to the chorus, what people will quickly realize is that while we are trying to have fun on that track, it’s to remind people that, 'Hey, you’re not going to be able to stop that movement that we had going,'” Currie says. “We’re going to continue to mow down the barriers that once stood in front of us. It’s more than just him and I, it’s a movement that’s coming through, and one thing that you can’t put on light is darkness—light will always shine through.”

Stand-out track "Oh My" begins with a gentle piano phrase before the bass kicks in as Currie and Ulibarri offer a helping hand to those trying to navigate an unkind world. In the midst of the COVID-19 pandemic and the worldwide focus on racial justice and equity, 66 Studios continues to lift others up through music, and they have no plans of stopping anytime soon.

“I want our songs to stick around forever,” Ulibarri says. “I want somebody to play it 20 years later and be like, ‘I remember that song!’ I feel like we’ve definitely grown together as people with our music, especially with all the current events going on; now it’s more to write on. We’re all in our houses, we’re all wearing masks. We have to do what we have to do right now because if you really care about anybody, united we stand, divided we fall.

“What I really want to do with this next collaboration is a whole positive movement, helping the kids out with things that are going on now, everything that’s going on with the presidential stuff. Anything that can help people get through these times.”

Listen to 2 Minds 1 Thought: Chapter II and more from 66 Studios at www.66studios.bandcamp.com or www.soundcloud.com/sixtysixstudios-flagstaff.

The Benders Band recorded its first two albums crowded around a single microphone. It was the early 2000s and the bluegrass/Americana group wa…

Vincent Jr. reached out to local radio station The Q 102.9 to get 66 Studios' music on the airwaves for the first time in 2010.

“I was happy creating something that made me feel good, and a lot of that first album was music for myself, leaving bread crumbs like Hansel and Gretel for how to find my way back to feeling that great so if I ever got lost in the music I can turn around and go, ‘Ahhh, I see,’” Rude says.