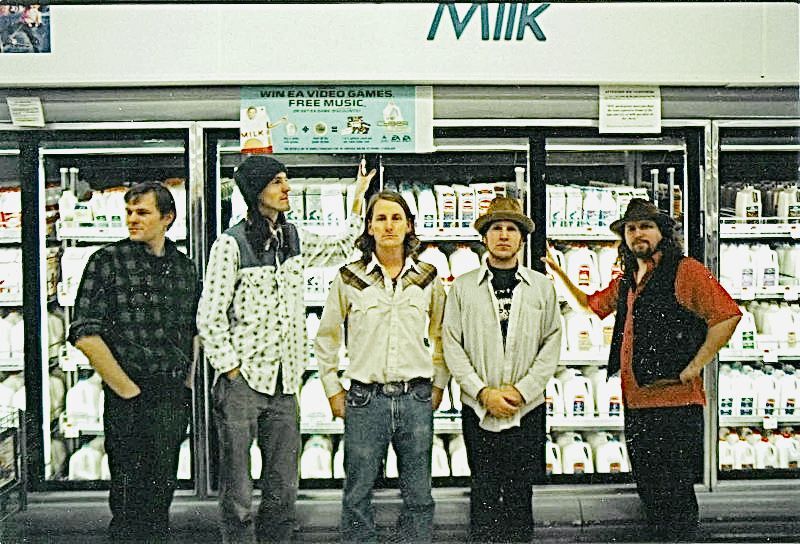 The Benders Band formed at the turn of the century but went their separate ways in 2004. This summer they're back with double album Twice In A Blue Moon Volume 1 & 2, featuring songs old and new. Photo courtesy of The Benders 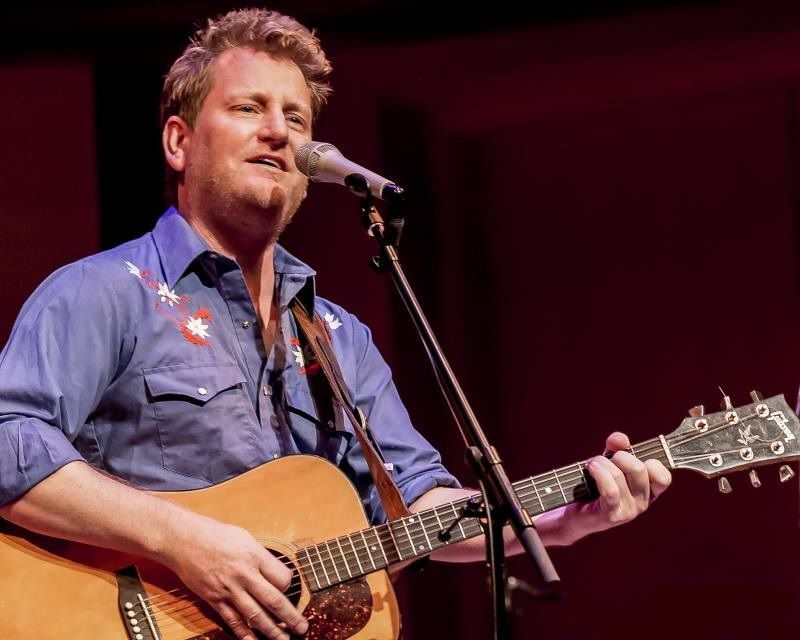 Nolan McKelvey of The Benders Band has written upward of 10 songs while in quarantine, many of them featured on the band's new double album,  Twice In A Blue Moon Volume 1 & 2. Photo by Elaine Thomas Campbell

The Benders Band recorded its first two albums crowded around a single microphone. It was the early 2000s and the bluegrass/Americana group was producing a raw and singular sound with each session, one that singer-songwriter and bassist Nolan McKelvey calls, “As live and in person as you can get.”

Making music in the midst of the coronavirus pandemic, where virus mitigation requires distance as the illness thrives in enclosed spaces, has morphed the very nature of live performance and recording, forcing separation in an art from whose processes often require proximity. But bands and venues alike are finding creative solutions, ones that, though formed under unfamiliar circumstances, have lent a great deal of depth to recent projects.

This is the case with The Benders’ new double album. Set to be released Aug. 3, Twice In A Blue Moon, Vol. 1 & 2 is an amalgamation of old songs, written in 2003 and 2004 but never released, as well as new tracks written and recorded just as COVID-19 cases were spiking in the United States. The double record is half time capsule, half mirror held up to the present moment.

“Volume 2 is specifically songs that were mostly written since the pandemic started, so that definitely comes forth,” McKelvey says. “In particular the ‘Lockdown Quarantine’ track, ‘Dark Times’ and a couple of the others. Those are specific to that feeling that we’re all experiencing right now, that we’re unable to do what we used to do.”

“As soon as we arrived in Vermont they were all piling into a truck to go tubing. So I jumped on a tube and found myself at one point by myself in the White River when tubing up next to me came Bow,” McKelvey says. “Later that afternoon we all pulled out our instruments and started playing and there was this immediate connection that was undeniable. We signed with a label then toured the country. Almost as soon as we met, there was an incredible connection.”

The band called themselves The Benders as an homage to their musical differences: Thayer, having played in punk bands, in Flagstaff among other places, Beyer contributing his rock ‘n’ roll roots and McKelvey approaching each Benders project by way of his classical training on standup bass.

“We took a lot of different genres to sort of bend them into our sound,” he says.

Twice In A Blue Moon, Vol. 1 & 2 is no different. The album features an interchange of styles, a bluegrass collection with an edge—one that has long made the band to stand out among the proverbial crowd. What makes the album still more unusual is that it was tracked remotely. Almost like a game of telephone, one member would put together part of a song, then send it on to the next person, not hearing it again until everyone had contributed their parts.

“I didn’t know what the other guys were doing nor did I inform them what to do,” McKelvey says. “We’ve known each other for so long and respect the musicianship that everyone brings to the table.”

Volume 1 begins like the engine of a classic car turning over for the first time in many years, sputtering to life with a familiar sound, accelerating and then taking to the road at a clip, beautiful as it comes to life. The album oscillates, fast and slow, with the staying power of Burl Ives or Woody Guthrie and a little something sharper mixed in—the punk and rock ‘n’ roll undercurrents perhaps. Volume II then brings us into the present day with a more frayed, urgent pull—machine drums dot the occasional track, quick riffs keep our heads just above water.

What The Benders have created is bluegrass of the present, folk music for the moment.

“Hey ol' rich man you're getting on my nerves/ Gettin’ so fat you can't flatten that curve/ I went to bed with the American dream/Woke up in Lockdown quarantine,” they sing.

McKelvey performs and records solo in addition to playing with bands like Muskellunge. What weaves its way through his and fellow Benders’ writing is a close eye on his environs, always watching as the world turns and he turns within it.

“I think as an artist, you’re impacted by what is happening around you and as songwriters I think all three of us are just really observant people and we just try to capture what is happening,” McKelvey says. “It’s one of the reasons I still call records, records—it’s a record of that moment in time, a historical record almost. And I think there is a tradition in folk and bluegrass of expressing what people are feeling and I hope we capture that in what we are doing, especially Volume 2, because down the road most of us will want to forget this time, but at the same time it’s important to document it and know what people are feeling.”

The Benders Band’s new album, Twice In A Blue Moon, Vol. 1 & 2, will be available on all streaming sites Aug. 3. Nolan McKelvey will play a live show this Saturday for this week’s installment of virtual concert series At Home with the Orpheum Theater. McKelvey will be performing alongside Megyn Neff (violin) and Tim Hogan (bass). The show begins at 7 p.m. at the Orpheum’s Facebook page.

The Benders Band formed at the turn of the century but went their separate ways in 2004. This summer they're back with double album Twice In A Blue Moon Volume 1 & 2, featuring songs old and new. Photo courtesy of The Benders

Nolan McKelvey of The Benders Band has written upward of 10 songs while in quarantine, many of them featured on the band's new double album,  Twice In A Blue Moon Volume 1 & 2. Photo by Elaine Thomas Campbell