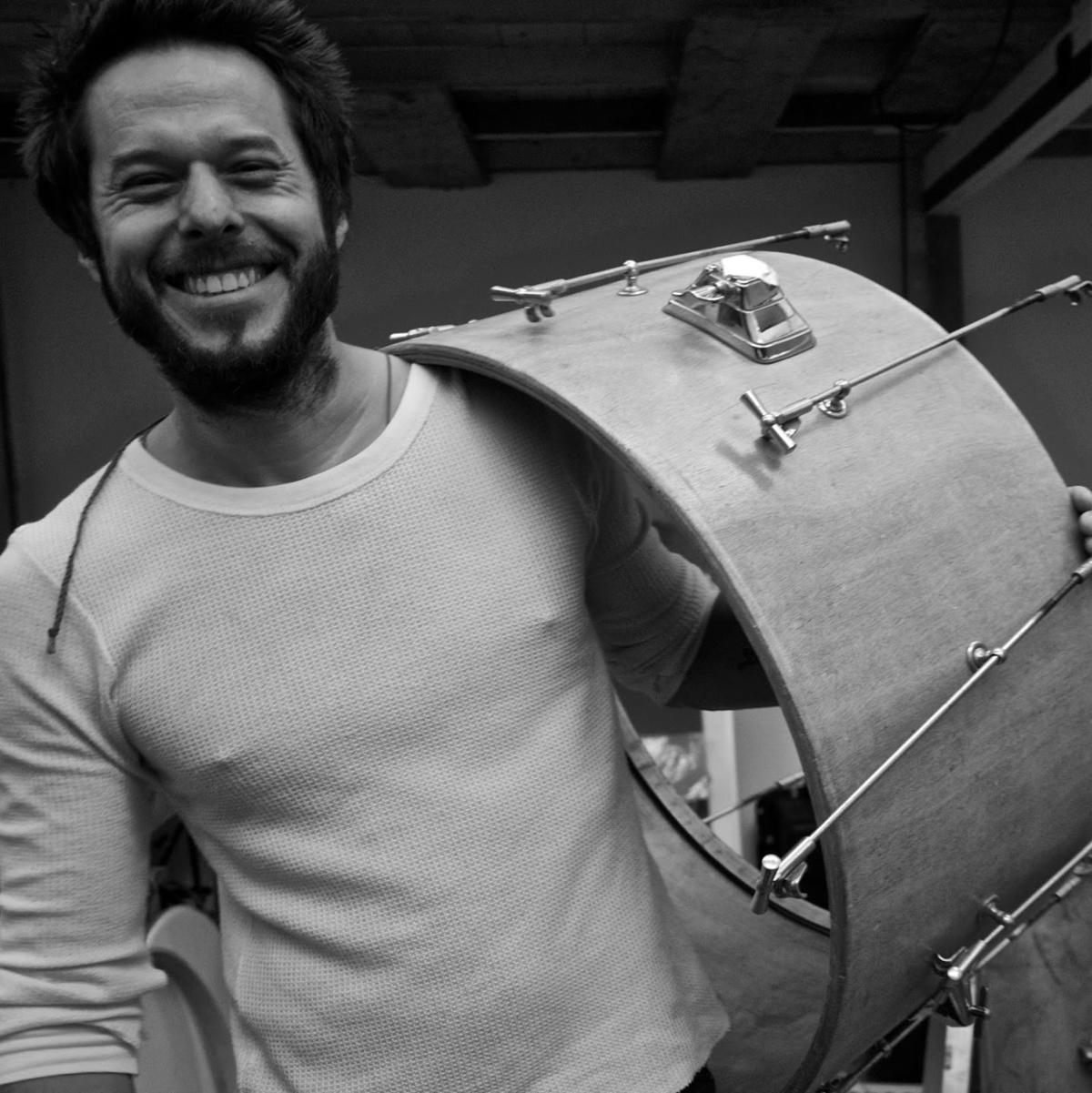 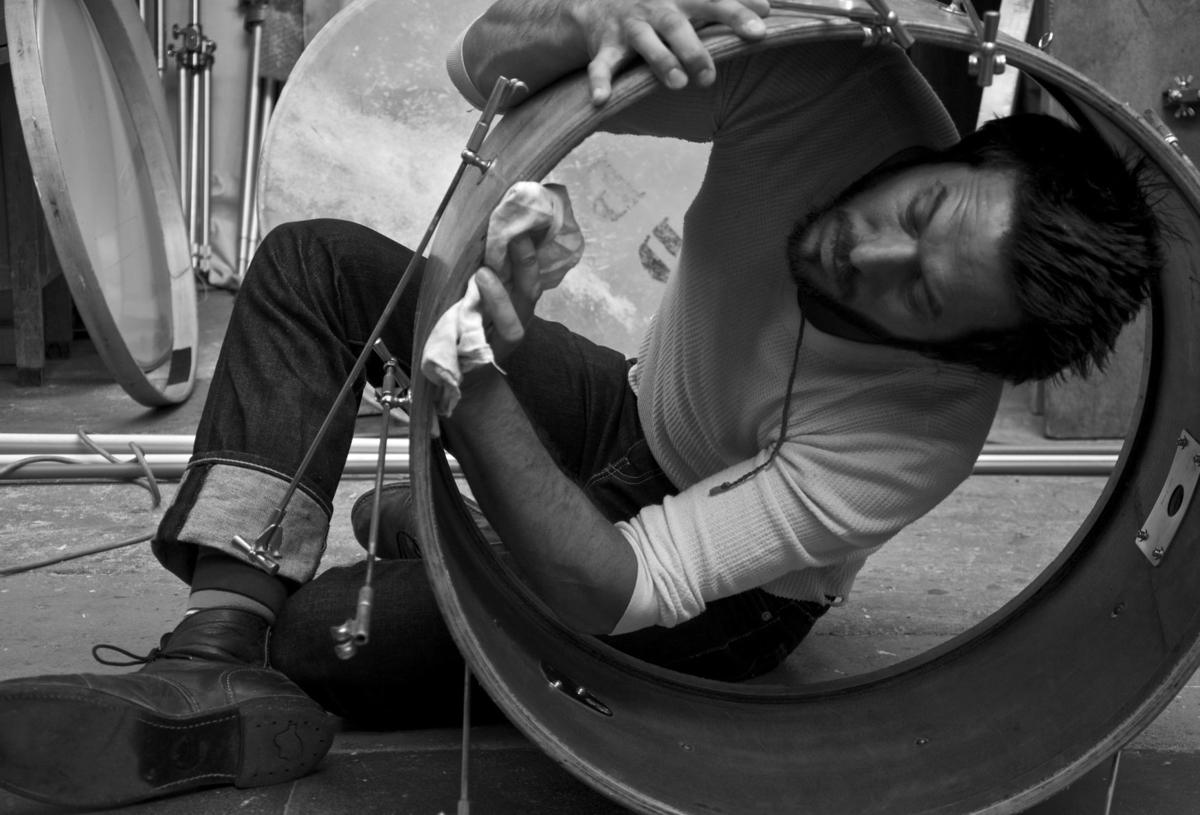 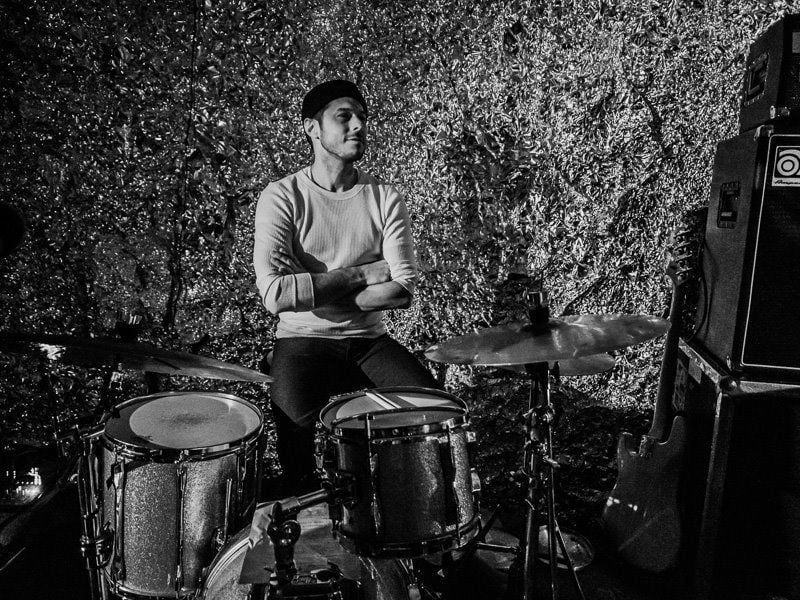 “Being alone on stage was a huge fear, so I decided that I would pursue solo playing to face the fear and hopefully learn something about my musical impulses outside of reacting to what others do, or in support of a collaborative happening,” says improvisational drummer Frank Rosaly.

After all, there are no classics written about how a character grows while staying within their comfort zone. It’s through the various challenges life presents which lead to understanding and success.

“I did learn a lot about myself and my habits, crutches and where the danger lies in music so that I can keep myself uncomfortable,” Rosaly says. “That’s where I feel improvisers play their best, when they are in danger of failure. When someone solves problems on stage, it is so exposing and exciting to witness.”

For Flagstaff’s Interference Series, now in its third season, exposing vulnerabilities and questioning what it means to be a musician is a big aspect of its goal. Composer and percussionist Owen Davis founded the thrice-monthly series in 2015 and is one of the curators bringing Rosaly on board for an evening of transformative sound.

“We present new, experimental and sometimes very radical performance artists whose art innately resists being described [but] this is precisely why people should come,” says Davis. “This is art that is beyond description and quantification. It doesn't want to be put into the box of language and demands to be experienced firsthand.”

And a firsthand experience is exactly what planted the seeds for the series in Davis’ mind when he attended one of Rosaly’s shows after the release of his 2010 album Milkwork.

“Having never seen free improvisation, his playing that night changed the way I thought about music and performance and in many ways set me on the course for the path that I followed that led to the conditions of the Interference Series,” Davis says.

Rosaly, currently based in Amsterdam, has made a name for himself through various musical collaborations in Flagstaff, where he graduated from Northern Arizona University with a music performance degree in 1992, and Chicago, where he lived for several years.

“By the time I was studying in the same percussion studio [at NAU] with Dr. Steve Hemphill he was already deeply rooted in the Chicago music scene and all that was left were fabulous stories, almost legends of Frank's time in Flagstaff,” Davis says. “There was so much energy and so many musical projects and Frank could be found at the epicenter of most of them.”

The musician and composer says he was drawn to Amsterdam by love and creativity, as that’s where he met his now-wife Ibelisse Guardia Ferragutti. Rosaly describes the art scene in the Netherlands as very forward-thinking and has allowed him to begin experimenting with sound installation and infra sound (sound that is lower in frequency than 20 Hz) since moving there in 2016.

Ask him how he’s changing the shape of music though, and Rosaly will say he’s not sure that’s what he’s doing.

“I simply push my own limits, not of the ‘genre’ of free improvisation or instant composing,” he says. “My own envelope is the only envelope I can clearly state belongs to me, so the music has more to do with my own search than relating it to the current movement in improvisation. It’s a beautiful gift, releasing myself from comparison to others, trends or even my own influences, which are difficult to get away from. “

Improvising allows him to create freely, outside of the constraints of tired formulas. There’s no planned build up or perfectly calculated breakdown. He feels out the beat, letting it take control and lead him on a journey exploring the limits of sound and solo percussion performance. Maybe some hi-hat here, feedback from an effects box there, or what can he do with a cymbal on his snare drum?

“It isn’t something I do consciously, but it seems my decision-making process manifests in a very physical manner,” Rosaly says. “You see me suddenly changing or saying yes or no to a particular moment. You can see when I am in danger, losing control or when I truly find something I’d like to expand upon.”

He continues: “I think what defines my playing is my personal timing, pacing and compositional process. I like to overlap a current moment with the next moment like a DJ cross fading one tune to the next tune. I attempt in daring to take my time. I don’t always default to my developed language, which is a crutch for a lot of folks, myself included! So I look for danger, purposely break down my technique or set myself up to solve a sound or musical problem in real time. I find it forces me to truly improvise.”

Part of the Interference Series’ purpose is to provide local and touring musicians the opportunity to work together for a night and explore beyond their personal creative walls. Many times, Davis will even join the performers just to see what they can create when they combine forces.

“Collaboration is one of the most joyous and important facets of the series and it embodies so many core values and goals as well,” Davis explains. “What can we accomplish when we intentionally work with other people who are different than us and try to create something together that is genuine and powerful? This sentiment is at the heart of why I personally collaborate and why I think performance is so important for the human condition.”

Frank Rosaly will be at the Coconino Center for the Arts, 2300 N. Fort Valley Road, on Tuesday, Feb. 6, as part of the Interference Series. Tickets are $10 for the general public or $5 for students and can be purchased online at www.interferenceseries.org. Learn more about Frank Rosaly at www.frankrosaly.com

Space between sounds: The Interference Series reminds us to fear no art

Between songs exists the space Owen Davis calls home. Somewhere in the static or the silence, accidental drum beats and the sound of the wind …