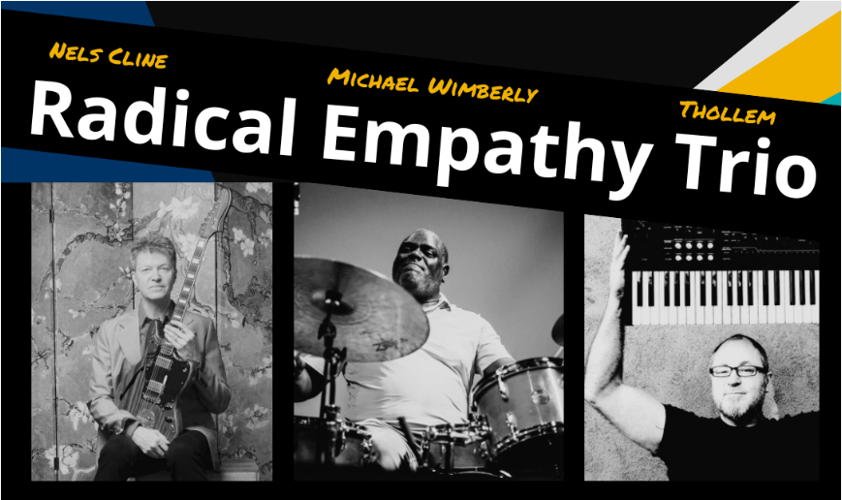 The Radical Empathy Trio is performing with minimalist composer Terry Riley on January 26 at 7:30 p.m. in the Kitt Recital Hall. 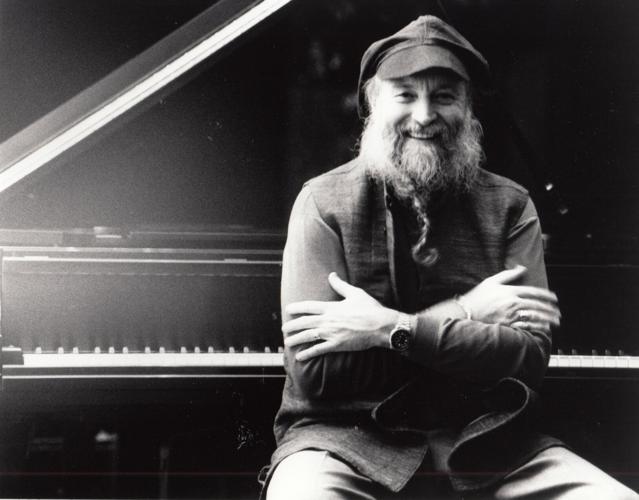 Terry Riley is one of the founding fathers of minimalist composition.

Creative expression has always had a home in Flagstaff. In recent years, however, Owen Davis and Rob Wallace have sought to broaden its place within Flagstaff’s culture. In 2015, Davis founded the Interference Series, a non-profit organization that aimed to, as Davis described, provide a consistent home for experimental, improvised, avant garde and otherwise genre-bending music and performance within Flagstaff.

“I knew that I wanted to diversify the rich musical offerings that comprise the fabric of Flagstaff,” Davis said.

Wallace and Davis connected through their shared passion for percussion and interest in experimental performance. Since 2016, the two have collaborated and co-organized the Interference Series performances.

“We’ve had visual artists, we’ve had people doing stuff with lights, we’ve had dance, poetry, theatrical performances and performance art,” Wallace said. “The main focus is music, but we have all kinds of other things too. It’s basically taking art and music that doesn’t really fit into another niche.”

Wallace explained that, in the past, the series has spotlighted individuals who fall into artistic categories that are familiar to the public, such as singer-songwriters. However, when it comes to the music those singer-songwriters produce, it is often noticeably different from the mainstream music heard on the radio. The key to attending Interference Series performances is to walk in with an open mind, Wallace said.

Though the series typically opts to support musicians and artists that are lesser known, Wallace said that, in recent years, they have also been able to attain performances from higher profile artists. In particular, the Tomeka Reid Quartet performed in the series just in the past year. Cellist and composer Tomeka Reid has been described by The New York Times as a “new jazz power source” and has performed with many distinguished ensembles since her 2015 debut. On April 1, 2022, Reid and her quartet performed at Kitt Recital Hall; the performance, co-sponsored by the Interference Series and NAU Jazz, marked Reid’s first performance in Flagstaff.

“We’re starting to get artists like that,” Wallace said. “Artists that aren’t necessarily off the beaten path, but they may be artists that haven’t necessarily performed in Flagstaff before. We’re getting people that, normally, you’d go see in major cities like London, New York, Los Angeles or San Francisco, and you’d pay a lot of money to see. We’re getting them to do exclusive engagements here in Flagstaff at a value price for our audiences.”

Alongside showcasing major up and coming artists like Reid, the Interference Series also focuses on providing a platform for local artists and musicians, Wallace said. The culture surrounding Flagstaff — the region’s Native American roots in particular — are extremely influential to the artistic footprint that this community makes, Wallace explained. Many of the out-of-town artists who have been featured within the series have walked away with a new appreciation for Flagstaff’s cultural and their artistic offerings, Wallace said.

Since its founding in September 2015, the Interference Series has presented over 200 performances ranging from local artists to touring artists from around the world. The series has welcomed artists from Austria, Argentina, South Korea and more. The centerpiece concert for this season of the Interference Series features performances from Wilco guitarist Nels Cline, American minimalist composer Terry Riley, free jazz drummer Michael Wimberly and keyboardist Thollem. The concert will be taking place at Kitt Recital Hall on Jan. 26 at 7:30 p.m. and is being co-presented by NAU Jazz, Kitt School of Music and the NAU Honors College.

Riley was, and continues to be, a key figure within musical ‘minimalism’. Just as visual art underwent an era of minimalism, musicians and composers began creating minimalist pieces as well; artists began experimenting with this new musical niche in the late 1960s and early 1970s. Minimalist music is often described as a form of music that limits the amount of instruments involved within a composition. However, minimalist composers may also choose to replace more traditional instruments with less common forms of musical expression. Repetitive patterns or beats as well as consonant harmonies also distinguish minimalist music from other experimental genres. Riley’s 1964 composition, “In C” is noted by many as one of the first, if not the first display of minimalism in music.

In recent years, Riley has left his home state of California and currently resides in Japan. Although the Jan. 26 performance will feature Riley in a telematic format, he will still be able to sing and interact with Cline, Wimberly and Thollem, live.

“[Terry Riley] is, again, one of these people who if he appeared somewhere you’d be paying 100 bucks or 50 bucks to see him perform because he doesn’t really tour,” Wallace said. “So he’s going to be a head on a screen, blown up really big in Kitt Recital Hall, and then you’ll hear him interacting in real time with the group of live musicians.”

Thollem, Wallace explained, was a key link between each of these internationally renowned musicians and composers, having worked with them all before. Pianist, composer and singer-songwriter, Thollem has spent much of his adult life on the road, collaborating with many different musicians, dancers and filmmakers over the years. The musical genres he works in tend to vary depending on the artists he is currently collaborating with, Thollem explained. His work has ranged from free jazz to post-classical music, to punk rock.

The upcoming Interference Series performance is one of great excitement for Thollem, despite having participated in several of the series’ past concerts.

“This is a very exciting concert for me for quite a few reasons,” Thollem said. “First of all, Terry [Riley] and I have been friends for a while now but have never performed together. He is, of course, one of the most famous composers and performers on the planet, and he’s also a good friend. I find that the personal often exceeds the musical for me in many ways. The deeper connection people experience together the deeper the musical experience may be.”

Thollem echoed Wallace in saying that this performance will be a ‘once in a lifetime’ opportunity for most people.

“It’s a rare opportunity to see or hear Terry Riley live,” Thollem said. “He is a historic musical figure that has been a groundbreaking artist for seven decades now. Nels Cline is considered one of the greatest living guitarists … Michael Wimberly has played with a who’s-who of musicians across the stylistic spectrum. It’s a pretty crazy, amazing band and an opportunity to experience a sonic adventure unlike any other.”

NAU’s Jazz Combo is set to begin the concert and preface Riley’s performance with the Radical Empathy Trio. The members of the trio, Thollem, Wimberly and Cline, will also be working with the NAU Jazz students during their time in Flagstaff, Wallace said. Prior to the concert, the trio will be discussing their expertise and offering guidance to NAU students both at the Kitt School of Music and within the Honors College.

“It’ll be a pretty interesting experience,” Wallace said. “I don’t think anything like this has ever happened in Flagstaff before, quite literally — in terms of the music, in terms of the people and in terms of the technological complexity of what we’re going to do.”

Thollem said he is eager to perform with his fellow trio-members as well as alongside Riley and looks forward to seeing where the music takes them.

“There’s no doubt that this concert will go many different places musically, some of which I can imagine and some I probably can’t,” Thollem said. “I really hope people come out specifically for a sonic adventure, to get out of their comfort zones and their playlists based on internet algorithms — we all need to be nudged awake in this way.”

Wallace explained that his personal mission, as a co-organizer of the Interference Series, is to showcase Flagstaff as a viable cultural space where arts within the avant garde realm can truly flourish.

“You don’t need to go to New York City to feel like there’s something interesting happening,” Wallace said. “We’re doing it right here. The more people we can get to realize that and support it, the better.”

Itching for more: Flag-forged rock band Dusty Rug makes a name for themselves on their first Southwest tour

Dylan Harris, Phil Gibbs, Eric Verellen and Tim Erbach of Flagstaff rock band Dusty Rug all made their ways out to Flagstaff from different pl…

Breakin' it down: Jazz guitarist Josh Moore passes the axe to a new generation

When he was 10 years old, guitarist Josh Moore learned to play the instrument with dreams of becoming a rock star.

The Radical Empathy Trio is performing with minimalist composer Terry Riley on January 26 at 7:30 p.m. in the Kitt Recital Hall.

Terry Riley is one of the founding fathers of minimalist composition.