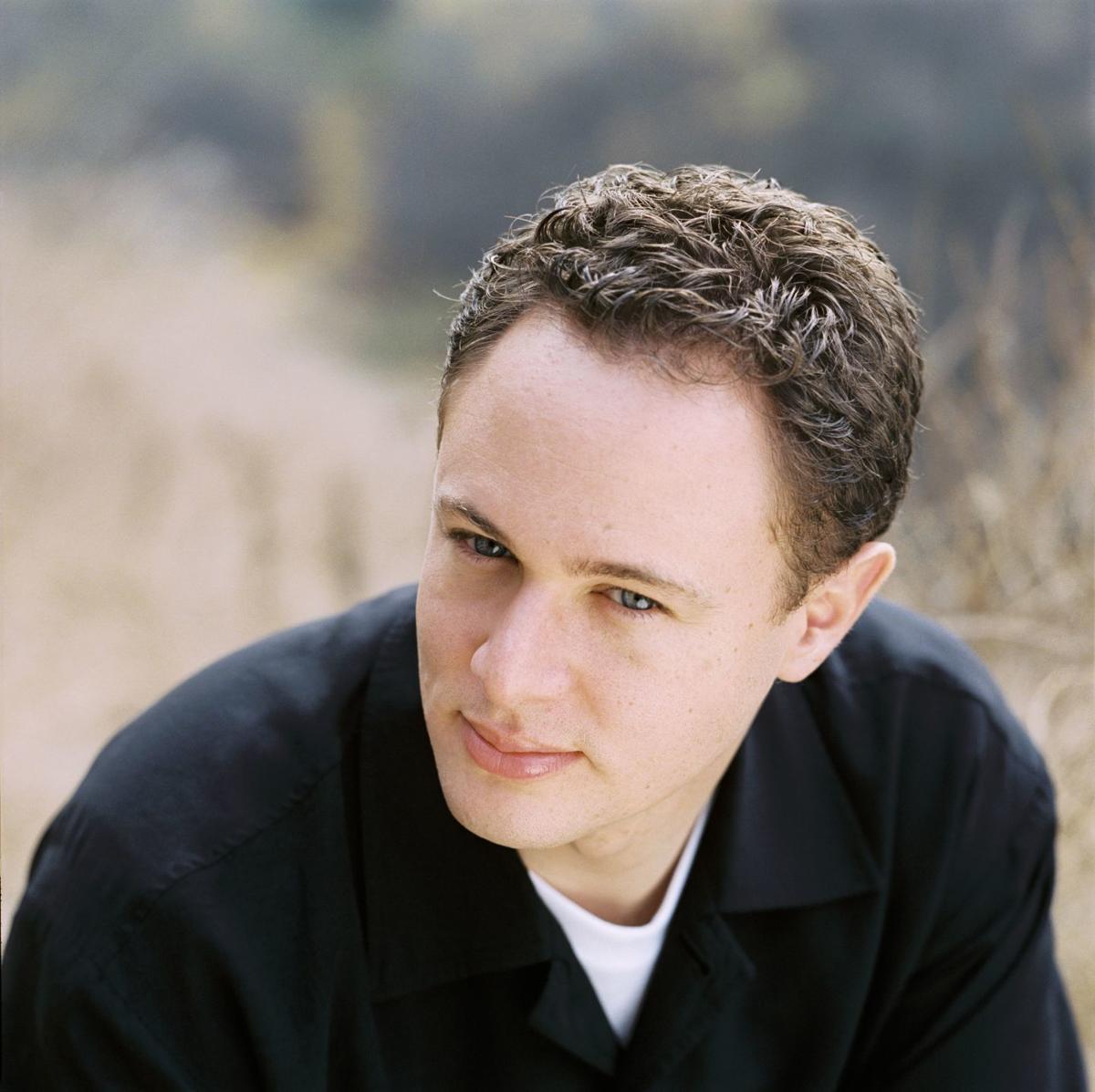 Daniel Nahmod will share songs of hope and peace this weekend at Unity of Flagstaff. Courtesy photo

It took six years of “pretending to be a computer programmer” before singer-songwriter Daniel Nahmod realized what he was meant to do.

“I ignored my passion until I was 27,” he says. “I tried to push it aside but failed to suppress the thing that makes me much more happy than anything else, besides my wife and little boy.”

The son of two lawyers, Nahmod grew up in Chicago and earned a degree in economics, following the straight-laced career path he thought he was supposed to take. Now more than 20 years later, with as many albums released, he lives in California and has shared the stage with motivational speakers including Yolanda King and Arun Gandhi and recorded songs with artists like hip-hop humanitarian Nimo.

His uplifting music features relatable lyrics sung within a wide vocal range and set against skillful piano and guitar playing. His songs have been sung and recorded by thousands of soloists and congregations of all faiths around the world, although he’s a nondenominational singer. Deepak Chopra has even called his song “One Power,” which praises the idea of love inside us all, the “anthem for the New Humanity.”

Nahmod grew up listening to a variety of genres thanks to his parents’ eclectic music taste, but names Simon & Garfunkel, Pink Floyd, Crowded House and Switchfoot as some of his favorites. He began producing his own albums before he was approached to work on someone else’s, this self-taught ethos mimicking how he got started songwriting.

“Self-taught sounds cool, but it’s actually a slow way to learn,” he says.“When I meet the kid who knows at 15 that she wants to go to music school, I feel so happy for her and so jealous at the same time because I never knew where I belonged; I belonged somewhere where I could sleep, eat, breathe, drink music.”

Despite the late start, Nahmod’s hard work has paid off. He has sold more than 110,000 CDs, and his music has been licensed by the likes of American Idol, the Super Bowl, Saturday Night Live and the Today Show.

He regularly performs for large gatherings, such as the 10,000-deep audience at Parliament of the World’s Religions in Toronto this past November, but he enjoys the more intimate shows as well.

“There is something special about performing for smaller audiences,” Nahmod says. “You can have a much more personal relationship with them, take requests and be more spontaneous—not just spontaneous with jokes and stories, but choosing songs on the fly is one of my favorite things to do and it’s really fun to do it with a small group.”

In this way, he says he draws inspiration from John Denver’s personal approach to live performances. Nahmod’s large catalog of songs provides a deep well to draw from, allowing him to connect to various humanitarian causes.

“I used to make a set list before each concert and then I realized I never followed it,” he says with a laugh. “One song would lead to a story, would lead to a different song, or an idea would pop into my head, or a current event would inspire a completely different kind of show than I was planning.”

Nahmod will perform at Unity of Flagstaff this weekend for an intimate afternoon performance with local folk and bluegrass group Lucky Lenny in Music in the Studio, which Reverend Penni Honey organized as a benefit for the Flagstaff Family Food Center.

“We are regulars at the Family Food Center. We go there once a month to serve, and all the holidays—in fact, that’s why we’re doing it now,” Honey says. “Their shelves tend to get really low during the summer and there are a lot of kids that rely on the food.”

Unity also recently participated in the raising of the Pride flag at Flagstaff City Hall, and Honey spoke at a special service at Congregation Lev Shalom last year. Growing up in a “small town in the Midwest,” Honey says she’s adjusted easily to Flagstaff’s community-oriented life.

“People would tell me, ‘You’re such a natural for this community,’” she says. “This just feels right, getting everyone involved.”

Honey hired Lucky Lenny’s Shawn Dennehy as the music director shortly after she joined Unity this past October, and they’ve been working together to expand the organization’s presence in town with events like Music in the Studio.

A self-described “relentless smartass and goofball,” Nahmod says his approach to performances leans more toward fun.

“This is not a prayer lunch, this is not a super intense serious thing,” he says. “The songs can be emotional, but it’s really about feeling good, so people will enjoy it if they feel like taking a chance on somebody they haven’t heard before.”

Daniel Nahmod and Lucky Lenny will perform for Music in the Studio at Unity of Flagstaff, located in Tranzend Studio, 417 W. Santa Fe Ave., on Sunday, July 14, at 1:14 p.m. Admission is $10, free for children 10 and under. Proceeds will benefit the Flagstaff Family Food Center; attendees will receive a ticket for a non-alcoholic drink when they donate a can of food. Lunch and snacks will be available for purchase. Visit www.UnityOfFlagstaff.org or www.danielnahmod.com for more information.

Note-worthy: May releases beckon to the heart

Daniel Nahmod will share songs of hope and peace this weekend at Unity of Flagstaff. Courtesy photo