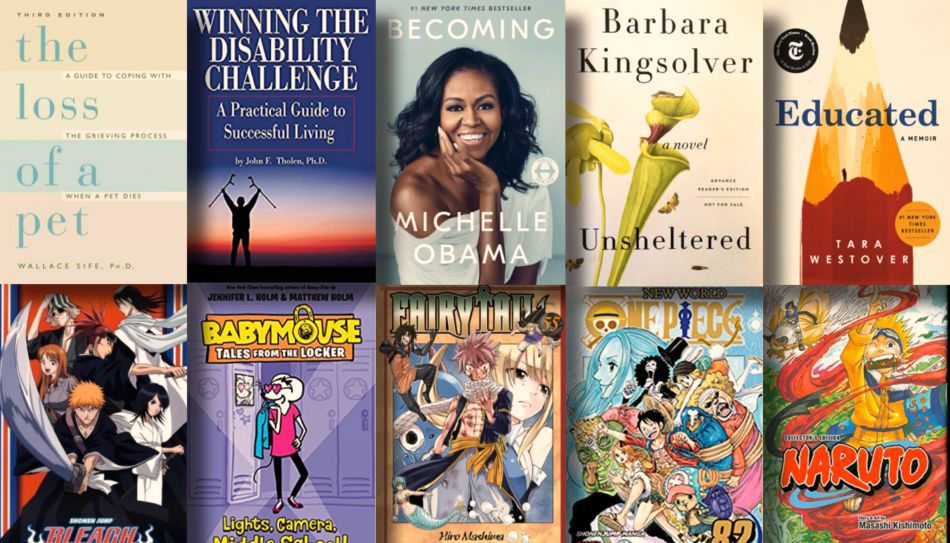 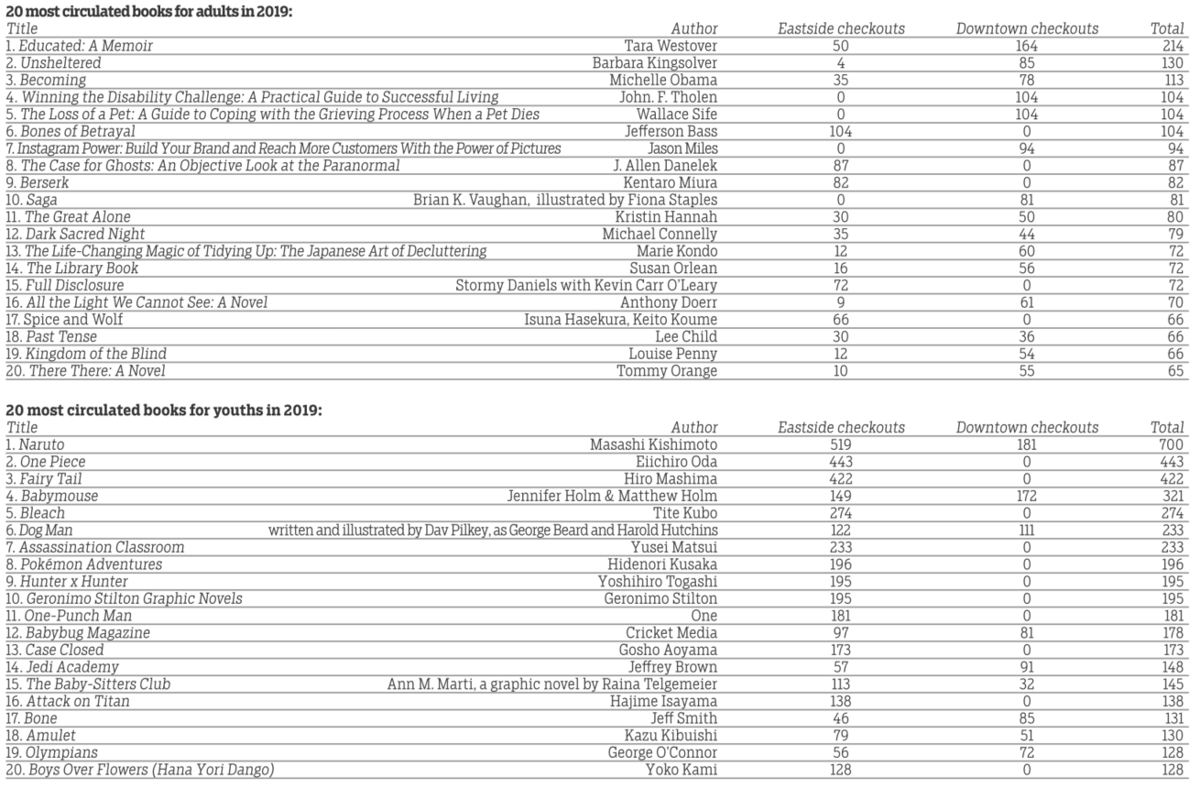 The Flagstaff City-Coconino County Public Library recently released its list of the 20 most frequently borrowed books from the last year, much to the anticipation of the Flagstaff Live! staff. With some titles that were to be expected in addition to a couple of surprise frontrunners, what people read this year truly did run the gamut. Japanese graphic novels known as manga were by far the most popular reads in the children and youth category, while biographies and memoirs dominated the list of adult titles—with a couple fiction, how-to and paranormal titles thrown into the mix.

Several of the books, including last year’s Becoming by former first lady Michelle Obama, are among national darlings, with Obama’s being the most borrowed book in both the United States and Canada this year.

Educated: A Memoir proved the most popular among adult Flagstaff readers in 2019. (The same thing is true of the Toronto and Boston Public Library, where it was checked out more than 6,000 times.) Barbara Kingsolver’s Unsheltered was the second most frequently borrowed book of the year in Flagstaff.

Educated had just over 200 checkouts. And yet, the most lent out book by about 500 borrows is filed under the youth category. It’s not American, you read it backwards and it’s filled with pictures. So what could it be, you wonder? Go ahead and give it a guess or just keep reading to find out.

1. Educated: A Memoir by Tara Westover.

5. The Loss of a Pet: A Guide to Coping with the Grieving Process When a Pet Dies by Wallace Sife

6. Bones of Betrayal by Jefferson Bass

7. Instagram Power: Build Your Brand and Reach More Customers With the Power of Pictures by Jason Miles

8. The Case for Ghosts: An Objective Look at the Paranormal by J. Allen Danelek

11. The Great Alone by Kristin Hannah

13. The Life-Changing Magic of Tidying Up: The Japanese Art of Decluttering by Marie Kondo

14. The Library Book by Susan Orlean

16. All the Light We Cannot See: A Novel by Anthony Doerr

18. Past Tense by Lee Child

19. Kingdom of the Blind by Louise Penny

20. There There: A Novel by Tommy Orange

2. One Piece by Eiichiro Oda

15. The Baby-Sitters Club by Ann M. Martin; a graphic novel by Raina Telgemeier

16, Attack on Titan by Hajime Isayama