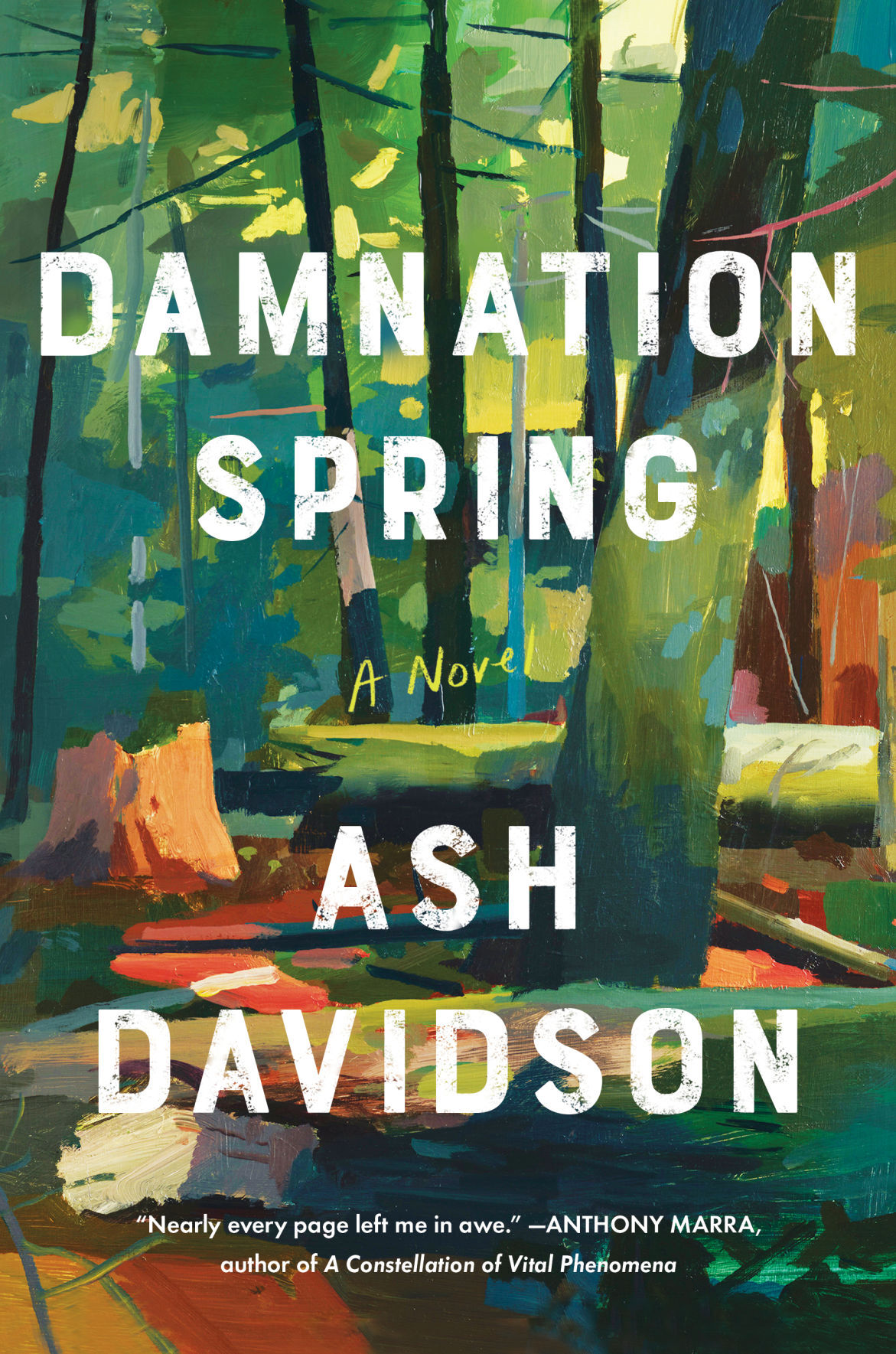 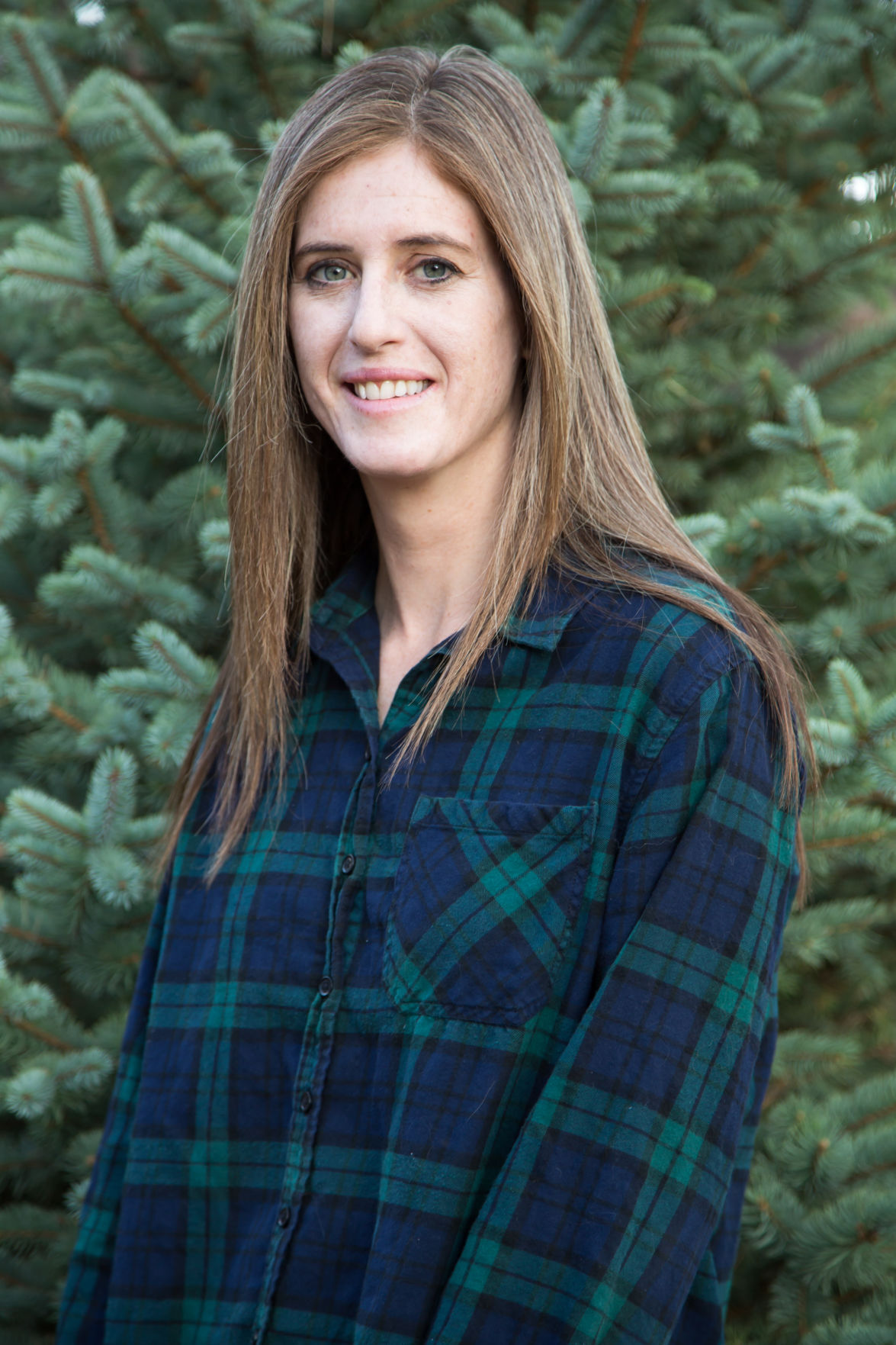 Flagstaff resident Ash Davidson is the author of the upcoming novel Damnation Spring.

It was the summer of 2010 when Ash Davidson first started writing the story that would one day become Damnation Spring.

For nearly a decade, the Gundersen family and the small logging community they called home lived inside her head. She carried them with her throughout her time at the Iowa Writers’ Workshop and back to Flagstaff again, through dozens of dark mornings huddled over the keyboard with a cup of coffee at Tourist Home before heading to her full-time job.

And now they're about to meet the world. Davidson's debut, Damnation Spring, publishes Aug. 4. The experience is still surreal to her.

"It's such a strange and magical experience to realize that these characters have been in my laptop for a decade and suddenly other people are going to know them too," Davidson said. "It's wonderful, and it's also deeply strange."

The novel spans the course of a year and less than 100 days are actually in the book. Yet Davidson wrote all 365 days. She's still having a hard time letting go of the family she's spent so long writing and rewriting and writing again.

Even now — just days from publishing and after weeks of positive reviews — she's still plagued with lingering feelings of self-doubt, She's painfully aware how niche the topic of logging might be to some and the nearly 500-page length. It's not as loud as it once was, Davidson said, but the doubt haven't quieted entirely either.

But Damnation Spring is well-deserving of the praise. It's a sweeping, immersive debut chronicling the deeply human story of a Pacific Northwest logging town reckoning with a threat that could destroy everything they so desperately know and love.

For generations, Rich Gundersen’s family made their livelihood chopping out of the redwood forest along California’s rugged coast. Rich and his wife, Colleen, are raising their own son near a swath of ancient redwoods named Damnation Grove. Rich seizes an opportunity to buy 24-7 Ridge in hopes of a better life for his wife and young son, Chub. The purchase exhausts the money they squirreled away for their growing family, unbeknownst to Colleen. But their family isn't growing as Colleen has lost pregnancy after pregnancy — as have numerous other women in their community. Colleen has seen the devastation firsthand as a midwife.

As an old face returns to town, many of the community members are forced to reckon with the thought that the herbicides used by the logging company aren't as harmless as promised. As mudslides take out clear-cut hillsides and salmon vanish from creeks, Colleen's search for answers threatens to unravel not just Rich’s plans for the 24-7, but also their marriage and their town.

What results is a beautifully immersive debut. At more than 400 pages, the epic of a novel swallows you whole, immersing the reader in the lush forests as told from the varying perspectives of Rich, Colleen and Chub. It's a compassionate portrayal of a family and community clinging to a quickly vanishing way of life as the environmental degradation becomes impossible to ignore.

Davidson's family lived in the town of Klamath, California where the book is set. They relocated to Flagstaff when she was in middle school. Now, Davidson works as the communications director for the non-profit Grand Canyon Trust. She's not blind to the juxtaposition of a self-described "tree hugger" penning a novel that so delicately details the struggle between preserving and profiting off the land.

While the struggle does parallel the current climate crisis, Davidson noted that there are no winners and losers in a situation like this. She's gained respect for those who work on the forest and those who have devoted their lives to preserving it.

"I think we often blame people who work in extractive industries [logging, fracking, coal mining] as if they’re complicit in the environmental damage and therefore deserve any suffering it brings them, but we have to empathize that this is how a family is keeping their lights on and keeping food on the table," Davidson said.

Interviewing people on both sides of the issue made her reevaluate her own preconceived notions and helped her write the book coming from a place of non-judgment. In one scene, Davidson details a public meeting where a board must decide whether to allow the logging of Damnation Grove. Those in opposition call out the proposal for destroying the ancient redwoods, while those of the community of Klamath speak of how much they value the land beyond something to look at before returning home.

"People who work in industries that can be destructive to the environment often have a great attachment to the outdoors," Davidson said. "I come in and work in an office every day, but a logger goes out and works in the woods every day and spends their free time there, too. They're very attached to the woods and they love the woods."

Davidson took inspiration for this scene from her own time in public meetings on the topics of forest thinning or uranium mining. She dug through newspaper archives detailing public meetings from decades ago similar to that in the book. Much of the language and jargon is directly inspired by those nearly 50-year-old articles. She returned to Klamath for interviews and to get the details of such a specific place right. At first, people hesitated to speak with her as she was an outsider. Then someone recognized her mother in a local diner and she was soon introduced to a logger. They stepped outside and spoke for two hours, leaning against the side of his truck as the rain pounded down around them. The next time she saw him, he brought an old photo album showing his crew cutting the massive redwoods decades before.

Eventually, she mustered up the courage to ask him about the herbicides and he confided that he had been sprayed and how it impacted him.

Two epigraphs mark the start of the novel. One is the quote, “they are not like any trees we know," from author John Steinbeck. Steinbeck goes on to say no one has ever successfully painted or photographed a redwood. Davidson found herself enchanted with the redwood, but found herself facing the same problem, struggling to help readers understand their majesty and what it's like to feel so small to something so big. The Steinbeck quote was the most honest way, she said.

"I hope people will be curious enough to look them up and see for themselves," she said.

Davidson will be celebrating the release of the novel Tuesday at Bright Side Bookshop starting at 5:30 p.m. She will read from Damnation Spring, take questions and sign copies.

Celebrate the Aug. 3 release of Damnation Spring at Bright Side Bookshop from 5:30-7:30 p.m. Davidson will read from the novel, answer questions and sign copies. Pre-order the book from Bright Side for 10% off.

Reporter Bree Burkitt can be reached at bburkitt@azdailysun.com or on Twitter at @breeburkitt.

Flagstaff resident Ash Davidson is the author of the upcoming novel Damnation Spring.