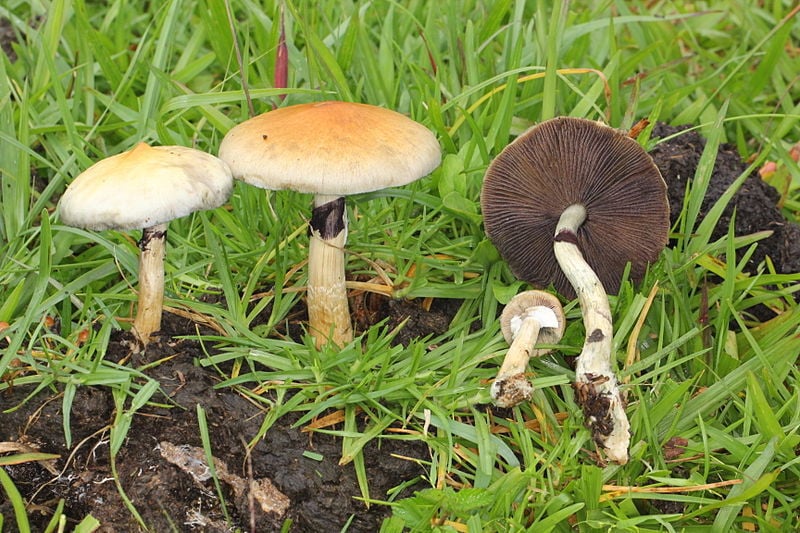 Last month, voters in Denver succeeded in passing the nation’s first referendum on decriminalizing psilocybin. As of June 5, Oakland became the second. Photo by Alan Rockefeller 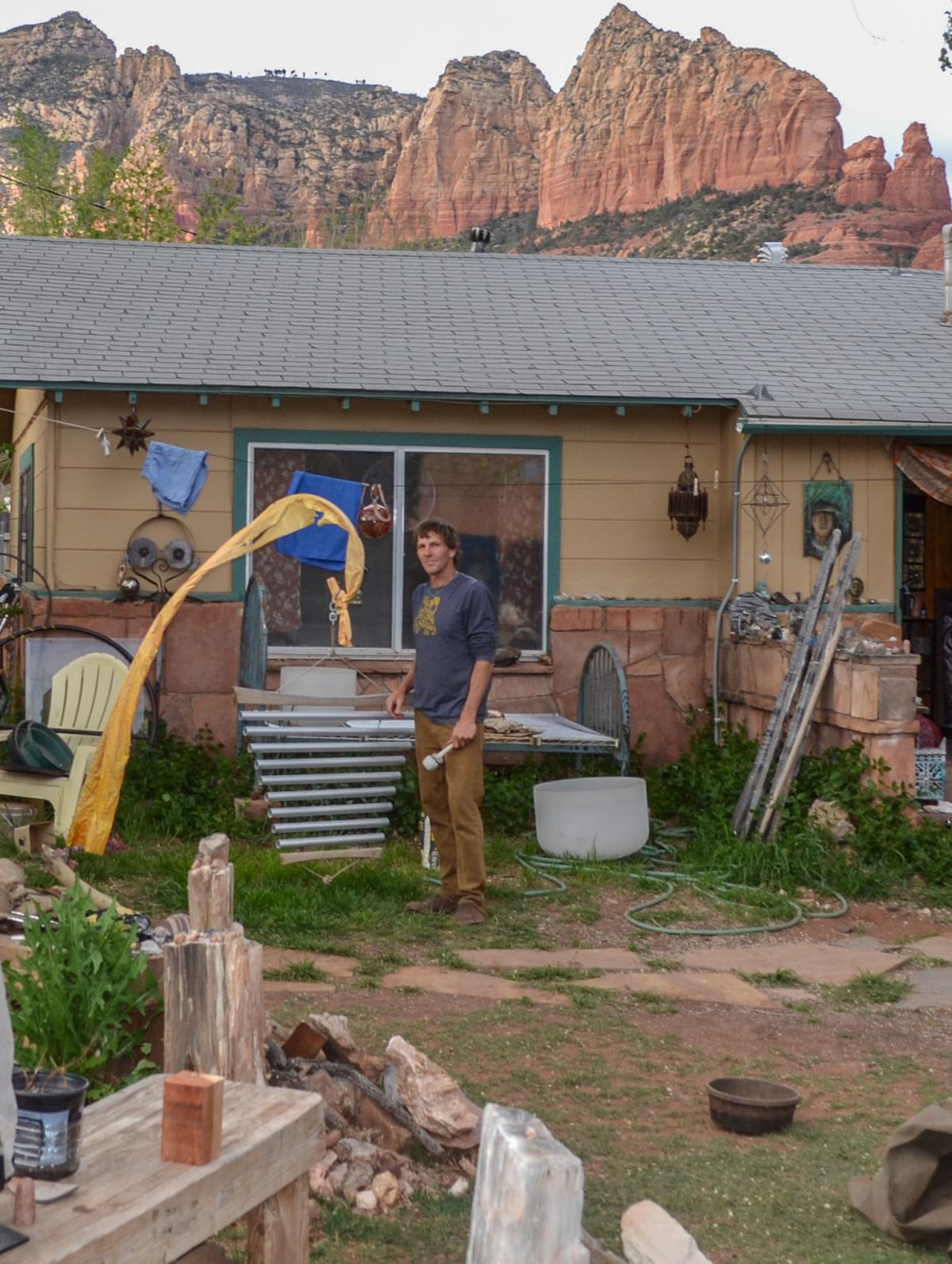 Patrick Pape is a jeweler and bodyworker. He lives in Sedona where he frequently micro-doses LSD. Photo by Sean Golightly

Psychedelics have been around a long time. Naturally occurring in many plants, and some animals, our best research suggests human cultures have embraced these mind-altering substances in ritual practice since before recorded history.

In contemporary American culture, plant psychedelics maintained legality up until 1970, when President Richard Nixon’s Controlled Substances Act categorized most natural psychedelics, including psilocybin (mushrooms), mescaline (Peyote cactus), dimethyltryptamine (DMT) and cannabis, as “Schedule I” controlled substances, effectively banning their use in medicine. In other words, psychedelics have been illegal for about 50 years and a celebrated medicine for centuries of human history. Living in a culture that scorns psychedelics puts us in the distinct minority of humanity.

All that’s about to change.

As most people are aware, cannabis has taken the nation by storm, with 11 states having voted recreational use into legality, another 15 having decriminalized use and all but three having made cannabis legal for medical use.

That’s cannabis. Still, other psychedelics may be soon to follow. Last month, voters in Denver succeeded in passing the nation’s first referendum on decriminalizing psilocybin. As of June 5, Oakland became the second.

The coming age of psychedelics (or rather, the returning age) is upon us. In this series, we will examine how, why and amongst who this cultural shift is taking place. Welcome to part two of the Mind’s Horizon.

In the last installment of this series, we examined how psychedelics—natural and synthetic—are gaining ground in the medical field, particularly with applications in trauma psychotherapy.  This month, we will look at those psychedelic users less concerned with healing trauma and more concerned with optimizing consciousness.

The Origins of Psychonautics

While psychedelics have been the alleged and outright-stated muse of many literary figures for centuries, i.e. William Blake, Aldous Huxley and Hunter S. Thompson to name a few, no one has done more to further the exploration of psychedelics than Terrance McKenna. A Colorado native who took an interest in psychedelics from an early age, McKenna was a prolific author concerned with teasing out the scientific, philosophical and spiritual truths of plant psychedelics. His most popular work, Food of the Gods, still reigns supreme as the ultimate treatise on psychedelics.

One of McKenna’s more intriguing proposals is the poorly named “Stoned Ape Theory,” in which he suggests the ingestion of psilocybin mushrooms played an integral role in the evolution of modern humans. Based on his intimate knowledge of the effects of psilocybin at varying dosage levels, McKenna theorized that around 100,000 years ago, when Homo sapiens were beginning to emerge from Homo erectus, as the desertification of the African continent took our ancestors out of jungles and into grassland environments, those same ancestors would have come into contact with Psilocybe cubensis mushrooms that grow among the dung of wild cattle.

Supposing human ancestors incorporated these mushrooms into their diets, McKenna suggests the positive effects of psilocybin, such as visual acuity and sexual arousal at small doses, and dissolved ego, community consciousness and activation of the brain’s language centers at higher doses, would have provided significant evolutionary advantages to mushroom-munching early humans.

While McKenna’s theory has been rejected by the scientific community and challenged at every level, it doesn’t change the fact that due to his wide audience, his ideas have permeated the cultural consciousness. The rhetoric of human “optimization” and functional advantages through psychedelics is alive and well.

One of the more common ways people seek “optimization” through psychedelics is via micro-dosing. Consisting of ingestion at a level high enough to feel a mild effect, but low enough not to disrupt daily functionality, micro-dosing is “the working man’s trip,” usually achieved through psilocybin or LSD.

Patrick Pape is a jeweler and bodyworker. He lives in Sedona where he frequently micro-doses LSD.  Pape describes the effect that LSD has on him using the analogy of electricity.

“As a bodyworker, I find that if I micro-dose a quarter hit, half a hit, my electrical currents, my field, is bumped up,”  Pape says. “I feel my hands pulsing with electricity.”

Preferring LSD to mushrooms, which make Pape “want to relax and calm and feel the earth,” Pape says, “[LSD is] like you ate a battery…if you eat a small amount.” Too much, and one can become overstimulated. “You can get really buzzed out for a while,” Pape says. “You can’t focus on anything because there’s too much electricity pulsing through you…your vision, your hands, you’re super vibratory.”

Believing that micro-dosing LSD behooves him as a bodyworker, Pape also says it lends near-supernatural abilities.

As a jeweler, Pape often hunts for crystals to incorporate into his art. One of his preferred spots is in the hills near Payson, where large quartz points, often called “Payson Diamonds,” can be found just below the surface.

Gem-hunting with LSD, Pape says, gives him a significant advantage.

“When I’m near a crystal, I can hear this eeeee,” says Pape, mimicking a high-pitched frequency, “and its like, ‘Here, dig here.’”

While Pape’s experience shouldn’t be considered typical, micro-dosing has garnered public interest as an alternative to anti-depressants, ADHD medications and other pharmaceuticals, with articles lauding its research appearing everywhere from the Huffington Post to Forbes.

Others would dismiss the practice as insufficient.

To read the full article and part one of The Mind’s Horizon, visit www.flaglive.com.

W. Michaels (to protect the identity of the individual, this name is used as a pseudonym) is a Flagstaff local with a substantial history of psychedelic use. She says she has no love for micro-dosing.

“Back in my day, we called micro-dosing ‘not taking enough.’ If you’re using this sort of substance, you should experience the full range of what these plants have to offer,” Michaels says. She upholds that micro-dosing as a daily habit “isn’t particularly responsible…I can’t imagine going to work and trying to function while tripping even a little bit.”

For Michaels, psychedelics should have their own time and space. She sets up her psychedelic experiences by going out to the woods. Such a setting precipitates an opportunity for Michaels to do some maintenance on her mental health.

“I try to trip about three times a year in a very nice, quiet peaceful environment, and it just cleans out the cobwebs, basically. You spend pretty much eight to 12 hours viewing the world in a completely different way… and you come back fresh,” she says. “The day-to-day grind gets very monotonous, and just kind of shaking things up does wonders for you.”

Michaels’ use of psychedelics was not always so structured. As a younger woman growing up in Phoenix’s punk-rock scene, Michaels recalls an adventure into the sub-freeway tunnels where a friend’s fearful outburst “sent the whole trip sideways,” into a terrifying grapple with mortality. She says she was at an ill-fated music festival where a bad actor’s malicious “puddling” (over-dosing strangers on LSD without consent) crumpled the psyche of a festival-goer until he very nearly lost his arm in a fit of self-mutilation.

Still, Michaels believes in the benefits and beauty of responsible psychedelics use.

“I generally think of myself as a cautionary example and not a leader,” Michaels says. “But my advice for psychedelics? Go somewhere with flowers… Anything natural is going to bring you back in into what it means to be a human being functioning on a planet full of nature.”

That all pales compared to her experience with DMT which she calls “the Rolls-Royce of psychedelics.”

DMT stands for dimethyltryptamine, a naturally occurring compound found in many plants and animals. It’s the active ingredient in ayahuasca, the psychedelic brew of many indigenous Amazonian cultures, and generally considered the most powerful of all psychedelics. It can be taken internally or smoked.

When Michaels first tried DMT, she smoked it, resulting in an out-of-body experience like no other.

“The entire room turned in this illuminated, moving, Alex Grey painting,” she recalls.  “I exhaled and leaned back, and I saw my body lying on the couch in my house, and me floating up through the roof. I saw my house, saw my neighborhood.  I left earth, floated out of earth, ended up flying through space.”

Accustomed to hallucinations brought on by other psychedelics, this experience struck Michaels as inherently different. Her journey continued with the guidance of two strange entities.

“As I was cruising past Mars, these two—the only way I could describe them would be like electric rainbow snakes—they came underneath and started intertwining around each other, and I got to ride these rainbow snakes out past the solar system, past nebulas and black holes, and all this other beautiful stuff out in the universe.”

Michaels also reported feeling untethered from the normal progression of time. “DMT’s only a 20-minute trip,” she says. “But it seemed like a lifetime.”

There is speculation, though no hard evidence, that DMT plays a role in the death process of the human brain, which may explain some of the similarity between Michaels’ experience and common descriptions of afterlife and reincarnation.

Michaels’ experience of DMT is by no means unique. In Cosmic Serpents, Jeremy Narby wrote extensively about the imagistic motif of “rainbow serpents” associated with ayahuasca use in the Amazon. Rick Strassman, who for five years in the ‘90s conducted studies on DMT at the University of New Mexico, found frequent reports of “external entities” amongst his study groups.

Geometric patterns, out-of-body experiences, rainbow snakes, these are all common ground for psychonauts. Yet the question begged is whether these consistent phenomena represent the experience of a real, objective side of reality, or if they are simply the coincidental hallucinations of addled minds similarly influenced by culture and expectation. Said another way: Do psychedelics reveal reality, or obscure it?

In pursuit of answers to such curiosities, psychedelic exploration, in both micro-doses and full-blown hallucination, is on the rise in our culture. As the sleeping giant that is American consumerism awakes to the intrigue of psychedelics, there are many parameters we must consider in order to ensure use that is responsible to personal safety, cultural precedent and sustainable practice.

In the next installment of Mind’s Horizon, we will examine these factors with more depth.

The Mind’s Horizon: The coming age of psychedelics

Bleeding in the brain. With holes. That’s what psilocybin would do. Marijuana would make you accidentally shoot your friends. LSD would make y…

The Mind’s Horizon III: Responsible use and the decriminalization of psychedelics

Lights came on to reveal bodies seated at desks, leaning on walls, crowded cross-legged at the feet of the speaker. Wherever they found a sliv…

Last month, voters in Denver succeeded in passing the nation’s first referendum on decriminalizing psilocybin. As of June 5, Oakland became the second. Photo by Alan Rockefeller

Patrick Pape is a jeweler and bodyworker. He lives in Sedona where he frequently micro-doses LSD. Photo by Sean Golightly