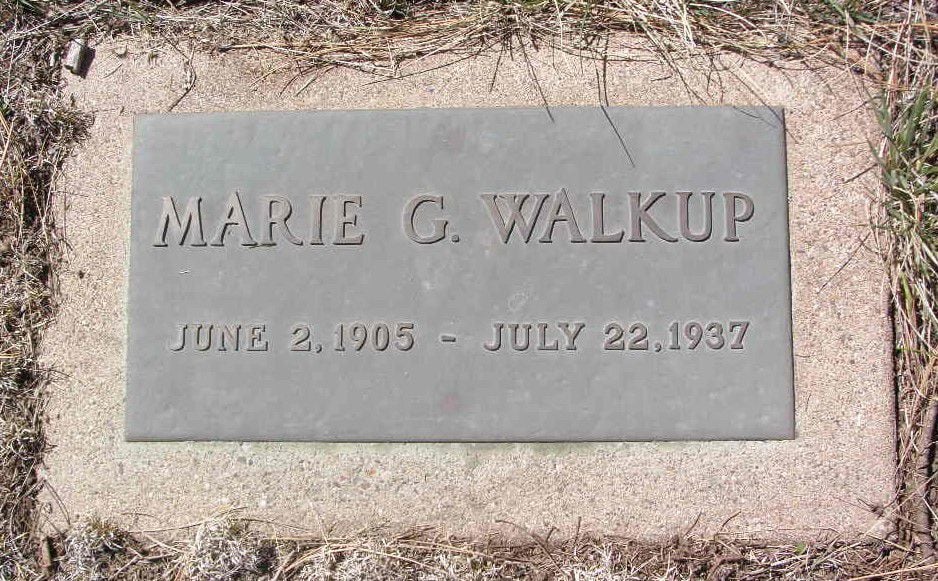 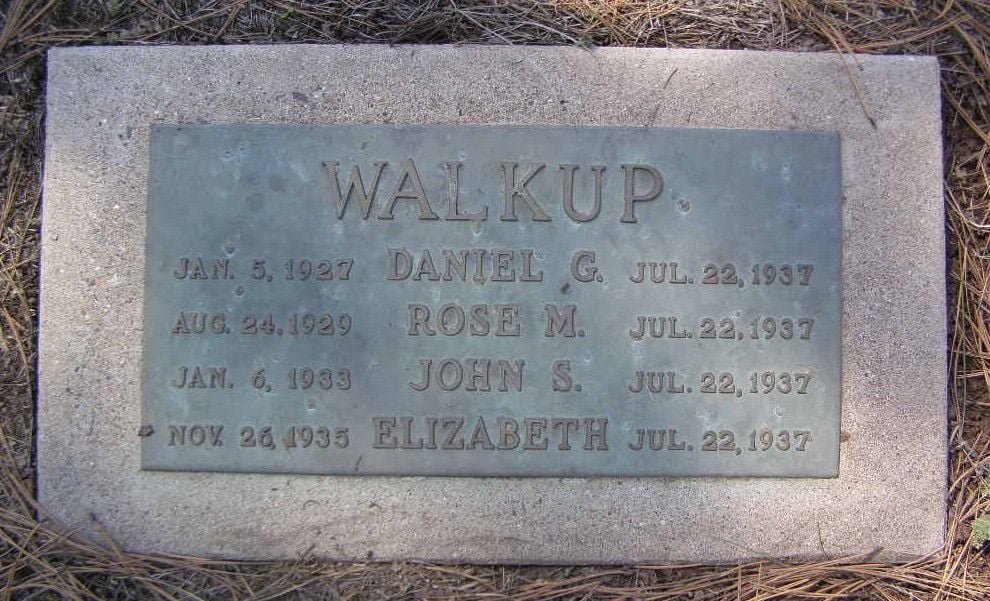 Editor's note: Keith Robinson is an alumnus of Northern Arizona University's Graduate College. This is an excerpt from a longer 15,000-word essay he wrote over the course of his final year in the program.

The inscription on Kenneth L. Johnson’s headstone reads: Just Restin’. I could see the granite engraving from my seat on the metallic black bench I was restin’ on. It is not my custom to linger in cemeteries like an angst-ridden teenager; I was spending a week at Flagstaff Citizen’s Cemetery for a writing project. The expansive grassy area before me was designated the Veterans’ Burial Section. I was grateful that my bench was situated in the fading sunlight because, on this afternoon in late March, scattered patches of snow still littered the ground. I was the lone cemetery visitor.

My surroundings felt tranquil, solemn. Headstones acted as memento mori, inducing contemplation. In the twilight, the clanging of chains against a nearby metal flagpole, where the stars and stripes were hoisted high, was difficult to miss. Untended foliage blocked my view of San Francisco Street, which borders FCC on its west side, half a mile from where I sat. Imposing ravens chirped and jostled one another while going about their avian business, indifferent to the human corpses underfoot.

I browsed the headstone inscriptions, some of which were morbidly fascinating. One last chance to address the world. Gregory “Old Man” Woolbright (1956-1987) opted for the vague He is Just Away. Martha Ann Gattis (1896-1972) is memorialized with the confident Not Dead But Glorified.

I got up, wandered down the unpaved path that passed for a cemetery street, and entered the southwest section of FCC, now in the chilly shade of large ponderosa pine trees. Brown needles crunched beneath my sneakers. I stepped off the designated path and began to zig-zag between graves, engaging with the headstones in a kind of low-speed slalom. I scanned inscriptions at random, trusting that the especially macabre would catch my eye. Many of the plots at FCC—like Kenneth Johnson’s—are in excellent condition, sporting shiny granite headstones and clean, clear inscriptions. The less fortunate graves have been exposed to the elements for too long. On some, the name and dates of the occupant are literally illegible. From dust to dust and all that.

I soon stumbled across an unassuming headstone like hundreds I had already seen:

A bunch of kids? Who all died on the same day? In 1937? I felt confused, then insatiably curious. Another 30 seconds passed before an indistinct sense of loss stole over me. Four kids, all 10 and under. It must have been some sort of tragic mishap. A horrific house fire, maybe? Or a fiery car crash? While posing for a picture, they all toppled into the Grand Canyon when the ledge they were standing on gave way? Something.

I mourned for strangers, four little strangers who died 40 years before I was born. Tragic. Feeling bewildered, I walked the perimeter of the plot, which I could now see contained another headstone at its west end. This second headstone was identical to the first in size, color and calligraphy. Whoever was buried there shared a plot with the Walkup children. I leaned in to make out the lettering:

This was peculiar. Marie Walkup died on the same day as her four young children? Of all the graves I had seen, this one more than any other cried out for a backstory. Whatever it was, some 80 years ago, something awful happened to the Walkup family. I loitered a few minutes, feeling unmoored. Yes, I was spending the week in the cemetery, but I hadn’t planned on an encounter with multiple dead children. I pulled my hoodie tighter against my torso as the wind picked up and late afternoon melted into dusk. Clouds passed between the earth and the sun. The ponderosa shadows grew longer. The cemetery would be closing shortly.

The truth about what happened to the Walkup family is more gruesome than I had initially imagined. On the night of Thursday, July 22, 1937, while her husband James was in Phoenix on a business trip, Marie Walkup, 32, sat alone at the family’s dining room table at their house at 601 North Leroux St. She had tucked her four children into bed, and the house was quiet. She had long worried about a possible intestinal ailment, and couldn’t shake the belief the children may contract the same pains. On that quiet night, Marie stood up and walked into the kitchen. She opened a drawer and pulled out an icepick. Without a sound she crossed the brown-tiled foyer and slipped into the downstairs bedroom where two of her children slept. She stabbed each child twice in the chest, the older Danny first, then Elizabeth. Then Marie climbed the stairs and used the icepick on Rose Marie and John Samuel as they, too, lay asleep in their beds. She strangled each child to ensure they were dead, first plugging their nostrils with cotton.

Marie walked to the linen closet and located fresh sheets. She also grabbed tiny laundered pajamas. She washed the blood off her lifeless children, dressed them in clean pajamas, put new sheets on their beds and tucked them back in. She stored the bloody linen behind the family’s fireplace grate then paused to look around and confirm that everything in the house was in proper order. Leaving the family home, she wrapped her nightgown around her and drove three miles out of town to a secluded golf course, parking just off the dirt road. The moon was full. It was nearing midnight. She grabbed James’s army rifle off the front seat as she climbed out of the car. She sat down on the ground near the rear tires, removing a slipper in the process. She carefully positioned the rifle so the butt faced away from her. Then Marie used her big toe to blow a massive hole through her chest.

The house at 601 North Leroux St. still stands. Visitors to FCC may still pay their respects at the graves of Marie and the four Walkup children. Marie’s original suicide notes are lost to history, but portions of her letter to James were preserved in The Coconino Sun: “Because of my lack of discipline,” Marie wrote, “the children are happier to go this way. Only grief would come to them.” Few newspaper accounts, though, detail the contents of the brief note Marie left on the front porch for the milkman: “No milk today,” it read.