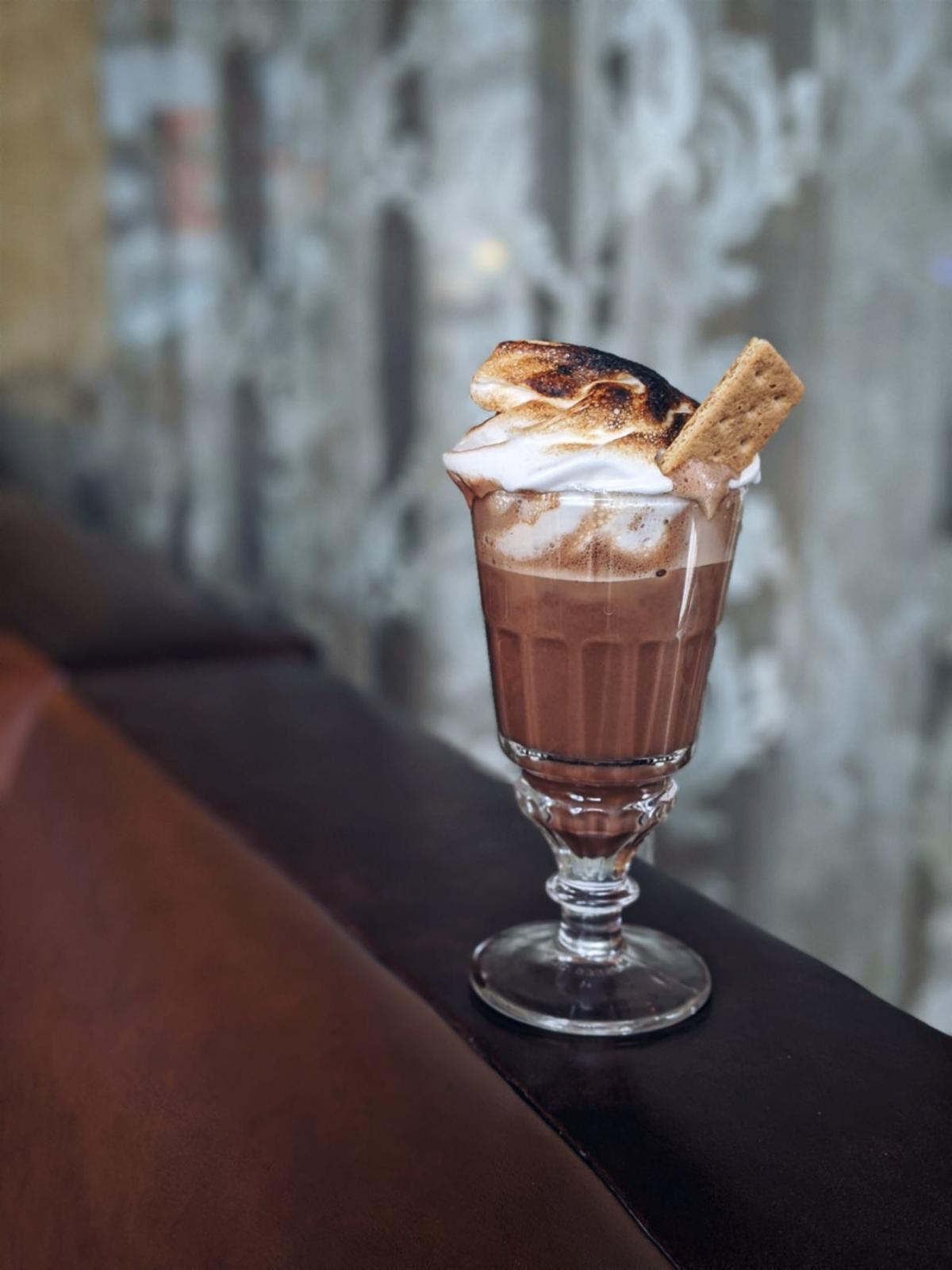 Slightly Toasted is made with graham cracker-infused bourbon. Photo by Ash Barela 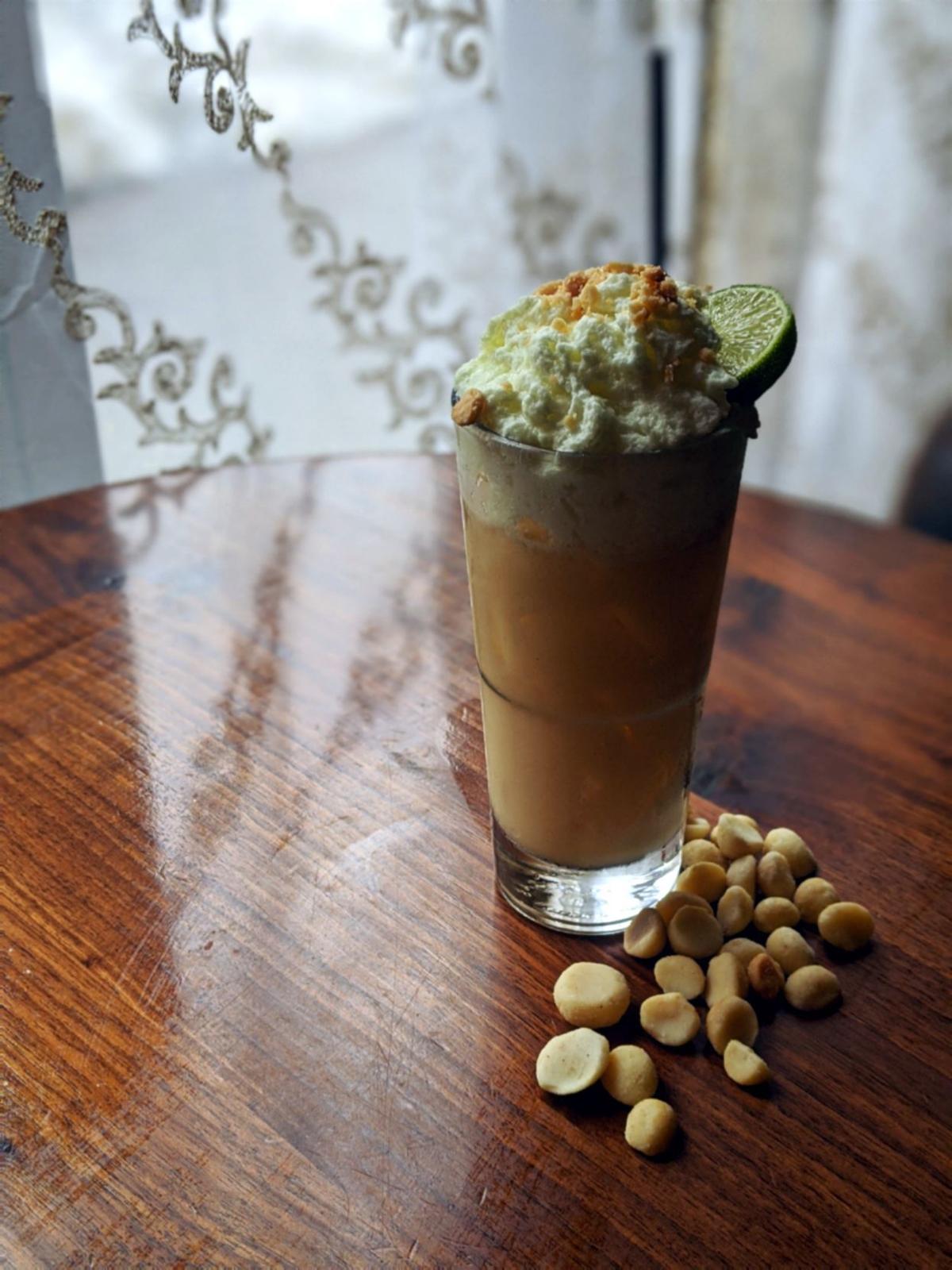 Every season has a certain palette, a range of colors, smells and tastes that keeps us in the moment and aware of our space in time. With regard to taste, summer is reminiscent of tropical, citrus flavors—cool and light. Winter is the opposite: cinnamon, nutmeg, chocolate—dark and heavy. All this is taken into consideration when Rendezvous crafts its annual winter menu, which debuted Wednesday, Dec. 11.

Patrick Carter, senior bar staff at Rendezvous, says this is his seventh and favorite winter menu he’s worked on.

“We always try to push the boundaries a little bit. A lot of craft cocktail bars focus on the classics and what we call a ‘Mr. Potato Head’ method where you take a classic cocktail and remove one thing like rye whiskey and substitute it for something more esoteric like aged rum. Whereas this bar, although we do occasionally do that, a lot of our cocktails are more concept-driven. They’re built from an idea and from scratch,” Carter says.

Sometimes he’ll work backward, coming up with a concept or a name before even considering what might go into the drink. But part of why this menu is Carter’s favorite is because it’s mostly been a cumulative effort between all the bartenders at Rendezvous. It’s a process that involves both art and science, something that “tickles my brain,” Carter says.

“Some people say that bartending is an art. I would say, by and large, what we do is a craft. Art is when you’re putting something brand new in the world that no one’s ever seen before. Craft is like if you’re a woodworker and you’re designing chairs. You don’t want to have a jazzy interpretation of chairs,” Carter says. “When I make a Manhattan at the beginning of the night and when I make the 50th one at the end of the night, I want them to taste exactly the same. That’s the craft of cocktail building. The creative part is what we’re doing now.”

What Rendezvous is doing now is incorporating different flavors while bringing back old favorites, but with a new twist.

Here are three of our favorites, but really you should try them all—at a reasonable pace, of course.

Sure, tiki drinks have a tropical connotation, but the Tiki Tina is nutty, strong and perfect on a warm winter day. Spiced rum, lime and maple and macadamia syrup are shaken with ice and then strained into a Collins glass.

Topped with a house-made coconut foam reminiscent of whipped cream, a lime wheel and macadamia crumbles, the end result is velvety smooth.

Graham cracker-infused bourbon—how did they do it? Interestingly enough, the crew at the ‘Vous used the sous-vide method, which cooks vacuum-sealed food items submerged in low-temperature water, to infused graham crackers with bourbon.

“We’re using really high techniques to make a really silly cocktail, which is what I think we’re all about,” Carter says.

Oat milk, honey and raw cocoa powder bring wintry flavors to the fore. A special house-made marshmallow cream on top is torched until golden. A little graham cracker square garnish sticks out like a flag pole atop a snowy, delicious mountain.

A drink like the Firefly seems rather uncomplicated, but that’s the way Carter prefers it. He thinks of flavors like a musical chord, too much and it’s incomprehensible. But just enough and it sings. The Firefly sings loud and clear, which is why it’s been a reoccurring winter drink.

Turmeric gin, lime, honey and black pepper bitters are shaken and strained into a coupe. Garnished with an orange ribbon, it’s as simple (and delicious) as it gets.

Slightly Toasted is made with graham cracker-infused bourbon. Photo by Ash Barela