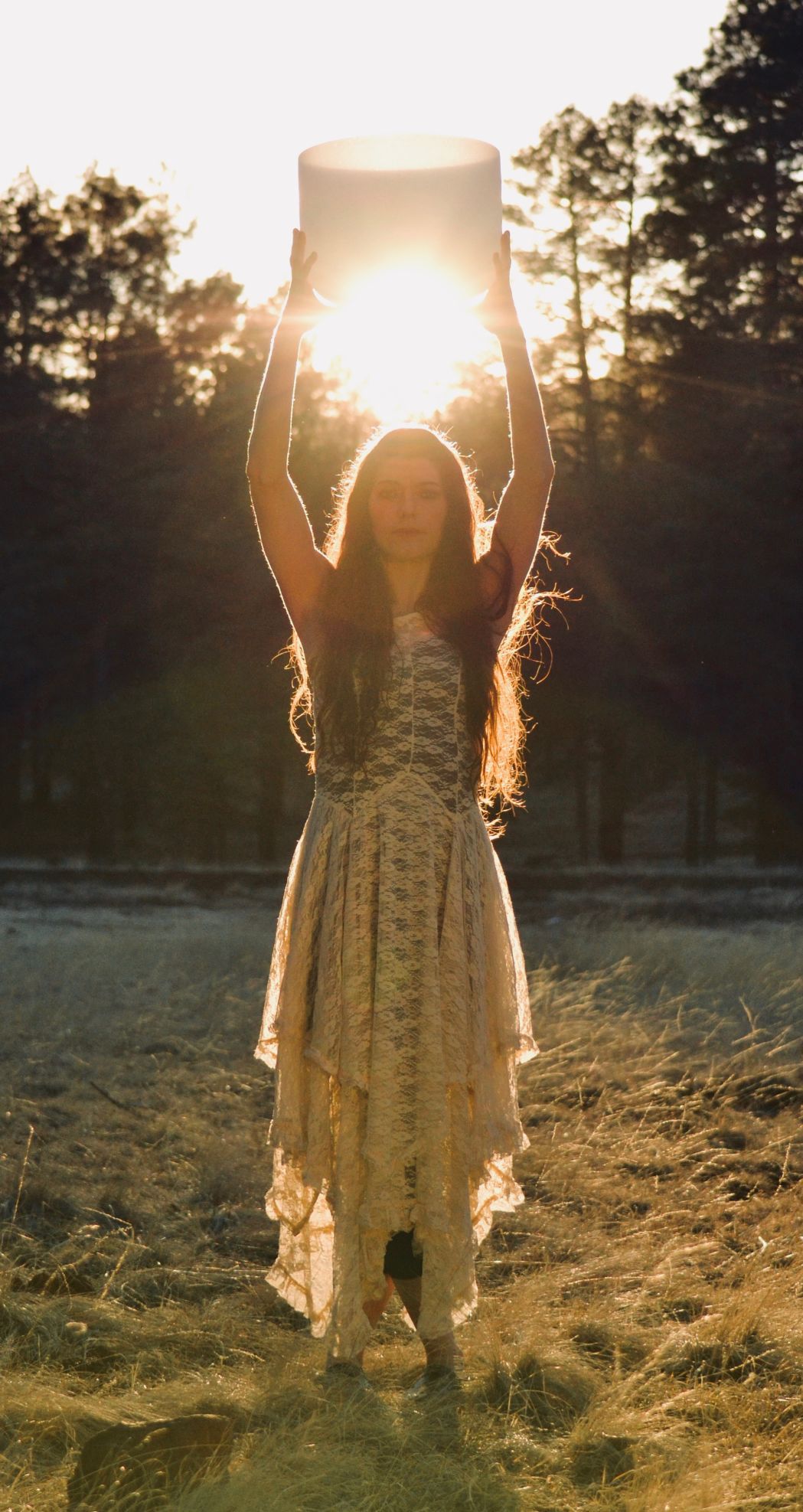 Candace Ryan and one of her crystal singing bowls. Courtesy photo 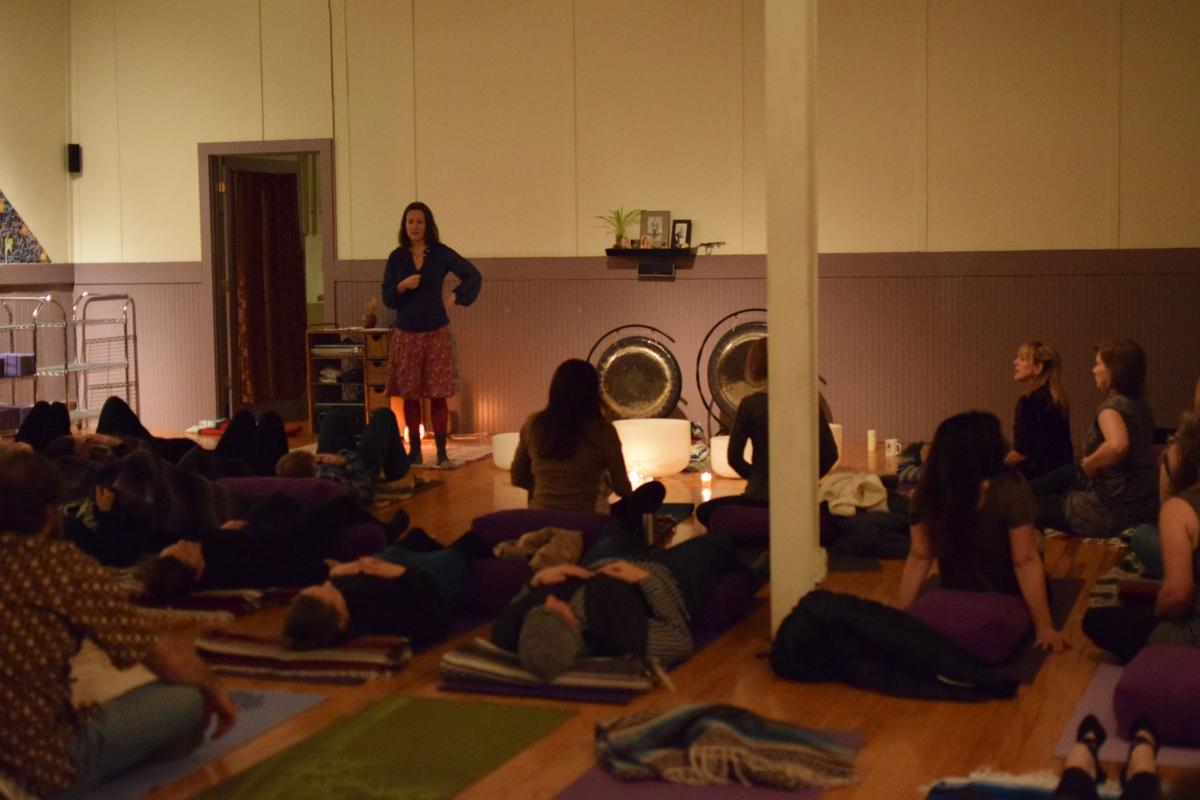 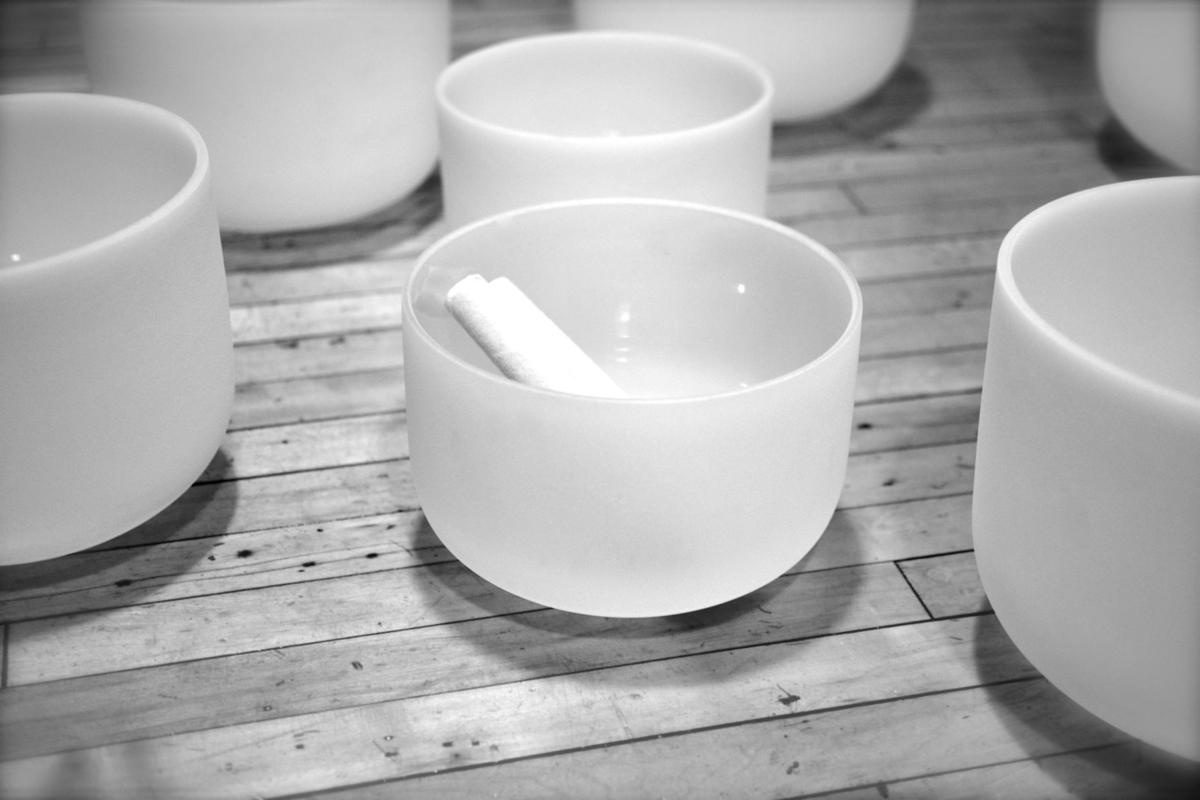 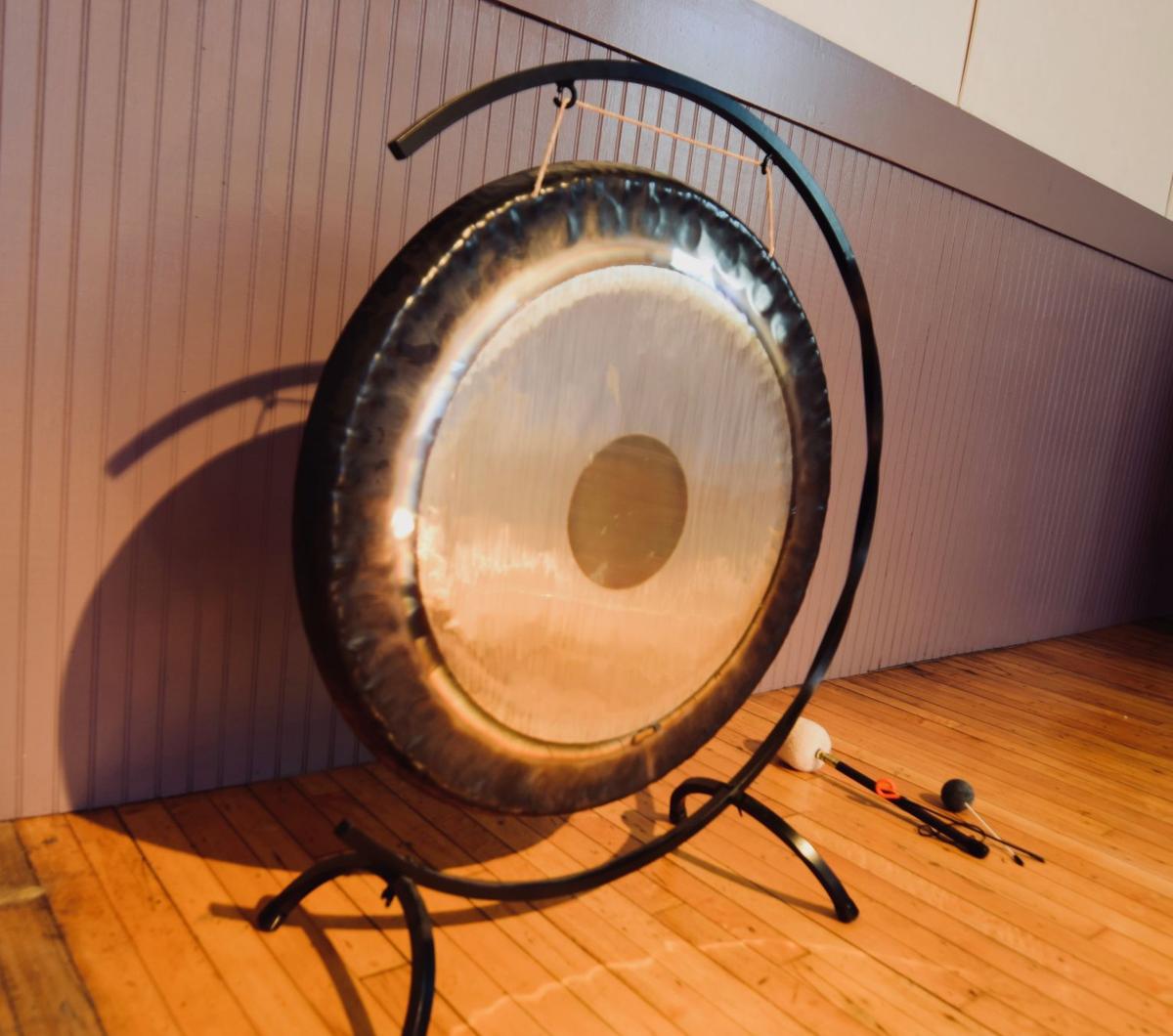 Breathe in slowly. As you exhale, empty your mind of all thoughts and focus on being present in your body. Don’t think about work or the many intricacies of your personal life. Simply relax for a moment.

Meditation and, through it, mindfulness are rising practices in today’s climate of constant stimulation where it can be difficult to let go of busy thoughts swirling around your mind. In national news, other Eastern healing techniques such as cupping and acupuncture are gradually making their way out of cultural shadows as people seek alternatives to what they’ve been taught in an attempt to find deeper meaning.

Candace Ryan and Pam Packard are working to bring a state of relaxation to Flagstaff through their sound baths and full moon ceremonies at the Northern Arizona Yoga Center.

“One reason why I’m so in love with the sound healing is you don't have to do anything,” Ryan says. “Just lie down and let the experiences you're meant to have in that hour happen.”

A session in Joshua Tree first opened her eyes to the possibilities of sound healing. Then, when her dad and step mom gifted her eight crystal singing bowls in 2012, she learned how to play them and then founded Soulstice to offer sound baths to other people with the hopes it would help them find enlightenment.

A typical session includes five to seven of the bowls which produce different pitches, as well as two gongs. Sound baths can also include other instruments like frame drums or a didgeridoo and even chanting, but Ryan prefers to remain within the realms of crystal and brass.

“I like to keep it as pure as possible,” she says.

During sound baths, participants are asked to lie or sit, whichever way is most comfortable, with their eyes closed as they let go of thoughts. The vibrations from the instruments can feel as though they are coming from every direction, penetrating through bones and washing away the stress of the day to replace it with light and bright feelings.

In 2015, Ryan and Packard came up with a way to add more depth to these sound therapy sessions. Packard, a Life-Cycle Celebrant ®, has been performing ceremonies to mark important times in her clients’ lives such as marriage, birth, healing after loss and more since 2010 through Mountain Song Ceremonies.

“It’s just a complementary fit,” she says of combining their two specialties. “After people have set their intention they can kind of let it settle in through the crystal singing bowls.”

Her ceremonies mark sacred space through appropriate and significant words, symbols and sometimes talismans. In one ceremony, she explains that she gave participants a rock to hold up as they read through a list of things that upset them and that they wanted to get rid of. The longer they held up the rocks and directed those negative thoughts toward it, the heavier it got until they eventually put it down and, with it, that energy.

“Ceremony goes back for humans, way back, but we’ve lost touch of that,” says Ryan.

“People are hungry to have a meaningful and personal experience to mark time,” Packard adds.

Packard has received three certifications in conducting ceremonies for couples, for healing and for the various stages across the life cycle from The Celebrant Institute & Foundation, a non-profit organization that trains students in the art of ritual. She describes her enrollment as a divinity-inspired event.

“I was asking the universe how I could have a more meaningful life and I was directed to open up my health and spirituality magazine, and saw an ad for the Celebrant Institute & Foundation,” she says. “Everything fell into place. It was definitely a calling to me.”

Ryan and Packard say that many of their first-time attendees and regulars comment about how it’s easier for them to fall asleep after the ceremonies or how the ceremony simply quieted their minds for a moment.

It all relates back to a quote by Joseph Campbell, a mythologist and writer, which is shared on the Celebrant Institute’s website: “We must let go of the life we have planned, so as to accept the one that is waiting for us.” Packard and Ryan hope their meditation and ceremonies can provide attendees with a path to acceptance in this hectic world.

“This is a place to come together as a community of people,” Ryan says. “Politics don’t matter, income doesn’t matter, race doesn't matter, just positivity.”

Visit www.soulsticelife.com or find Soulstice on Facebook for updates about their next event.

This is the sixth in an ongoing series exploring the lives of artists and community organizers during the coronavirus pandemic. If you know of…

This is the seventh in an ongoing series exploring the lives of artists and community organizers during the coronavirus pandemic. If you know …

Candace Ryan and one of her crystal singing bowls. Courtesy photo