There is no question that art, literature, and music is everywhere in Flagstaff; from the sides of buildings to museums to art galleries to coffee shops, art paints this town in bright, vivid colors. Sonder Magazine hopes to share that with the world.

Sonder describes itself as “a youth artist collective based in Flagstaff, Arizona with a focus on the true-life stories that fabricate our fiction”

Writers, editors and recent Northern Arizona University graduates Micaela Merryman and Cam Cave are among some of the staff who put together this zine.

Zines – short for magazines – are DIY-style magazines often distributed independently of large presses and cover topics and material that are historically underrepresented or unconventional in mainstream magazines. These magazines have a long history of offering others access to information, art and writing that may not have been accepted by commercial magazines.

Prior to the start of the 2020 pandemic, Merryman and others in NAU's English Honor Society began work on a digital undergraduate magazine following the closure of the former undergraduate magazine, The Tunnels. As the pandemic posed problems for many, Merryman became inspired by the people around her continuing to create art. She also encountered zines for the first time.

“I had all this really cool material just sitting on this website for the school and they didn’t really care about it. So I just kind of stole it back and got some of my friends to re-edit the submissions we had for the first issue,” Merryman said. “Then I solicited a bunch of visual submissions for the first issue and, ever since then, we just kind of rolled with that kind of process.”

With a team of rotating 10 to 15 people, Merryman and Cave continue both the print and digital magazine. Sonder features an array of artists and writers from both locally and across the country. Their inbox is open to all types of work, both visual and written. With a volunteer team of students, artists and writers, the magazine’s first issue took roughly a year to create due to the fluctuating time between part-time jobs, school work and personal lives.

“Our personal lives enrich so much of our creative work, but it also can keep us from wanting to do anything," Merryman said. "So we've gone in and out trying to figure out a balance between creating and actually working.”

During the first year, Merryman, Cave and the team devoted time to learning how to price, distribute, order and deliver their work. Sonder's second issue was released in April with a production time of a little less than a year. The issue includes many visuals and art from Flagstaff and the Sonder staff.

Merryman called it a big success for the zine and Cave agreed.

“We take the mundane and make them shine,” Cave said. “Self-publishing is the future. There’s a reader for every writer. You don’t have to fit the narrow box of big publishers. It’s really cool to exist outside of that and have people that want to contribute to that.”

“Sonder gives visibility to art forms or styles that may not get coverage in a mainstream magazine," Merryman echoed. "No one gets to have a say what’s in it but us. Independent publishing is giving power back to the people and I hope we can be a part of that.”

Sonder began as a place of collaboration, expanding beyond the talented team of writers and artists working to produce it to serve the community where it began. The zine relies upon submissions from writers and artists around the country and has turned to Flagstaff for most of the work in their most recent issue, which was celebrated at a new poetry series, Off the Rails Poetry Series at Late for the Train in conjunction with the Northern Arizona Book Festival in April.

“We’re just trying to create a platform for artists and Flagstaff and other artists and small towns to have a platform to be published and collaborate with one another,” Merryman saiid. “Flagstaff is small and interconnected with such unique people and I feel like there's a little bit of that need here for collaboration.”

“We're trying to connect the community and put some good art out there,” added Cave. “I just hope for a wider network, growing more connections and collaborating more with local spaces, like Liminal. There are such cool people and artwork being produced.”

Sonder Magazine can be found locally at Bright Side Bookshop and Liminal, as well as online at SonderMagazine.com where you can find digital exclusives such as interviews with the poet laureate of San Francisco, local bands, filmmakers, visual artists and more. They are currently seeking submissions for their next issue.

FlagShakes invites you to watch ‘The Comedy of Errors’ this October

The Flagstaff Shakespeare Festival (FlagShakes) will be producing Shakespeare’s “The Comedy of Errors” during its upcoming fall season. The pr…

The Great Unknown: The Museum of Northern Arizona unveils a new exhibit that examines the mysteries of Glen Canyon

At the Museum of Northern Arizona (MNAZ), visitors can travel through time in “The Great Unknown” exhibit, which tells the story of the ever-c…

“Is this real art, if there is no human maker?” 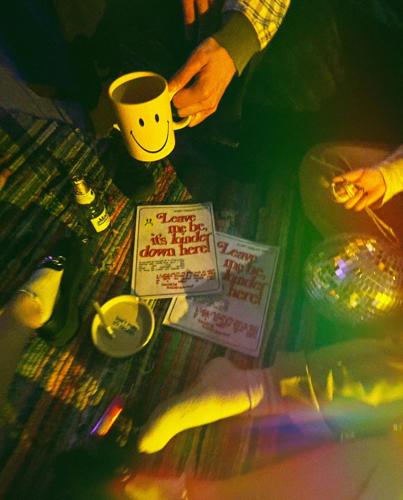 Sonder describes itself as “a youth artist collective based in Flagstaff, Arizona with a focus on the true-life stories that fabricate our fiction." 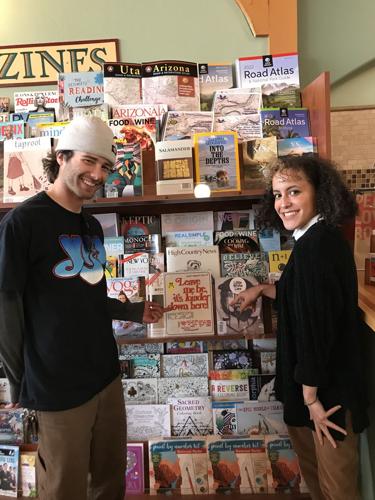 Micaela Merryman and Cam Cave pose with the lastest issue of Sonder Magazine.