Subscribe
Read Today's E-Edition
Share This
A menu of venues: Check out some of our favorite places to experience live music and art
0 Comments
Share this
1 of 5 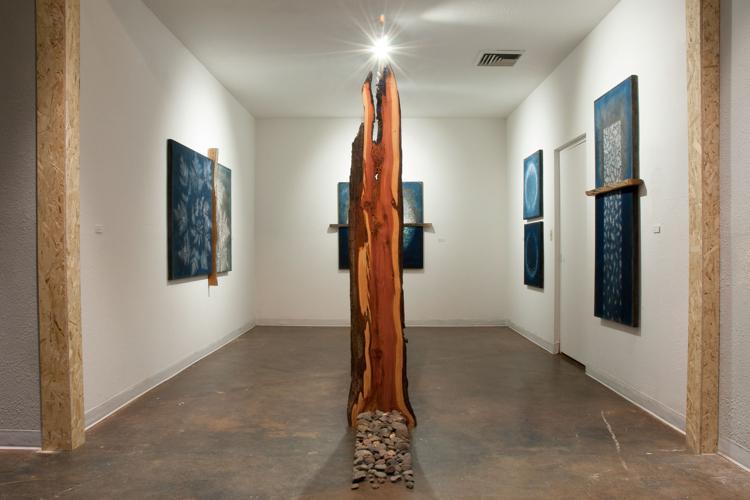 "Watershed" Exhibition at Coconino Center for the Arts. 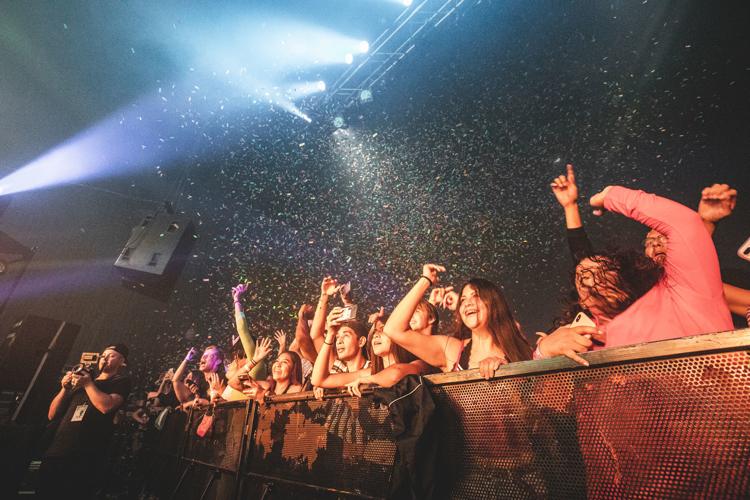 Attendees of the Loud Luxury concert held at The Orpheum Theater were showered in confetti following the Canadian-based duo’s hit song “Body.” 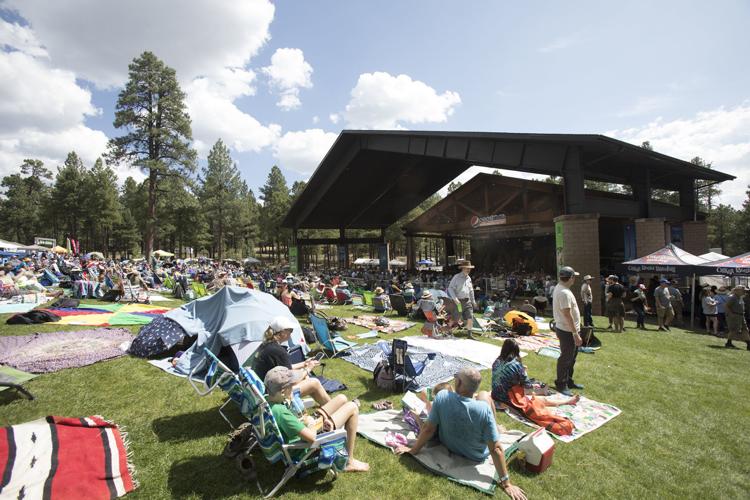 The Pepsi Amphitheater hosts the annual Pickin’ In The Pines Music Festival every Fall. 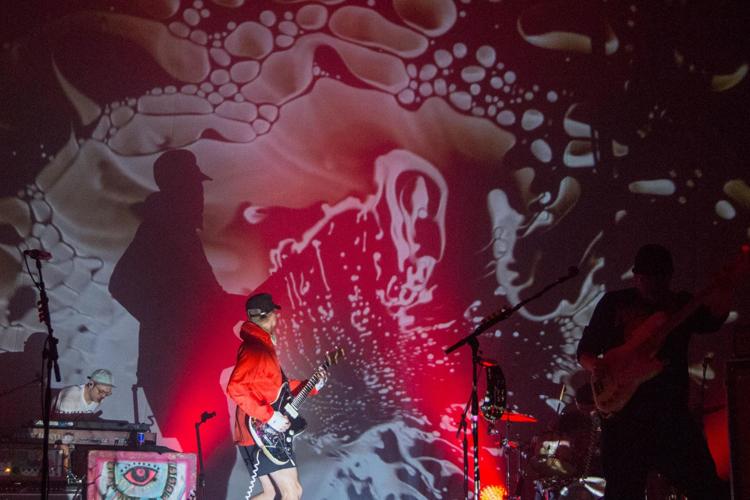 Venues are elemental to a community’s culture, yet they are often overlooked.

The acts and exhibitions themselves tend to overpower and distract from the venues that host them, and in a way, that’s a good thing. Venues are supposed to be a vessel for performers and artists, quietly echoing the voice of their work to those experiencing it, and despite what you may think, this job can be very tough.

So, we’ve decided to list a couple of our favorite venues both on and off campus that, we think, do a great job at this. Flagstaff has one of the most dynamic art scenes in the United States, so please know that this is not a comprehensive list. But, it can help you get started before broadening your horizons to even more of Flagstaff’s classic and lesser-known venues.

Ardrey Memorial Auditorium, the largest indoor performance venue in northern Arizona, has frequently proven itself to be one of the most adept at blending NAU’s fine arts with performances from renowned artists from all around the world. Stephanne LHommedieu, the manager of public events for the NAU Auditoria, said, “Ardrey Auditorium is the primary performance venue for Kitt School of Music’s large ensembles–choirs, bands, orchestras–Flagstaff Symphony Orchestra, as well as Music & Science Festivals and an Opera production in the Spring semester.”

On top of being a go-to venue for NAU’s School of Music, Ardrey also showcases many of the performances from the Theater Department and from local, national and international artists. In the past, they have hosted acts as big as Billy Joel, Jerry Seinfeld and Willie Nelson, but the most important events that Ardrey hosts are organized and performed by local artists. In the end, the Ardrey Auditorium plays a key role in sustaining and building upon Flagstaff’s rich artistic and cultural experience.

To find upcoming events at Ardrey, visit NAU’s event calendar or check them out on Facebook at NAU Ardrey Memorial Auditorium.

Coconino Center for the Arts

Classifying a venue as a center for the arts can be a tough thing because every venue can stretch and mold their stage to the likes of the performer, but in the case of the Coconino Center for the Arts, that title is well-earned. Located off Fort Valley Road behind the Pioneer Museum and Arizona Historical Society, this venue hosts a wide variety of events from live music to art exhibitions to workshops. Their flexibility is founded on their mission to create an environment that fosters an “engaged, equitable and imaginative community.”

Since students are fundamental to the artistic and cultural growth of this community, Coconino Center for the Arts offers an individual membership that costs $25/year. With this, you would receive free admission to galleries, invitation to members-only events and discounted pricing to all Creative Flagstaff events, including the Viola Awards.

The Coconino Center for the Arts is central to the vibrant creative culture of Flagstaff and the greater northern Arizona community, and if you want to be a part of it, check out their website at ccaflagstaff.org and keep an eye on the exhibitions and events calendar. You can also follow them on Facebook or Instagram @ccaflagstaff.

For more than 100 years, the Orpheum Theater has made a name for itself as a bastion for the performing and cinematic arts, hosting some of the biggest names in the entertainment business, and coming off their recent Best of Flag win, they don’t have any plans on changing course. Instead, they hope to expand their horizons for community members both young and old. “We’re an all ages venue,” Charles Smith, the owner of the Orpheum, said. “We host student groups including fraternities and sororities, and we even offer student discounts.” Smith said that the venue is always striving to offer shows that appeal to everyone. Some upcoming events that he highlighted as examples of this were the Tracy Byrd concert, the Rocky Horror Picture Show and a few other big-name performances that are–at the time of writing this–secret.

At any rate, the Orpheum is undeniable in its stature as a performance venue but remains charmingly local in all other respects. As such, Smith offered a quick word of advice to incoming students. He said, “Get off campus and explore all that downtown Flagstaff has to offer, and while you’re at it, keep the Orpheum in mind.”

Tucked away in the tall ponderosa pines surrounding Fort Tuthill Park is the Pepsi Amphitheater. The largest of Flagstaff’s performing arts venues with 600 reserved seats and room for 2,000 more in general admission, the Pepsi Amphitheater is a must for anyone who loves music. Over the years, they have played host to a diverse lineup of performers from all over the world including 311, the Eagles’ Don Felder, Stephen Marley, Michael Franti and the Spearhead and many more. Though they are only open during the warmer months of the year, the Pepsi Amphitheater boasts a reputation as being one of the best places to check out a show in northern Arizona.

When it comes to on-campus venues, there are few as important to the student experience as the Prochnow Auditorium. Ideally located next to the 1899 Bar and Grill on North Campus, this venue hosts a wide variety of student-oriented events that often sell out in minutes. “We partner with Northern Arizona University’s student union activities group, SUN Entertainment, to set up fun and exciting events for the students,” Sam Manning, the student manager at Prochnow, said. “We have had big-name artists such as Wallows, Surfaces and Grammy-nominated Japanese Breakfast last school year.” But, the stage doesn’t just host award-winning musicians.

Every Thursday and Friday night, Prochnow hosts movie nights with drinks and free popcorn available to all students, and if you’re a part of a club or involved in Greek life, you can use the space for a variety of events. “Locals are also able to purchase tickets to events like our concerts, aerial silks performances and comedy shows,” Manning said. “While the majority of our services are catered to students, we do have opportunities for the local community to attend some of our events or rent out our space.”

To find upcoming events and learn more about Prochnow and Sun Entertainment, check out the NAU Central ticketing office website or their Instagram and Facebook @sunentertainment.

The Rehabilitation Hospital of Northern Arizona (RHNA) will be installing a painting donated to them by former patient, Baje Whitethorne Sr., …

“Not many five-year-olds get to dance with the symphony”: The Nutcracker is back

Since its premiere in 1892 in St. Petersburg, Russia, The Nutcracker has been a classic yearly tradition. Although it was not a huge hit in Ru…

"Watershed" Exhibition at Coconino Center for the Arts.

Attendees of the Loud Luxury concert held at The Orpheum Theater were showered in confetti following the Canadian-based duo’s hit song “Body.”

The Pepsi Amphitheater hosts the annual Pickin’ In The Pines Music Festival every Fall.