The fourth, the fifth, the minor fall and the major lift

As we sang the words to Leonard Cohen’s song together, driving down the windy Snow Bowl Road, the aspens stretched their arms into the golden grand finale of fall in Flagstaff. I knew this was a moment that really counted.

Though life for cherished local watercolor artist Greg Hill has often been a frightening walk through the woods of the mind, this past year has taken the cake. On top of the global pandemic and general uncertainty this world has been facing, Hill has been bravely confronting the harrowing disorder known as dementia. Once a master of detail and realism, dementia has taken a toll not only on his cognitive function and daily life, but his art. The capacity for larger paintings has begun to wane and not for lack of talent but an inevitable part of the decline of this devastating disease. Despite this, his family says his paintings are more colorful and expressive than ever.

While sitting together in pews that line the earthen floor of The Chapel of The Holy Dove, Hill began telling me his story. I have had the privilege of spending time with him recently and was amazed to hear about his life. While driving up the San Francisco Peaks and discussing the weirdness of the mind, that brilliant gold (unique to northern Arizona) would reveal itself lining the curves of our mountain road. With every peek of color, the sound of awe swept through the car as we marveled at the beauty painted by God herself, the beauty Hill translates in his own paintings.

With careful attention to how his subject breathes and is touched by the light, his brush strokes emanate the wonder within. He honors what heals him by preserving that moment of exaltation. The petals and leaves will inevitably fall but become forever retrievable when he captures the moment of glory that heals a hurting soul.

Early in life Hill was criticized for his interest in art. A peer commented once that choosing an art class over playing football was “sissy.” These words made an impression upon the young boy who held a bright artistic flame within and they left quite a mark. It took him 32 years to return to the craft he is known for now—time he often feels was lost. During an age when people’s general regard for what it meant to be masculine was much different, he had to find other forms of artistic expression that were more socially acceptable, like leather making and drumming, which he still does to this day. Yet the initial hurt of those words took time to transform into the dedication for painting he displayed later in life.

Hill spent his childhood in Roswell, New Mexico, until he departed for college in Las Cruces where he studied engineering. He was active in school growing up as valedictorian and captain of the basketball team. To his surprise, he found himself recalling those titles after a run-in with the Santa Fe police in his early 20s.

“How could someone like me end up in jail for being a harm to myself and others?” Hill wondered. This question was the beginning of a lifetime searching for answers and waiting for a roaring train to pass, that never would.

The mind of an artist is a relentless creature that never sleeps, refusing to wait for convenient moments to appear. The same can be said of mental illness.

After this short stint in jail following his first manic episode, Hill was diagnosed with bipolar disorder. He remembers the time he cried out alone in his room, “Lord, why me? Why is this happening?” not knowing at the time that it would mark the beginning of a lifelong journey navigating the waves of mental illness.

It's not a cry that you hear at night

It's not somebody who's seen the light

It's a cold and it's a broken Hallelujah…

Imagine for a moment your worst day, the chaos within your body and the feeling of holding on for dear life as you wait out the storm. For those who live with bipolar disorder, dementia or any kind of mental illness, it is a waiting room that can never be left, where sometimes the only thing to hold onto is a paintbrush. For Hill, a lifeline.

After finishing graduate school, Hill attended martial arts classes in a Santa Fe dojo, where he met his wife Mo Russell. He jokingly confessed, “I had a chance with her because none of the other guys had jobs. She kinda liked that I did.” The two were married in 1982 and later welcomed sons Jesse and Josh into the world. Mo’s undying support for his artistry has been essential to Hill’s success. From helping to haul equipment to craft shows to supporting him through the waves of mental illness, Mo said she feels that while “making art is messy, it’s important to honor the artist, even the manic one.”

During the early years of family life, Hill worked in engineering but always made time to give back to his community. As an International Literacy Volunteer, he tutored Saudi Arabian youth and served on a governor-appointed board advocating for mentally ill people in treatment, demonstrating a passion for understanding the human condition and helping others get through life. Having been through the wringer himself, it would seem part of how he heals is by helping pave the path for others to walk instead of getting lost. After moving to Arizona for work, the Hill family landed in Flagstaff where Greg and Mo still reside today.

After decades of succumbing to external pressures not to paint, Hill picked up his brush and palette in 1990 and started the march to artistic freedom. While his children attended grade school, he was finally giving life to that which had called on him since childhood. In 2005 Hill retired from doing pipeline safety work at El Paso Natural Gas to pursue his love of painting. Although long a promising talent, he still faced the challenge of finding that place where one can say, It’s good enough, I did enough. I am enough, a balancing act for even the most proficient of artists, an exercise in holding on and letting go. For a man who has struggled greatly behind the scenes, has overcome the depths of pain and is willing to share that truth with the rest of us, many who know the artist would agree he is more than enough.

Greg Hill’s numerous works of art are on display at The Artist’s Gallery, 17 N. San Francisco St, where he has been showcasing his paintings for the past 17 years, some of which were created after this year’s dementia diagnosis. Visit www.theflagstaffartistsgallery.com for more information.

Known for his bright and colorful paintings of flowers, an image of an iris won Hill the Member’s Choice Award from Northern Arizona’s Watercolor Society in 2015. He has always had a spiritual connection with nature. He describes the red-tailed hawk as one of his “power animals,” along with the polar bear, which elicited one of his most remarkable and repeated paintings. His youngest son Josh, who has pursued art himself, gives credit to his dad for having the courage to follow his own passions.

When discussing Hill’s art, Josh exclaimed, “My dad is the polar bear.”

A wandering polar bear is elusive, unique, mighty, adaptable, powerful. Hill often carries a cherished bear claw in his “trusty palm” as he says, to absorb the strength it holds within. The simplicity of his art is that by honoring what he loves, he gives us a glimpse into the moments that saved him.

Through the years, much time was spent learning his art under skilled painters such as Charles Reid, a world-renowned master of watercolor. Dear friend and artistic mentor Roberta Rogers shared that, “as a student, Hill was focused and willing to learn. He is a gentleman and a scholar who is passionate and grounded in his profession.” Beyond the innate talent he possesses, the vibrant color used in his paintings is what she found most stunning, as do many other admirers of his work.

While making his own art, Hill has also thrived in Flagstaff as a teacher, mentor, supporter and true explorer of art. From instructing art classes at CCC to teaching inmates literacy at our local jail and appearing as a recurring pop-up artist at Flagstaff’s Art in The Park, Hill has seemingly done it all. He even squeezed in time to join a Spanish feminist book club for a decade—as the only male member.

Another hobby has been Indigenous drumming, which he and Mo have enjoyed since the ‘80s. These days, passersby can likely find Hill hanging out at Buffalo Park with the local Brazilian drumming group, Sambataque. The multifaceted artist has been an invaluable member to this community, and his love of life and learning has been as vivid as his paints.

Ryan Allison grew up surrounded by country music, by old vinyl records, by the influence of his brother, a DJ who organized still-legendary sh…

Quarantine in 18 breads: Katie King’s ‘Bread Poems’ an exercise in comfort and creativity

In the early days of the COVID-19 pandemic, many scrambled to find routine following abrupt cancellations of arts events and the temporary end… 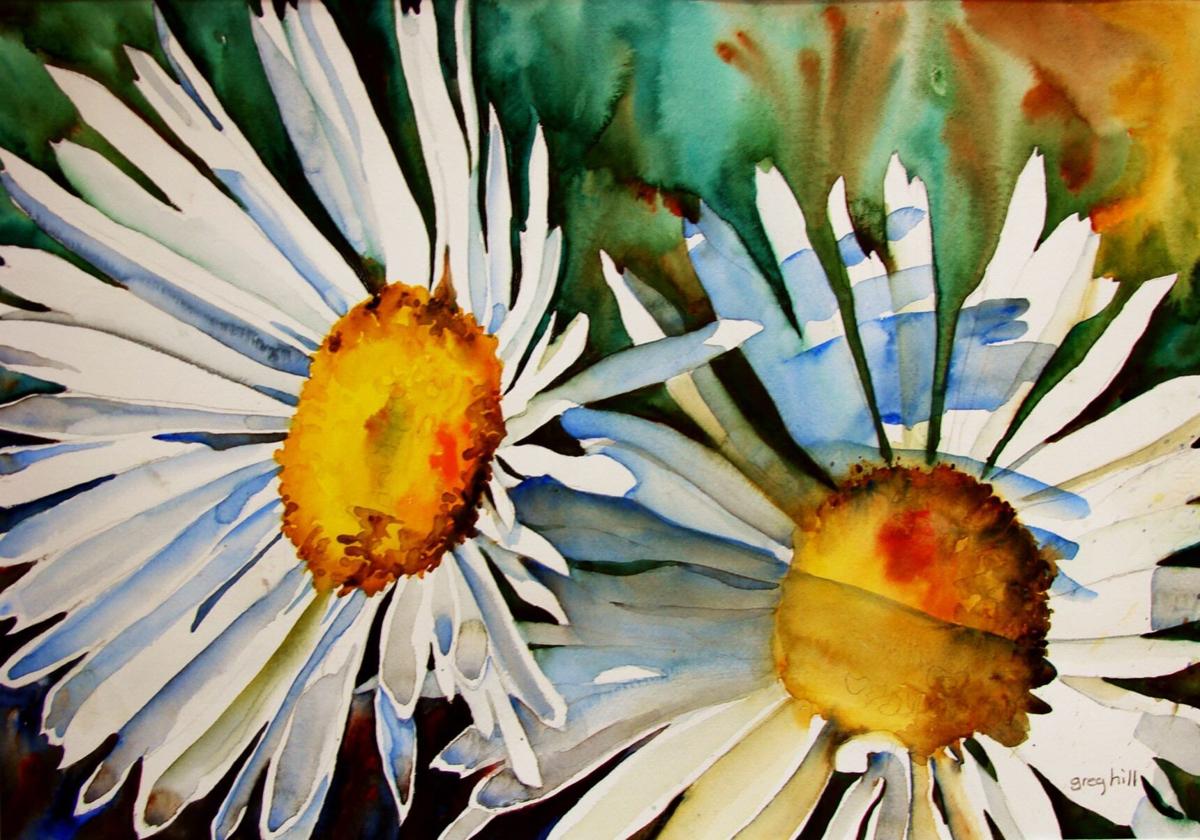 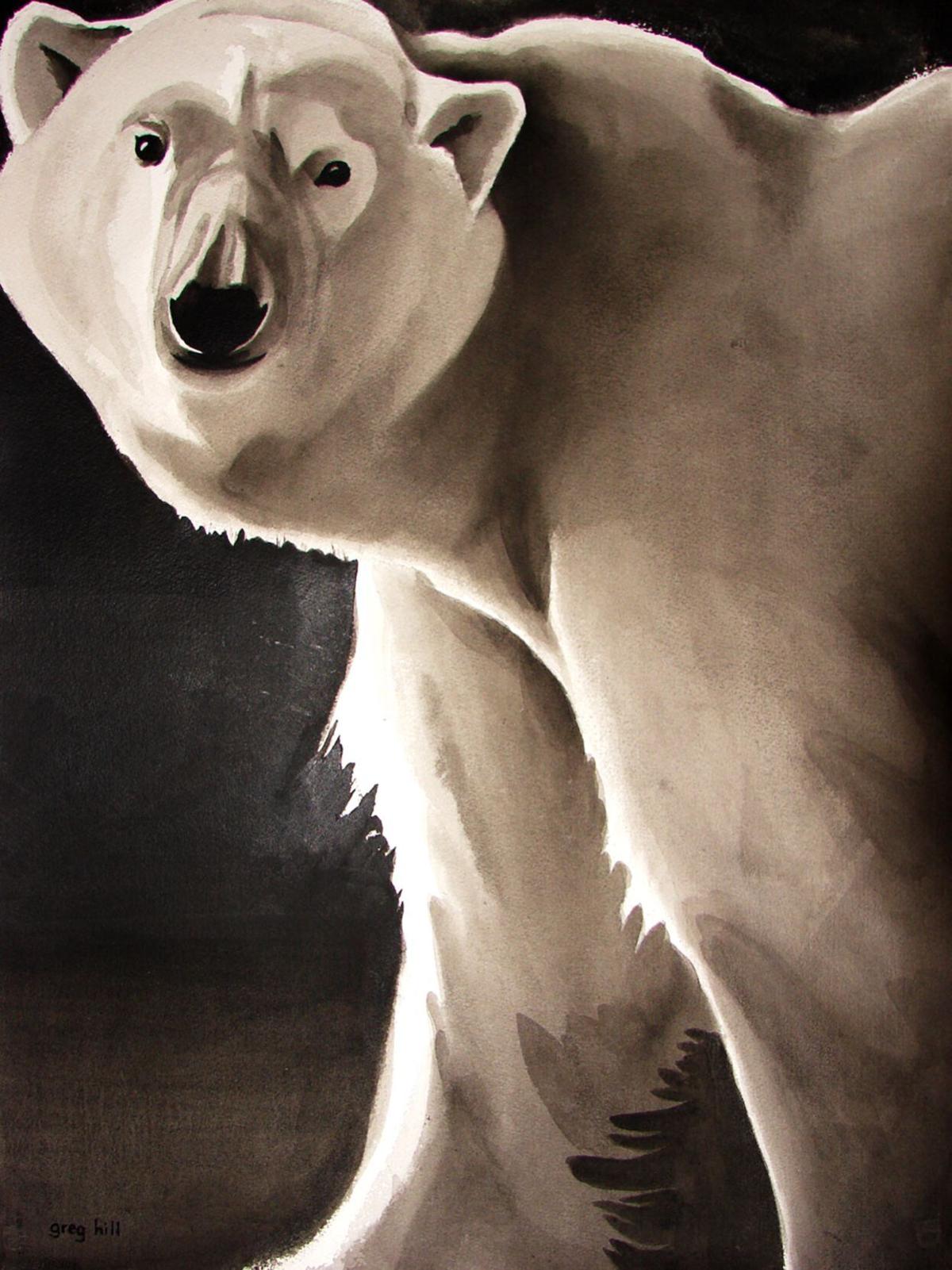 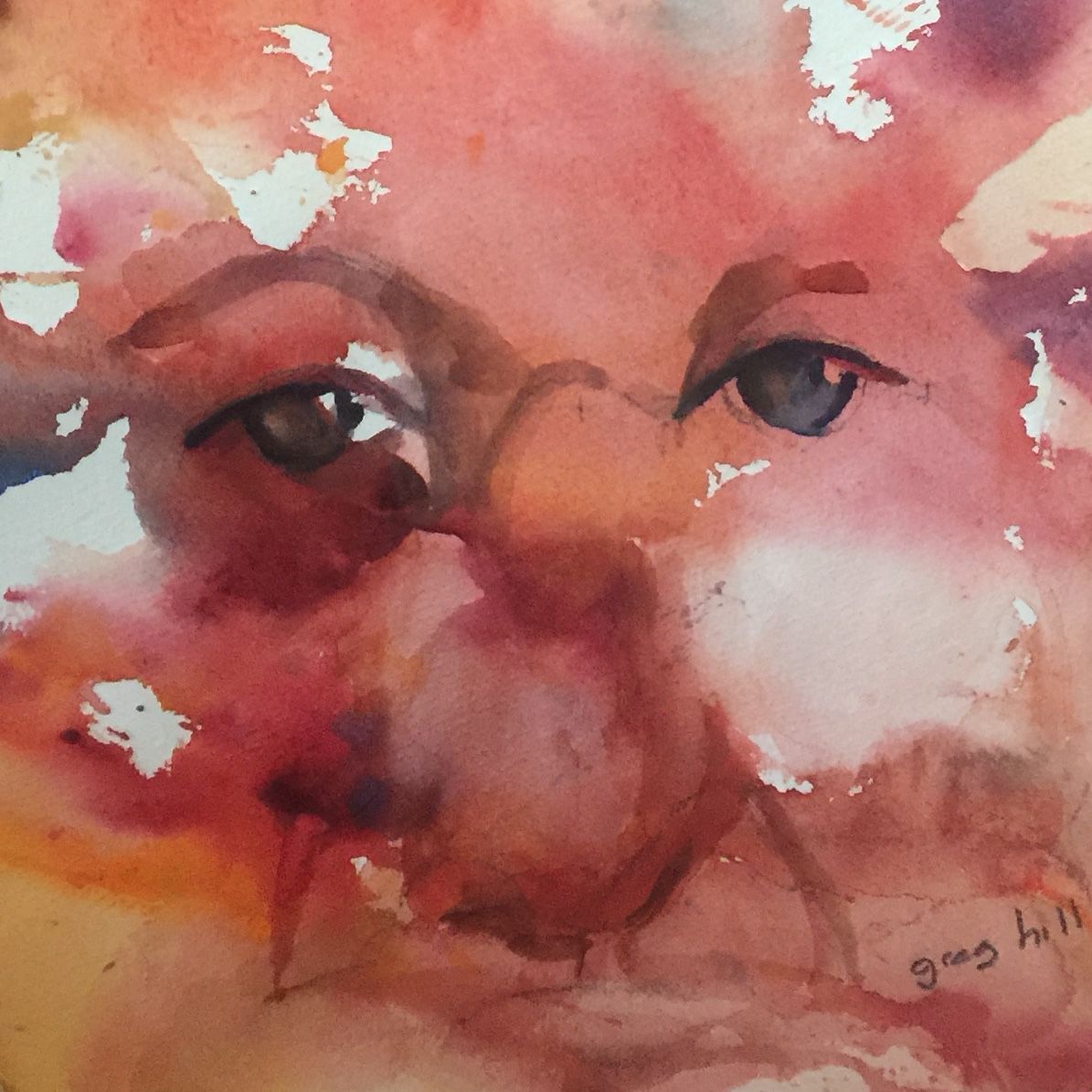 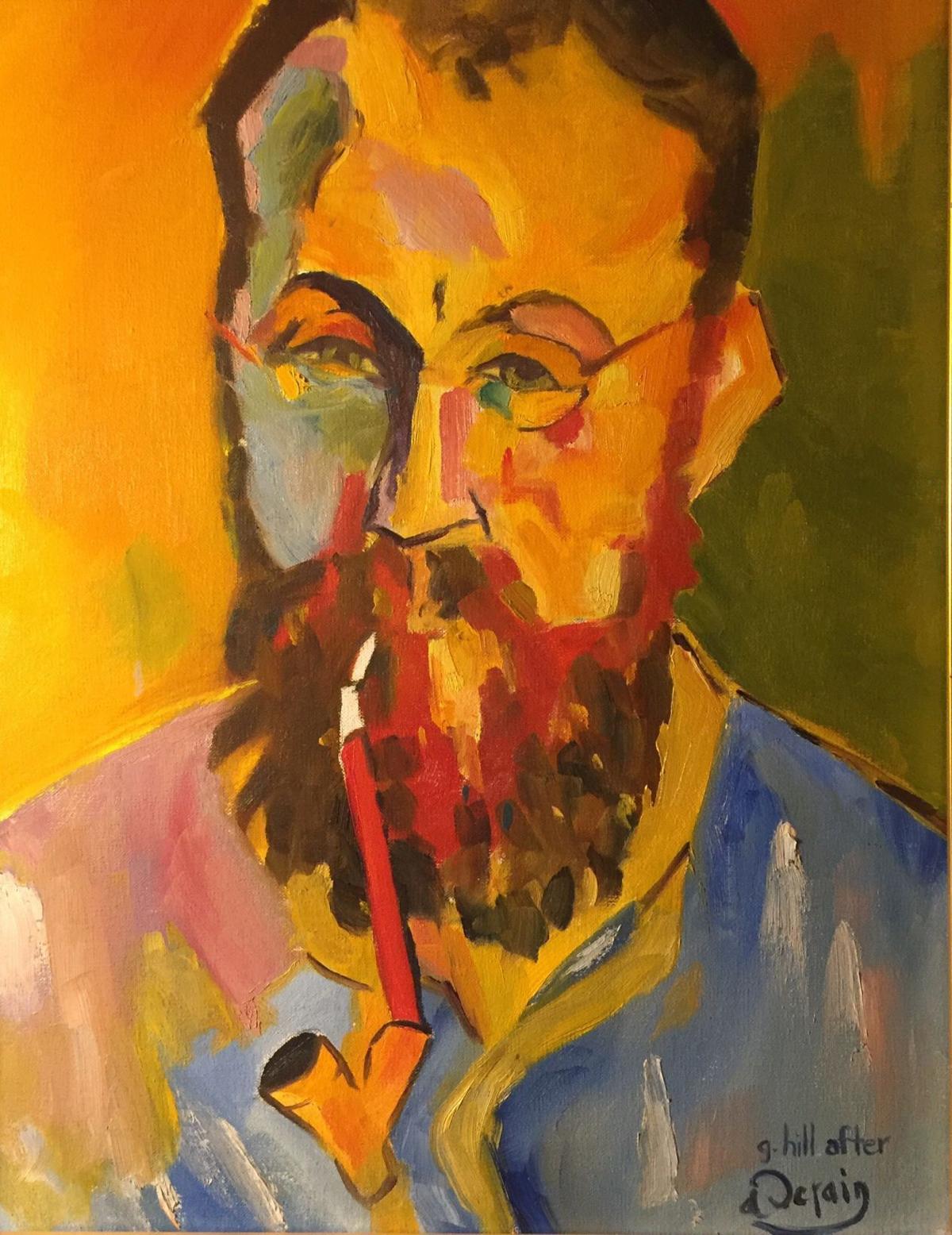 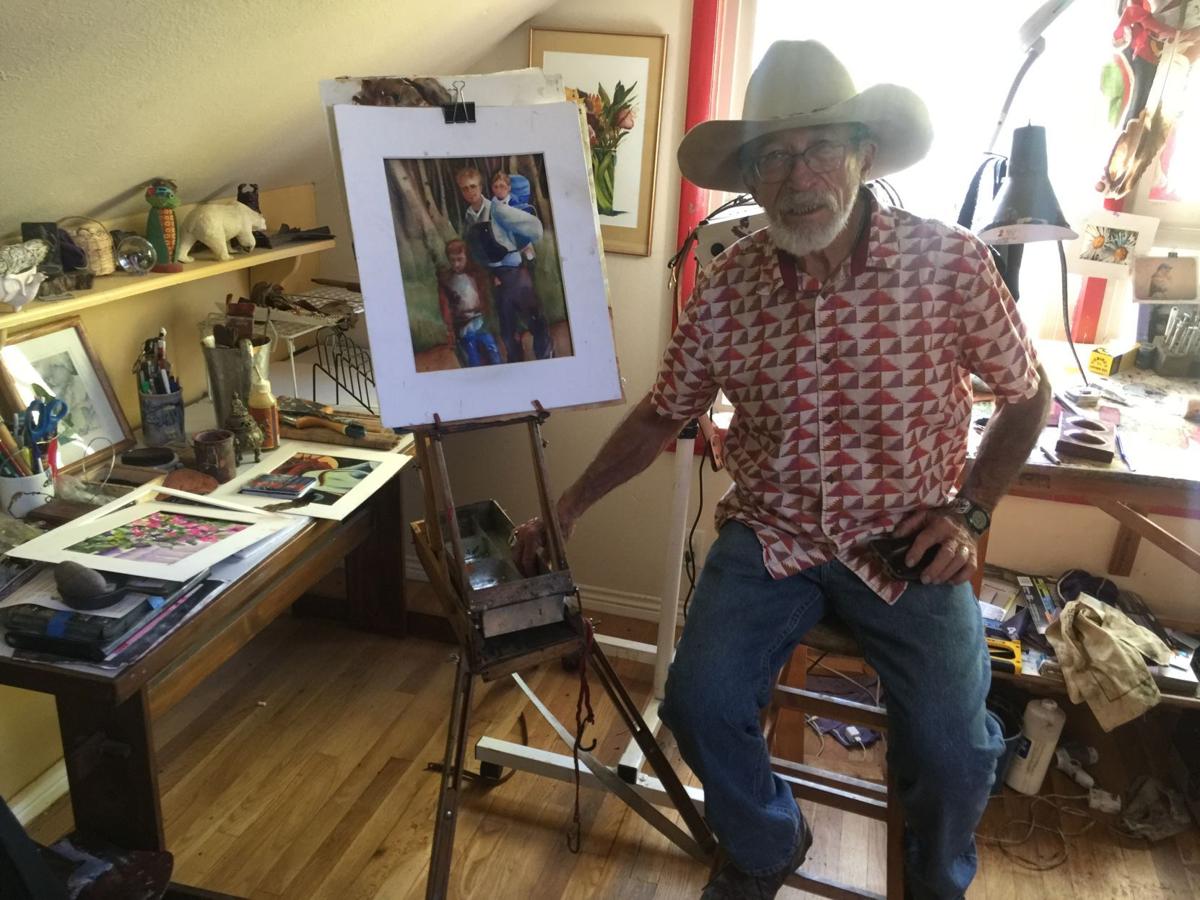