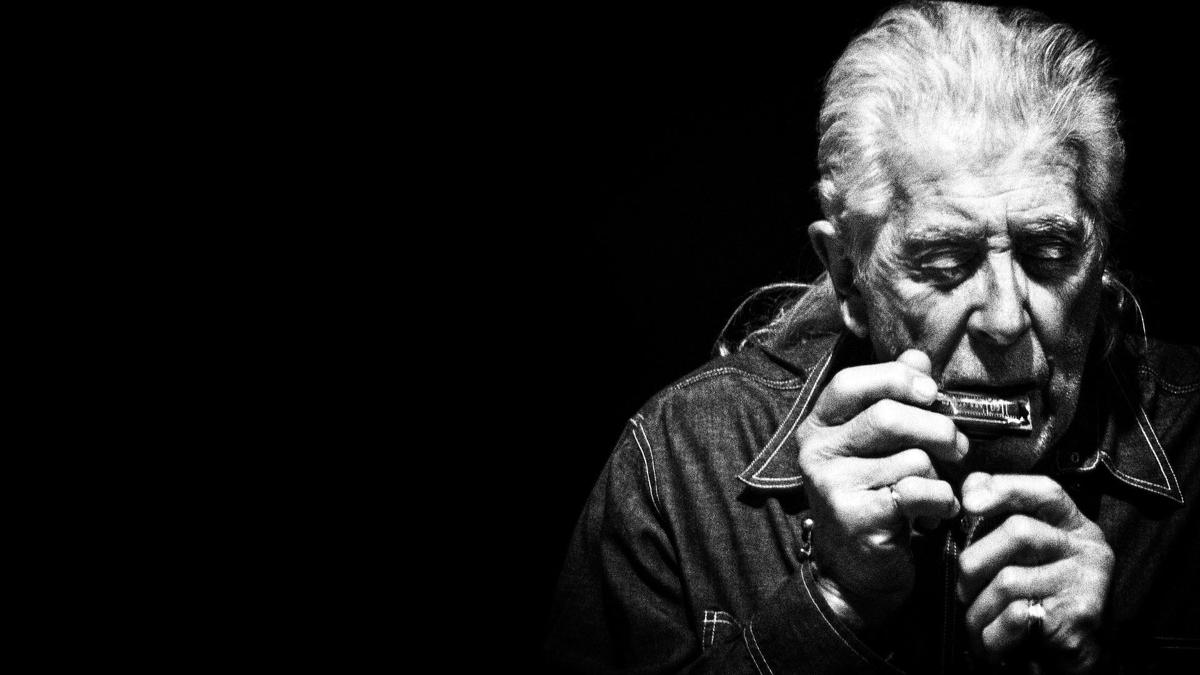 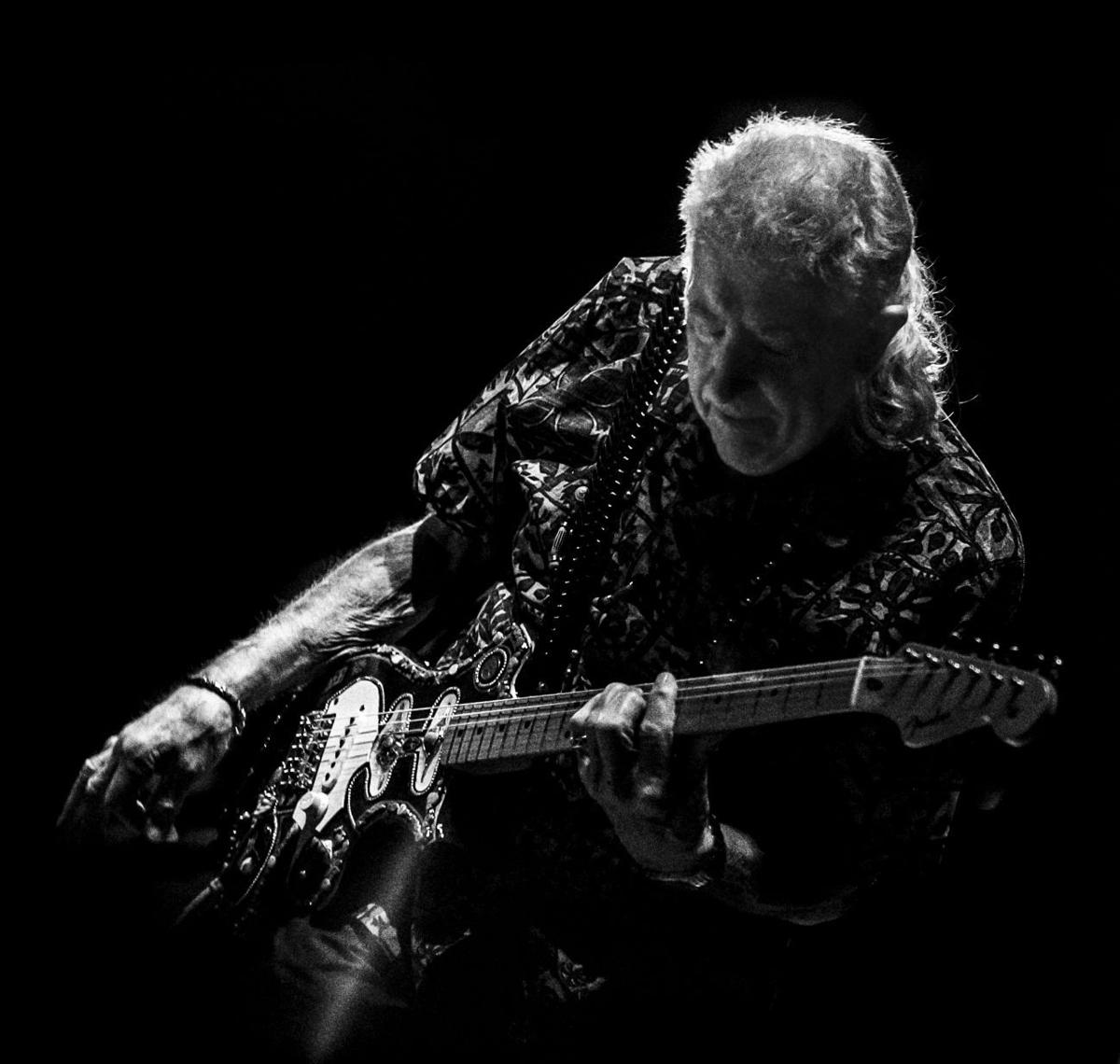 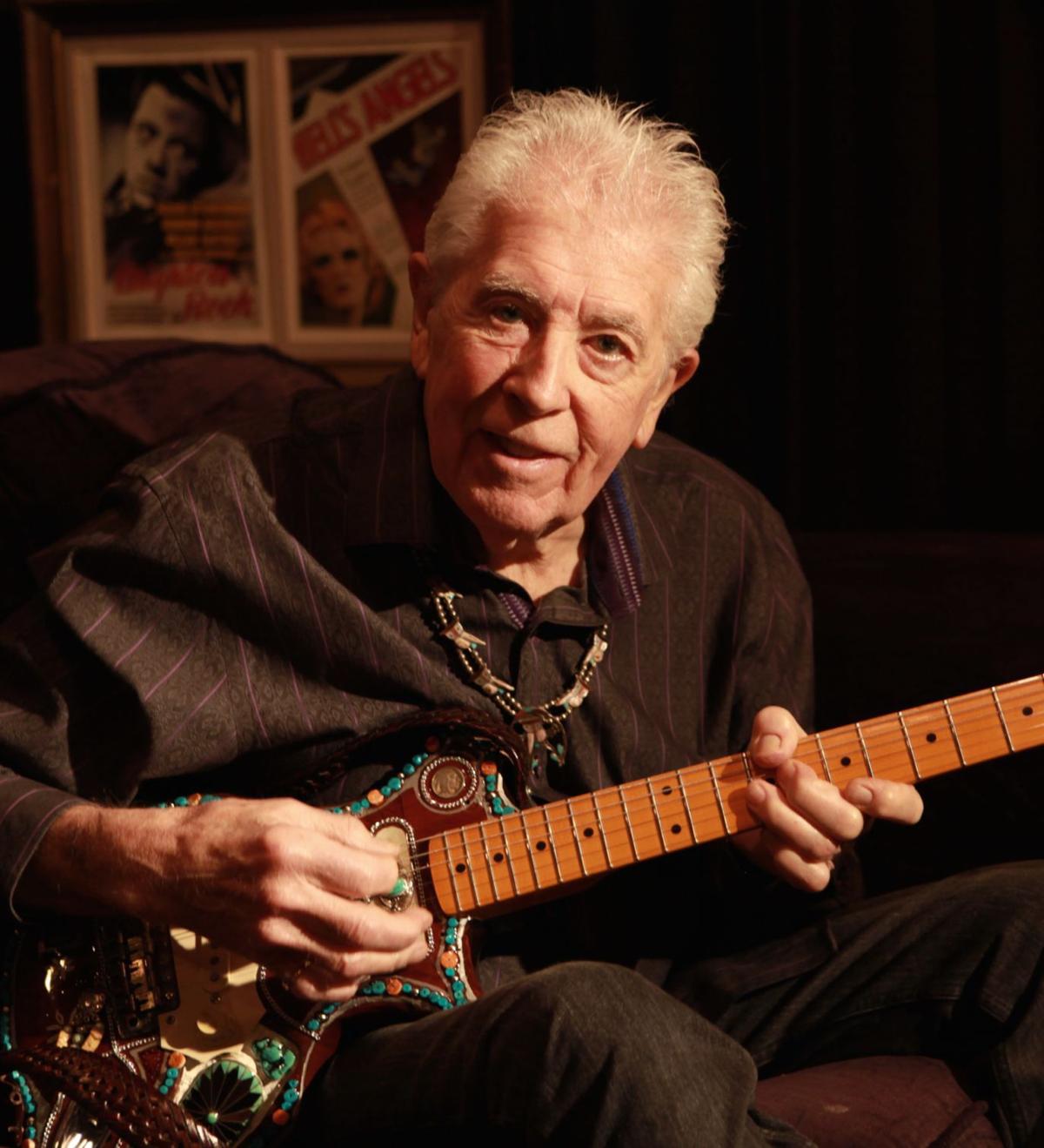 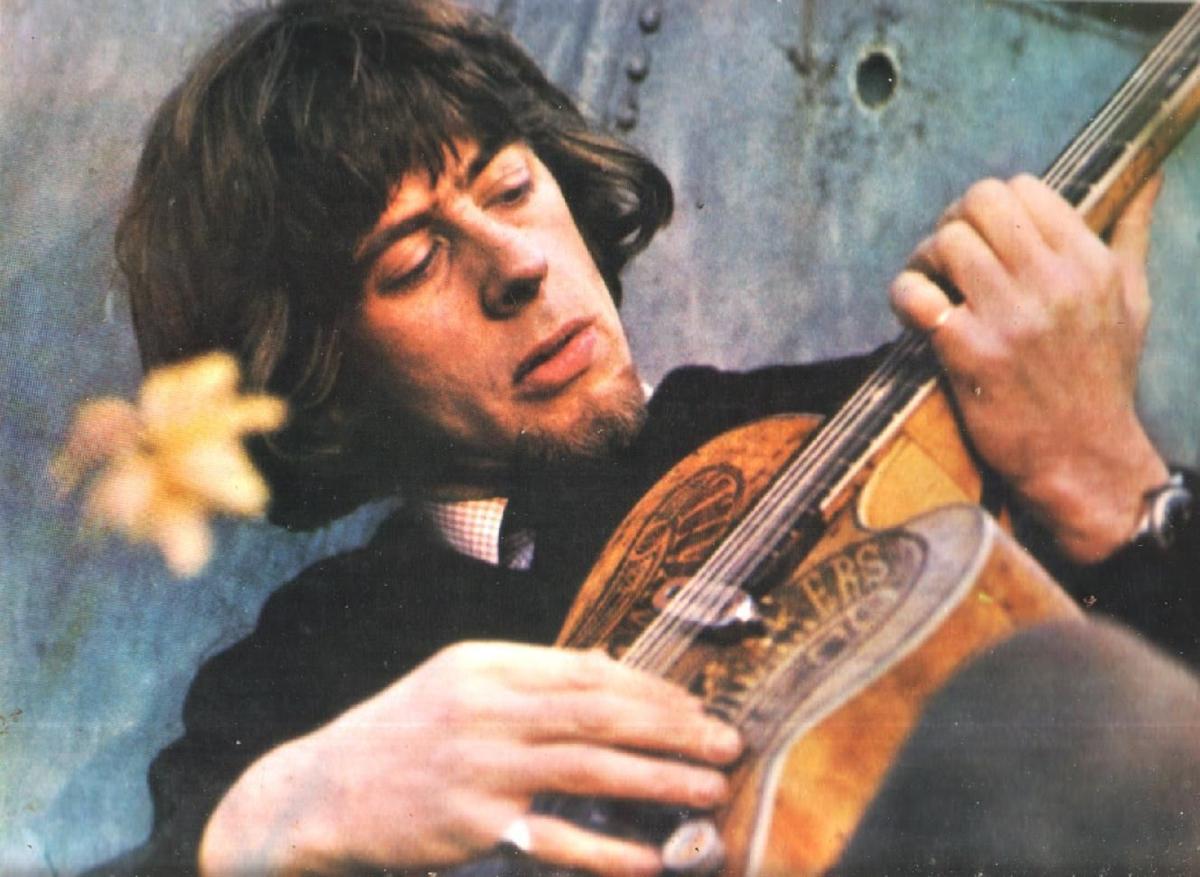 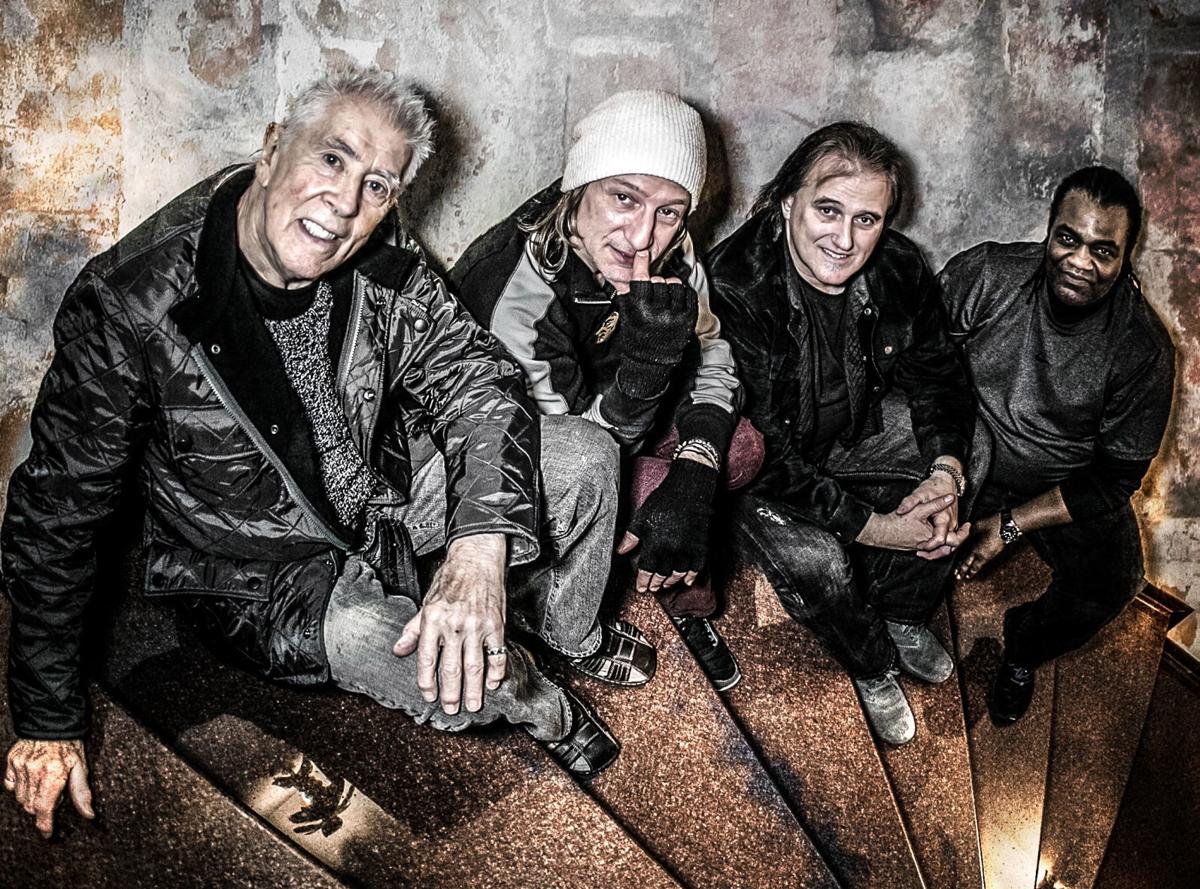 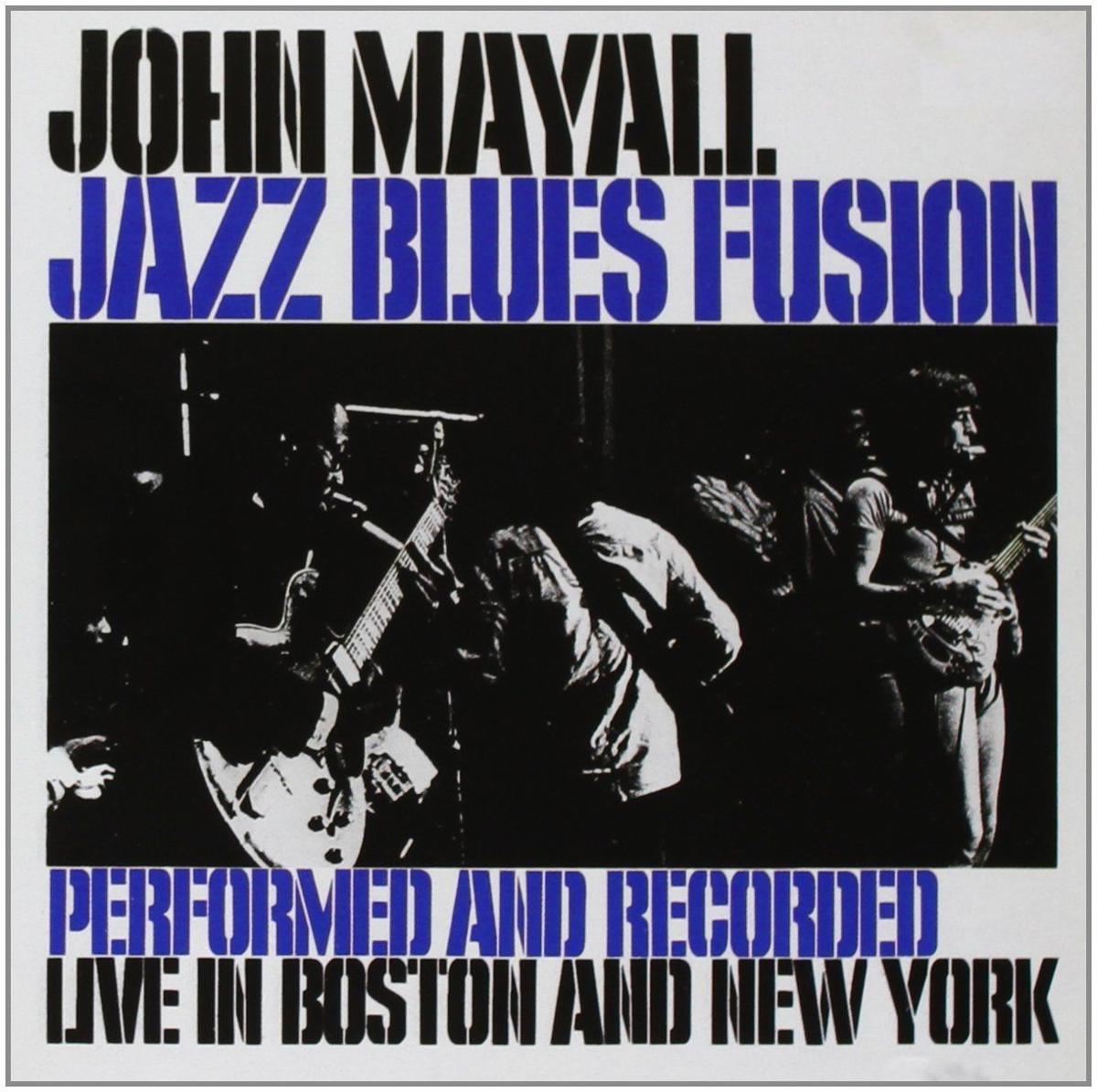 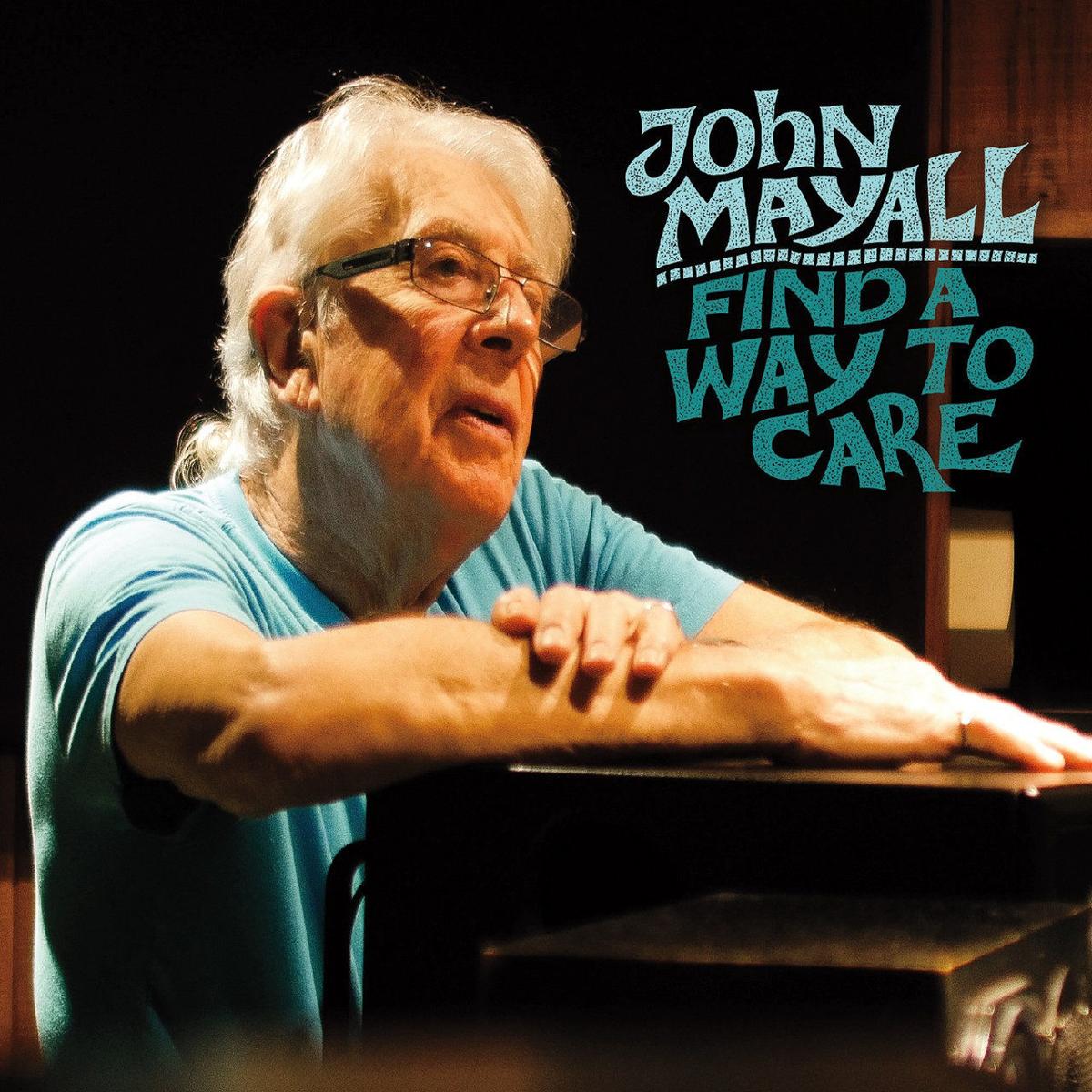 When inducted last month into the Blues Hall of Fame, John Mayall, known for forming his longtime band the Bluesbreakers in the early 1960s, joked that it was “about time,” adding he’d always been a kind of “underground” guy. His underestimated place in music history is indeed extraordinary. He helped to start the careers of numerous great guitarists who would go on to join his band throughout the ’60s and then leap off into stardom. And Mayall would just keep plugging, adding new players, who would again leave to go on to attain far greater popularity.

But in a telephone interview last week from his home in Los Angeles, the so-called “Godfather of the British Blues” says he has no regrets about how things have turned out.

“It’s a question of artistry versus commercial success,” Mayall says. “I’ve got no complaint about the workload. I still do 100 shows a year. Music is the main thing for me. When it comes to fame, it’s out of your hands.”

Mayall didn’t invent the blues, of course. He simply was one of a handful of people who had the good taste to realize its power before anyone else in England. The story of how the music of segregation-era American artists Muddy Waters, Little Walter and Sonny Boy Williamson needed to leave American shores to be “discovered” is more than a little ironic. When Big Bill Broonzy and Waters first performed in Europe, they were surprised to find they were better known and better paid there.

As the late B.B. King once said, “If it wasn’t for the British musicians, a lot of us black musicians in America would still be catchin’ the hell that we caught long before.”

Art is circular, not linear. If you want to know something in music history that changed everything, it takes detective work to find the missing links. Maybe the seeds of the British Invasion were planted when African-American GIs brought their records with them while stationed in Great Britain during World War II. Or when major British record label EMI formed a subsidiary, Decca Records, and in the 1950s found a market for American jazz and then blues records. Or maybe it’s that moment when Mick Jagger, carrying his collection of some of those blues records, reconnected with Keith Richards at a train station in the late ’50s, and they went off to hang out to listen to them together.

Mayall also had a collection of blues and jazz records in the ’50s. By 1963, the year of Beatlemania and the formation of the blues-inspired Yardbirds, Mayall was 30 years old and a mentor to younger musicians just catching onto the blues.

“It was not necessarily being older as a band leader, but instead my experience with the music,” he says. “I was 10 years ahead of everyone else. I had the used record collection. I had been following the blues for 10 years longer than they had … That’s the advantage.”

Paul McCartney once explained how Mayall worked as a kind of missionary for his beloved music form. “I had this friend in London, John Mayall of the Bluesbreakers, who used to play me a lot of records late at night. He was a kind of DJ-type guy. You’d go back to his place, and he’d sit you down, give you a drink, and say ‘Just check this out.’ He’d go over to his deck, and for hours he’d blast you with B.B. King, Eric Clapton—he was sort of showing me where all of Eric’s stuff was from, you know. He gave me a little evening’s education in that.”

But two Brits who really might be the missing links between English and American shores were Cyril Davies and Alexis Korner. They formed a band called Blues Incorporated with the likes of Richards, Jagger, Charlie Watts and Brian Jones (before they had formed the Rolling Stones) sitting in for jam sessions. It was Korner who convinced Mayall to become a full-time musician and move to London in the early ’60s.

After a couple of years of struggle as a fledgling act, the Bluesbreakers began to realize success on the coattails of such popular acts as Manfred Mann, the Animals and the Rolling Stones, tuning listeners ears to the backbone of the blues sounds. Before long the Bluesbreakers were the opening act for blues groups coming from America.

The authenticity of Mayall’s band, never much interested in pop-oriented compromises in the music, led Eric Clapton to quit the Yardbirds because he wasn’t interested, either, in churning out hits. He then joined the Bluesbreakers to pursue the blues in a purer form. This resulted in the production of a 1966 best-selling record that made Mayall a known act, Blues Breakers with Eric Clapton. To listen to the record now is to find the link between acoustic folk blues and amped up electric blues, with Clapton’s flashy guitar flourishing, leaping out like flames fueled by high-octane gasoline. It wasn’t just electric blues anymore, it was British blues: faster, heavier, rocking harder.

But Clapton didn’t stick around long. He got a wild hair and left the Bluesbreakers to tour in Greece with some unknown bandmates, then returned to England to form a new band with Jack Bruce and Ginger Baker: Cream. But one should remember that the graffiti on the underground station wall in London stating “Clapton is God” was first painted while he was a member of the Bluesbreakers.

From that point on John Mayall and the Bluesbreakers became the kingmakers of British blues. As Clapton put it, John Mayall and the Bluesbreakers was “a school for musicians.” A succession of future stars, who would credit their roots to Mayall, would leave to form their own groups or find international fame. First came a Bluesbreakers configuration with Peter Green, John McVie and Mick Fleetwood, who would then move on to form Fleetwood Mac. Then came Mick Taylor, who later joined the Rolling Stones for perhaps the best albums of their long career, Let it Bleed (1969), Sticky Fingers (9171) and Exile on Main Street (1972). Then came Andy Fraser, who later left to form the band called Free, known for the hit “All Right Now,” an act that would later evolve into Bad Company.

Mayall was a kind of progressive bluesman. In 1969 he recorded an acoustic album without a drummer entitled The Turning Point. It included the song “Room to Move,” which went gold. The song features Mayall going crazy on the harp and the vocalist doing a lot of chicka-chicka-chicka in tandem. The frolicking tune is one of the most familiar canons in rock history.

And then, just as he had become known as a musician’s musician in England, Mayall took advantage of his blossoming popularity in the U.S. to move to Laurel Canyon in Southern California, a hotbed of hipster musicians such as Neil Young and Joni Mitchell. Thus began a series of his jazz, rock and blues experiments with numerous combinations of players, including the much recommended Jazz Blues Fusion (1972) album, a live record that offers a strong blues backbeat with solo jazz stylings. He released an album last year, Find a Way to Care, and, in keeping with his key role in the history of the British Invasion, secured the recordings of his pre-Fleetwood Mac players to release two volumes of their live shows as the Bluesbreakers. It’s a rough recording that sounds like an echo of the distant past. But there is John Mayall again, on the harp, on the organ, the verifiable missing link.

He eventually retired the name Bluesbreakers, he says.

“The name [Bluesbreakers] has really been in use only half of my career,” Mayall says. “Use of it now indicated that I might be up to nothing really that new. With fresh new band members and a whole new attitude, it has been happy circumstances ever since.”

At age 82, Mayall finds himself a model of consistency with a solid band lineup that has been together for seven years (consisting of Texas blues veteran gunslinger Rocky Atlas; bassist Greg Rzab, who has played with Jimmy Page and Government Mule; and drummer Jay Davenport, who was handpicked by Rzab as his favorite percussion man).

After playing with a revolving door of musicians early in his career, Mayall says he’s sought stability in recent decades.

“As a band leader, you pick players who you think will get along and play together well,” he says. “The previous band I had was together for 20 years. In the early days I felt like playing with different musicians, and I got lucky that way.”

See John Mayall on Sat, June 18 at the Orpheum Theater, 15 W. Aspen. Doors open at 7 p.m. and the show starts at 8 p.m. Tickets are $35–$65 and can be purchased in person at Aspen Deli, Rainbow’s End or Anima’s Trading Co. or online at www.orpheumflagstaff.com. To learn more, call 556-1580 or visit www.johnmayall.com.