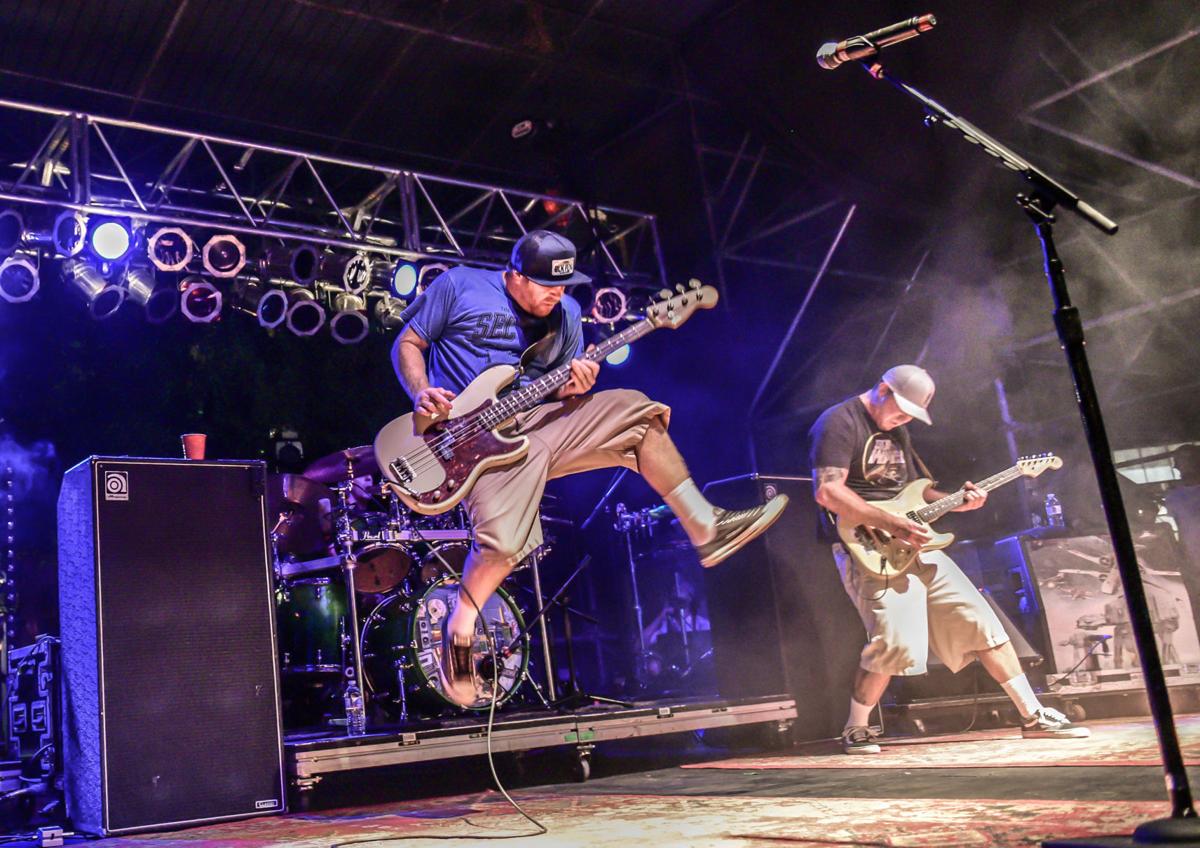 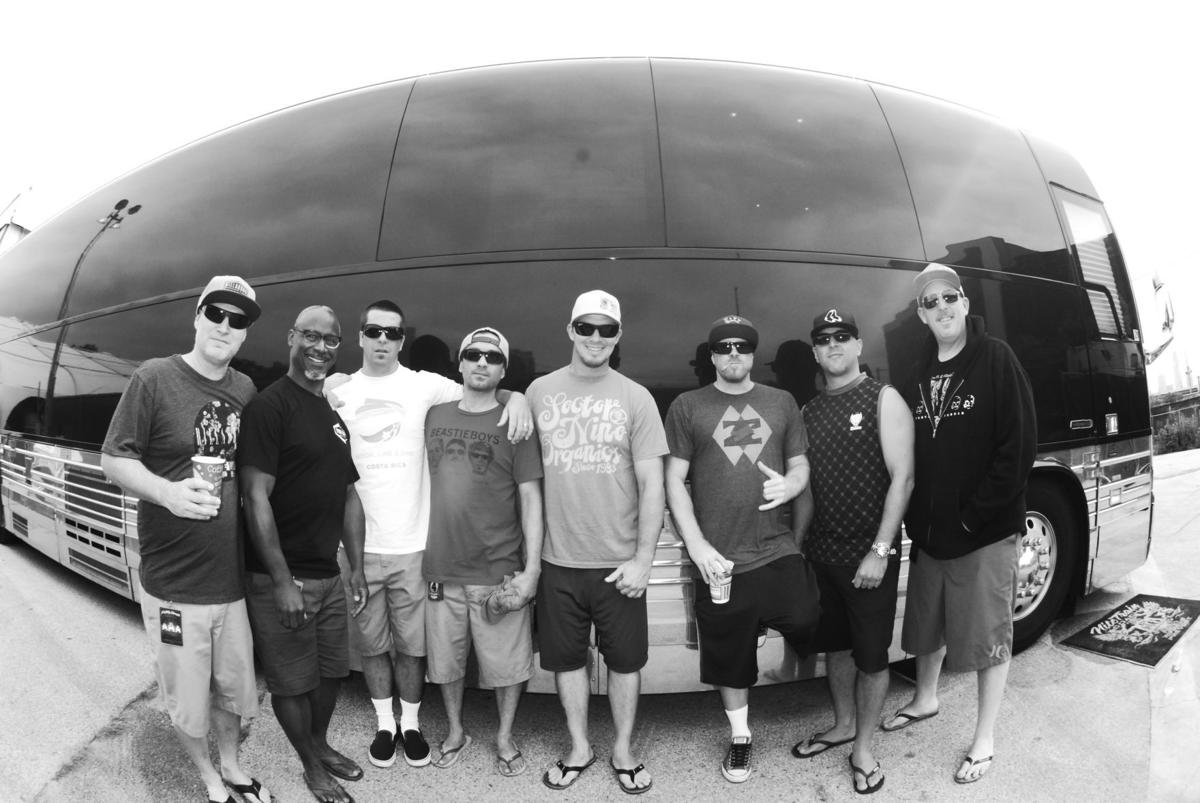 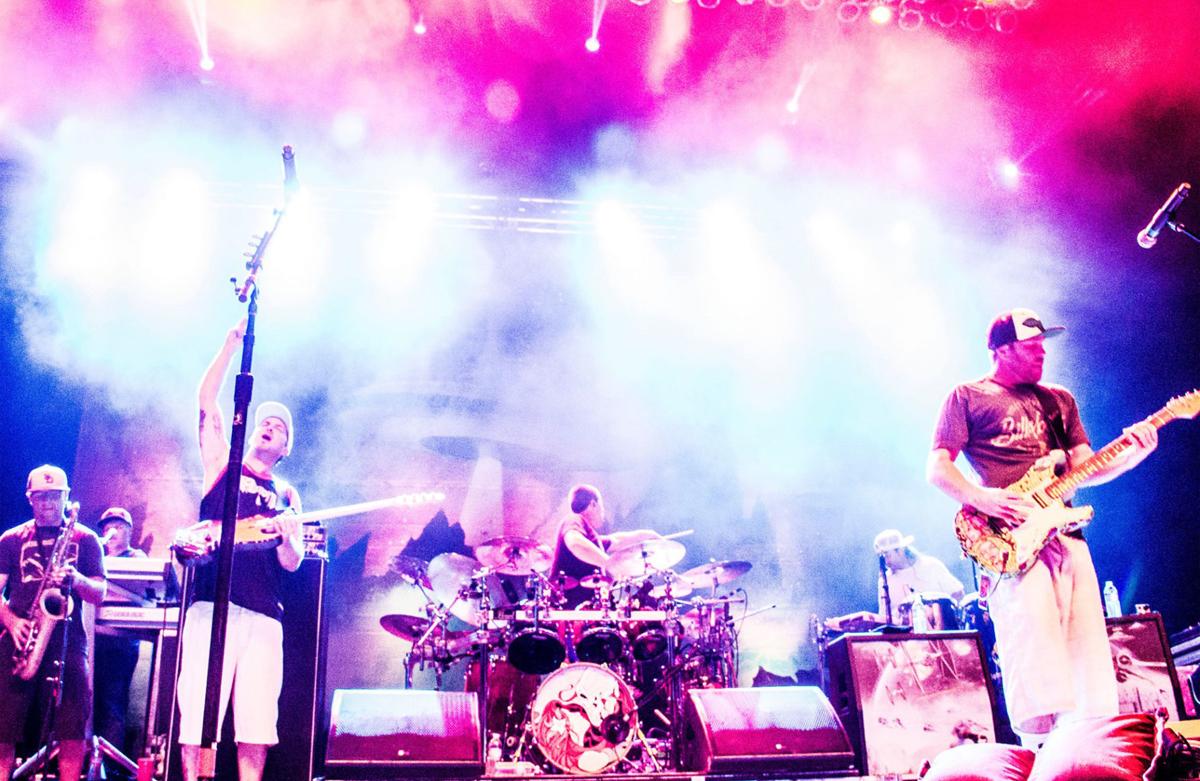 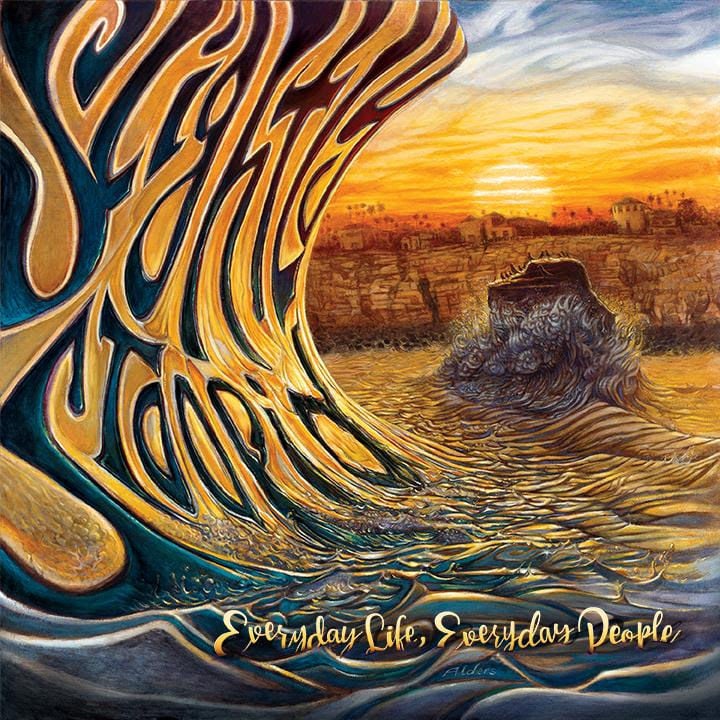 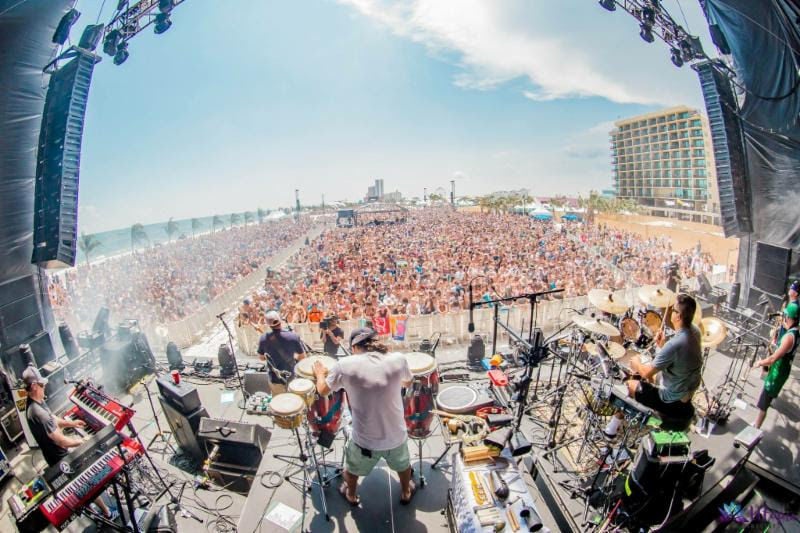 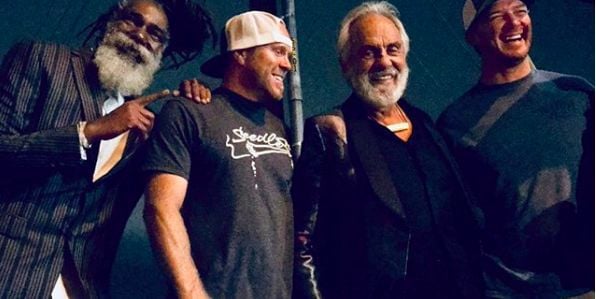 Inspired by the sun and surf of southern California beaches, Slightly Stoopid is a double-edged sword spreading West Coast reggae across the nation and beyond, a versatile outfit featuring two life-long partners in music, multi-instrumentalists and singers Kyle McDonald and Miles Doughty.

"We are brothers from two different mothers," Doughty says during a telephone interview prior to a show at one of those destination beaches. "We are a double-headed dragon; we play so many styles between the two of us. What we call 'the swivel' is part of the culture of the band."

Slightly Stoopid got its start around 1992 in Ocean Beach, California, when the two skating and surfing teens decided to emulate their favorite acts such as Rancid, NOFX and Operation Ivy. Doughty and McDonald later took their punk roots into the co-existing branches of blue-eyed reggae rock, expanding their horizons with each album, and their fan base with each tour. According to the music promotions and touring professionals go-to website Pollstar.com, Slightly Stoopid has been one of the top touring acts in America since 2017, playing to crowds of up to 20,000.

Over the years, the band tuned its ears toward a Cali-cosmopolitan brand of world beat, and expanded the size of the group into a versatile outfit capable of so many styles it would be easier to list the genres of music they don't play. Indeed, the key difference from the early years has been the tendency toward open-ended collaboration with multiple artists. The lineup currently consists of McDonald and Doughty on vocals, Ryan Moran on drums, Oguer Ocon on percussion, Daniel Delacruz on sax, Paul Wolstencroft on keyboards and Andy Gelb on trumpet/trombone, with a host of additional players, including Karl Denson, Don Carlos, Rashawn Ross and Chali 2na of Jurassic Five.

"We have known each other for 20 years,” Doughty says of Chali 2na. “It's an energy that makes us feel like family."

Slightly Stoopid was discovered in 1994 by Bradley Nowell of Sublime, another southern California act that was emerging amid an active scene of punk rockers who leaned on ska to express their view of the counter culture. Nowell signed Slightly Stoopid to his new label at the time, Skunk Records.

"We met up with Brad when we were 16 years old," Doughty says. "We got to record in their studio, which was a real cool experience for us since we were fans of the band. We definitely had to pinch ourselves, but it was a punk experience and it was definitely not as glamorous as you might think. But it was great to be with the Skunk Records family."

Of their early records, there were three key themes to list about Stoopidheadedness: surfing, skateboarding and smoking weed. Their first record featured brash leaps between punk ferocity and percolating reggae-rooted rock. In the early days there were regular songs about being chased by the police, or being outright paranoid, symptoms of the days before the legalization of marijuana in California.

"I'm sure that has something to do with it," Doughty says. "Revolution against society goes hand in hand with growing up. That's what we do, share our experience through our music."

A key to their success was heavy touring, up to 200 shows a year. As Doughty put it, "We were a band that grinded it out all of the time on the road."

Braving the club scene into a new century, things really began to pop for the band with the release of their third studio album in 2003, 10 years after getting signed in high school.

"The Everything You Need album was kind of the turning point," Doughty says. "I can't say exactly what happened, but everything just snowballed with our sound, the Stoopidheads, a very organic following. You would see the generations coming out, with parents bringing their kids."

He adds the success after 25 years with the band "is due to our connection with the fans in general. We are the kind of band that parties with the fans and we have grown up with them. It's the fans who feed us, and they feed on us."

Everything You Need found the band exploring hip-hop, especially on the title track, with the basic drum track decorated with minimal guitar and bass, and the purring vocals streaming on top. That's followed by yet another song about law enforcement, "Officer," which tells the tale of a pot bust, but flowing into a let's-all-be-peaceful theme, singing "Let's get this party started until the break of dawn an' ... all you've got to do is sing." That's followed by an angry punk song, "Questionable," again about police oppression. "Runnin' With A Gun" takes on the Bush-era vibe of the Iraq War. But stylistically, by song four on the album they've covered hip-hop, dub, reggae and bracing three-chord rock, demonstrating a band approach that knows no limits in terms of musical terrain.

As McDonald stated recently, "Once we found music as a form of expression, as an outlet, we did whatever it took to survive. We are who we are—a product of southern California. And we are where we are in life because of how passionate we are about the music."

Subsequent albums would perfect a fusion of folk, rock, blues, metal and funk, complementing their punk roots. It's all a culmination of two lead singers, the strength of having two minds as music connoisseurs coming together in loose Stoopidity. They are even not afraid, with an association with Bob Weir, of taking on a Grateful Dead cover, and one of their show staples, "Closer to the Sun," is very similar to that branch of the California sound. It's all in keeping within the mixed salad of uplifting West Coast couture.

"California culture spreads throughout the world, surfing, the beach, skating," Doughty says. "We grew up on the beach. Kyle and I grew up skating and surfing together and between the herbs and everything else, we share that kind of vibe."

By 2008 the band was in full blossom, creating their own label, Stoopid Records, signing new acts such as The Expendables and scoring regularly on the Billboard charts.

They are also known for their philanthropy, fundraising for various causes such as bringing solar power to third world villages through Global BrightLight Foundation and donating to pediatric cancer organizations Grind for Life and the Sheckler Foundation. The band has matured into a road warrior with a quarter century of nothing but playing music professionally behind them.