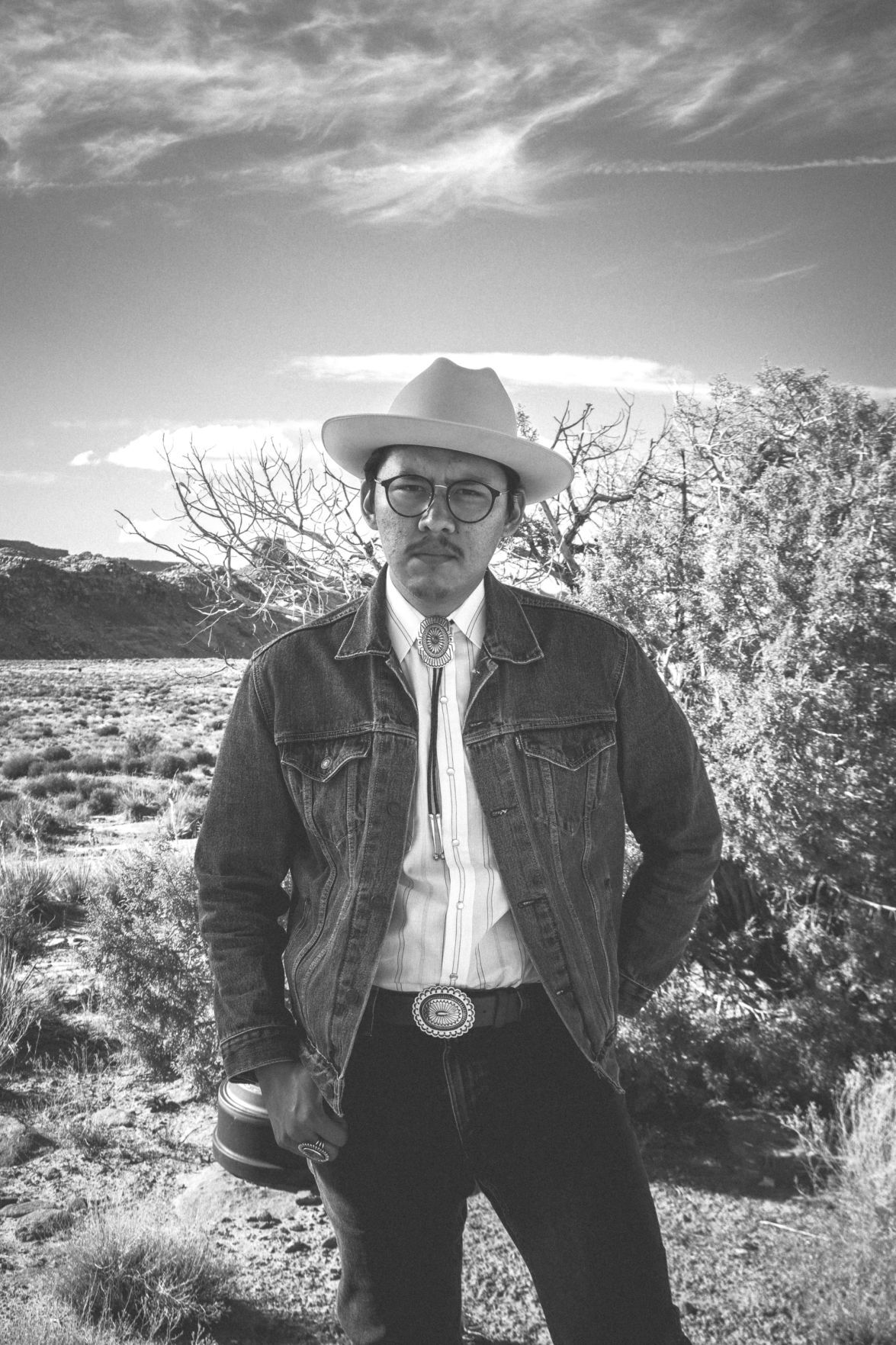 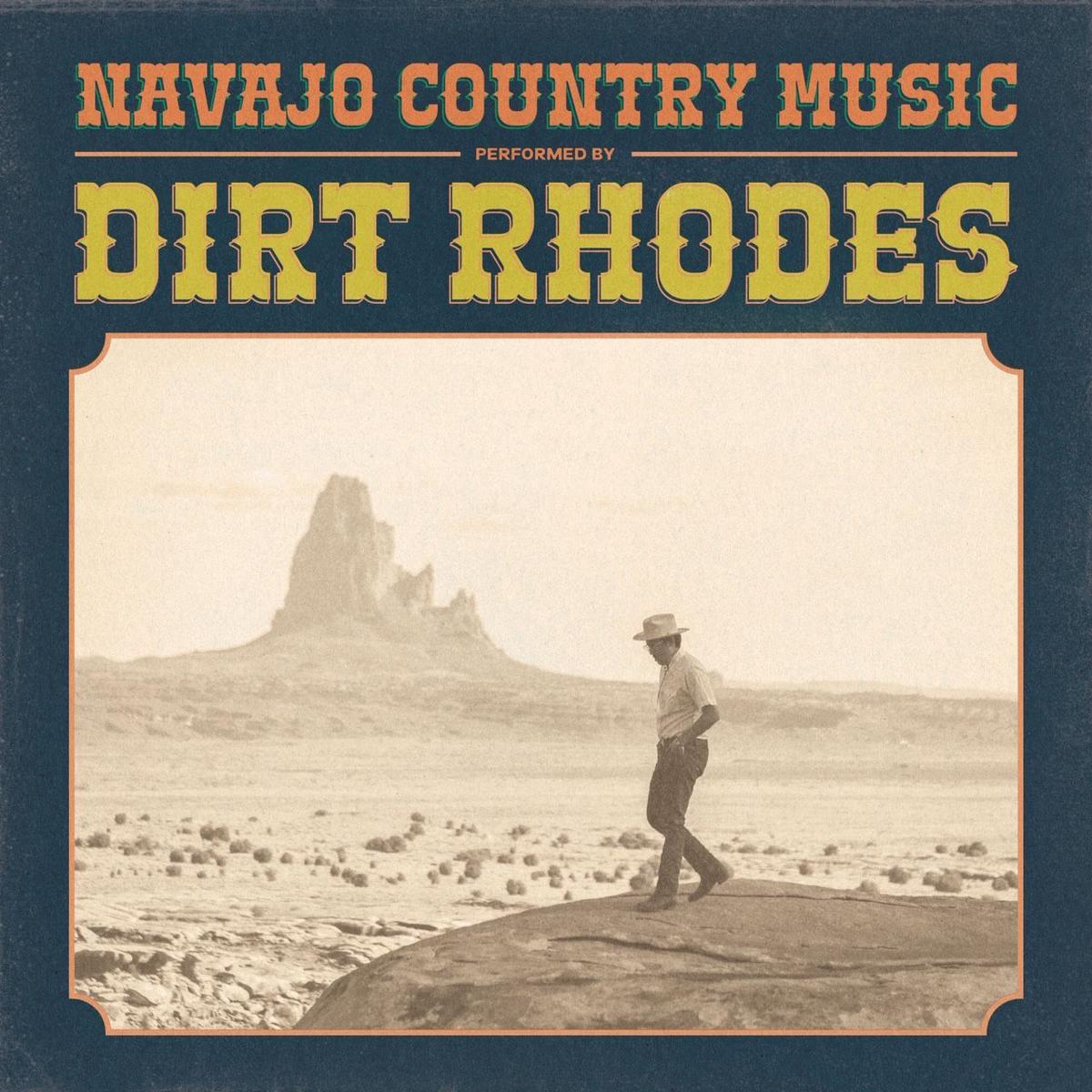 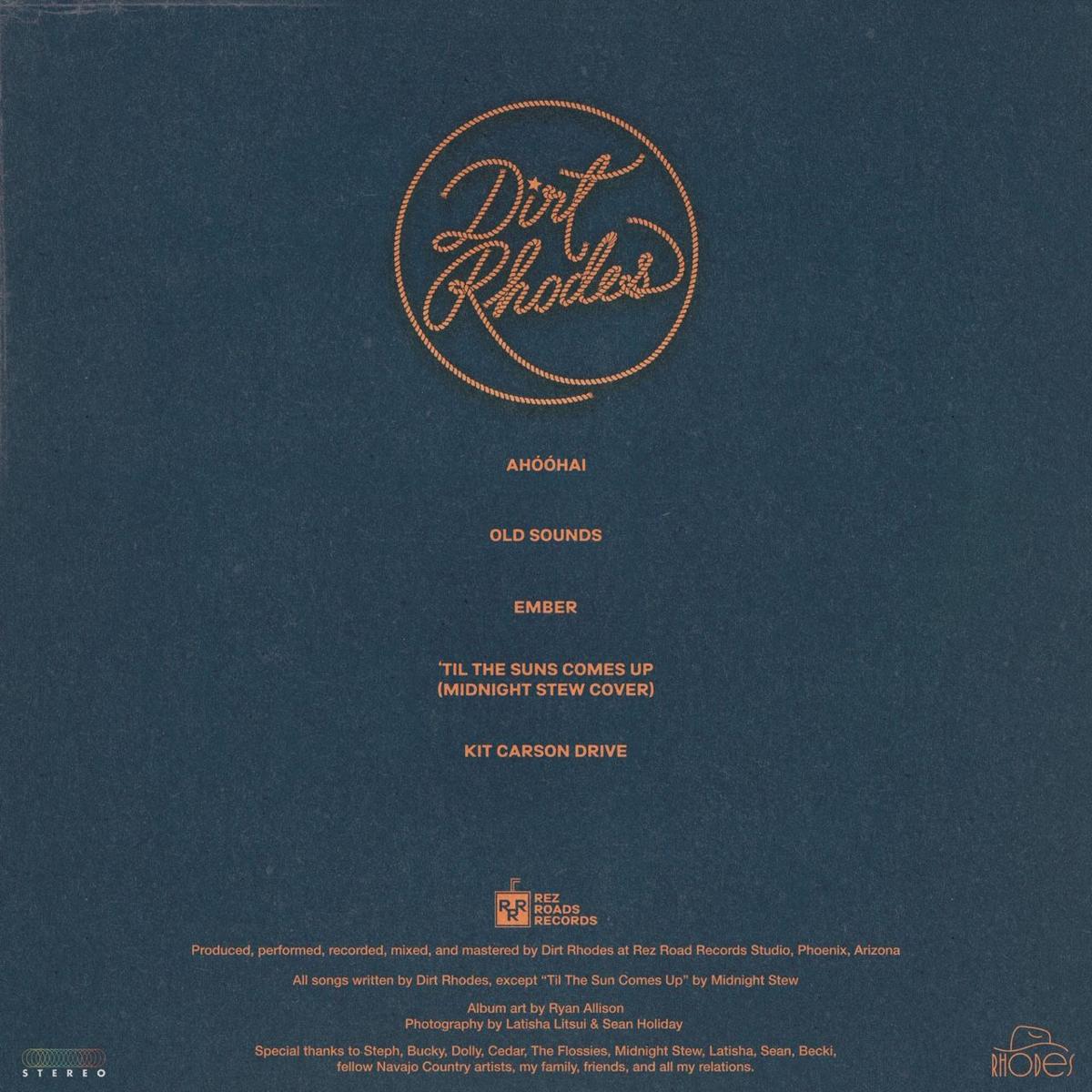 Ryan Allison grew up surrounded by country music, by old vinyl records, by the influence of his brother, a DJ who organized still-legendary shows across and beyond the Navajo Nation. He considers him his first music teacher, a 10-year-old Allison sitting behind the turntable and soaking it all in.

The 28-year-old musician released his first country western album Navajo Country Music under the moniker Dirt Rhodes this September as a tribute to home, family, place and the longstanding tradition that is the Navajo country music genre.

“Growing up on the reservation country music is everywhere,” Allison says. “At some point you are going to get into it. It’s inevitable.”

Allison’s parents were aficionados, as was KTNN (AM 660, FM 101.5) “The Voice of the Navajo Nation,” coming in over car radios and making appearances at major events across the reservation; but Allison bucked the trend for much of his youth, tending toward the indie boom that dominated his high school years—LCD Soundsystem, The Yeah Yeah Yeahs, Interpol—and later becoming interested in house and electronic music.

It wasn’t until about five years ago that he picked up a guitar again and his dream to make a country album began to take shape, then another two before Allison started writing it.

Straightforward in title, yet deeply layered in content, Allison tracked and mastered Navajo Country Music himself over the course of a couple months, releasing it in early fall to mark what would normally be fair season on the Navajo Nation. All Navajo Nation fairs, which draw massive crowds every year, were canceled due to the COVID-19 pandemic.

Navajo Country Music meets the moment just as much as it dips back in time and into a genre with immense staying power. The title says it all. All five tracks of the EP wax poetic on culture and tradition, while also speaking universalities: family, loss and home, suffusing country with the longstanding Indigenous ties to it.

“The cool thing about country music is it’s so specific—that specificity is vital, so with Navajo country music in particular it’s going to relate to Navajo people and I wanted that but I also wanted elements of things anyone can pick up whether you’re Navajo or not,” Allison says. “But I was adamant about having that Navajo influence. Especially now that country and western are having a resurgence with people like Lil Nas X and Orville Peck. I wanted to highlight that Indigenous people, Navajo people, have had our own genre for decades.”

Aces Wild is another band Allison looks toward for inspiration, coming in second only to his brother and grandfather. The latter was in many ways the impetus for Navajo Country Music, a steady force that returns the EP always back to place and family.

In the album, Allison explores the death of his grandpa by way of the lessons he passed down, placing those alongside explorations of colonial legacies like Kit Carson to form the next great work in the canon of Indigenous country musicians who came before. He also pays homage to the homespun nature of Navajo country music, in recording and designing the album art himself.

“[Navajo country] is very much DIY, the best way I could describe is it kind of sounds like it’s derived from the late-‘70s, early-‘80s style and then it just stayed that way,” Allison says. “And of course it’s put through this Navajo filter, like bands will sing in Navajo or we’ll be relating things to Navajo life.”

Allison introduced Navajo Country Music with the instrumental track “Ahóóhai,” in which whistling wind ushers in a steady drum pulse before a steely guitar slips through. The wind persists, a breath to introduce the songs to come. Pay attention to this place, “Ahóóhai,” which translates to “Rodeo,” implores.

Allison wanted the first song to be instrumental as a nod to country legends like Stateline and Aces Wild, who are known for introducing their albums with winding preludes, along with more mainstream names like George Straight. The song digs roots, conjuring the winds that slice through open planes in White Point, Arizona, where much of Allison’s family is from. “Remote,” and “desert-y,” is how he describes it, adamant that geography play a central role on his album. This is also the case in his cover of friend and fellow musician Greg Yazzie’s “Till the Sun Comes Up,” where the refrain, “Take me back to the Navajo Nation” forms the song’s backbone.

“That is also where the specificity within country music comes in. We’re stating that we want to go to the Navajo Nation, we want to be home,” Allison says about the song. “It’s a funny thing, being at the cutoff line of being a millennial—a lot of us grew up on the Rez and I think we were the last to grow up without internet and without cellphones. There is that nostalgia of my friends playing outside with my mom and grandma doing stuff nearby.”

Allison currently lives in Phoenix, where he moved to study graphic design, a path he began at Northern Arizona University about 10 years ago.

“The nostalgia is strong within the album. Not only because it harkens back to 1970s and ‘80s country, when its style still leaned on the melodious and storytelling foundations in favor of overproduction,” he says, “but also nostalgia in a wishing for home makes the EP like a keepsake of place and time.”

“Old Sounds” is a keepsake of Allison’s grandfather, remembering him like a pillar in life and art: “Days made by old sounds/Old sounds of you and me/ You and me.”

“My grandpa passed away and he was of course a cowboy and always wanting us to be cowboys,” Allison says. “Then within that same month my aunt passed away and the songs that came out on the EP are derived from that. I was grieving and I knew I wanted to do something, make something, in their honor.”

“The old ways will always stay,” Allison croons later on in “Old Sounds.”

The track came to him quickly and naturally Allison remembers, one night dedicated to writing, arranging and recording it.

“When I say, ‘The old ways will always stay,’ I am talking about Navajo traditions because he was very traditional, his teaching, his songs, his voice and all the things he told me as a grandpa,” Allison says.

As serenely as the young musician beckons listeners to enter Navajo Country Music, so he ushers them out. With “Kit Carson Drive,” the final track on the album, Allison exists in a poetic but grounded rumination on the main road in Fort Defiance where he grew up, named after Carson, the leader of the violent campaign against the Navajo tribe whose legacy haunts the southwest.

In the song, Kit Carson Drive becomes the narrator. Beginning at a place called Blue Canyon and ending at the Fort Defiance cemetery, the road is a metaphor Allison explores to its fullest.

“I have seen the canyon so blue/I have heard the whisper of the wind speak truth,” he sings.

“It is talking about the fact that we are still here, about the resiliency of Navajo people, despite living on a street called Kit Carson drive,” Allison says. “I wrote Kit Carson Drive right at the beginning of the pandemic, I wrote the lyrics literally weeks before everything shut down. It’s funny with that song because its lyrics couldn’t have come out of me at a better time because the Navajo Nation was so impacted by COVID, that resiliency of, ‘Were still here, we still need to fight, we still are going do what we need to do,’ is so present in that track.”

The BiPolar Bear: A work of art

Quarantine in 18 breads: Katie King’s ‘Bread Poems’ an exercise in comfort and creativity

In the early days of the COVID-19 pandemic, many scrambled to find routine following abrupt cancellations of arts events and the temporary end…