Coronavirus update: Wave of evictions expected as moratoriums end in many states. Get the latest.

The wonder of possibility: Verde Valley Ideas debuts in Sedona
0 comments
Share this
Return to homepage × 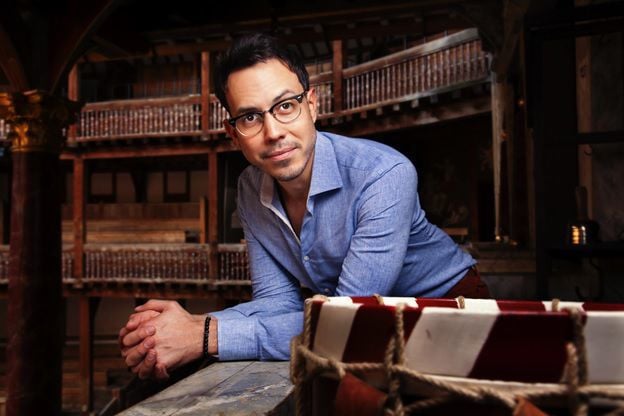 Bill Barclay, director of music at Shakespeare’s Globe in London, is one of the speakers at the first annual Verde Valley Ideas Festival. 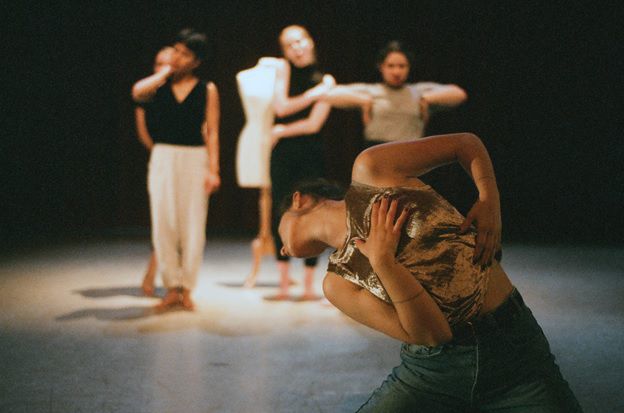 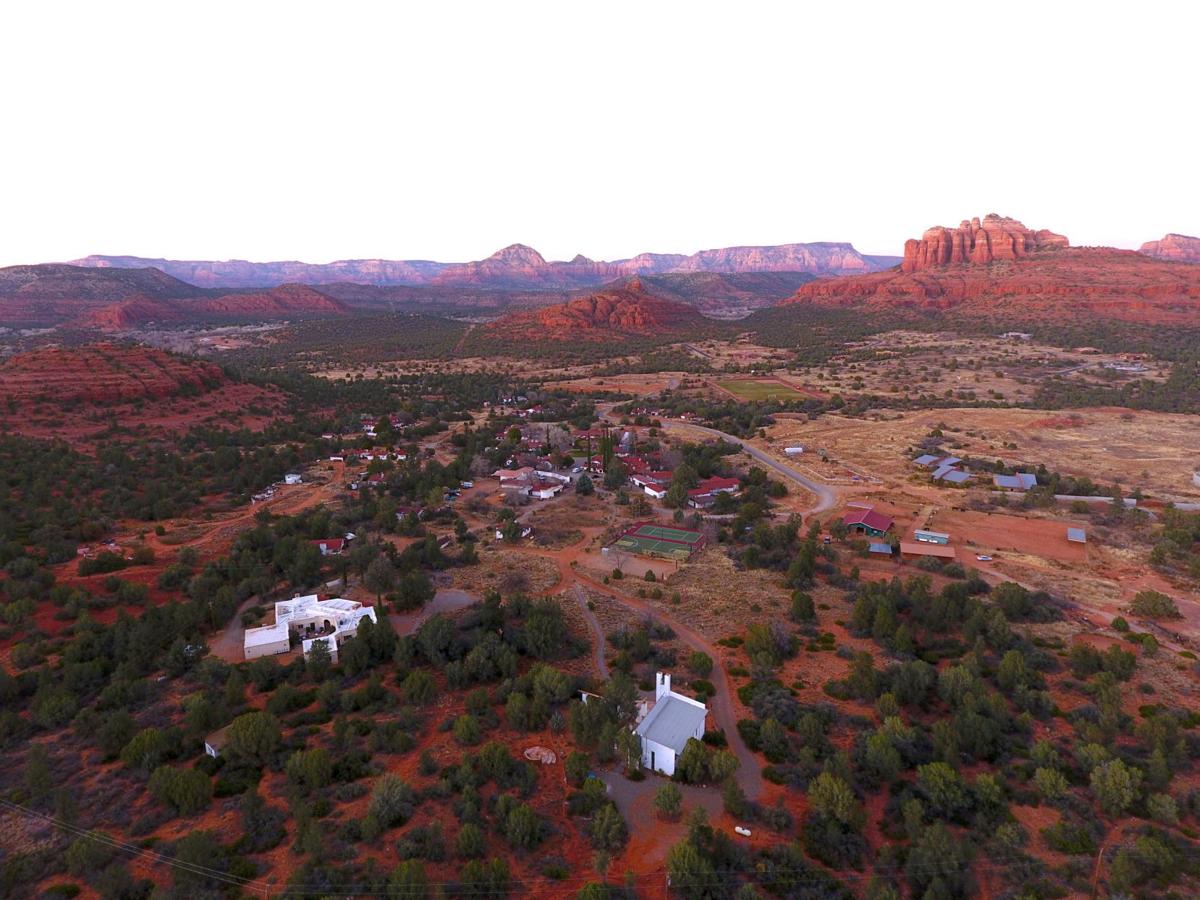 On the homepage of the first annual Verde Valley Ideas’ website, a simple question is asked: “Ever wonder?”

Sara Franks, a senior at Verde Valley School, wondered what discussions might spring forth during a TEDxYouth event she was planning for her classmates. The 17-year-old said she volunteered at a TED event in 2017 and was amazed by the way attendees explored new ideas on our current reality and opened their minds to others’ perspectives. When her plans fell through, however, it provided Franks with the chance to create something even better. She teamed up with VVS Director of Experiential Education Lauren Kelley, who was similarly inspired after she attended Chicago Ideas Week in 2018.

“So much of what Chicago Ideas stands for is what Verde Valley stands for,” Kelley said. “We wanted to build something that was more immersive and more accessible for a wide variety of community members.”

“The difference between running a TED program and running an ideas festival based on Chicago’s model is it’s way more open-ended,” Franks explained. “You have a greater opportunity to make it your way, have artistic freedom with it; this was kind of a blessing in disguise.”

The day-long event held amid Sedona’s awe-inspiring red rocks is closely aligned with the five guiding principles taught at the international boarding school: Academic excellence, service to others, environmental stewardship, the value of world citizenship and the value of physical labor.

“We believe in a better version of our world and not taking the current limitation we see as a given,” Kelley said. “This is really about listening to those leaders who, in their field, whatever it is, believe that there is something beyond the horizon worth pursuing.”

Saturday morning will kick off the inaugural event with a series of hands-on workshops, called labs, which people can choose from depending on their area of interest. Starting times vary, with topics including Myths of Mindfulness, Creating a Life Blueprint and Documentary Film Making for Social Change. As morning gives way to afternoon, attendees can head to Brady Hall for the stage portion of the evening. Among speakers such as Pulitzer Prize-winning journalist Bret Stephens, whose father is an alumnus of VVS, and performers such as Tucson-based slam poet Logan Phillips, Bill Barclay will aim to make music more accessible to laymen.

As director of music at Shakespeare’s Globe in London, Barclay produced music for more than 120 productions and 150 concerts since 2011. He recognizes that music may seem like an abstract subject, calling it an exclusionary skill.

Musicians hone their art away from the public eye, practicing compositions until revealing the completed product to audiences, “a skill that to most of us looks like magic,” he said.

Still, people know and appreciate music, no matter their background and experiences, and even use it in a medicinal way to bring comfort in times of anguish or to emphasize happiness.

“It’s a fundamental idea that we all share that’s worth examining,” Barclay said.

Chrissie Monaghan, UN Advocacy and Campaigns Manager with Crisis Action and professor at New York University, met Kelley when the two took a group of teenagers on a backpacking trip in 2009.

“So much of what those programs were about was creating a sense of community among young people, putting them in a situation where they were really able to get a sense of what was possible, what they’re capable of, how they can support one another in taking risks but not being reckless, and how to really unplug, get away from screens and forge relations with people,” Monaghan said.

She said she relates these ideas in the classroom setting and will pull from this for her presentation during Verde Valley Ideas.

“I’ll be looking at this bigger idea that human rights work is something that can change the world and will be reflecting on my own work and the limits and reaches of human rights in making tangible changes,” she explained.

It was important to Kelley that the festival be held at VVS, opening it up to a wider audience of students who could bring their own unique perspectives.

“They’re 10 steps ahead of us already in terms of pushing how we think about our world,” Kelley said. “These guys are already living the way we should be in terms of that elastic thinking.”

Franks notes the genesis of recent human rights movements like March for our Lives occurred in high schools, with many activists finding their voice in the face of sociopolitical disparity. Still, many hit a barrier when talking to those who refuse to take the younger generation seriously.

“For someone to look at me and go, ‘Yes, you can do this, I believe in you, I believe people will benefit from this,’ that’s the most empowering feeling,” Franks said.

The Verde Valley Ideas Festival will be held Saturday, Sept. 21, at Verde Valley School in Sedona, 3511 Verde Valley School Rd. Tickets to individual labs are $30 each, advance registration required, and tickets to the lecture series are $25 each. Visit www.verdevalleyideas.org or call (928) 284-2272 for more information.

LOS ANGELES (AP) — Ellen DeGeneres apologized to the staff of her daytime TV talk show amid an internal company investigation of complaints of a difficult and unfair workplace.

I woke up with a dry throat and itchy eyes. I immediately assumed that COVID-19 had finally descended upon my body and my life. My eyes were a…

LOS ANGELES (AP) — Actor Bryan Cranston said he contracted and recovered from COVID-19 and has donated his plasma because it contains antibodies.

King Beyoncé’s new film takes you on a journey of Black art, music, history and fashion as the superstar transports you to Africa to tell the story of a young man in search of his crown, matched to epic songs she created while inspired by “The Lion King.”

They've picked five flies to name after the world's favorite superheroes and villains within the Marvel Cinematic Universe.

Horseback outfitters want riders back in the saddle

LOS CERRILLOS, N.M. (AP) — Meandering along a dusty trail on the back of a horse, with a vast New Mexico landscape of layered mountains, red rocks and blooming claret cup cactuses spread across the horizon, one can temporarily forget the world is suffering from a pandemic.

SpaceX crew returned to Earth and other space news you missed

Movies in a Minute: 'Summerland,' 'Cut Throat City,' & 'The Secret: Dare to Dream'

Movies in a Minute: 'Summerland,' 'Cut Throat City,' & 'The Secret: Dare to Dream'

The weirdest Airbnbs to add to your bucket list

The weirdest Airbnbs to add to your bucket list

Coolest drive-ins to visit this summer

Coolest drive-ins to visit this summer

Bill Barclay, director of music at Shakespeare’s Globe in London, is one of the speakers at the first annual Verde Valley Ideas Festival.