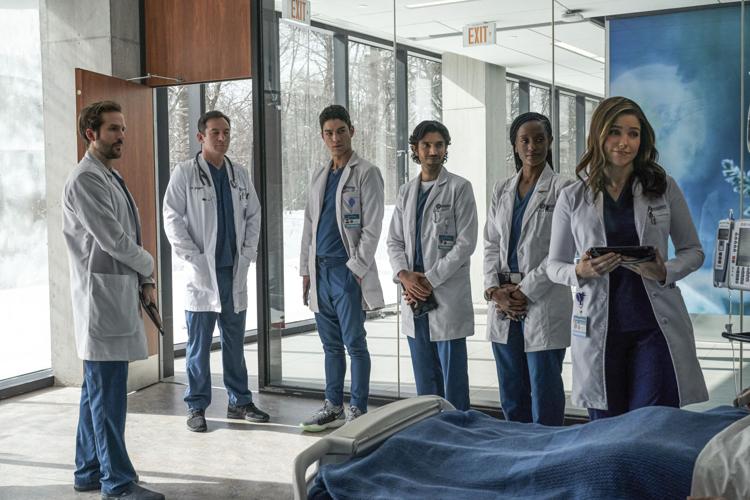 Sophia Bush, right, plays a gifted heart surgeon who has to lead a surgical team after her father falls into a coma on "Good Sam." 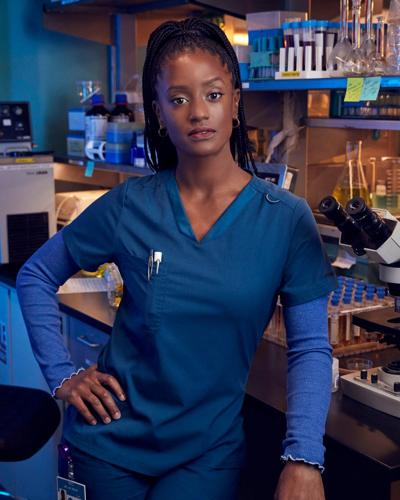 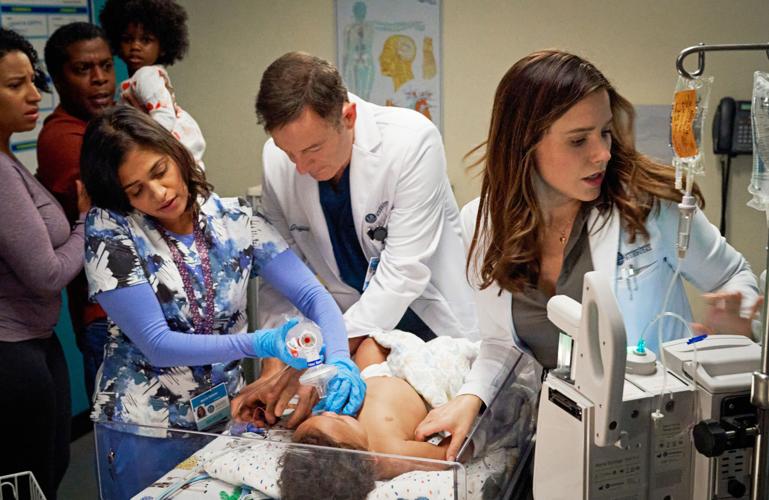 Dr. Sam Griffith (Sophia Bush) fights to keep her new leadership role as chief of surgery when her father and former boss, Dr. Rob "Griff" Griffith (Jason Isaacs), takes his case for reinstatement directly to the hospital board in "Good Sam." 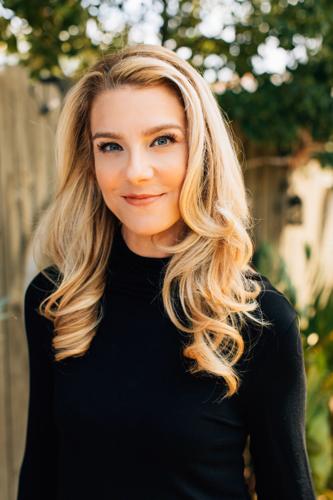 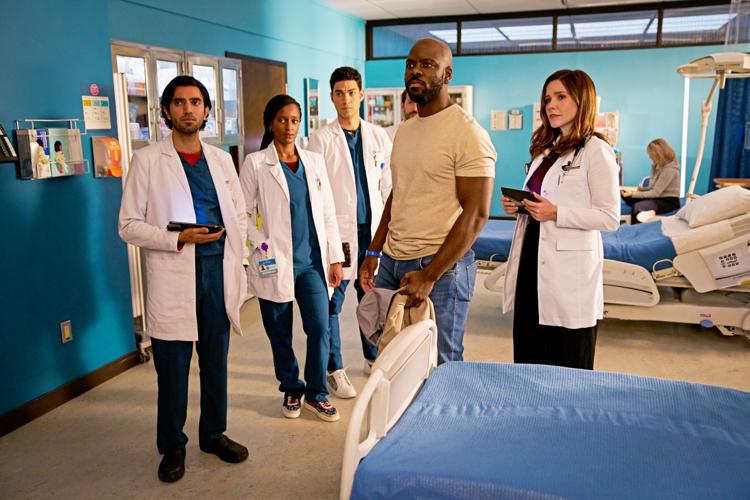 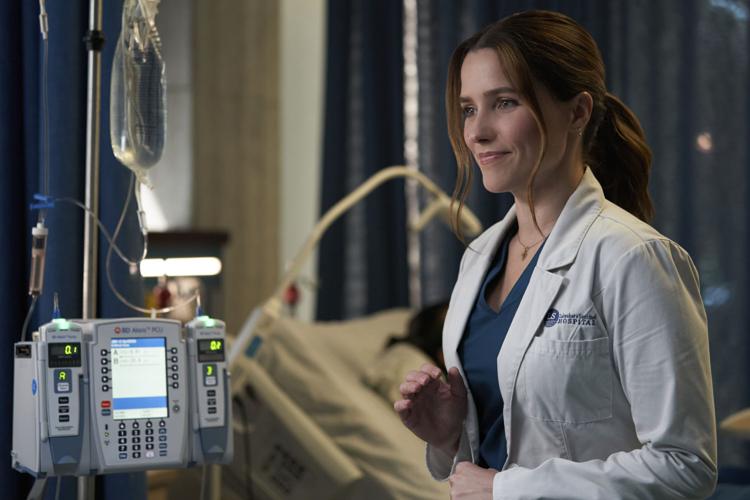 The actors in the new medical drama, “Good Sam,” have gotten so into their work they’re swapping surgical videos they find on the internet.

“It’s gotten so deep,” says Sophia Bush, who plays a heart surgeon. “It isn’t like it’s our job. It feels like this is the thing we care about the most and someone is paying us to do.”

Bush’s interest in medicine goes back to her childhood: “I wanted to be a doctor and I was particularly fascinated with heart surgery. Then, my high school drama teacher got in the way and put me in my first play. You can imagine the shock when I told my parents I wasn’t going to med school, I was going to study theater and learn how to do costumes and makeup.”

Medicine may be the one that got away but Bush hasn’t exactly been a slacker in acting – she starred on “One Tree Hill,” then segued into “Chicago P.D.” before taking the role in “Good Sam.” Originally set to film in February 2020, the production was shut down due to the coronavirus pandemic.

“That first day when we did get to set, you could just feel the gratitude and appreciation to get to do this and to tell this story now,” Creator/Executive Producer Katie Wech says. “We’ve had new appreciation for a medical show with such a big heart.”

In the CBS series, Bush plays a surgeon who replaces her father (played by Jason Isaacs) as the hospital’s top heart specialist when he falls into a coma. When he awakens, he wants to resume his work, which means he’s working under her.

For Bush, the most interesting part of the role is doing medical rehearsals and making sure she’s executing a procedure properly. “I’m actually living a dream,” she says during a Zoom conference.

A recent episode found her practicing how to do an incision on a prosthetic body. “I’m just slicing open this body over and over again on the rib cage. I’m like, ‘I really hope nobody finds this and goes, “What demented serial killer did this to our prosthetic?”’”

Rehearsals, Bush says, help the cast get the shot in one take. Props people have built the cast prosthetics to test their skills with bone saws and other instruments. “Through the whole pilot, I sat there tying one-handed surgical knots and I got them down so good.”

Because she and the others are representing medical workers during a particularly difficult time, they don’t take their performances lightly.

Skye P. Marshall, who plays another doctor on the show, says she worked in a hospital when she was in the U.S. Air Force. Now, as an actor, she gets to experience what real surgeons go through. “Creating that choreography in the OR is like a dance routine,” she explains. “It becomes so fun when we nail it. We’re constantly learning.”

Currently, the actors are finding shortcuts to nail the terminology (there’s an app doctors pointed out) and following surgeons on Instagram.

During the pandemic – when they weren’t able to act in their own show – they binge-watched “Grey’s Anatomy.”

TV shows with the most Emmy wins of all time

Worth Watching: Lionel Richie’s Big Night, Rebecca’s Last Night on ‘This Is Us,’ A ‘Mr. Mayor’-al Recall, ‘Little People’

Lionel Richie is the latest recipient of the Library of Congress Gershwin Prize for Popular Song in a starry tribute. In the penultimate episode of "This Is Us," the family gathers around Rebecca to say their last goodbyes.

What can reverse late-night TV's decline?

Members of the key 18-to-34 demographic find the late-night TV format stale, the hosts unrelatable and the topics patronizing.

"So You Think You Can Dance," returns to Fox with a new judging panel. Graduation and weddings are on the agenda as ABC’s comedies sign off for the season.

The season is over for NBC’s "Law & Order" lineup, ABC’s "Station 19" and "Big Sky," FX’s "Atlanta" and "Halo" on Paramount+, while canceled CBS comedies "The United States of Al" and "How We Roll" take their final bow.

Worth Watching: On the Road with ‘Hacks,’ Young Uhura on New ‘Trek,’ ‘Atlanta’ in Black and White

Sophia Bush, right, plays a gifted heart surgeon who has to lead a surgical team after her father falls into a coma on "Good Sam."

Dr. Sam Griffith (Sophia Bush) fights to keep her new leadership role as chief of surgery when her father and former boss, Dr. Rob "Griff" Griffith (Jason Isaacs), takes his case for reinstatement directly to the hospital board in "Good Sam."