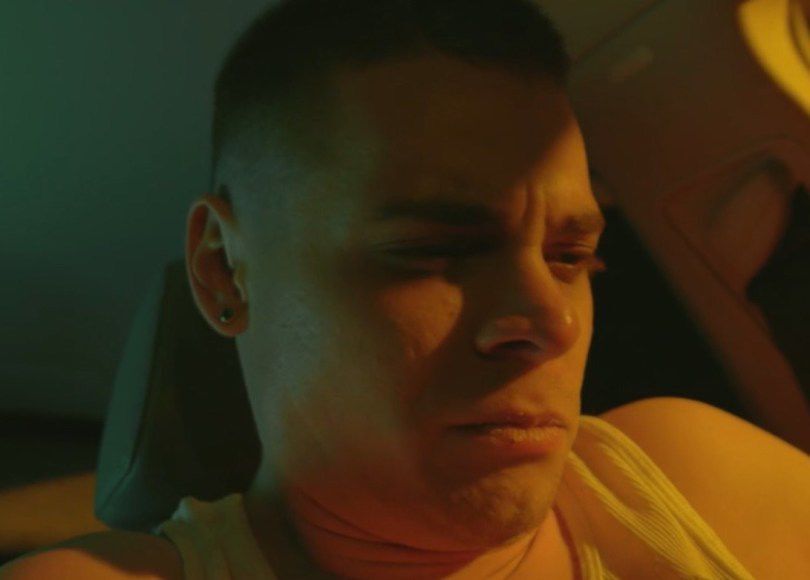 "June Heist," directed by Angela Houston, has been in the works since the NAU senior was a sophomore.

Under the advisement of professor William Carter, senior Angela Houston, junior Ember Crowley and recent graduate Huntr McMillan submitted three projects produced through UTV Studios, NAU’s independent film studio within the School of Communication, to film festivals around the world. While some have yet to announce their nominations, the feedback the young filmmakers have received from so far has been more than encouraging.

“Every year there's maybe one or two films [out of UTV] that get a little traction in the film festival world, but never like this,” Carter said.

The studio places creative media and film students who sign up for the elective class in a variety of roles to provide them with crucial hands-on experience in the film industry, working alongside professionals to experiment and supplement what they learn in the classroom setting—writing, editing, producing, directing, cinematography and more.

In regard to the students’ most recent work out of UTV, it was the growth in their script writing that stood out most to the filmmakers.

“Our storytelling abilities have really developed over the last few semesters,” Houston said, noting that the technical aspects of UTV films have been more consistently recognized than the scripts in the past. “Once we started writing stories that were a little smaller and tighter and more about specific moments, as opposed to trying to take a feature film and making it into a short film, I think that's where we took a turn to start actually being recognized not only on like a national level, but at an international level.”

“The Believer,” directed by McMillan and produced by Houston, won two Los Angeles Independent Short Awards—silver for Best Student Director 2020 and gold for Best Crime Short 2020—and was nominated for four Rocky Mountain Emmy Awards—Best Writer, Best Director, Best Sound and Best Editing. The captivating short film tells the story of an 18-year-old going through a cartel initiation ceremony. It was shot with a small cast of four, but started out as something much larger before a suggestion by Carter led McMillan to approach the story differently.

“We literally cut 10 locations, we cut two characters, we cut nine pages and we really, really pulled it back and just shot the bare essentials,” McMillan said. “And that's ultimately what made the movie better.”

“When [McMillan] told me [about the last minute changes], I mean, I only had a small heart attack,” Houston said with a laugh. “And then I realized, as long as we're telling a better story that is the entire purpose of what we're doing, to tell stories that engage people because I think this is our way connecting to the world.”

Houston’s “June Heist” focuses on a single mother dealing with the effects of poverty. The NAU senior began writing the script for the film, which won three Los Angeles Independent Short Awards—silver for Best Acting Duo, gold for Best Student Short Film and platinum for Best Student Director (Female)—her sophomore year. Throughout the seven semesters Houston has worked with UTV, she said she’s learned to be more flexible and open minded when it comes to changes that might have to be made as issues arise during the movie-making process.

For Crowley, “Skin Deep”—which won Best Thriller Short and Best Student Film (Female) at the Los Angeles Independent Short Awards as well as Best Student Film at the Calcutta International Cult Film Festival among others—offered a unique opportunity to work with Chloe Marie Aldecoa, one of the writers from UTV’s writer’s room.

The film, about a young man injured in the woods who receives help from a mother figure who may have ulterior motives, was Crowley’s first thriller, demonstrating the opportunities UTV gives students to collaborate and prepare for their post-college careers in a fast-paced industry.

“UTV is probably the closest thing in NAU that you'll get to being on an actual set and it's really professional so I think it's helped to prepare us for the real film world,” Crowley said. “That's something that you don't always get and it's also helped give us connections for the future.”

“Skin Deep” was Crowley's third film to win awards in national and international festivals, and the 19-year-old filmmaker—who was nominated for a Viola Award for Best Emerging Artist this year—has already worked on two professional film sets as a sound technician and production assistant.

McMillan has also begun working on professional sets since graduating, carrying on the esteemed reputation of the program.

“There is nothing like UTV in terms of learning actual on-set experience,” he said. “I mean, that stuff is practically priceless and anytime I come onto a set as a production assistant, I'm always ahead of the other production assistants just for the simple fact that I've been on set so much with UTV.”

While recognition at film festivals is a worthy accomplishment, the filmmakers agree that the true reward is being able to share their art and ideas with crew members and audiences. Crowley recalled one of the times she screened her work at FilmBar in Phoenix after which several audience members complimented her recognizable style.

“They were like, ‘We love your work because we can tell it's an Ember movie.’ That they remember what I made is better than any award I've ever received,” Crowley said. “Just to know that, yeah, my movies are making just a little bit of a difference on the people who watch them [is rewarding].”

Like any art form, film has the power to convey strong ideas in a digestible format, leading audiences to learn more about the world than what their own perspectives might offer.

“I completely believe that cinema has the power to change the world through its representation of others and through the creation of art from the others who have been voiceless for so long,” Houston said.

“I think if film was made important in more places people would have more empathy for each other,” McMillan added, using Jordan Peele’s 2017 thriller Get Out as an example. “I have no idea what it's like to be an African American man in modern society. But I watched that movie and I felt the anxiety of that character and the claustrophobia of that character losing his mind. Nothing else does that.”

“Even if you don't speak the same language or you're at different ages, you're going to be able to connect to it somehow and find a shared meaning in it,” Crowley said in agreement.

The 50 best alien movies ever made

Stacker compiled data on all sci-fi movies on Letterboxd and ranked according to their average score. Here are the results.

Movies in a Minute: 'The Nest' & 'Antebellum'

Movies in a Minute: 'I Am Woman' & 'The Broken Hearts Gallery'

Movies in a Minute: 'I Am Woman' & 'The Broken Hearts Gallery'

Movies in a Minute: 'Mulan'

Movies in a Minute: 'Mulan'

"June Heist," directed by Angela Houston, has been in the works since the NAU senior was a sophomore.