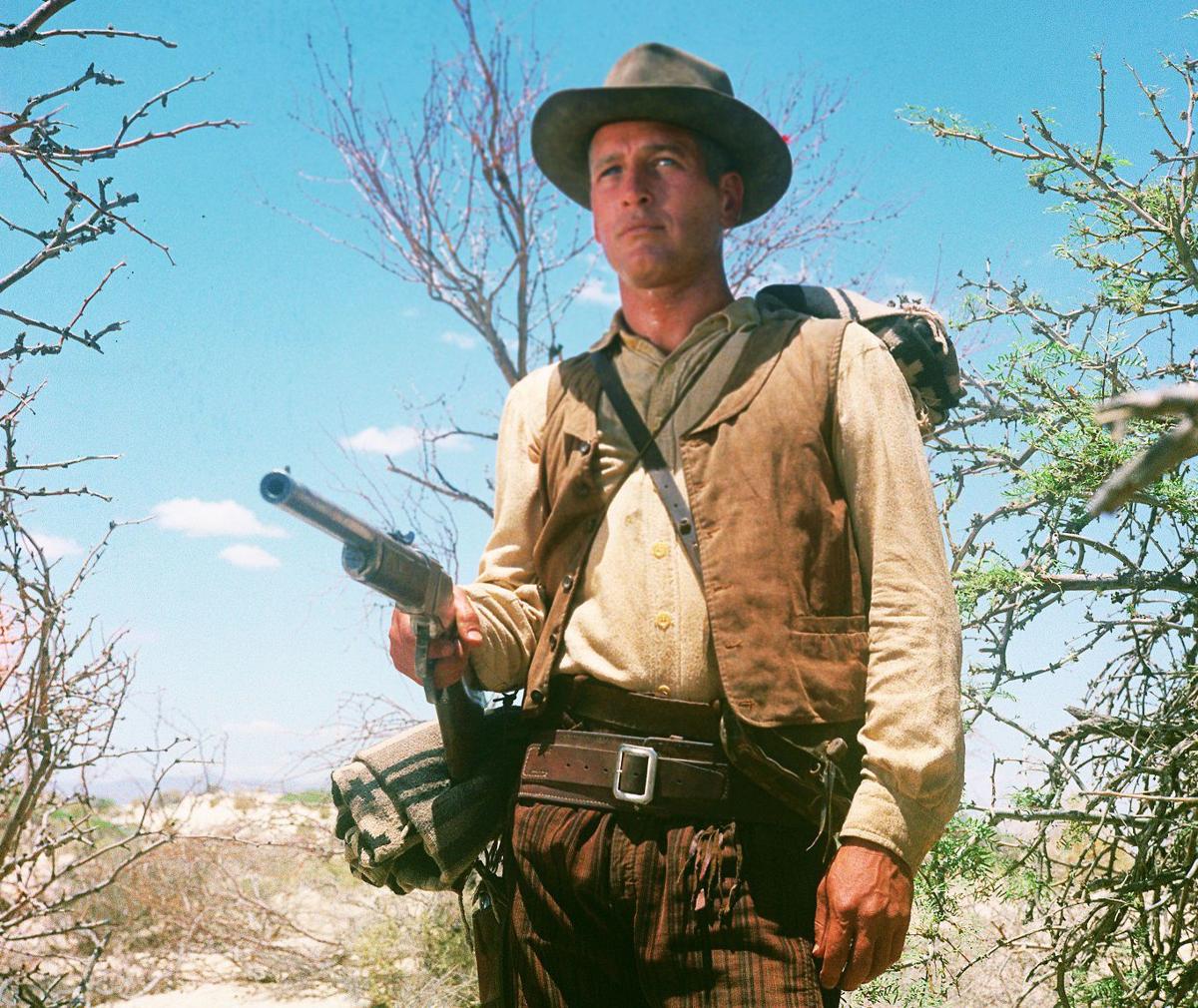 Paul Newman stars in "Hombre," this Tuesday's offering in the NAU Film Series. 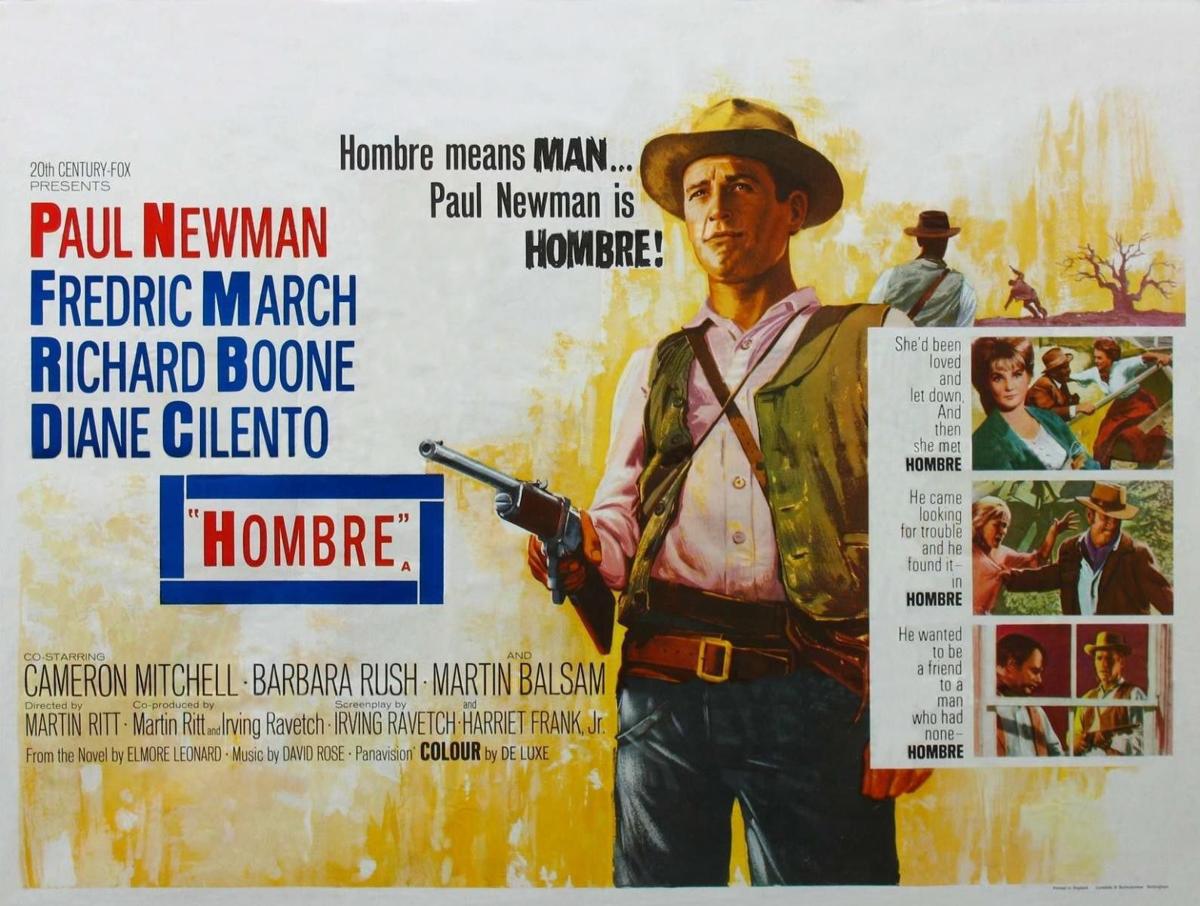 Seeing “Hombre” for the first time back in the 70’s made one aware that a western can be more than just “Cowboys and Indians” -- good and bad guys stuff.

With the current re-imagining of the past (the recent release “Hostiles,” for example) and the deconstructing of political correctness in Hollywood, it was enlightening, early on, to awaken to the fuzzy grey area of human nature. It was a revelation that films like “Hombre” could do more than merely entertain, but hold up a mirror to our inner natures.

We’re not all good, nor all bad. Martin Ritt, as a conscientious director, explored social themes in every movie he made. And in “Hombre” he explored identity during the '60s, a time of great strife in America.

“Hombre” is a definition story of a white man, raised by Indians and therefore shunned by proper society, until that proper society needs him. “Hombre” shows the hypocrisy of human nature, how a second class citizen, John Russell/Hombre (Paul Newman) can be raised up to an equal, if he has something to offer the prevailing elite. One’s value is only skin deep until one’s utility proves of greater value, with our outer shell-color an easy way to divide and conquer us.

We follow a stagecoach ride, a microcosm of the world and maybe even assume, as the other passengers do, that Russell is a shiftless cliché, when perhaps in a Martin Ritt film he’s more complex? At the heart of the film is Ritt’s complex exploration into human nature and what motivates our behavior in extreme circumstances. Ritt wonders why we’re categorized, as the film does, into “white man, Mexican and Indian” in descending order -- a hierarchy presented by Mendez, the “Mexican” driver to Russell, the “half-breed.”

Mendez instructs Russell that he can easily leap-frog from Indian (over the dark-skinned Mexican/Mendez) to civilized white man with a hair cut and new living arrangements. In this way, Ritt explores who the real class savages are in the world.

There’s a wonderful Elmore Leonard mystery involving stolen money that spans the entire film and demonstrates human greed. Money, a device undoubtedly from Leonard’s novel, adapted for the screen by the husband and wife screenwriters Harriet Frank Jr. and Irving Ravetch, motivates humans to do cruel things. In Russell, we meet a soft spoken soul who’s not greedy and not afraid and Newman’s “hombre” teaches us to do the right thing and face death with courage.

Martin Ritt’s collaboration with Paul Newman spans five films that started with an adaptation of William Faulkner’s “The Long, Hot Summer” in 1958, and includes the Academy Award nominated “Hud” in 1963 (shot, like “Hombre” by the great cinematographer James Wong Howe). It’s a fruitful collaboration that reaps endless sustenance, to those adventurous enough to harvest their souls. Enjoy the depths and explore your grey area… don’t be afraid.

Parking behind Cline Library in P13. Free with permit; go to the film series website for more information at http://nau.edu/CAL/Events/CAL-Film-Series/

(A cartoon will precede films of less than 120 minutes.)

The 'Nomadland' life: 'It's hard but it's healing,' says Bob Wells

For the real-life van dwellers who appear in “Nomadland,” life hasn’t changed drastically since the film was released.

Starring in a hit film is one thing, but kayaking all 50 states? That’s an accomplishment, says Charlene Swankie, one of the van dwellers featured in “Nomadland.”

I'm not sure I've ever seen a sex scene — or presex scene — quite like the one that arrives halfway through "Boogie," Eddie Huang's fascinatin…

For better or worse, 'Chaos Walking' crushes the possibility of a sci-fi franchise

If you think men are annoying in our world, wait till you get a load of them on the planet New World in "Chaos Walking," the once highly antic…

REVIEW: A long 'Raya and the Last Dragon' borrows plenty from the past

“Raya and the Last Dragon” seems like it should be based on some ancient tale passed down through generations.

REVIEW: 'I Care a Lot' should scare plenty of senior citizens

“I Care a Lot” is incredibly good during its first 30 minutes or so. Then, it takes an abrupt left turn and becomes a film that doesn’t quite know what it wants to be.

Paul Newman stars in "Hombre," this Tuesday's offering in the NAU Film Series.