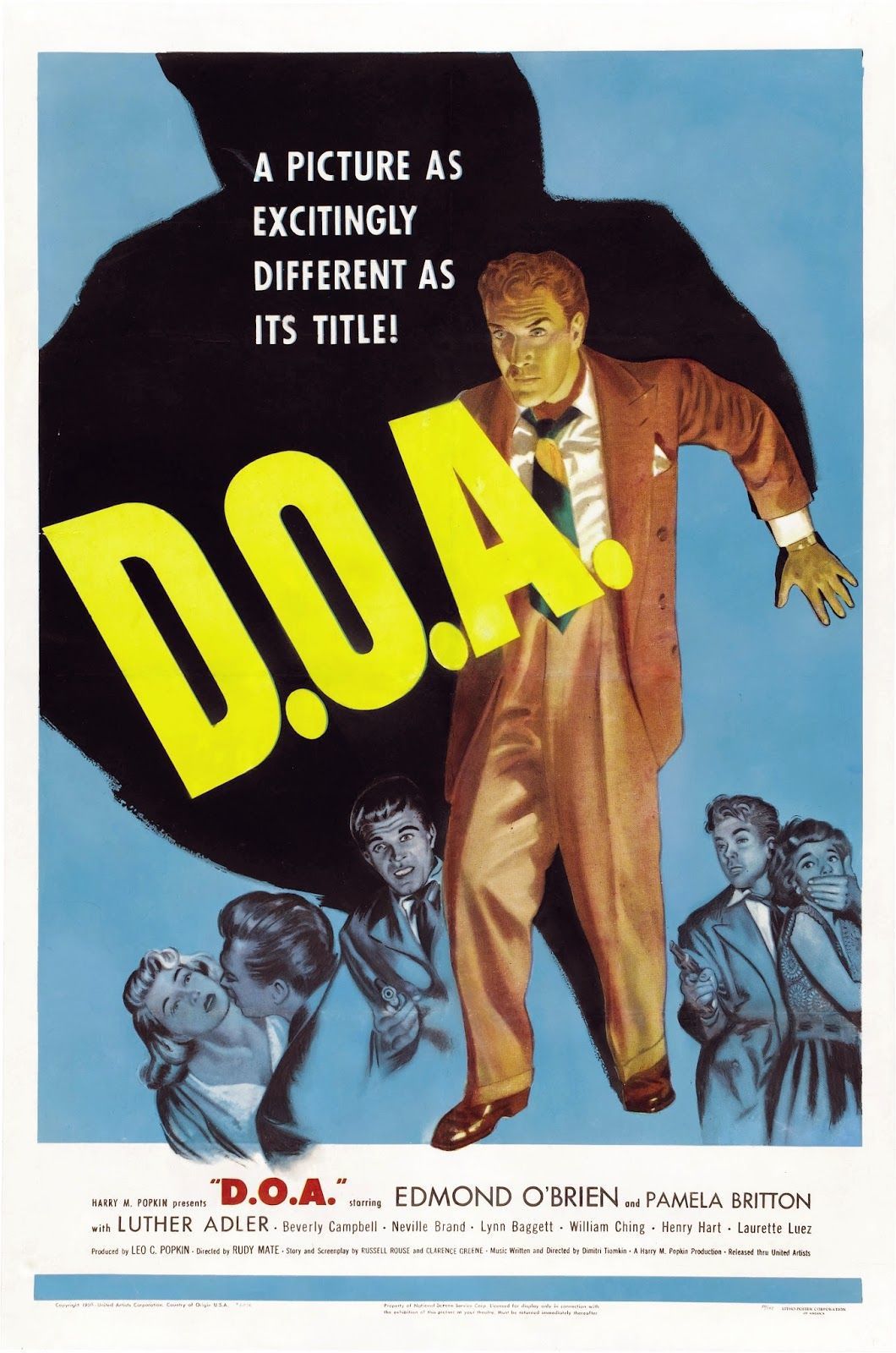 The film poster for "D.O.A.," which will screen as part of the Flagstaff Film Noir Festival. 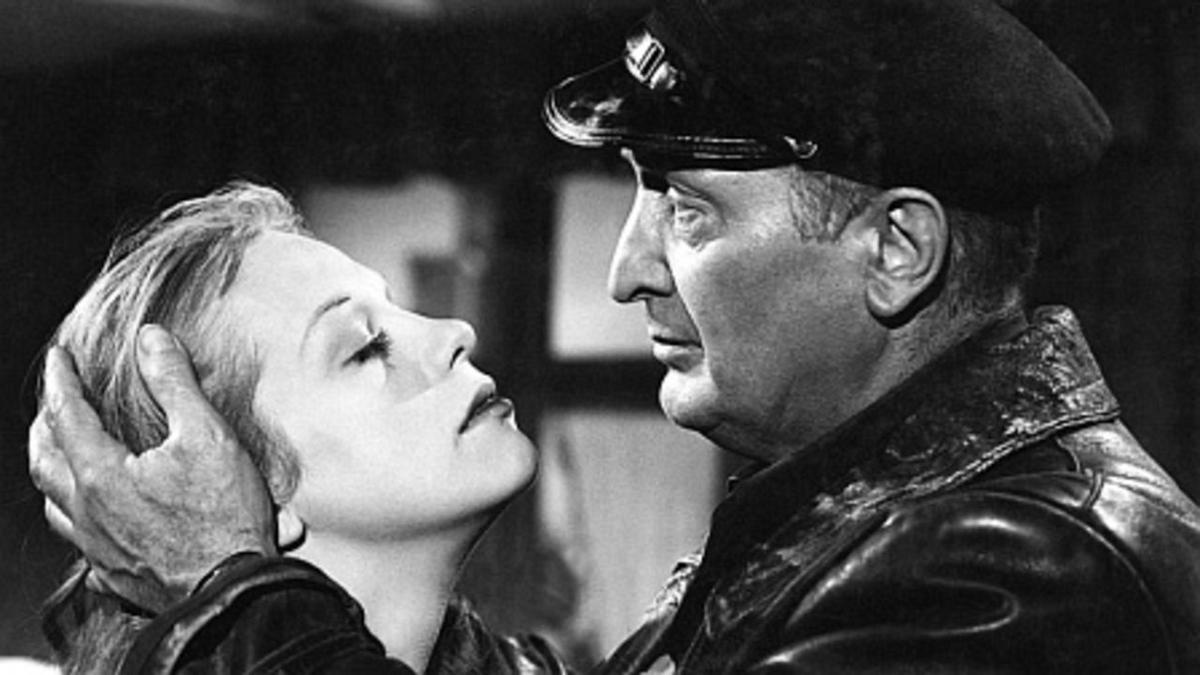 A scene from the film, "Detour," one of 11 that will take place as part of the Flagstaff Film Noir Festival.

The sultry dames. Their nasty boyfriends. The double crossings and triple crossings and framings. The gritty streets. The fog and shadows and streetlights. The tough-talking private eyes.

These elements of film noir are so iconic that they’re engrained in many people’s views of classic Hollywood drama. In the height of the film noir period — from the early 1940s through the late 1950s, these dark and twisted tales tantalized filmgoers looking for an antidote to the Hollywood happy ending.

These days, film noir has continued its fan base, is emulated in a number of modern movies and television shows and has even grown to develop scholarly interests. Next weekend, the Artists’ Coalition of Flagstaff hopes to connect to the love for noir with first Flagstaff Film Noir Festival.

The 11 films are screened Friday, Jan. 22 through Sunday, Jan. 24 at the Coalition gallery in the Flagstaff Mall. The 3,500-foot space will be set up for the screenings. The big score for the Coalition is that, along with the lineup of movies, they will have Foster Hirsch, an author of 15 books on films and seasoned expert in noir. He’ll introduce nine of the 11 titles and discuss each.

Tickets are $5 for a single movie, $10 for a day pass and $25 for a full festival pass. Popcorn and refreshments will be available. The first film is 1 p.m. Friday and the last one is 4:30 p.m. Sunday. Learn more about the event and get details on each of the movies at www.flagstaff-arts.org.

Mike Frankel, executive director of the Artists’ Coalition, has made regular trips to the Palm Springs Noir Film Festival and has met a number of the leading experts of the genre. He spoke to Hirsch about his interest in starting up a similar festival in Flagstaff, and he said to Frankel, “Count me in.” The festival sprang to life.

“He committed to coming and introducing nine of the 11 movies, and he knows all the production notes and how the films came to be,” Frankel said. “And we have so many great films. It’s real cross section of film noir, which came up as a rebellion of the Hollywood rose-petal ending. I think people really relate to that kind of thing. These characters live hard and they’re always on the wrong end of the deal. We even have a movie with Frank Sinatra as a presidential assassin (“Suddenly” from 1954).”

Some other highlights of the film lineup include “Detour,” a 1945 movie about a hitchhiking situation gone wrong, “Kansas City Confidential,” a 1952 movie about a man wrongly accused of a bank robbery who seeks revenge and “Scarlet Street” by famed filmmaker Fritz Lang from 1945.

Hirsch will introduce all the films except for “Blonde Ice” and “Kansas City Confidential.” He is a professor of Film at Brooklyn College and has written such books in film as “The Dark Side of the Screen: Film Noir,” “Detours and Lost Highways: A Map of Neo-Noir” and “Acting Hollywood Style.”

The Flagstaff Film Noir Festival runs Friday, Jan. 22 through Sunday, Jan. 24 at the Coalition gallery in the Flagstaff Mall. Foster Hirsch, an author of 15 books on films and seasoned expert in noir, will introduce nine of the 11 titles and discuss each. Learn more about the event and get details on each of the movies at www.flagstaff-arts.org.

The 'Nomadland' life: 'It's hard but it's healing,' says Bob Wells

For the real-life van dwellers who appear in “Nomadland,” life hasn’t changed drastically since the film was released.

Starring in a hit film is one thing, but kayaking all 50 states? That’s an accomplishment, says Charlene Swankie, one of the van dwellers featured in “Nomadland.”

I'm not sure I've ever seen a sex scene — or presex scene — quite like the one that arrives halfway through "Boogie," Eddie Huang's fascinatin…

For better or worse, 'Chaos Walking' crushes the possibility of a sci-fi franchise

If you think men are annoying in our world, wait till you get a load of them on the planet New World in "Chaos Walking," the once highly antic…

REVIEW: A long 'Raya and the Last Dragon' borrows plenty from the past

“Raya and the Last Dragon” seems like it should be based on some ancient tale passed down through generations.

REVIEW: 'I Care a Lot' should scare plenty of senior citizens

“I Care a Lot” is incredibly good during its first 30 minutes or so. Then, it takes an abrupt left turn and becomes a film that doesn’t quite know what it wants to be.

The film poster for "D.O.A.," which will screen as part of the Flagstaff Film Noir Festival.

A scene from the film, "Detour," one of 11 that will take place as part of the Flagstaff Film Noir Festival.