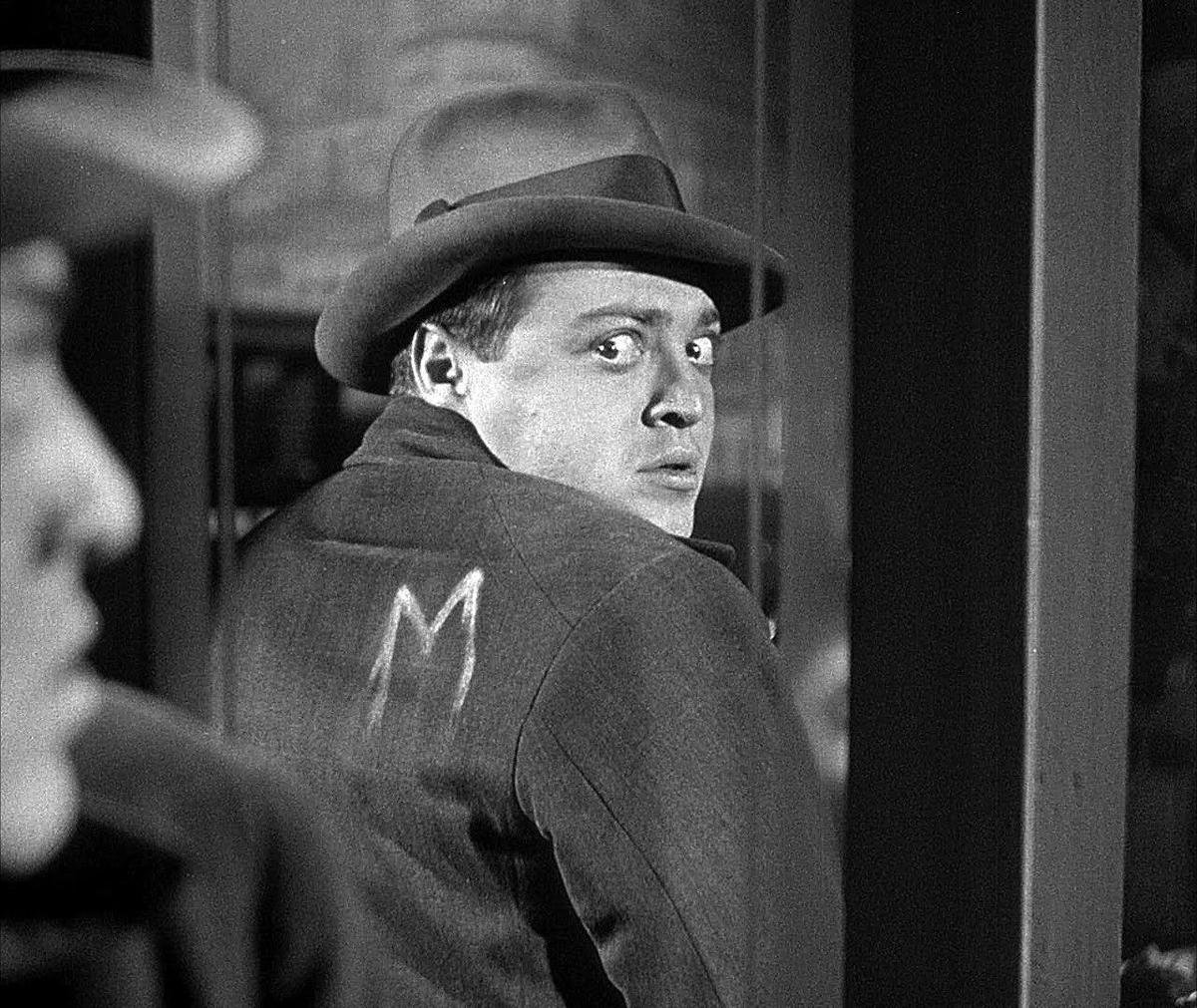 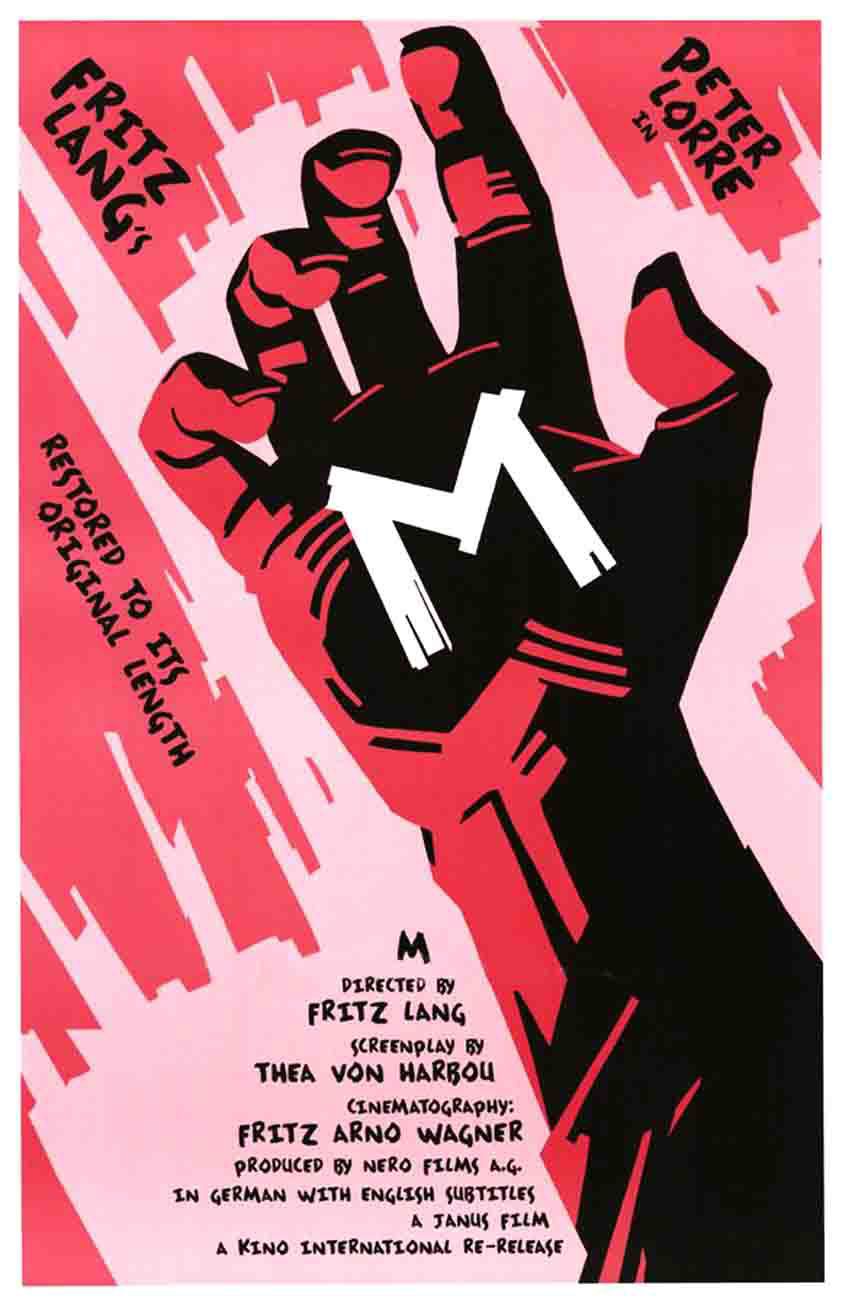 First came the invention of moving pictures and the first European showing of a film in 1895 in Berlin. That led to the golden age of German cinematic Expressionism, which ended in the late twenties. From there on, sound films or “talkies” brought forth such early German masterpieces as “The Blue Angel” (1930), which established Marlene Dietrich’s international career, and Fritz Lang’s “M,” ranked by the British Film Institute at number 56 out of its top 100.

Born in Vienna in 1890, Fritz Lang literally grew up with the motion picture, beginning his film-writing career while recuperating from wounds received in World War I, where he had lost his right eye and gained the eye patch that he wore the rest of his life. From 1920 until his emigration in 1934, Lang worked in the prestigious UFA and Nero production studios in Berlin, honing his directing craft with “The Spiders,” “Dr. Mabuse,” and a two-part film rendering of the “Nibelungen” saga.

All of the films Lang directed in Germany were co-written by the German writer and actress Thea von Harbou, Lang’s wife from 1922-1933. The pinnacle of their silent film collaboration was the groundbreaking and influential futuristic drama “Metropolis” in 1927, which garnered Lang international acclaim.

In 1931, von Harbou and Lang teamed up for “M,” their first sound film, after which they would make only one more film together before the half-Jewish Lang emigrated. Von Harbou increasingly sympathized with the Nazis, eventually joining the party in 1940, and the couple divorced by the end of 1933.

“M” is set in immediate pre-Nazi Berlin, and while it is, at first glance, not an overtly political film, it does reflect German society and politics of the time.

The story focuses on the hunt for a child murderer (Peter Lorre), and the movie begins with the disappearance of a schoolgirl who is offered a balloon by a man we initially see only in silhouette. We follow the police pursuit closely, but as their manhunt spreads into more and more corners of the city, the underworld sees its various “businesses” collaterally threatened and organizes its own search. (In homage to Brecht’s popular “Threepenny Opera,” Lang depicts the members of the “beggars’ guild” as the most effective trackers.)

Although the film’s conclusion brings a kind of resolution of the police/underworld dichotomy, the fate of the killer may surprise viewers. As the “BFI Greatest Films” reviewer notes, despite the “atmosphere of dread” created in the film’s earlier scenes, the director “daringly establishes the killer as a figure of pathos.”

Peter Lorre gives a masterful performance as the killer Hans Beckert, as does Gustaf Gründgens, as Schränker, the leader of the underworld gang. For Lorre, the movie provided a springboard to an international career (including “The Maltese Falcon”), and Gründgens came to be acknowledged as the consummate Mephistopheles in stage productions of Goethe’s “Faust.”

Lang himself went on to a long and productive Hollywood career, with nearly two dozen films like “Fury,” “Western Union,” “The Big Heat,” and “While the City Sleeps,” many of which established him even more firmly as a master of the film noir genre.

Parking behind Cline Library in P13 free with a permit; go to the film series website for more information at http://nau.edu/CAL/Events/CAL-Film Series/

Review: In 'Belle,' a dazzling anime 'Beauty and the Beast'

Anime master Mamoru Hosoda makes movies that, even at their most elaborate, can reach such staggeringly emotional heights that they seem to br…

This art form has been around in a major way since 1938 when Orson Welles read a fake radio news broadcast adapted from H.G. Wells’ “The War of the Worlds.” Here are some of the best.

Simon Rex — yes that Simon Rex, the washed-up former MTV personality and star of "Scary Movies" 3-5 — gives one of the year's most triumphant …

Sidney Poitier, whose elegant bearing and principled onscreen characters made him Hollywood's first Black movie star, has died. He was 94.

Maybe by the end of 2022 we can hit the multiplexes without masks? In the meantime, here are some cinematic offerings in the new year that mig…