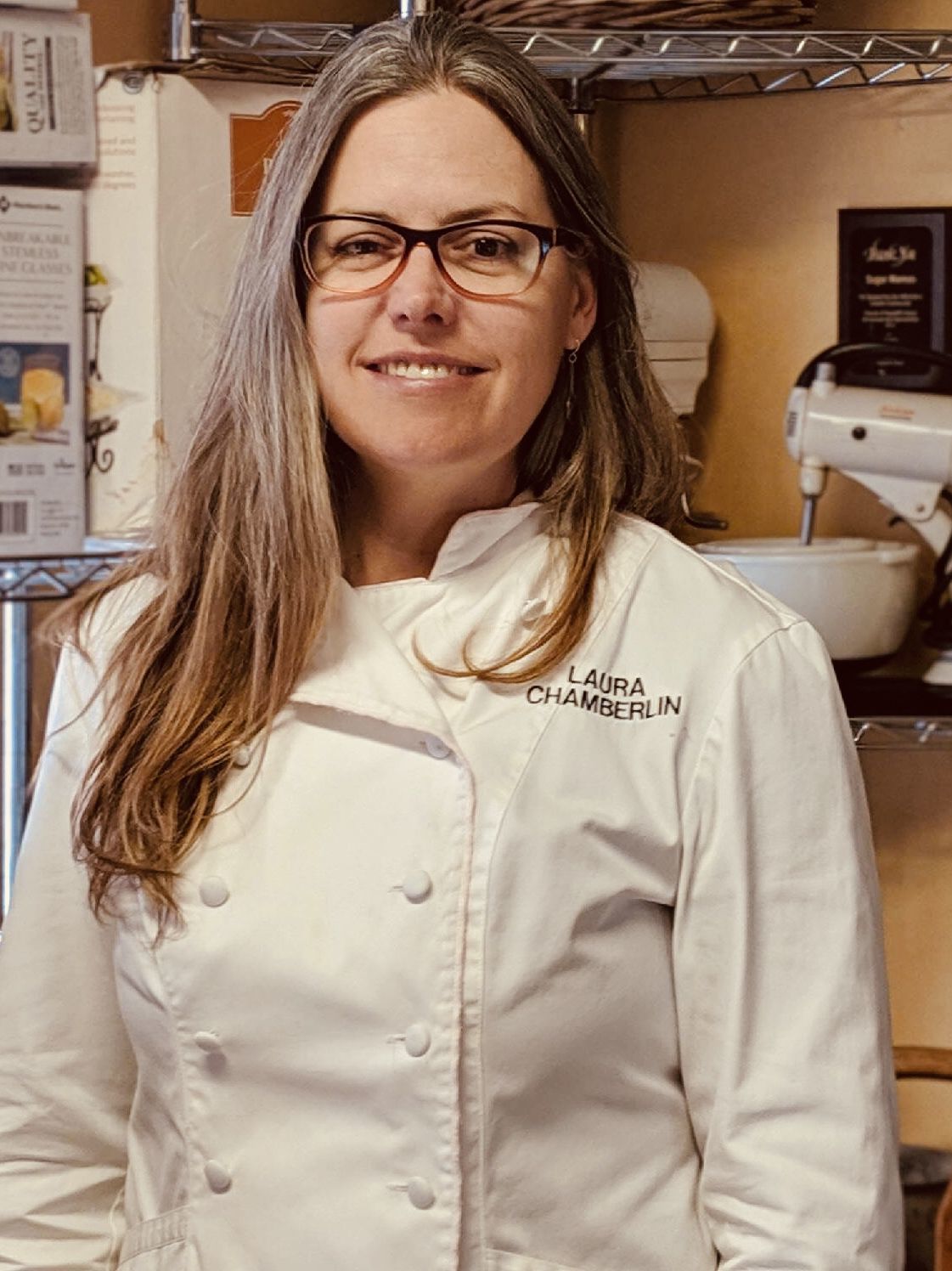 Chef Laura Chamberlin has versatility down when it comes to the kitchen, having cooked in fully-stocked restaurants as well as during hiking and river trips. 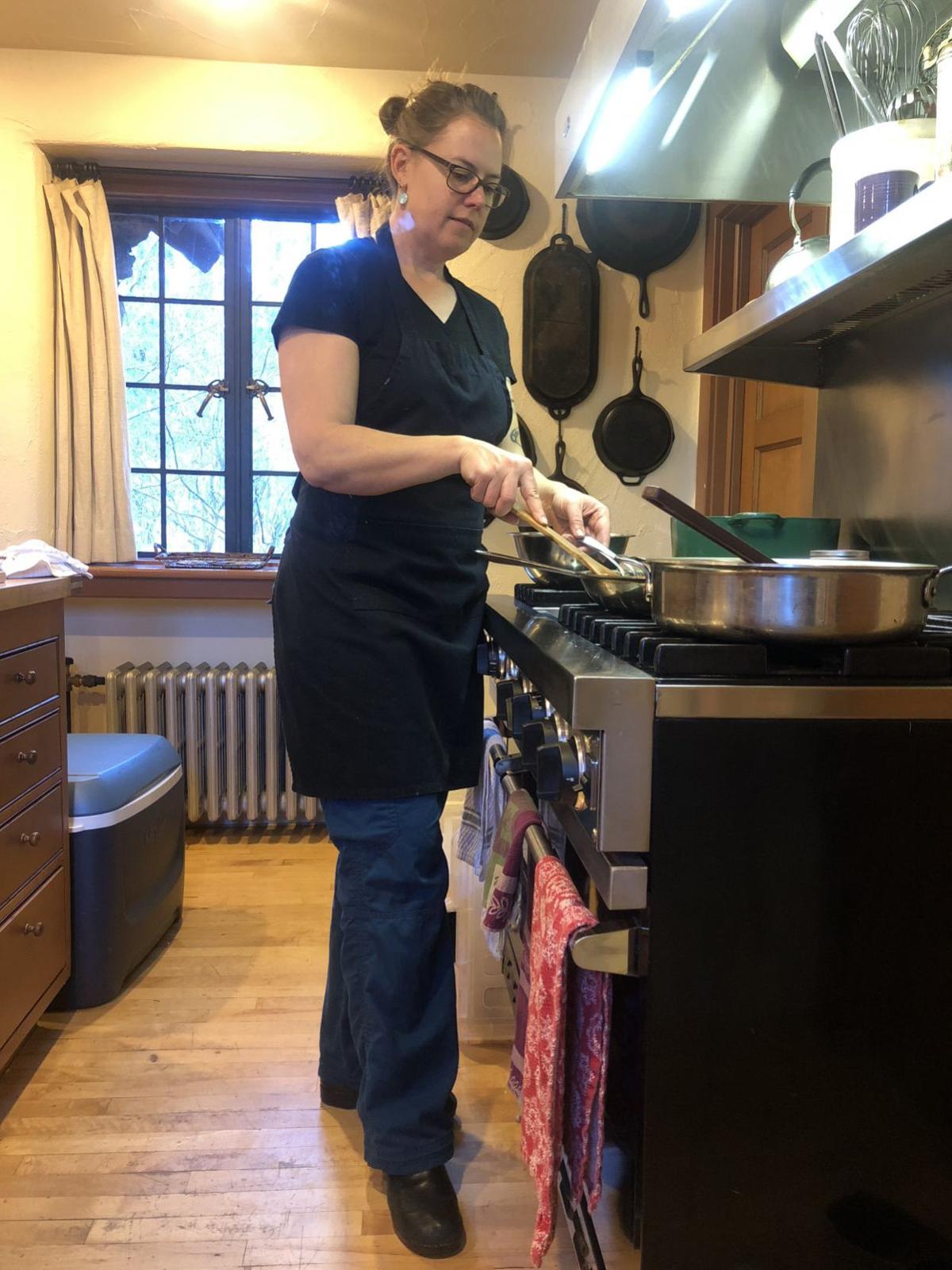 Quality vendors plus the Sedona red rocks made Massachusetts couple Kathryn and Thomas’ destination wedding a memorable one in all the best ways—especially where food was concerned. From Kathryn’s first correspondence with personal chef Laura Chamberlin, the bride-to-be was impressed with her comprehensive, customer-oriented style.

“Laura is an absolute artist,” she wrote. “Her food is fresh, clean, accessible, beautiful, tasty and satisfying.”

Chamberlin has the flexibility to cater weddings with up to 250 guests, but she prefers intimate gatherings, set in unique landscapes, like that of the Grand Canyon or Organ Pipe National Monument.

“It is a fascinating challenge,” she said enthusiastically. “I enjoy helping clientele bring a wedding outdoors in a beautiful wilderness setting.”

The Arizona native is uniquely qualified, boasting positions as a Grand Canyon river guide and food manager for Canyon Explorations on her resume. The extensive details of operating a mobile outdoor kitchen are second nature to her.

The services of a personal chef are broad. Are you renting a vacation home for the family and prefer to focus on touring instead of cooking? Hire a personal chef to shop for the goods, prep the meal, clean up and stock leftovers. Celebrating a landmark birthday? A personal chef can assemble the food in a commercial kitchen or on site and clear it all away, so your only job is to blow out the candles. Want to instill some cooking basics in your teens? Call on a personal chef to discuss meal planning, teach skills and offer tips.

“I love the creative aspect and interacting with people,” Chamberlin said. “I can curtail the meal to dietary restrictions, tastes and consult as to allergies and so on to provide what they want.”

At first consideration, one might assume the price of hiring a chef out of reach, but consider the time saved, restaurant bills of feeding a crowd, tips, drinks—suddenly, a catered meal with no dirty dishes is attractive and economical. Chamberlin offers two pricing categories, which can include the cost of food, a weekly rate, plus a low and high end with built-in maximum amenities.

“I can offer a quick estimate, and people are pleasantly surprised by the cost affordability,” she said.

Foodie television has made cooking accessible and desirable, though perhaps also a little romanticized. Chamberlin began to understand the hard work kitchen duty truly is, when she shifted focus after earning a degree in environmental biology to enroll in an accelerated associate’s course at Johnson & Wales University. She had been working in restaurants since she was 15 years old, and begged the manager to put her in the kitchen, where she gathered experience in, among other things, operations and volume cooking.

Alongside Paul Moir, Chamberlin earned a scholarship at culinary school to complete her Level 1 Sommelier course, and, in 2007, the two founded Brix Restaurant and Wine Bar. Chamberlin also enjoys community involvement, co-chairing Slow Food Northern Arizona in the past and acting as U.S. delegate to the Terre Madre slow food event in Turin, Italy, in 2010.

Chamberlin relishes every facet of the culinary realms as an ad hoc chef. This includes cooking at a remote camp or feeding athletes, such as a team of swimmers, upping their strokes and strength at Flagstaff’s High Altitude Training Center. These meals are prepared in a commercial kitchen and healthy, balanced plates are set with the necessary calories to keep the athletes fit.

Collaboration with local shops and farms is also important to the chef, and Chamberlin is passionate about seasonal wares, utilizing produce from Forestdale, Ruby Earth, Refugio Urban and Roots Micro Farms.

“The best products paired with fundamental culinary techniques allow the true flavor of food to come through,” she explained.

Working with farmers to showcase the variety of goods in farm-to-table dinners also benefits food banks and local causes via proceeds.

Invite a group of 12-year-olds into the kitchen to make Pad Thai for a fun family project to develop instincts, style and a palate. An affordable personal chef might just be the person who can lead the way.

Chef Laura Chamberlin has versatility down when it comes to the kitchen, having cooked in fully-stocked restaurants as well as during hiking and river trips.