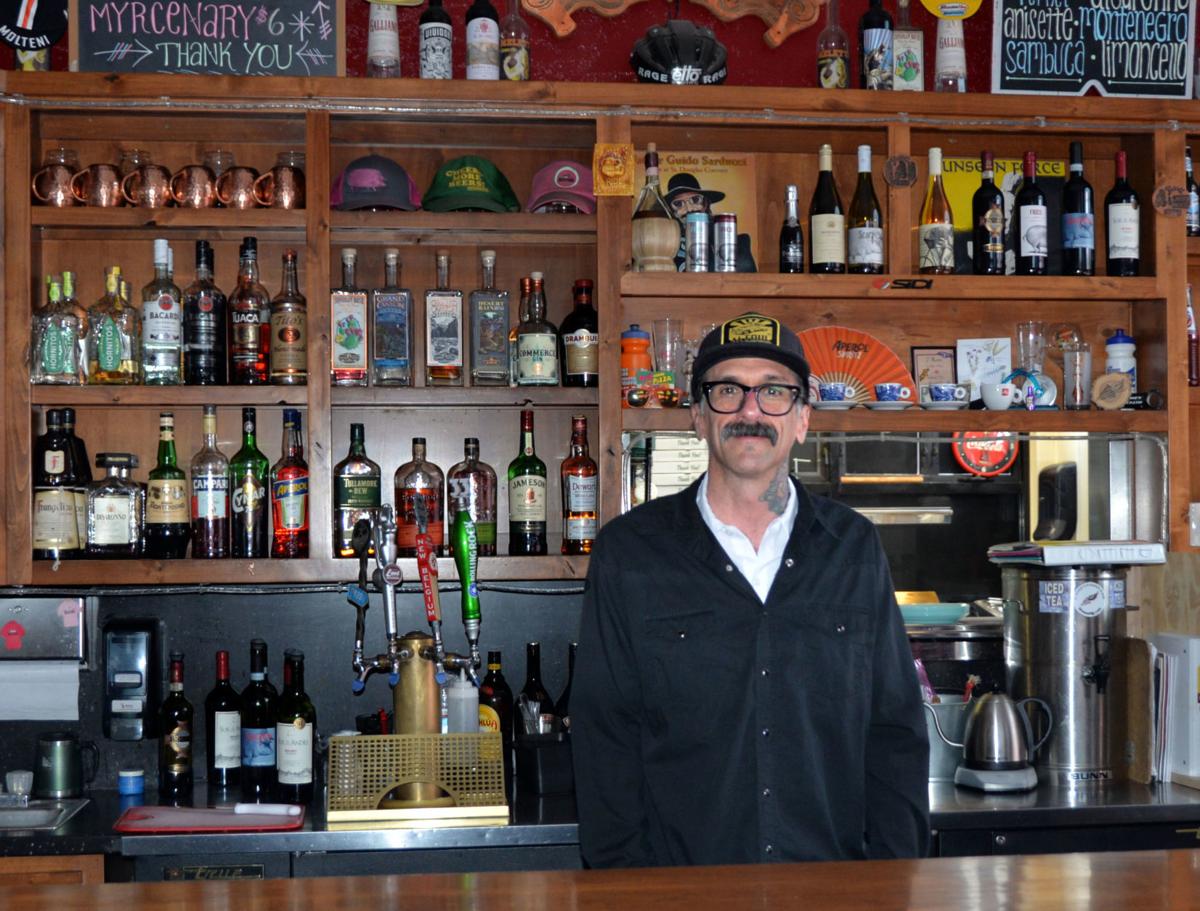 Chef Bob Verderame, who owns Il Rosso Italiane in Flagstaff, has 20-plus years of food service experience, minus his stint working in a tattoo parlor. 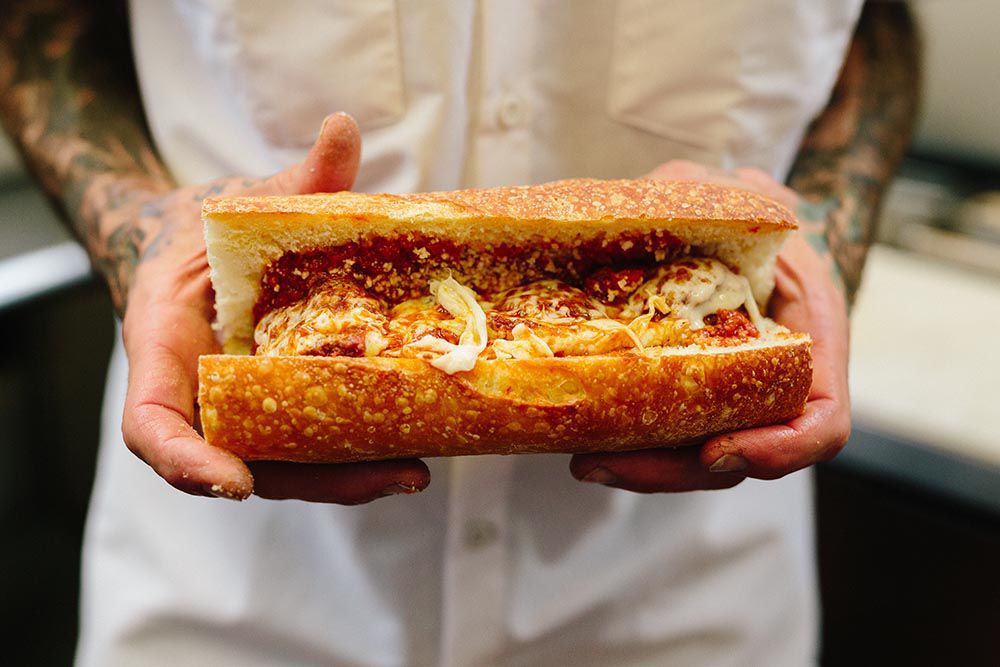 Il Rosso Chef Bob Verderame shows off one of his restaurant's prized dishes. 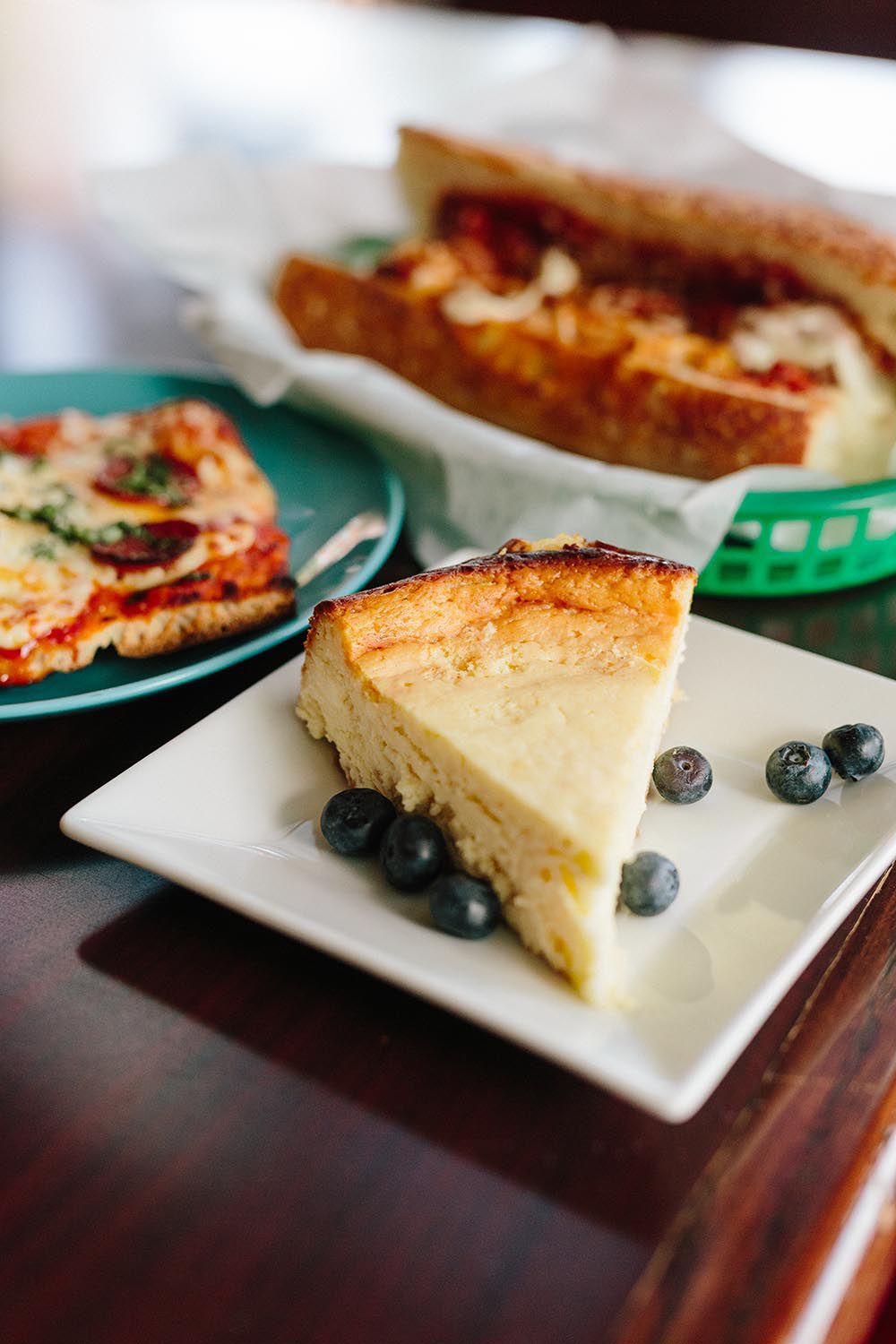 An array of Il Rosso's finest.

On the best days, operating a small business incurs risks and rewards. Staff can become like family, but like the most tight-knit of crews, tensions can also run high. Job satisfaction may soar, but there could still be funding challenges. The early years are tenuous, but on the other side, owners are generally better off financially than employees. And although small business hours can be demanding, they can also offer a good deal of flexibility. Despite the risks however, many Americans still prefer being in business for themselves as opposed to working for someone else.

But then there are the worst days. COVID-19 came, causing financial and health reverberations throughout communities across our nation and abroad.

As this health crisis proved, even with planning, foresight and innovation, things can turn on a dime. An owner’s dime. Tenacity certainly comes to bear when times get tough.

Enter Mr. Tenacity, Bob Verderame, supported and admired by local lovers of Italian food. With 20 years in food service—apart from a short stint in a tattoo parlor—he knows his way around a kitchen and a pot of red gravy, as he refers to tomato sauce.

He learned his skills from Palermo Sicilians, who worked tirelessly. He has cooked for huge family groups throughout his life, so at 50 years old, the self-taught chef decided to offer his recipes to Flagstaff.

Verderame has endured more setbacks than his legacy spaghetti and meatballs deserve. His original modest endeavor, Il Rosso Italiane, opened in 2014, but unexpectedly lost its lease in contractual fine print that razed the building to make way for the Residence Inn by Marriott Flagstaff, adjacent to Wheeler Park. Undeterred and without an oven, Verderame kept a pop-up presence at SoSoBa on Mondays for 10 months. There, he plotted his reinvention. Pushing past onerous details, he put it all on the line to open Il Rosso Pizzeria & Bar on Heritage Square in 2017.

“It’s not a 9 to 5 job—40 hours, you’re done. It’s 60-plus hours of cooking a week, not marketing, not planning, not books or scheduling,” Verderame said without a hint of regret. He also quickly credited his “kick-ass” staff for their support in managing the front and back of the house. “My crew is the best in the world—we’re family here.”

Verderame built that loyalty, like most owners, because there are no small jobs. He washes dishes, too, as the need arises, but his time is typically spent elsewhere, crafting his grandmother’s gravy and pop’s cheesecake. One recipe Verderame tweaked; the other is untouchable, perfect as is.

“We do it the hard way in attention to detail—I hope it sets me apart,” he said.

“There are a hundred different ways to do spaghetti and meatballs, so you have to work hard to rise to the top. It’s simple, wholesome food.”

Following the move and rebranding, Il Rosso’s menu expanded to include lasagna, baked ziti, Mom’s fagioli and, of course, pizza along with an array of other foods from Verderame’s childhood. The chicken Parmigiana is the best-selling sandwich.

Verderame is grateful for Flagstaff’s supportive food industry and other restauranteurs’ accomplishments.

“Small businesses take more time,” he explained. “You’re personally invested in a million small ways with no financial back-up. Business was booming before the shutdown. It’s the not knowing aspect that is hard—what’s ahead?”

Still, owners like Verderame show up, work all the jobs, share what they have and worry about their pandemic-sidelined employees as much as themselves. That kind of tenacity will turn that dime again as soon as the opportunity arrives.

“I love representing my New Jersey heritage and being my own boss,” he affirmed. “You don’t want to lose what you love.”

Chef Bob Verderame, who owns Il Rosso Italiane in Flagstaff, has 20-plus years of food service experience, minus his stint working in a tattoo parlor.

Il Rosso Chef Bob Verderame shows off one of his restaurant's prized dishes.

An array of Il Rosso's finest.