But his final ultra-run presented a wholly unique experience.

In the 1860s, more than 10,000 Navajo people were forced from their homes by the United States military and led to military-controlled reservation hundreds of miles away. Many did not survive the harsh elements and inhumane treatment they were subjected to during what would later become known as the Long Walk.

In 2018, to mark the 150th anniversary of his ancestors’ return to their homelands, Eskeets ran the equivalent of a marathon while following in their footsteps every day for more than two weeks.

“One thing that was a huge part of this was the spiritual aspect; it kind of had nothing to do with athleticism,” Eskeets said. “The body actually did the work, it had nice rhythm, the balance and harmony. Long distance running is preparation. Once you conquer it, it just becomes a part of you.”

Send a Runner: A Navajo Honors the Long Walk, written by Eskeets and Jim Kristofic and published through University of New Mexico Press this past April, recounts those 15 days spent on the road, Eskeets shaking his black gourd rattle to drive away the pain in his legs and lungs while passing sacred mountains standing sentinel along the 330-mile route. The story of the Diné is intricately braided into the story of Eskeets’ run.

These are stories with which Kristofic is deeply familiar, having heard and retold them throughout his childhood growing up on the Navajo Reservation. Now, living in New Mexico and teaching American literature to high school students, Kristofic welcomed the return — albeit brief — to the land where he first learned to tell stories.

Before departing from Canyon de Chelly on the first day, Eskeets prayed toward Tsé ya’aa’hí, (Spider Rock), the sacred sandstone spire where Na’ashjé’ii Asdzą́ą́ (Spider Woman) is said to have lived after teaching the art of weaving to the Diné.

“Edison’s prayers fall into the air like white cornmeal and become part of something that might be so old only Spider Woman remembers it,” the book described. “The medicine needs to be gathered. People need healing. They send a runner. This year, Edison is running.”

“They’re all excited he’s running, they could tell something was happening,” Kristofic said of the crowds they passed in the heart of Chinle. “I also thought, if I was a tourist from Indiana, I would be like, ‘What's going on here?’ It was clear to me that Edison was moving through a physical experience. I will often say he wrote this book with his body, and then I had to show people, try to bring them into the invisible things that were happening as he was running.”

Broken treaties and betrayals from the U.S. and Mexico, violent land disputes and radioactive pollution left behind a legacy of destruction and a pile of rubble out of which generations of Diné have had to climb.

“The history is so important to remember,” Eskeets said. “Unfortunately some of the history is very harsh, not just here in the Southwest, around the globe people have struggled. At the very end, [Send a Runner is] really about humanity.”

He and Kristofic met in Ganado a decade ago when Eskeets working at the trading post and Kristofic as a park ranger. Their friendship grew on the basis of respect and understanding of life on the Rez and the importance of maintaining a connection to the natural world. This easy familiarity shines through the pages of the book,Eskeets’ steady determination to honor those lost between Canyon de Chelly and Santa Fe repeatedly displayed as he pushes his body to its limits day after day.

He turned 60 on this final run. His 40 years of ultra-running experience providing him with the innate knowledge to understand what his body needs at any moment, whether it’s a new pair of shoes and socks, hydration, a small snack for an energy boost or a reprieve to listen to the spirits conveying a new hopefulness along the path.

Eskeets’ movements across asphalt and gravel are described more like dancing than running, prayer imparted with each step: “He dances forward with the rattle to the wildflowers — the white daisy, the scarlet globemallow — growing beside the road. He shakes the rattle to the sky. He shakes it to the four directions. He is running into souls. He shakes the sobs and tears of the people who passed the blue mountain on the way to some unfamiliar destiny where their gods might abandon them.”

Even if it weren’t for the inclusion of photographs taken during the run along with historical drawings in each chapter, readers would have no trouble imagining the events through Kristofic’s descriptive language. The writing style also draws largely from new journalism practices as Kristofic inserts scenes in which Eskeets interacts directly with him and takes creative license to describe the emotions of historical events.

At less than 200 pages, readers will quickly finish the slim volume. But the story will remain with the reader long after finishing those pages packed with action and knowledge not included in history books written through rose-colored glasses.

“It mentions how the old stories are so old, they are simply lost in the sand, and I don’t want that to happen,” Eskeets said. “[Send a Runner] is a part of a kind of renewal and look back into history, we can actually carry it and tell stories. I’m very proud of it, and hopefully people will enjoy it and utilize it as a resource.”

Send a Runner: A Navajo Honors the Long Walk is available through the University of New Mexico Press. It is Jim Kristofic’s sixth book. Visit www.unmpress.com for more information.

Kim Kardashian is in a legal tussle over new brand name

Kim Kardashian is in a legal tussle over new brand name

What Hollywood took from Mena Suvari

Review: 'Below the Edge of Darkness,' by Edith Widder

NONFICTION: This enthralling memoir recounts the lifetime work of a marine biologist trying to see into the dark depths of the oceans. "Below the Edge of Darkness" by Edith Widder; Random House (352 pages, $28) ——— Bioluminescence is one of those words, six science-sounding syllables, that might make some readers back away slowly. Such hesitation would be a shame, however, if it stops anyone ...

Few people have had as much to say about the American diet as Mark Bittman. Between his bestselling cookbooks, four television series and 30-year run covering food for the New York Times, Bittman, 71, entrenched himself in America’s kitchens. But his latest tome goes further than teaching readers what to eat and why. With a multi-millennial sweep, he uses cuisine to track the evolution of Homo ...

It was in the stars: George Lucas never gave up on making ‘Star Wars’ a reality

“Secrets of the Force: Complete, Uncensored, Unauthorized Oral History of Star Wars” by Edward Gross and Mark A. Altman; St. Martin's Press (576 pages, $29.99) ——— The Force was not with him. The studio didn’t understand his script. The crew thought he was an idiot. Even his friends thought he was making a mistake. But George Lucas made “Star Wars” anyway. And it made him and remade Hollywood. ...

FICTION: This thriller hinges on the allure of fast riches and the perils of misplaced ambition. "Godspeed" by Nickolas Butler; Putnam (352 pages, $27) ——— It's not hard to understand. Three buddies struggling to keep their Wyoming construction business afloat get a call from a California lawyer who wants them to finish building her mansion, and they think: This could be "the house that would ...

This week's bestsellers from Publishers Weekly

Review: 'Better to Have Gone,' by Akash Kapur

NONFICTION: A fascinating memoir about a Utopian city in India — which proves less than ideal. "Better to Have Gone" by Akash Kapur; Scribner (344 pages, $27) ——— The most surprising aspect of Akash Kapur's "Better to Have Gone: Love, Death, and the Quest for Utopia in Auroville" is the author's well-disposed view of the leaders, beliefs and practices of Auroville, a planned city founded in ...

Review: 'The Turnout,' by Megan Abbott

FICTION: This beautifully accomplished thriller about sex and family secrets is set in the high-stakes world of ballet. "The Turnout" by Megan Abbott; G.P. Putnam's Sons (352 pages, $27) ——— Dara, the heroine of Megan Abbott's new thriller, "The Turnout," has spent her life in her mother's shadow. Together with her sister Marie and husband Charlie — who was once their mother's star pupil — ... 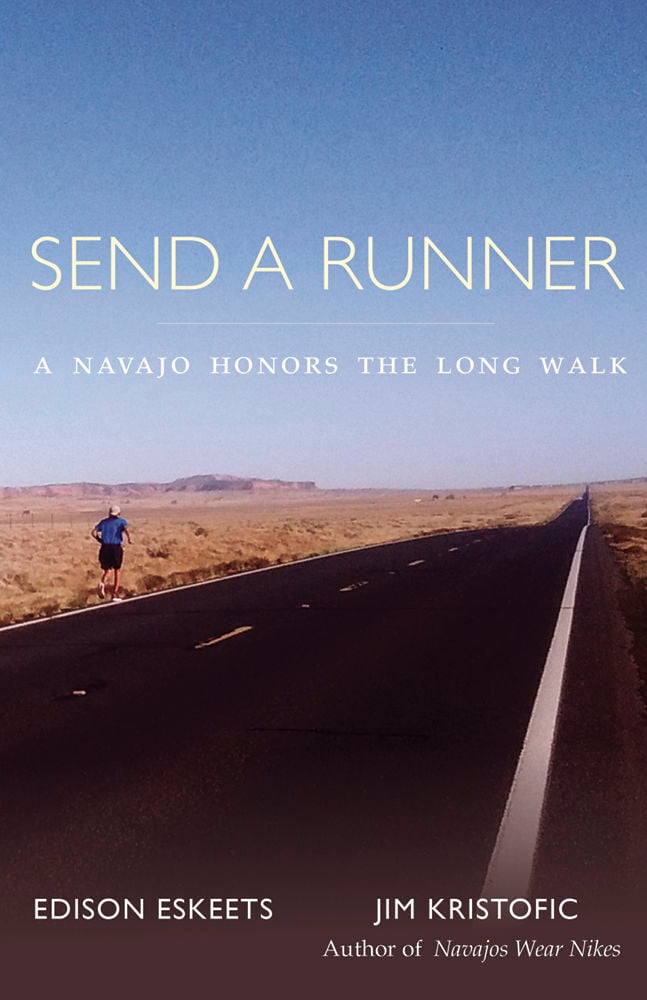