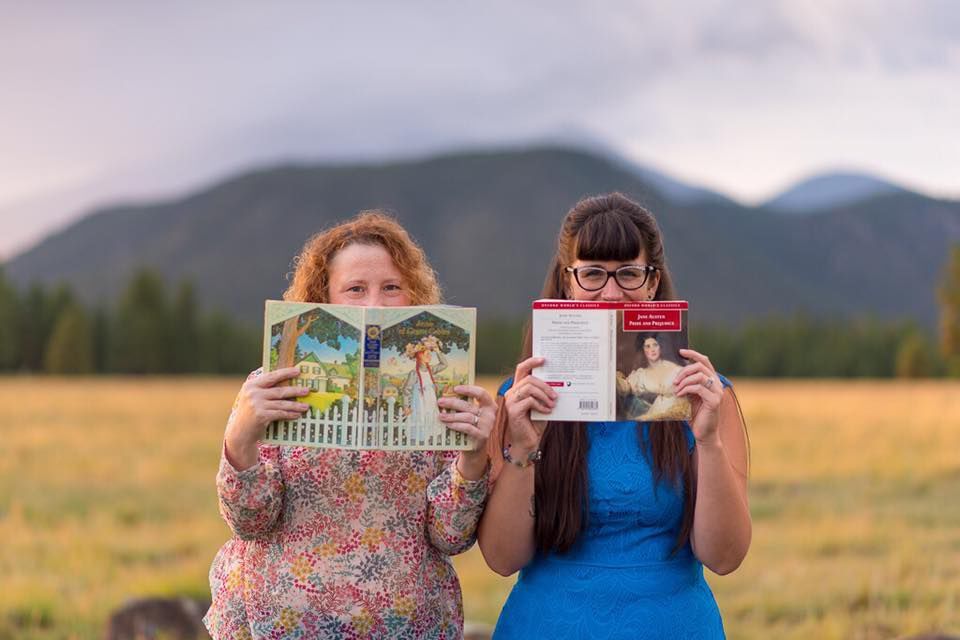 Books and Tea Podcast, hosted by Kyrie Fry and Cori Cusker, features conversations on literature as well as a new interview-style format, each conversation taking place while the hosts sip local and national teas. 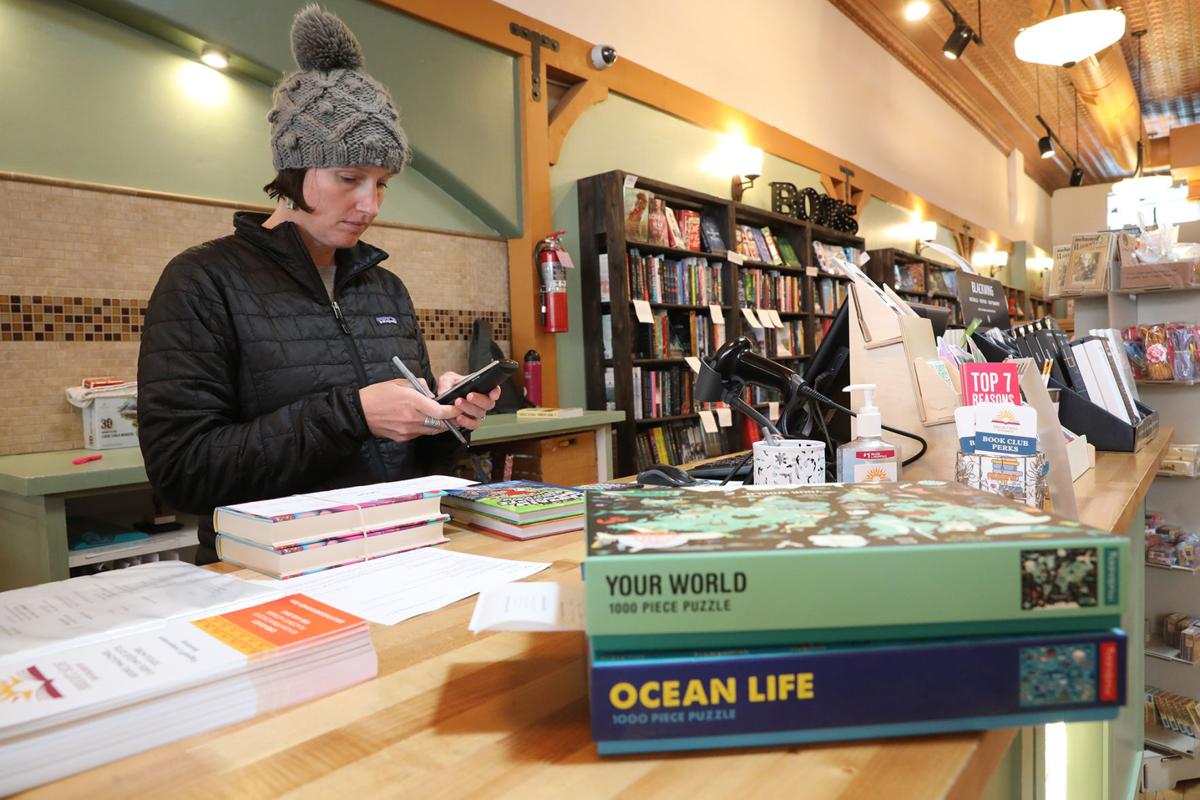 Preparing a book order for curbside pickup at Bright Side Bookshop.

The original version of this story ran in the October 17, 2019 edition of Flag Live!

The much-loved Books and Tea Podcast is currently taking a break but continued to put out the podcast during the beginning months of the COVID-19 pandemic. Recent episode topics include the local Barr3 studio and how owner Rebekah Kauffman is coping with the pandemic as well as one on Bright Side Bookshop and ways to support local bookstores during tough times.

If you've never heard of Books and Tea Podcast now is a great time to dive in, plug in your headphone and get listening.

Here is their story.

When it comes to books, Cori Cusker and Kyrie Fry disagree on a few things. Cusker is more into long-form narrative non-fiction, Fry could care less— “you don’t need seven different words to describe the redness of a tomato.” Fry likes 1800s British romance, Cusker likes Stephen King.  And don’t even get them started on short stories.

“I think we felt we had very similar tastes in books and what we discovered is no,” Cusker said with a laugh.

Cusker and Fry are the hosts of the Books and Tea Podcast. “A book club of two over tea,” is how Cusker typically introduces each episode. For the podcast, the hosts share their opinions about a genre, books and/or a particular author over tea and, as recently as season three, a pastry or treat of some sort. (For its season three finale, Fry brought gluten-free non-GMO Cranberry Orange Oatmeal tea while Cusker brought along an English Breakfast-type tea from Sipsby.)

The host’s propensity to disagree becomes apparent after listening to just a couple episodes, but that is part of what make the book club/podcast format unique.

“We’ll bicker sometimes, so it’s about being OK with disagreeing and not being judge-y about it (laughs)…  [It’s about] being able to talk about what you like and what you don’t like and why. Being able to deconstruct things,” Cusker said. “I think anyone who’s in a book club will tell you, there’s often richer conversation when there is dissonance. When you both liked it, you can certainly unpack why you liked it, but then you’re done, whereas, if you’re on opposite sides, there’s more room for debate.”

The podcast’s philosophy traces to a book club Fry started back in 2013. Although she ultimately ended up leaving it, she and Cusker later began meeting monthly at local tea shop Steep to talk about books, specifically books they’d been reading and were currently interested in. As their friendship developed so did talks about starting a podcast that would bring what they had been doing at Steep to the larger audio world, and on Aug. 2, 2017, Cusker and Fry released their first episode: “Why Books and Tea.”

Pretty soon the idea shifted to more of a format meant to “broaden our reading horizons,” Cusker said, wherein each episode featured a specific genre and a new or classical book that fit within said genre. But, like some book clubs have a tendency to do, and the reason why Fry eventually left hers, the books just weren’t that great.

“The idea was essentially a buddy read or mini book club. In our heads, when we started this, we wanted some structure, and initially did want to expand our reading horizons. We wanted, for lack of a better word, a shtick, so that was where we went… And it started not being as fun,” Cusker said.  “Why are we putting all this pressure on ourselves to do something if this is supposed to be fun and we’re not having fun?”

“And we’re not reading books we’re enjoying,” Fry added. “Life is too short to read books you don’t like.”

With season three in the bag and season four currently in the works, Cusker and Fry have reshaped their focus to be more like those early days meeting up for tea at Steep. Rather than assign each other a book to read, which to Fry “felt like it was homework,” the two will talk about what books they’re currently reading, which may or may not be the same—still a book club for two, just tailored to the interests of the hosts, which hopefully can start more of a dialogue between them and their listeners.

“I feel like if we can convince people to [read] the books we talk about and they reach out and tell us they read the book and they agreed or didn’t agree, that’s great,” Fry said. “Having that interaction with listeners is what we’re trying to do, to connect people to the books we like and have a conversation.”

Books and Tea Podcast, hosted by Kyrie Fry and Cori Cusker, features conversations on literature as well as a new interview-style format, each conversation taking place while the hosts sip local and national teas.

Preparing a book order for curbside pickup at Bright Side Bookshop.