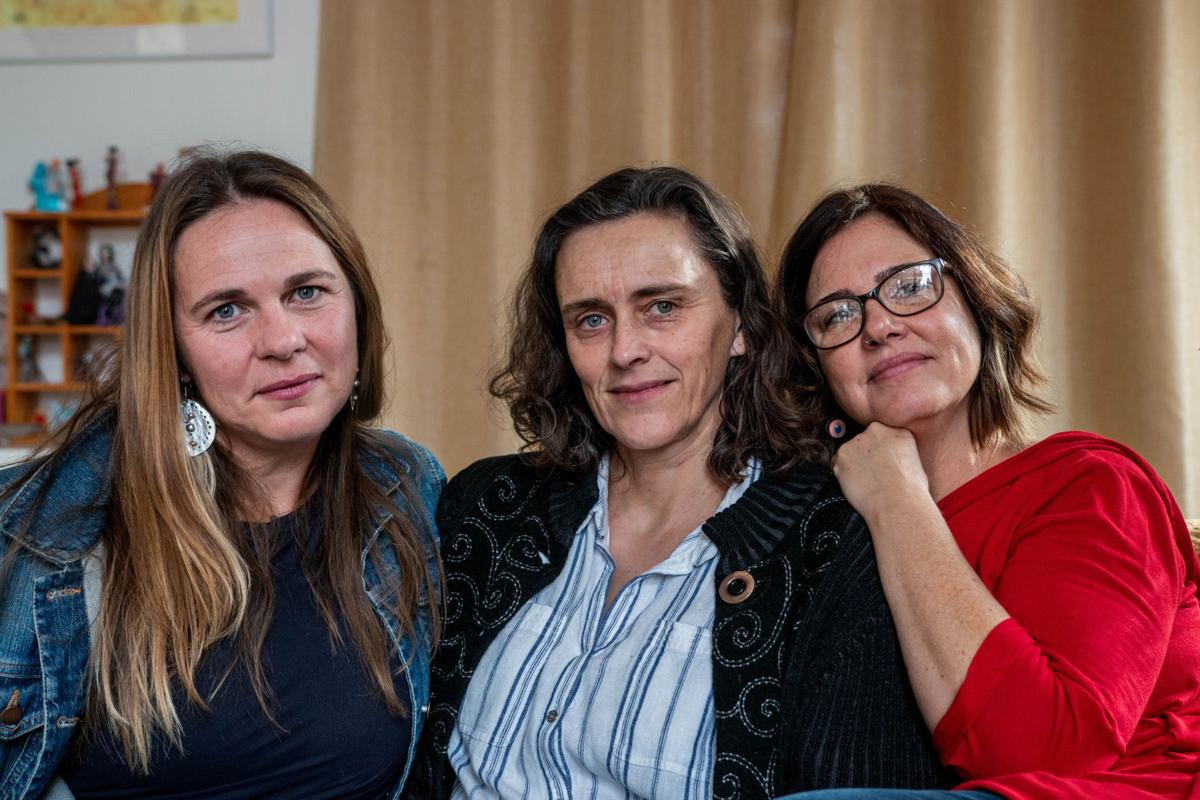 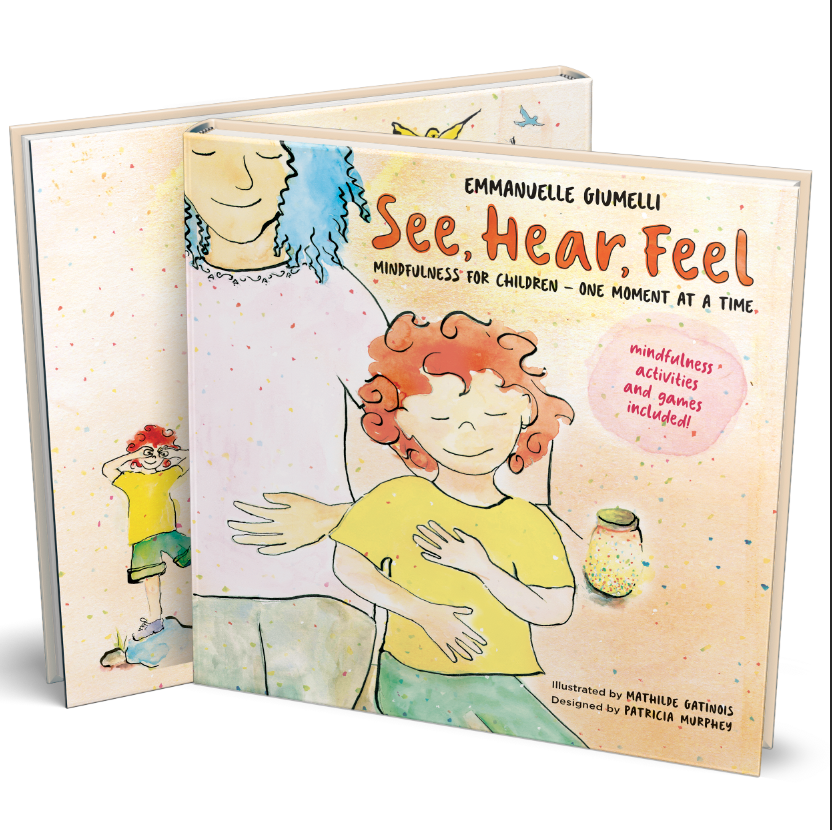 “See, Hear, Feel: Mindfulness for Children – One Moment at a Time” is available at Bright Side Bookshop, Barnes & Nobles and through Wisdom Publications.

Between stimulus and response there is a space. In that space is our power to choose our response. In our response lies our growth and our freedom. – Viktor E. Frankl

Life is constantly in flux, consistently moving in and out and between high and low, and we’re always being sold by media and self-help gurus the key to happiness. We’re always being told to set aside pain and sadness for joy, even if it means ignoring the root of the problem, and no one feels this more than children.

But rather than bombarding children with the message that happiness should be the standard, three Flagstaff authors are teaching us how to be mindful of our feelings, happy or sad, and how to express those feelings one moment at a time.

Emmanuelle Giumelli, Mathilde Gatinois and Patricia Murphey have authored a new children’s book, “See, Hear, Feel: Mindfulness for Children – One Moment at a Time,” published by Wisdom Publications in early November. The book follows a young boy named Charlie as he sees, hears and feels the world around him. It offers mindfulness activities and exercises for parents and teachers to use with children.

Giumelli is a mental health counselor and programs director for Mindfulness First, an organization that provides mindfulness training to educators, and she said the idea for the book came from noticing the misconceptions many people had about mindfulness and how the practice was always attributed to a sense of calm or happiness.

Rather than write a long-winded book with pages of research on the neurological, social and health benefits of mindfulness, the three set out to write a children’s book because they wanted to simplify the complex idea. Initial planning for the book began in 2016 after Giumelli and Gatinois participated in a silent retreat at the Grand Canyon. They said the process of writing, designing and illustrating the book became a mindfulness practice in its own right.

For Gatinois, who has spent most of her life as a painter, illustrating her first book was somewhat of a challenge.

“And that doesn’t mean that it was always pleasant,” added Giumelli with a laugh. “It was mindfulness in our frustrations, in our push and pull with each other and needing things from each other that we couldn’t deliver at that moment, but really trying to be in that, in those emotions and in that space.”

As friends before embarking on the book, Giumelli, Gatinois and Murphey connected in their exploration of mindfulness practices. They say it’s simple enough to practice day in and day out, and that when you skip a day, you can tell the difference in how you’re feeling and reacting.

“If you have a regular practice, you really start to see the difference in how you connect with people. ... You connect with people in a way that you don’t react to everything they say according to how you feel, because you catch that feeling and you recognize it before you’re going to react,” said Gatinois.

Viktor Frankl, the Austrian neuroscientist and Holocaust survivor, spoke of the freedom in discovering the space between stimulus and response, and his dictum finds its way to the heart of “See, Hear, Feel.” It's about living one moment at a time and finding the space to truly analyze what you’re feeling inside and outside of your body. In that regard, being mindful isn’t one more thing we have to do in our already busy lives. It’s a way of letting yourself be open to your emotions and becoming a better communicator with yourself and others.

As a child or an adult, there’s much to learn from practicing mindful living, but “the way that this is being introduced into classrooms and home, the kids will have that forever, like they learn math or the way they learn language,” said Murphey.

“This is going to be part of their lives, and I think it’s going to create a different generation.”

“See, Hear, Feel: Mindfulness for Children – One Moment at a Time” is available at Bright Side Bookshop, Barnes & Nobles and through Wisdom Publications. Visit www.flaglive.com this Thursday for a new episode of The Word, featuring an extended interview with Emmanuelle Giumelli, Mathilde Gatinois and Patricia Murphey

The Word: An Interview with Emmanuelle Giumelli, Mathilde Gatinois and Patricia Murphey

Life is constantly in flux, consistently moving in and out and between high and low, and we’re always being sold by media and self-help gurus …

If you are familiar with the Buzzard Brothers, the since-retired blues band that frequented Flagstaff venues in the 1990s and early 2000s, or …

“See, Hear, Feel: Mindfulness for Children – One Moment at a Time” is available at Bright Side Bookshop, Barnes & Nobles and through Wisdom Publications.