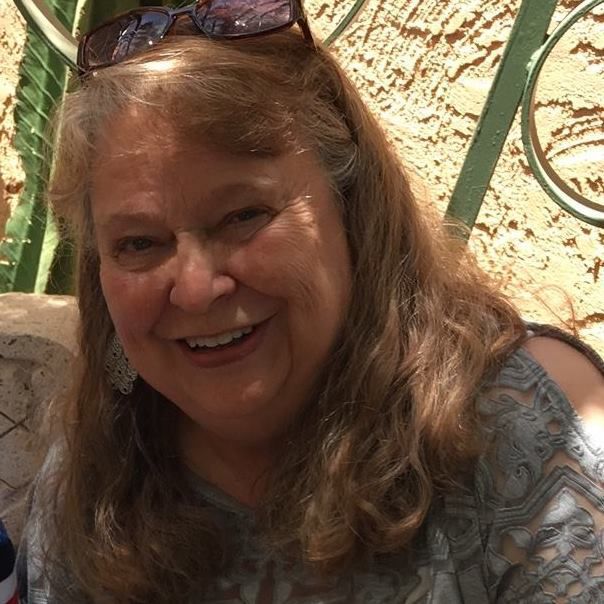 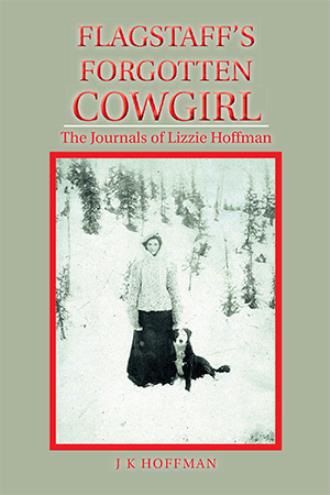 Author Judy K. Hoffman is endlessly curious about the past. She remembers being a child and her grandfather sharing stories about the family. As Judy grew into an adult, that curiosity stayed with her, and genealogy and family research have always been a hobby.

“Even as a child I’ve had this desire to know where I came from, and the more I researched, the more I wanted to know, and I realize I will never get all the information, but I want more,” Judy said with a laugh.

After her mother passed away, almost as a way to cope with the loss, Judy felt compelled to research her own family. When she finished with that, she felt a desire still to occupy her time, so she moved to her husband’s family. She said she thought with Gary’s family being local, there might be something interesting there. And what she found was a 100-year-old story about love and death that is as relevant now as it was then.

Hoffman tells this story in her new book, “Flagstaff’s Forgotten Cowgirl: The Journals of Lizzie Hoffman,” a historical-fiction told through the journal of a young woman, Elizabeth “Lizzie” May Hoffman. Judy will present the book at the Pioneer Museum on Friday, Sept. 14, for a reading and book signing.

Lizzie, Gary’s great aunt who was born in Kansas in 1876, lived an impetuous but curious life that eventually led her to the Flagstaff area with her partner Edwin R. Geddes. At a young age, Lizzie left her home and traveled across the country to the Tukon where she panned for gold. As a young woman in the early 20th century, Lizzie lived a non-traditional life seeking odd, labor-intensive jobs in her travels. In Flagstaff, she would become a rancher alongside her husband who had been known to act erratically. And at 31, Lizzie’s fast life, tragically and unexpectedly, would come to an end.

“Guns, anger and alcohol,” Judy said shaking her head. “One of those things by themselves is not very good, but the three of them together — that’s a deadly combination.”

Judy compares Lizzie’s death to a shooting death of a Flagstaff woman, Kinsey Beebe, earlier this year. According to reports, Beebe was shot and killed Feb. 28 after an argument over a gun in the home of Adonis Encina Velarde and Abraham Puentes-Ortiz. The two men were accused of killing Beebe and also accused of another shooting at a home on North Sanford Place.

Upon reading about the incident, Judy was shocked by the violence. She, like many, had her own opinions about what happened that night in February and found a correlation between Beebe’s story and Lizzie’s.

“[Beebe] wanted to protect her boyfriend, which is exactly what Lizzie was doing. She was protecting her husband from making a bad mistake,” said Judy. “Out of love, I don’t care if you’re a mother, a wife or a girlfriend, women feel this need like the lioness protecting her cub. It’s so powerful. I have experienced it myself and know that come the right situation, I'd put myself in harm’s way to protect that loved one no matter what the consequence could be. That’s what Lizzie did.”

Though not traditionally a writer and author, Judy said she sees herself as more of a storyteller, and when she initially began research on Lizzie, she knew immediately there was a story. After working as a dental assistant for more than 30 years, Judy quit her job in 2016 to begin work on the book. The previous year proved difficult for Judy, dealing with numerous surgeries and a kidney cancer diagnosis, and she felt compelled to tell Lizzie’s story.

“I decided that it was now or never to write the book. I left my job and said, ‘I’m going to write a book,’” Judy said. “I really put my foot into it and committed myself. I had no clue how it would come out because I’m not a writer. The story just came to me.”

Bordering on a strange and perhaps far-fetched spiritual connection, Judy said it was Lizzie who came to her during her most difficult times in writing the book.

“[Lizzie] wrote the book through me. She kind of led me to where I needed to go. My kids say, don’t tell them that. They’ll think you’re weird,’” Judy said, understanding the perception it might portray.

After her editor convinced her to change the perspective to first-person journal entries, Judy said writing the book was one of the most challenging and rewarding projects she’s undertaken, and that everyone can learn from Lizzie's story of love, anger and violence.

“[Lizzie] will always be a part of me, and I will always research her. As I call it, it’s being bitten by the Lizzie bug. Once you start thinking about her, you find yourself unable to stop,” Judy said. “She’s just a powerful woman, and she just wanted her story told. I’m just glad I could tell it.”

“Flagstaff’s Forgotten Cowgirl: The Journals of Lizzie Hoffman” was self-published through Xlibris and is available at the Pioneer Museum, 2340 N. Fort Valley Road. The museum will host a book signing and reading featuring Judy Hoffman on Friday, Sept. 14, from 6:30-8:30 p.m. The event is free and open to the public. Seating is limited, and RSVP is required. www.arizonahistoricalsociety.org

Meehan looks back on 44 years of working with Flagstaff's history

Through the years, everyone from loggers, sheepherders, mill workers, pioneers, college students, scientists and astronomers have called Flags…