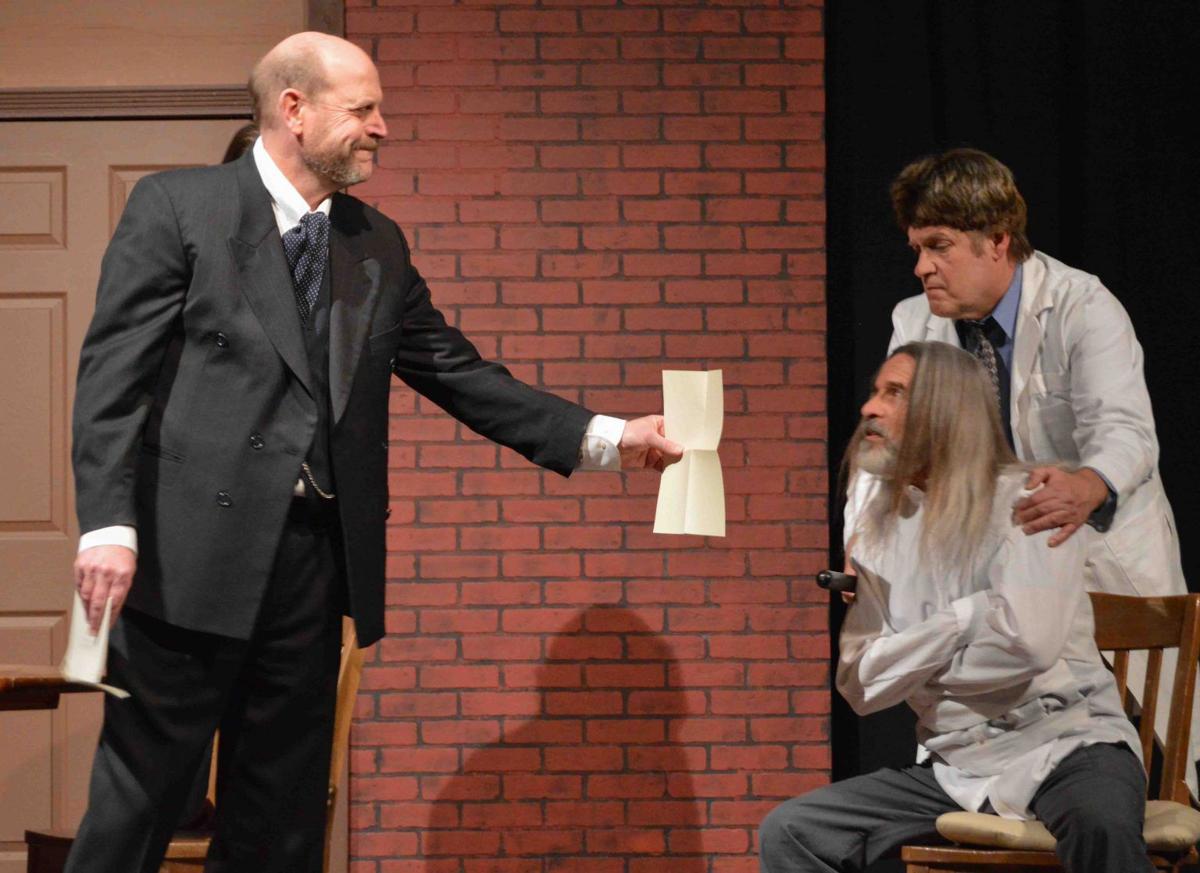 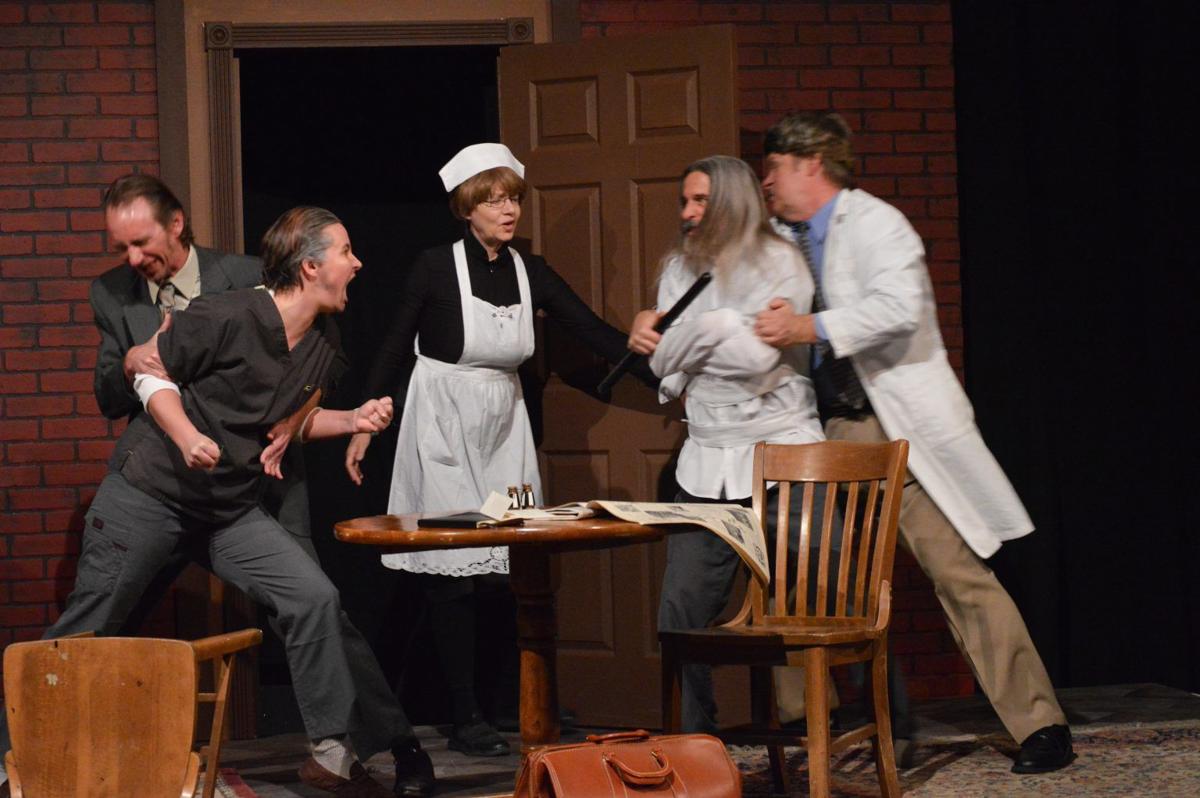 Holmes and Watson flips the script on the traditional Sherlock Holmes narrative, making his confidant Dr. Watson the main character in search of the truth.

In 2018, award-winning playwright Jeffrey Hatcher—writer of the Tuesdays With Morrie stage adaptation among others—revived the story of Sherlock Holmes. Since Sir Arthur Conan Doyle penned the famous detective novels in the late 19th century, countless plays, films, comic books and even puppet shows have cast their own interpretation of the witty crime-solving genius and his partner, Dr. Watson. In Holmes and Watson, Hatcher’s iteration of Conan Doyle’s The Final Problem novel in the series, Holmes’ partner and voice of reason, Watson, takes center stage.

The production, currently being put on by Flagstaff’s Theatrikos Theatre Company, opens with Holmes’ supposed death. Audiences learn that the daring (and oft-foolhardy) sleuth tumbled over Reichenbach Falls in Switzerland—his arch nemesis, Professor Moriarty following suit. We, like Watson, assume Holmes is dead. But it doesn’t take long for us to question if that is really the case.

“It’s a fun show and it has some twists at the end, which I really liked and I thought the audience would too,” Mickey Mercer, director of the Theatrikos production, said. “The audience gets to laugh and enjoy it. It certainly isn’t a serious play, let’s put it that way.”

Holmes and Watson follows Watson as he seeks to learn the truth, which seems to be contrary to the fatality first posited. First, Sherlock’s body was never found; second, several fraudsters have attempted to claim the detective’s identity.

“The other Sherlock Holmes [plays] I’ve done have Sherlock in search of the answer, chasing after the bad guy,“ Mercer said. “In this production, Sherlock Holmes isn’t going out and solving the mystery with Dr. Watson, it is Watson trying to solve the mystery surrounding [Holmes’] death.”

Suddenly, a telegram arrives informing Watson that three men, each claiming to be Holmes, have been committed to a remote asylum off the coast of Scotland.

“Instead of a book-lined study or the streets of London, we’ll be creating a dark, dank asylum and the tenseness of a film noir,” Mercer said of the play’s setting—also something quite distinct from other Holmes adventures.

The gloomy, confined nature of the asylum was something Mercer placed great focus on. A small, raised platform in the center of the stage, meant to depict the limited confines in which the three Holmes find themselves, is the setting for most scenes in the play. Flashbacks and moments outside the asylum take place either in front or to the left of the platform.

“It’s a really tight space for the asylum and that’s sort of what I wanted, was this kind of claustrophobic feeling. It’s a much smaller acting area than people normally see at Theatrikos,” Mercer said. “And we used the other parts of the stage sparely.”

Holmes and Watson, whose Flagstaff cast includes Dean Barker, Dean Benforado, Chase Coleman, Amanda DeLano, Rob Peters, Tanya Rae and John Winikka, keeps audiences laughing and at the edge of their seats as the detective and his main confidant find themselves at the center of yet another adventure.

Performances of Theatrikos' Holmes and Watson will be held at 7:30 p.m. Thursdays, Fridays and Saturdays, and at 2 p.m. Sundays through Feb. 16. Individual tickets are $20-24, plus applicable fees. Tickets can be purchased online, by calling (928) 774-1662 or by visiting the theater’s box office, which is open from noon to 6 p.m. Mondays, Wednesdays and Fridays, and two hours prior to each performance.

The Flagstaff Shakespeare Festival is bringing Sam Shepard’s award-winning off-Broadway classic A Lie of the Mind to Flagstaff. Set in Montana…

Holmes and Watson flips the script on the traditional Sherlock Holmes narrative, making his confidant Dr. Watson the main character in search of the truth.