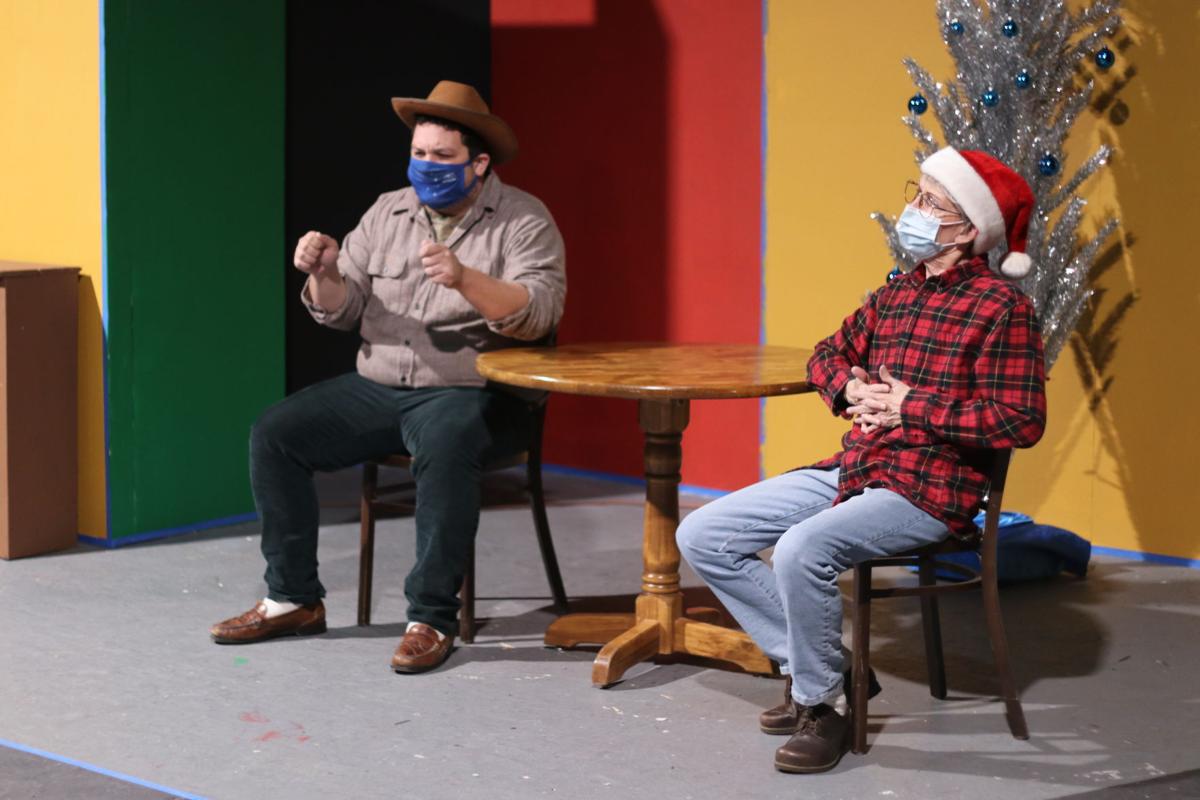 Radio station DJs Arles Struvie, played by Evan Luthye, and Thurston Wheelis, played by Susan Chastain, banter back and forth on the various goings on of Tuna, Texas. 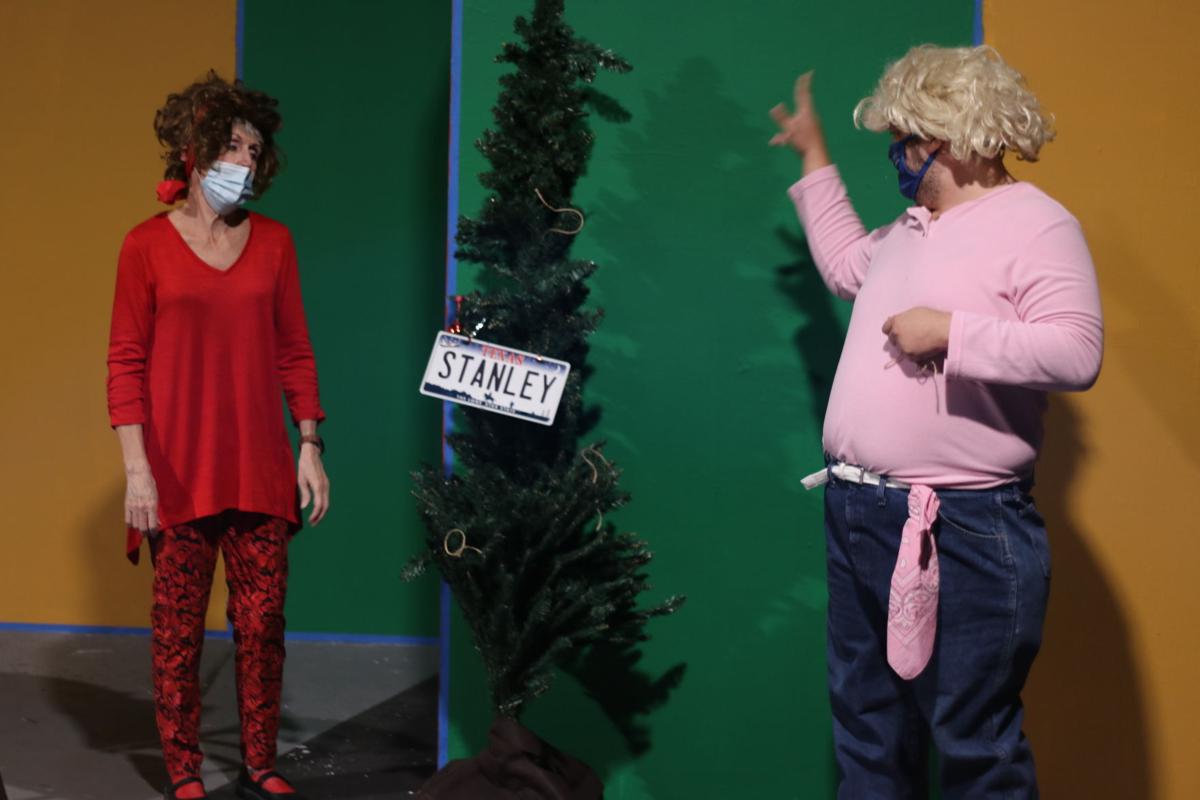 Chastain and Luthye play all 22 characters in "A Tuna Christmas," like Bertha Bumiller and her daughter Charlene.

In the fictional town of Tuna, Texas—the third-smallest town in the state—residents are preparing for the annual Christmas Yard Display Contest, although good luck to anyone hoping to beat 14-time winner Vera Carp. An unknown “Christmas Phantom” has also been going around sabotaging people’s decorations, threatening to ruin the contest.

Like many other theaters this holiday season, Theatrikos Theatre Company has forgone large-scale productions in favor of “A Tuna Christmas,” which casts two people to take on multiple roles across different genders and ages. The comedic play written by Jaston Williams, Joe Sears and Ed Howard debuted in 1989.

“I first saw it I think in 1995 and I was actually in Texas,” Evan Luthye said. “It’s always been something I wanted to try. It was on my bucket list of roles to do and it’s definitely the hardest I've ever had to work for a play.”

Luthye and Susan Chastain take on quick costume changes along with vocal and mannerism adjustments to transform into the 22 eccentric characters who call Tuna home. There’s housewife Bertha Bumiller, played by Chastain, and her children Jody, Stanley and Charlene, played by Luthye as he sways between acting tough and disinterested as Stanley or sassy and disinterested as twin sister Charlene, sashaying his hips with attitude. Or Chastain’s Elmer Watkins, who lost his eyebrows after a flameshooter incident, and Luthye’s Arles Struvie, a disc jockey at Tuna radio station OKKK. Chastain said she enjoyed stepping into a variety of roles and exploring ways to convey these unique characters.

“It's definitely a challenge for not only the actors, but the dressers that are dressing them,” director John Propster said. “Hats off to Bracken [Davis], our costume designer, because she's had nothing to work with, we've had no budget for the show. It's kind of like a labor of love putting it together.”

With four live-streamed performances, “A Tuna Christmas” hopes to bring some levity to people’s lives during the COVID-19 pandemic even if they can’t get together in person. Theatrikos had originally planned for limited admittance but decided to shift gears as cases continued to rise across the country and worldwide. Instead, spouses and family members of the cast will be able to attend and provide laughter to let the actors know what jokes land.

“That way, not only do we play off of that, but it also helps us understand the kind of pauses we'll need to take,” Luthye said. “If there was no audience at all, we might just be acting over laughter.”

The limited audience members will also be required to show proof of a negative COVID test, same as the cast and crew before they begin mask-free rehearsals next week. The virtual aspect also allows for a wider audience to tune in from beyond Flagstaff and the surrounding area.

“My daughters and sisters haven't been able to see me in anything in about 10 years and now they will, which is cool,” Chastain said.

“I was in ‘Little Shop of Horrors’ last summer that John directed and I had quite a few friends come in from out of town just to see it, but now they don't have to do that,” Luthye added. “They can stay safely in their home.”

Just because travel and gathering is discouraged, doesn’t mean people need to give up live entertainment.

“And this will give them a good time,” Propster continued. “Pack up your troubles and smile, smile, smile.”

Chastain added with a laugh, “I told my knitting friends today to make sure they had all their bladder control stuff with them because they will be laughing.”

Matt Damon hopes Ben Affleck and Jennifer Lopez are back together

Ryan Thomas confesses marathon challenge is 'tougher' than he thought

Ryan Thomas confesses marathon challenge is 'tougher' than he thought

“No town, no city is complete without its art, without its spirit,” artist Shonto Begay said when he was honored at last year’s Viola Awards G…

Radio station DJs Arles Struvie, played by Evan Luthye, and Thurston Wheelis, played by Susan Chastain, banter back and forth on the various goings on of Tuna, Texas.

Chastain and Luthye play all 22 characters in "A Tuna Christmas," like Bertha Bumiller and her daughter Charlene.